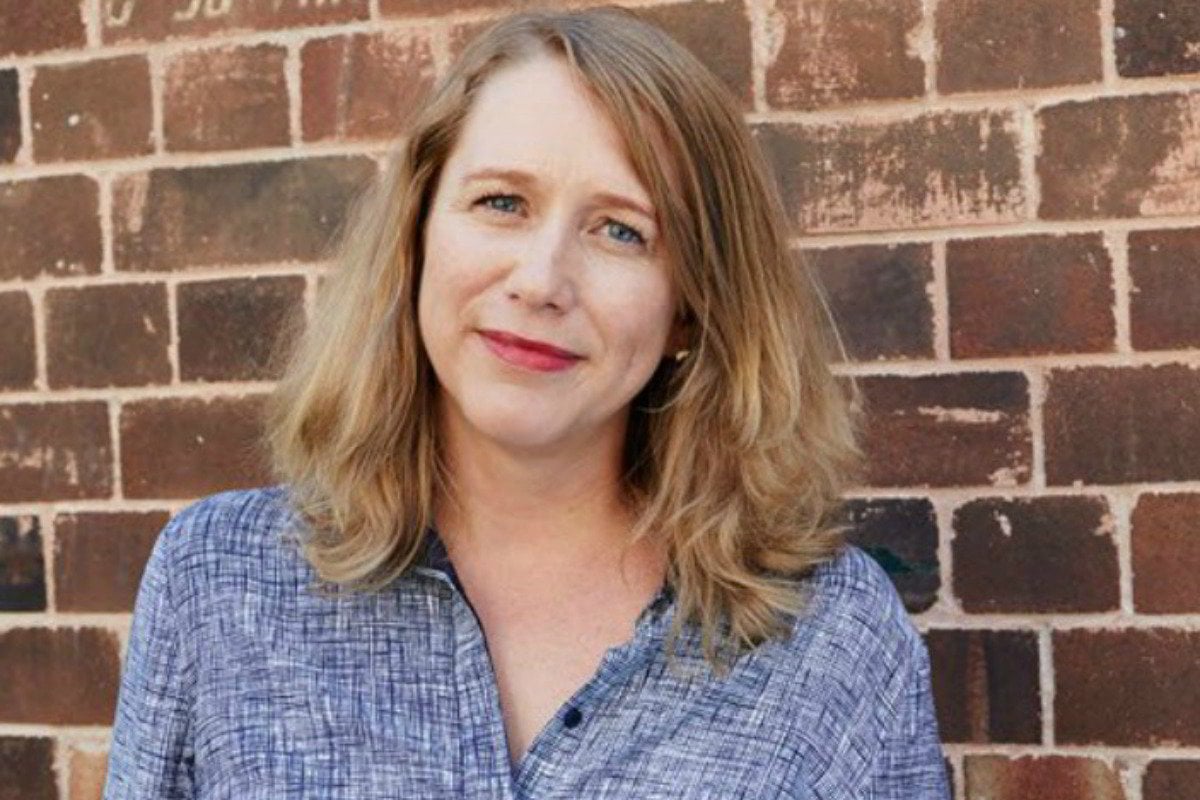 "Millennials" are high-maintenance to manage.

In case you missed it, this week Ita - off the record, it must be noted - spoke about what's changed in the media workforce over the years. Her comments made headlines, blew up Twitter and got Whats-apped to people like me tens of times. As a result, a generational workplace war is simmering again. 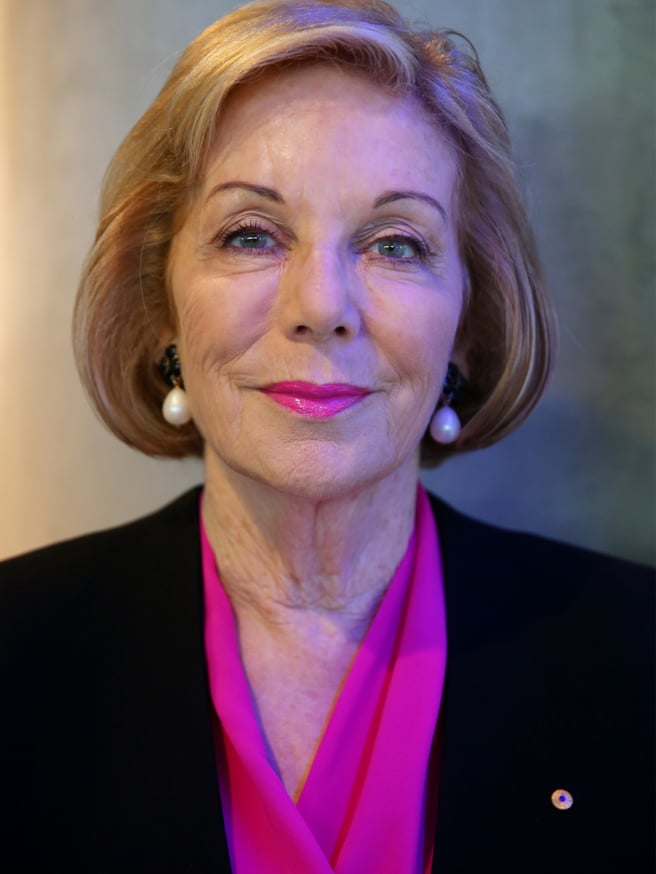 Here is an extract from the Sydney Morning Herald outlining the comments that the publishing legend and Chair of the ABC reportedly made at a Chamber of Commerce meeting on Wednesday.

"What does change is the expectations of staff, that's where the change occurs," Buttrose said. "The younger workers like more transparency."

Buttrose said this was in stark contrast to when she was a journalist, when she said not hearing from proprietors like Sir Frank Packer and bosses was a good thing because "no news means good news".

"But it seems to me that today's younger workers, they need much more reassurance and they need to be thanked, which is something many companies don't do.

"You have to understand that they seem to lack the resilience that I remember from my younger days," Buttrose, now 78, said.

You've heard the arguments before, no doubt: The young people don't know how lucky they are. They've had everything handed to them in an era of affluence. They have no resilience. They are snowflakes; pretty in photos, but delicate and easily broken.

And the old people? Well, they don't know how lucky they are. They had everything handed to them in an easier time. They don't understand technology and move too slowly. They're hoarding power, money and are resisting change. They're bigots; stuck in the mud.

And it's into this mess that Ita Buttrose's comments landed with a splat.

I am thirty years younger than Ita, who I have admired throughout my career, and that doesn't make me young. I have worked, like Ita, in the very specific world of media, for almost three decades (not at the same level, it must be said, with a bow). And although all of this discussion is based on coarse generalisations, there is a lot to agree with in her comments.

I work, overwhelmingly, with "Millennial" women (let's say, under 35, some very, very under 35). I have done for years and years. I have been their colleague, their employee, and their boss. And these are the stereotypes I would be comfortable saying, in my experience, are broadly true.

They do need tonnes of reassurance and regular recognition.

They do demand a high level of communication and information at all times.

They do get emotional at setbacks and are highly sensitive to criticism.

They do expect a fast career progression and get restless without it.

They do expect a lot from their managers and bosses.

But here's what I've come to realise: Thank God for that.

From the moment I set foot in a magazine office as a work-experience intern in London, I knew that writing and working in the media was what I wanted to do. And I gave it everything.

Stories from my own early working life prove that the same broad strokes of generalisation are true about my generation, X.

I "worked my way up" from the shit jobs, always pulling late nights and weekends, rarely getting paid for it, rarely complaining.

I considered myself "lucky to be there" - even though actually, as an educated, white woman of reasonable ability, there really wasn't anything that remarkable about it.

I didn't often push for pay rises and promotions. I had a broad understanding that if I worked hard and was good at what I did, it would be noticed and rewarded in time.

I didn't expect (or receive) recognition unless I'd done something exceptional. Otherwise, it was a given that I would deliver.

I had some bosses who would shout, swear and abuse.

I had male bosses and colleagues early in my career who made passes. Who joked about me providing the tea and sandwiches for meetings. Who touched a little too much.

None of these things are badges of honour. I'm also not complaining about any of it. They're just facts.

I did well. I have a great job. I've done a lot of things I've wanted to do. I write books, which has always been a fantasy. I've had a lot of adventures I wouldn't have had in any other profession. There's still so much more ahead of me. I am aware of that extraordinary privilege.

But when the battle lines are drawn over who was born when and what it all means, I am a generational traitor.

Because I've come to stand in admiration of the young women I work with and have worked with who know their worth.

Of course, a sturdy work ethic, resilience, commitment and loyalty are excellent traits in any employee.

They are also traits that I see around me in spades in these women. None of them are incompatible with any of the observations from that other list above.

I see them intolerant of the notion their gender would hold them back at work.

I see them hungry to learn and improve through the feedback older managers find so tiring to give.

I see them being realistic and honest about mental health challenges, something unheard of even 10 years ago. Then, you burnt out and broke down at your peril.

I see them refusing to sacrifice their time, health and relationships in the unquestionable service of businesses who would, likely, replace them in a heartbeat.

I see them demanding parity with others. Passing on the learnings that they crave. Craving an understanding of how decisions are made. Wanting to stand for something.

I get it. It isn't possible to hand out promotions like lollies. It can be infuriating to feel like you need to thank everyone just for turning up every day.

But at its core, what some 'older' bosses are complaining about is that it is exhausting managing people who refuse to just work hard and shut up.

Well, get used to it.

Generation "lucky to be here" are over. They've seen through the lie.

They've seen leaders replaced within a news cycle, authority being stripped by a Twitter storm.

They've seen jobs morph from something you got and held onto into a transient "gig" that you might need five of to survive.

And they're still striving. Isn't that resilience?

And, isn't this what we wanted? A generation of young women who believe in themselves? Who ask for what they want? Who know what they deserve?

Well, here they are. And they're living and working through times that would stiffen the flimsiest snowflake.

I learn from them every day.

All they want is some recognition, some respect. And maybe, the occasional hug.

Reply
Upvote
Thanks for writing this Holly. As a younger gen Y, it’s nice to know that not everyone jumps on board the Gen Y bashing. (Also, side note when did we start referring to Gen Y as millennials?)
Also thanks to Jessie too who explains really well why people in the current environment may want reassurance and why they may have some level of expectation (which somehow became entitled) once they’ve been  at uni f or 3-5 years and usually done an internship or two. Even after you do that, trying to find a job can be very  difficult as it’s simply not as easy to find work as it was (broadly speaking) in Ita’s youth.
I don’t understand the participation trophy argument because I never had the expectation  or experience in life. (Is this more for gen z?)
In saying that, wanting to be recognised for your hard work isn’t a bad thing. I don’t think it’s unreasonable to want to feel like you are more than just a cog in the system. I’ve worked for two employers who I worked really hard for but I was never recognised for it nor was my pay compensating  for my work.
Lastly, as holly writes what gen y may want from their employer and careers isn’t necessarily terrible. Sorry this was so long! (As you can tell, I have a lot of feelings about this topic).
A
anonymous 2 years ago

Reply
Upvote
1 upvotes
Imagine what the workforce would be like if women of all generations had each other's backs.
Older women could guide the millenials with resilience strategies to manage work anxieties, time management and personality navigation, provide mentoring and encourage them in how to not sweat the small stuff by de-personalising themselves from their work personas.
Millenials could guide older women in overcoming their fear of technology, having the courage to be visible and put your hand up, overcoming unconscious prejudices towards minorities and being more courageous in demanding equality, which millenials manage as easily as breathing.
Can't we see the workplace like the Olympics, where older women are carrying the torch and then hand it to the next? We have to stick together to fight the greater problem of inequity with men. We can't afford to turn on each other now.
G
guest2 2 years ago

Reply
Upvote
@anonymous   You seem to think women are a homogenous group, all part (or should be) of a collective group think, wanting the same goals and outcomes in life.   Individual women are just as diverse as the workforce is, some are ambitious, goal and career orientated and others not so much.  Women can  be and are as competitive in men in the workplace and this trait is part of human nature and has nothing to do with equality.     I do object your insinuation that older women in the workforce have unconscious prejudice towards minorities - that is an offensive statement not substantiated by fact, just as older women are technophobes.
L
lizbette 2 years ago

Reply
Upvote
@anonymous Do you realise how condescending your comments about guiding older women and their 'fear' of technology and other generalisations you made comes across? Completely tone deaf.
C
cat 2 years ago

Reply
Upvote
@guest2 I think you just proved their theory- we literally all have unconscious prejudices. The point is that there need to be active strategies to combat that, like gender blind resume assessments. No one is saying than boomer women are racist, just that millenials have actively engaged in anti-racism education.
G
guest2 2 years ago

Reply
Upvote
@cat I have  never actively engaged in anti-racism educaton, because despite what the author of White Fragility maintains,  I do not believe myself to be rscist, even though the author says, by making this claim, I must be racist.  I was raised to treat every individual with dignity and any unconcious biases I maypossess have never negatively impacted the way I treated employees or fellow colleagues.  Do not presume to lecture me about racism, conscious or unconscious.   If you want to see what real racism is, go live and work in Saudi Arabia.  Except the topic was about ageism in the work place, not racism.
News
General
Opinion
True Crime
Politics
Sport
Explainer
Entertainment
Celebrity
Reality TV
Movies
TV
Books
Rogue
Royal
Lifestyle
Beauty
Fashion
Weddings
Home
Wellness
Health
Fitness
Travel
Food
Family
Before The Bump
Pregnancy
Baby
Kids
Teens
School
Parent Opinion
Work & Money
Money
Finance
Career
Lady Startup
Relationships
Sex
Dating
Separation
Friendship
Family
Real Life
Couples