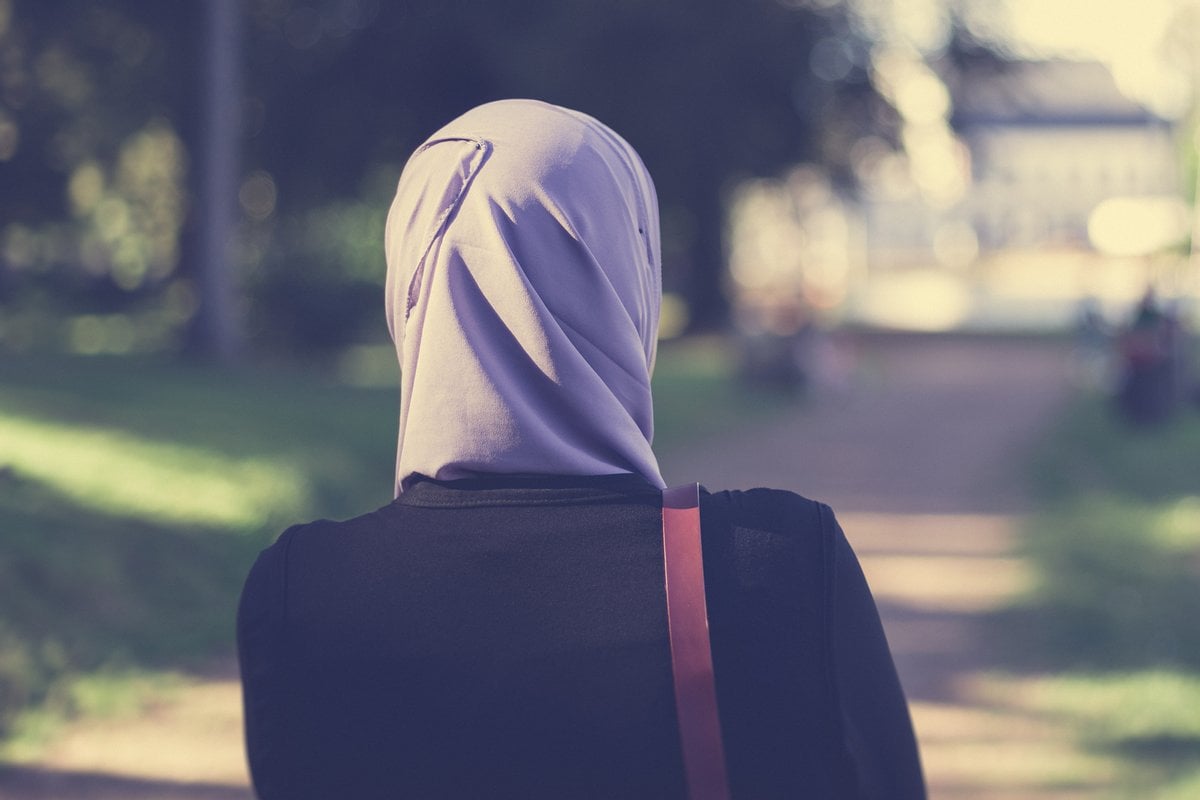 It was your average Sunday evening.

My sister, her four young children and I had just returned from a trip from the city. We decided that day to take a train to share the humble experience of the 80s style covered train seats and rush of public transport with my nieces and nephew. As we hopped off the train, we chatted excitedly about our day and what we had seen.

Holding hands with my nieces and nephew we passed through the gates and swiped our cards. What looked like an Anglo man, medium build, messy hair stood to our left, blank faced staring in our direction.

As hijabi women, we have been forced to adapt to strangers’ prolonged unwanted stares when carrying out our daily activities.

We often make a game of it: is this person staring because they find me beautiful? Or am I about to be verbally (or, in some cases, physically) abused? More often it is the latter.

The man took slow steps towards us, holding a strong glare. He stood over us: my sister, my three nieces and my nephew.

He continued to spew our racist abuse, calling us 'ragheads' and 'terrorists'.

Our happy chatter quickly turned to fear and shock. Our first instinct was to protect the children, so we hurried away from the man.

But he'd triggered my identity complex of not feeling I belong to a country that has only ever been my home. Anger filled me and I decided not to stay silent.

"We were born here, you bigot," I screamed back.

I wasn't interested in convincing a racist Islamophobe of my humanity. I simply refused to allow him to think he had the right to threaten and intimidate us.

Of course, a hijabi woman fighting back, refusing to be intimidated, only made him more aggressive.

He ran after us, screaming hateful words. We had to run to the car and quickly lock the doors as he followed us.

Bystanders looked on silently as we struggled to carry and rush the young children to a safer space.

We drove home all utterly shaken and in tears.

My sister and I had held off processing the emotion of what we had experienced. We went into parental mode. We spent the drive back home explaining to children - all under the age of 12 - why people behave this way; that it was not their fault or responsibility.

We bore witness to their first encounter with Islamophobia and it was devastating to us that it had happened to them at such a young an age.

Unfortunately, this story is not unique to me.

In fact, as horrible as it was, it’s fairly tame compared to the violent attacks Muslims, particularly Muslim women, often face in Australia.

Our experience was typical when we consider the alarming statistics gathered in the Islamophobia Register Australia’ (IRA) 2022 third report, showing that 78 per cent of perpetrators of Islamophobia are men and their main targets are mostly women, with 82 per cent of Islamophobic abuse being reported by women.

Our declaration of faith in the form of a piece of material on our head has somehow been interpreted as a dart board target for men who consider themselves entitled to decide who can feel safe and who can belong in this country.

It’s a classic case of racism and misogyny.

Growing up in the 90s and early 2000s one of the main lessons I was taught in school was that we are a multicultural country that celebrates our differences.

Despite this not always making sense in my head, particularly with state-sanctioned violence and discrimination against Aboriginal and Torres Strait Islander communities and the way people sometimes spoke down to my hijabi mother for no reason, on multicultural days I still wore my traditional clothing and brought a plate of baklava to share with my peers in celebration of diversity.

On the third anniversary of the mosque shooting in Christchurch, New Zealand, in which 52 Muslims were massacred by an Australian terrorist, the IRA’s 2022 report determined that there has been an increase of Islamophobic incidents reported to them.

Whether dealing with online death threats to Muslims of all ages, racist graffiti on places of worship, or pulling off Muslim women’s hijab in the streets, Islamophobia permeates public and private spaces.

It happens in big, spectacular, shocking incidents of violence, like Christchurch, or in everyday, ordinary spaces. Like the first school I worked at, when a young man walked past me and called me a 'towel head' as I stood with my class of students in the front of the school grounds.

Or among colleagues, like the time I was driving with another teacher who wanted me to turn the volume up on Alan Jones’ talkback radio show because she unashamedly shared his views on 'migrants in particular on Muslims'.

Or at the airport, like the time I was pulled over for questioning because I 'fit the profile' of someone who 'looks suspicious' and had my belongings and body searched for over an hour, almost missing my international flight.

Or in the shopping center, where Muslim women are ignored by shop assistants or assumed to not speak English because our English literacy skills are judged by a piece of cloth on our head.

Or how some Muslims, despite their qualifications and experience, are not considered for positions based on how Muslim their name sounds.

There is nothing honest about parading ourselves to the world as a diverse country when the problem of racism and Islamophobia is not only ignored, but continues to escalate. As a teacher, I know that education must start from the home and within schools.

Sharing baklava or wearing traditional clothes on Harmony Day assemblies isn’t enough. It’s cosmetic. We need to take seriously the work of making society safe and open for everybody regardless of a person’s cultural or religious background. We need to have conversations about what respecting diverse lives means. About racist violence. About why most perpetrators against hijabi Muslim women are Anglo men.

About the fact that the only people who can claim the right to ownership over this land we live on are First Nations peoples whose sovereignty was never ceded.

My identity, safety and well-being is not negotiable. My identity should not be questioned by how much skin I cover, or the direction in which I pray. I am a proud Australian-born Muslim and will continue to hold both identities dear to me just as my parents taught me to.

A
azzuri a month ago

Reply
Upvote
1 upvotes
I know how you feel. Unfortunately there are still many racists people. Growing up in Melbourne in the 70s wasn't easy. Being Italian, we were constantly called "wogs" by the Aussies. I remember throwing my lunch in the bin as soon as I got to school, as it had prosciutto & provolene cheese in it. The Aussie kids would tease us yelling out "wog food stinks." We were abused, yelled out and spat at! Hold your head up high and be proud of your heritage.
S
sylv a month ago