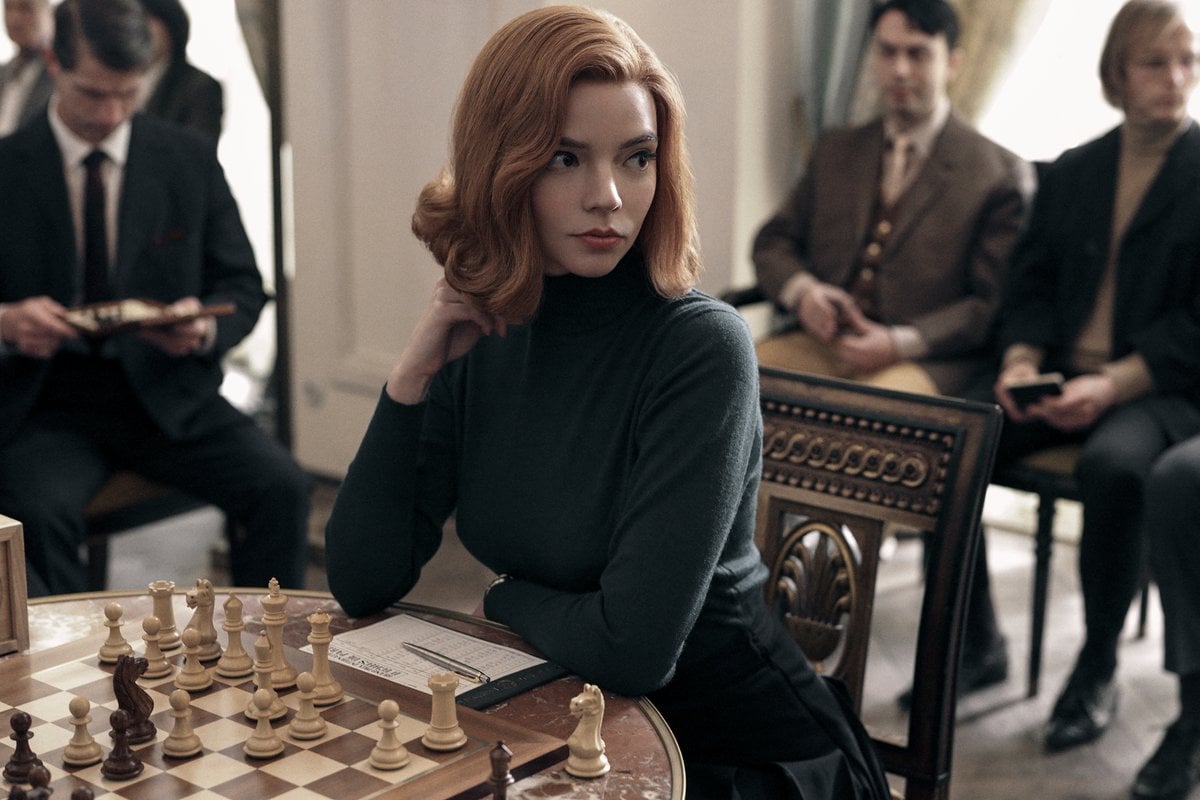 Warning: This post contains spoilers for The Queen's Gambit.

As the end of the year draws close, The Queen's Gambit has cemented itself as one of the year's must-watch series.

The drama miniseries, which dropped on Netflix in October, follows the story of Beth Harmon (Anya Taylor-Joy), an orphaned chess prodigy who works her way up in the chess world by competing in male-dominated tournaments.

Across seven episodes, the gritty series follows more than a decade of Beth's life.

Watch the trailer for Netflix's The Queen's Gambit below. Post continues after video.

Set during the Cold War Era, the series sees Beth progress from the basement of a Kentucky orphanage to the world championships in Russia as she struggles with drug and alcohol addiction, grief, and unrequited love along the way.

With the series currently dominating the charts on Netflix, here are seven burning questions you had after watching The Queen’s Gambit, answered.

Is The Queen's Gambit based on a true story?

The Queen's Gambit is based on a novel by Walter Tevis, which was published in 1983.

Originally, Walter Tevis' novel was set to be turned into a film.

In the early 2000s, screenwriter Jesse Kornbluth and actor Heath Ledger were working on a script. At the time, actress Ellen Page was reportedly slated to appear in the film's lead role.

But after Ledger's untimely death, the project was ultimately shelved.

While the novel is fictional, chess expert Dylan Loeb McClain recently pointed out that Beth Harmon has a few similarities to American grandmaster and chess prodigy Bobby Fischer.

Much like Beth, Bobby defeated the defending Russian grandmaster during the Cold War. Similarly, Bobby was well known for his aggressive style of gameplay. 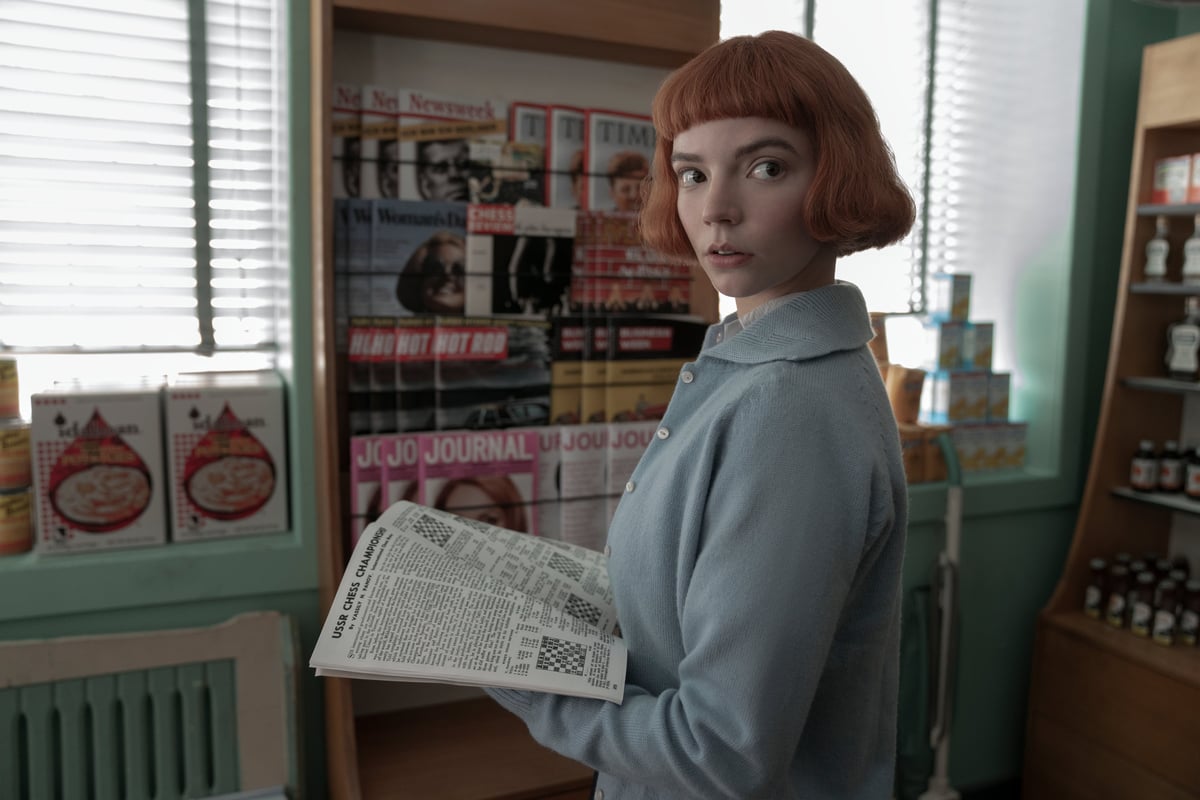 What does The Queen's Gambit mean?

In chess, a gambit refers to a chess opening in which a player sacrifices a game piece to gain an advantageous position.

The Queen's Gambit is known as one of the most popular gambits, and it's the move Beth uses in her final match against Vasily Borgov.

According to The Chess Website, the objective of The Queen's Gambit is "to temporarily sacrifice a pawn to gain control of the centre of the board".

How accurate is The Queen's Gambit?

From the chess clocks to the recording of moves, the show's depiction of competitive chess is incredibly accurate.

In fact, the actors were even taught how to hold and move the pieces like experienced chess players.

"You can freeze frame anything, and it's a real chess setup," writer-director Scott Frank told Entertainment Weekly.

One of the few inaccuracies within the series is that players are actually forbidden from speaking during games of competitive chess. 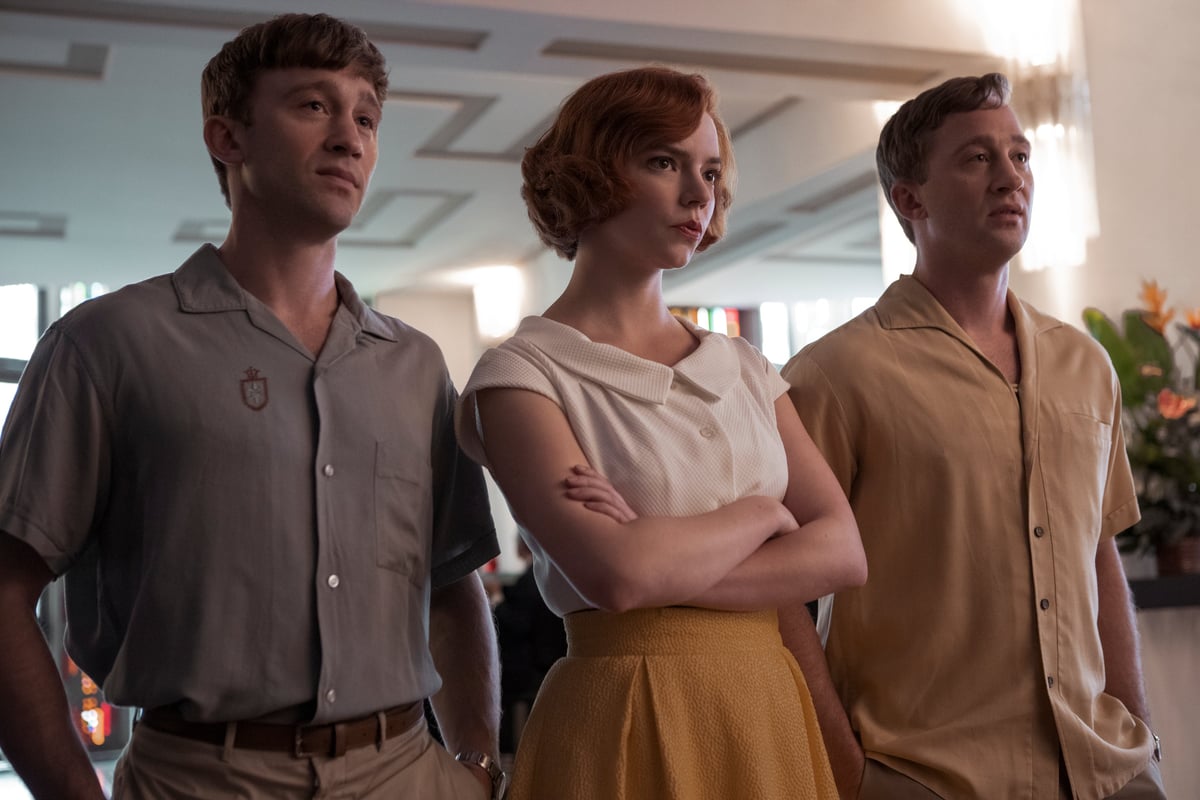 Did the actors actually play chess?

In The Queen's Gambit, the chess sequences were put together by chess coach Bruce Pandolfini.

According to a statement from Netflix, every chess move in the series was completely architected by Bruce Pandolfini, who also advised the original novel.

"We had to create the chess positions first, and we started with a base of about 100 positions," Pandolfini said in a statement.

"I think it mushroomed to close to 500 different chess positions by the end. That’s more than any other project that’s dealt with chess before."

What are the green pills Beth takes in The Queen's Gambit?

In the first episode of The Queen's Gambit, Beth Harmon and the other children at the orphanage were each given two pills – a yellow pill and a green pill.

While the green pills are eventually taken away from the children, Beth later develops an addiction to the tranquiliser drugs.

In the series, the pills are given a fictional name, Xanzolam. However, it's believed the green pills were inspired by benzodiazepines, tranquiliser drugs that reduce anxiety.

In the 1960s, "benzos", such as the sedative Librium, were often prescribed to housewives and young women.

As for the role of such drugs in orphanages, a 2018 BuzzFeed News story reported that many children in orphanages in the United States and Canada were given behaviour-altering drugs, including sedatives. 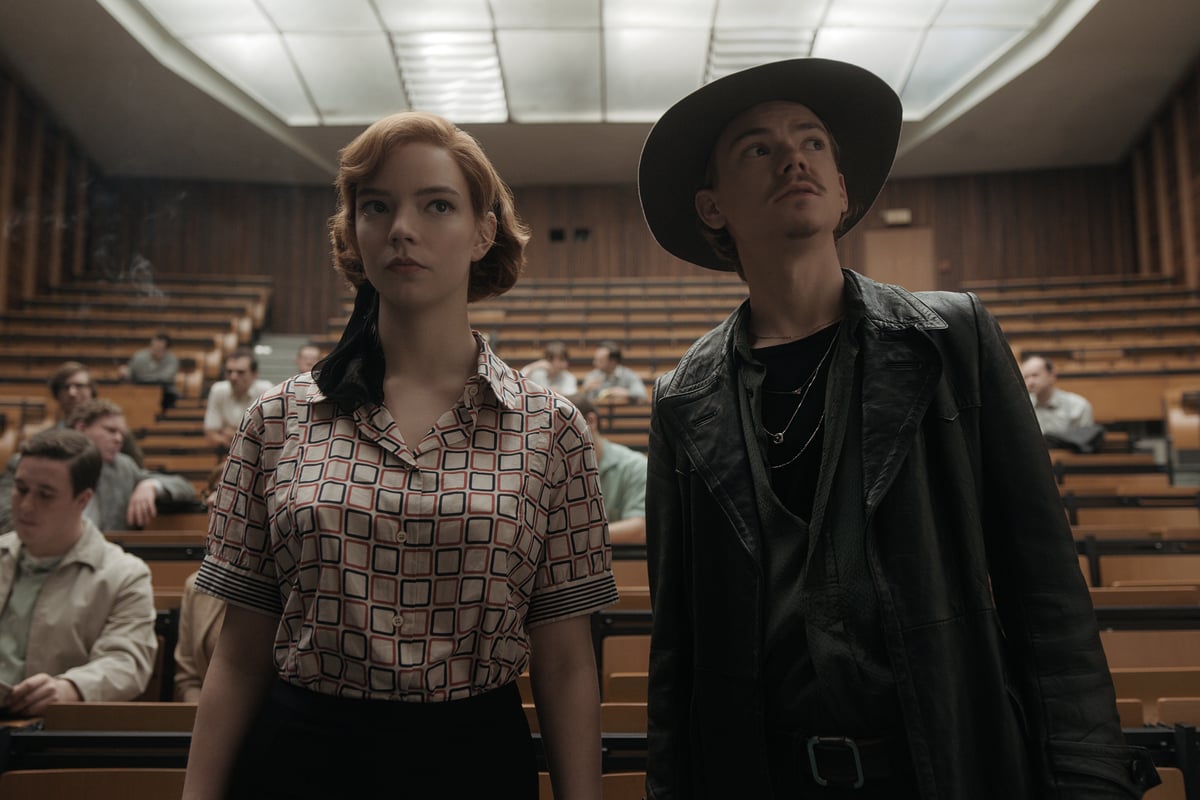 Why did Beth stay in Russia?

After winning the tournament and beating Vasily Borgov, Beth is seen travelling in a car to the airport.

She's the best chess player in the world, and she's due to celebrate her win at the White House.

But on the way to the airport, Beth asks the driver to stop the car.

She walks to a park in Moscow where she finds dozens of men playing chess, who flock to congratulate her on her win.

While there, an old man who interestingly resembles Mr. Shaibel challenges her to a game.

"Every time we finished that sequence, I would just burst into tears. Because I was so happy for her," actress Anya Taylor-Joy, who played Beth, told Refinery29.

"She has found this sense of contentment. Where she wasn’t in pain or fighting something so intensely."

It's a full circle moment for Beth that illustrates an ending to a tumultuous journey. 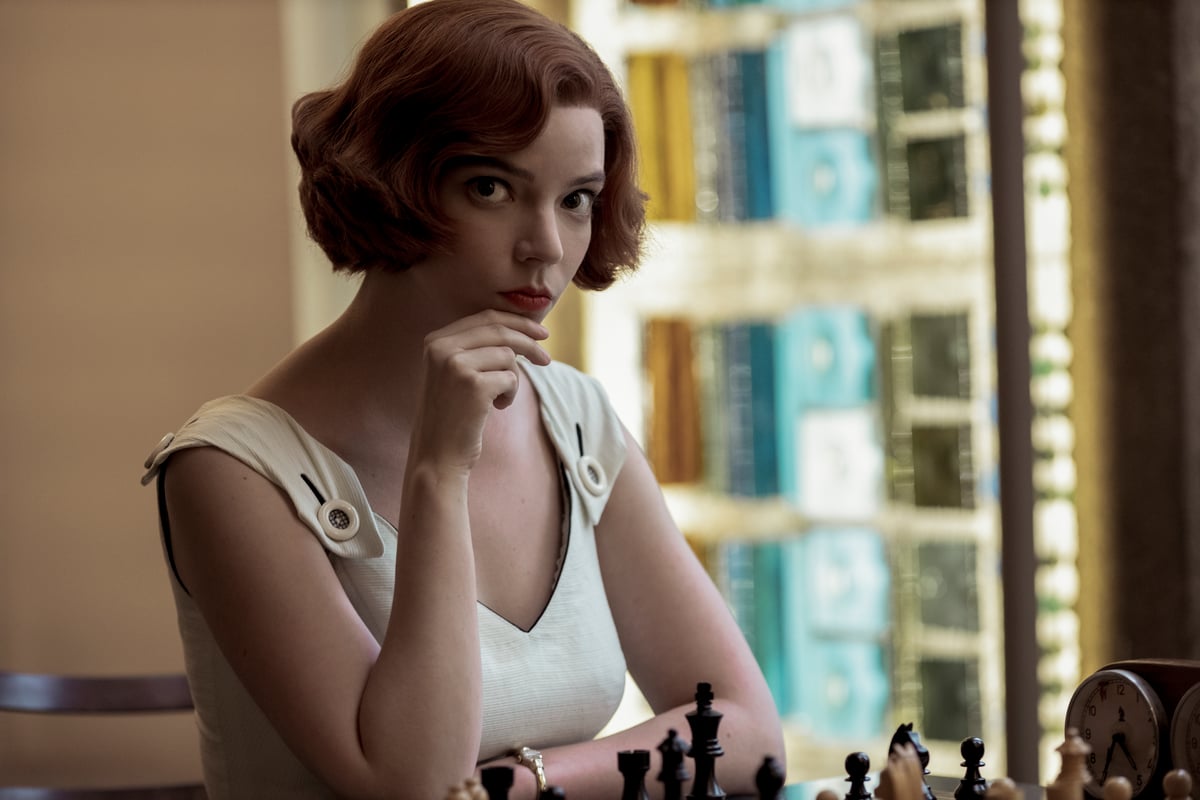 But while the finale and Beth's future afterwards is open-ended, Taylor-Joy shared that it doesn't really matter where Beth travels next.

"Whether she stays in Russia, whether she goes back [to America], whether she and Jolene travel around together for a while, whatever it is — now that Beth is feeling more comfortable with herself and feels like she has a home within herself, I just hope that she's content," Taylor-Joy shared.

While The Queen's Gambit certainly had a satisfying conclusion, the actors from the series are open to a second season.

However, it's important to note that the series wraps up at the same point as Walter Tevis' book, meaning a second season is unlikely.

The Queen's Gambit is available to watch on Netflix now.