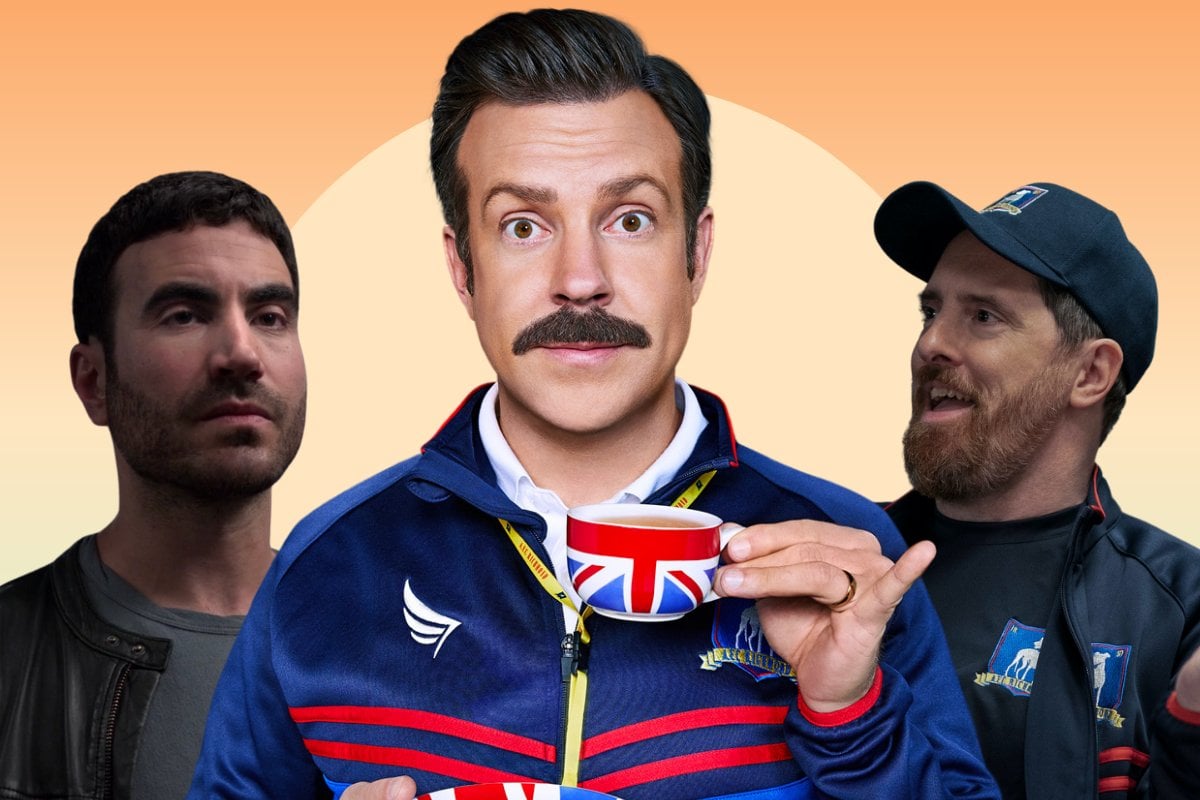 In August 2020, the first season of Ted Lasso premiered on Apple TV Plus.

Amid lockdowns and protests, Jason Sudeikis' bumbling football coach provided the laughs we all so desperately needed.

Now, over 12 months later and into its second season, Ted Lasso remains one of the most-loved comedies on TV.

Watch the trailer for season two of Ted Lasso below. Post continues after video.

The fish-out-of-water comedy follows Ted Lasso (Jason Sudeikis), an American college-level football coach who is unexpectedly recruited to coach a fictional English Premier League team, AFC Richmond, despite having absolutely no experience in the sport.

Ahead of this year's Emmys, the series has landed 20 award nominations, including best comedy series.

The nominations come 20 years after the idea for Ted Lasso was first born.

According to the Los Angeles Times, the idea for the character originally came about in an Amsterdam dressing room, where Jason Sudeikis and Brendan Hunt aka Coach Beard were performing with the improvisational comedy troupe Boom Chicago.

After Hunt became swept up in the world of football in Amsterdam, Sudeikis purchased a PlayStation so the pair could play the video game FIFA before each comedy show.

As the Los Angeles Times explains: "At the time no American had managed a major team in Europe outside of a video game, leading Sudeikis and Hunt to wonder what the transition might look like if an NFL coach gave it a try."

In 2012, NBC spent $250 million on the broadcast rights to the English Premier League. But there was a problem. NBC weren't sure if their US audience would embrace the Premier League.

So, in an effort to let viewers know it was perfectly fine to be a little unsure about the rules, Ted Lasso was born.

In a number of short The Office-style mockumentary films, Jason Sudeikis' gum-chewing American football coach was seen struggling to understand the English Premier League's rules after being mistakenly hired as the new manager of real-life team Tottenham Hotspur.

"The whole story of that first commercial was that he gets hired to coach a professional soccer team, and he gets fired three days later, and we just thought it would be funny if he wasn’t cynical or angry about that, that he just loved the experience and he loved London and he loved soccer, and that he brought that home with him," Sudeikis told Entertainment Weekly.

Unexpectedly, the campaign was an absolute hit, generating more than 20 million views on YouTube and helping NBC appeal to a new audience.

You can watch An American Coach in London below:

After several iterations of the commercial, NBC retired Ted Lasso.

But Sudeikis' (now ex) partner Olivia Wilde refused to let him give up on the character.

Speaking to Sports Illustrated, Sudeikis shared he kept thinking about the character after the advertising campaign wrapped up.

"After doing the second video [in 2014], it really unlocked elements of the character that we found very, very fun to write and portray and view the world through," he said.

"So, one day in 2015, my [then] partner [Olivia Wilde] came up to me one day and said, 'You know, you should do Ted Lasso as a show,' and I said, 'I don’t know,' but then after marinating on it, I thought maybe this could happen."

Speaking to the Los Angeles Times, Brendan Hunt, who plays Coach Beard in Ted Lasso, referred back to Wilde as well.

"Olivia, even when we were just writing years ago without any buyers or even pitching it yet, gave it a big push," Hunt said.

"Olivia was like, 'Jason, you are doing this show. You’re going to London, you’re going to make this with your friends, and that’s all there is to it.'" 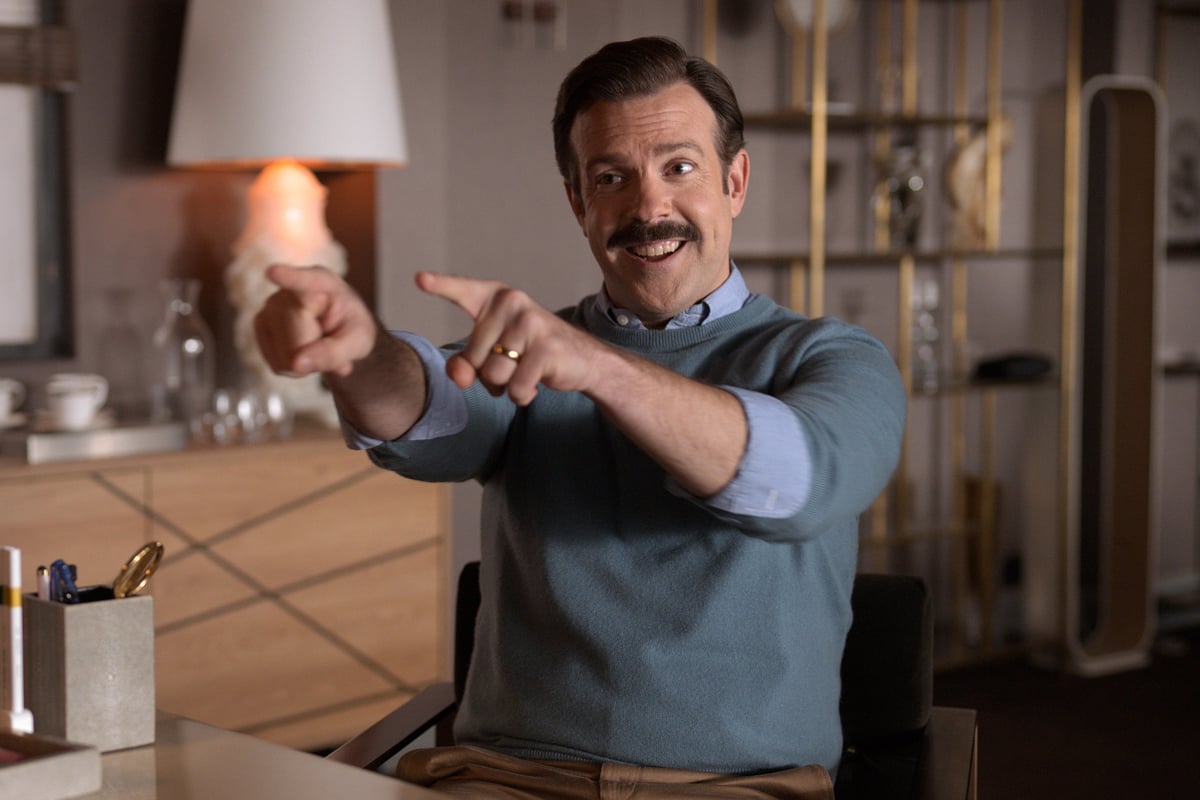 While Wilde continued to push for the idea, it wasn't until Sudeikis met with Scrubs creator Bill Lawrence that Ted Lasso finally came to fruition.

After reading the script, Lawrence was immediately interested in the idea, becoming an executive producer on the series.

And thus, Ted Lasso was born.

Is Ted Lasso based on a true story?

While Ted Lasso isn't based on a true story, there were some real life inspirations behind the characters in the series.

In fact, Sudeikis told Sports Illustrated that the character of Ted Lasso was partly inspired by Liverpool manager Jürgen Klopp.

"Man. When I heard about him taking his squad to go do karaoke, I was like, 'Hellooooo, story idea,'" Sudeikis told the publication.

"That’s where the moustache comes from and him being real loquacious," Sudeikis told The Today Show.

"And then, my high school basketball coach, Donny Campbell — a fellow from a small town in Kansas who spoke in those little aphorisms, like 'Sudeikis, you look more nervous than a long-tailed cat in a room full of rocking chairs.'" 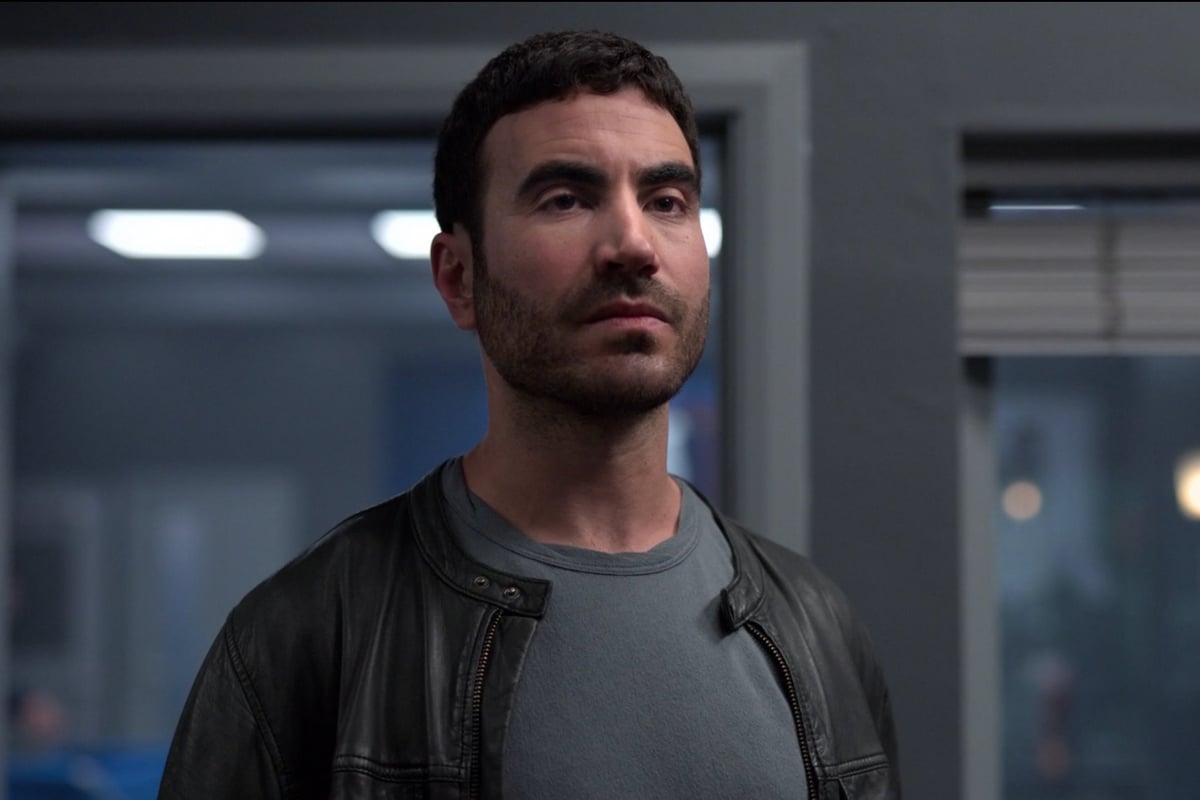 As for the rest of the players, many viewers have questioned whether Roy Kent (played by Brett Goldstein) was inspired by real-life footballer Roy Kean, the former captain of Manchester United who is well known for his brash demeanour.

As for the AFC Richmond team itself, the team has been likened to Crystal Palace F.C., who have a similar South London location and team colours to the fictional team.

The first season of Ted Lasso is streaming on Apple TV Plus now. The second season is airing on the streaming service now, with new episodes dropping weekly.