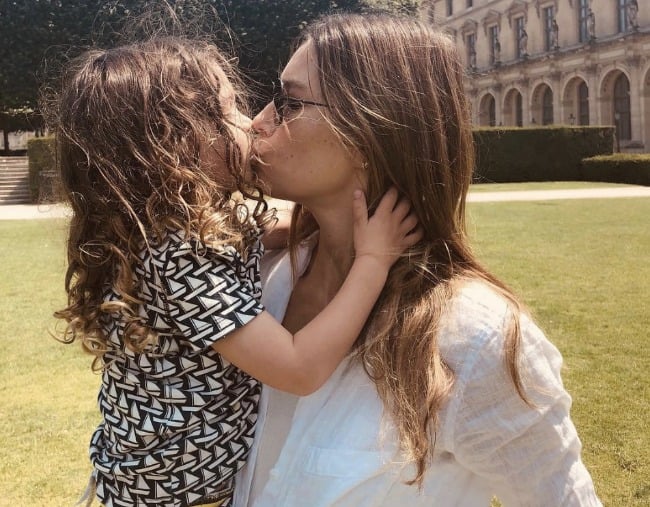 If you are not being ruthlessly shamed for your parenting by trolls, how do you even know you’ve posted a happy holiday snap of you with your kids?

Timberlake captioned the photo: “If that pic doesn’t say ‘City Of Love’ then I’m out…”

So you’d be forgiven for thinking this was simply a photo of a family on holiday.

But you’d also be wrong.

You see, there was a lot that was problematic – apparently.

Let’s start with Silas’s hair. It is long. It is not how a boy usually wears his hair. And that needed to be pointed out. Because, was it a case of neglectful parenting? Did they just forget to take him to the barber? Or worse – is this part of the whole fluid gender movement where stereotypes of what it means to be a boy or a girl are being disseminated and the world is ending?

But apart from the irresponsible neglect, there was another parenting fail that the superstar couple was making: Jessica was kissing her son on the lips.

One commenter wrote on the post: “City of infection with that kiss.”

Which I feel is a strange thing to say, considering parenthood is literally about sharing germs with offspring, and that Silas actually only exists because he came out of Biel’s body.

“IMO [in my opinion] it’s strange to kiss your kids (or anyone else you’re not in a romantic relationship with) on the lips. Gross!,” said someone else. Which makes me feel a little sorry for any kids that person may have.

But thankfully, common sense generally prevailed, with this fan writing:

“A mother kissing her very little boy on his lips? A boy with long hair? And people get butt-hurt over these things? Sheesh. Hang in there @justintimberlake and @jessicabiel, you know you can’t fix stupid.”

And you also can’t fix people wanting to judge how people raise their children, when no laws are being broken and it is absolutely none of their business.

The Timberlake/Biel clan isn ‘t the first celebrity couple to be criticised for kissing their children on the lips. David and Victoria Beckham were also admonished after this photo was posted:

And I find this all problematic, because how a parent shows affection to their child isn’t a thing other people should feel they can comment on. If you can’t be happy for someone when they share a happy, candid moment, you can always just move along.

But if you honestly feel you can’t, I invite you to comment on the following post I made about literally bribing my child to kiss me, and then kissing him when he couldn’t do anything about it:

But really, don’t. That post is just a mum loving her child trying to show him affection when he’s becoming ‘too cool’ for it – even though deep down inside, I know he loves me as much as I do.

So move along, people. Nothing to see here.

It’s not a big deal, people! Stop making such a fuss! Don’t look at the picture we’ve posted twice here! Or the one of Victoria Beckham and her daughter! Why are you all so obsessed? It’s perfectly natural, stop talking about it and leave them alone! But make sure you read our article about how natural and not a big deal it is!

"So move along, people. Nothing to see here."

Nothing to see here - but we'll continue to post it up for all to see on social media anyway! Honestly, I don't care how these celebrities kiss their children and style their hair - but they would avoid comment altogether if they stopped posting pictures of them for strangers to look at! The celebrity chooses to be famous; the child does not. Putting them up on display is just inviting comment. They need to stop feeding the problem.