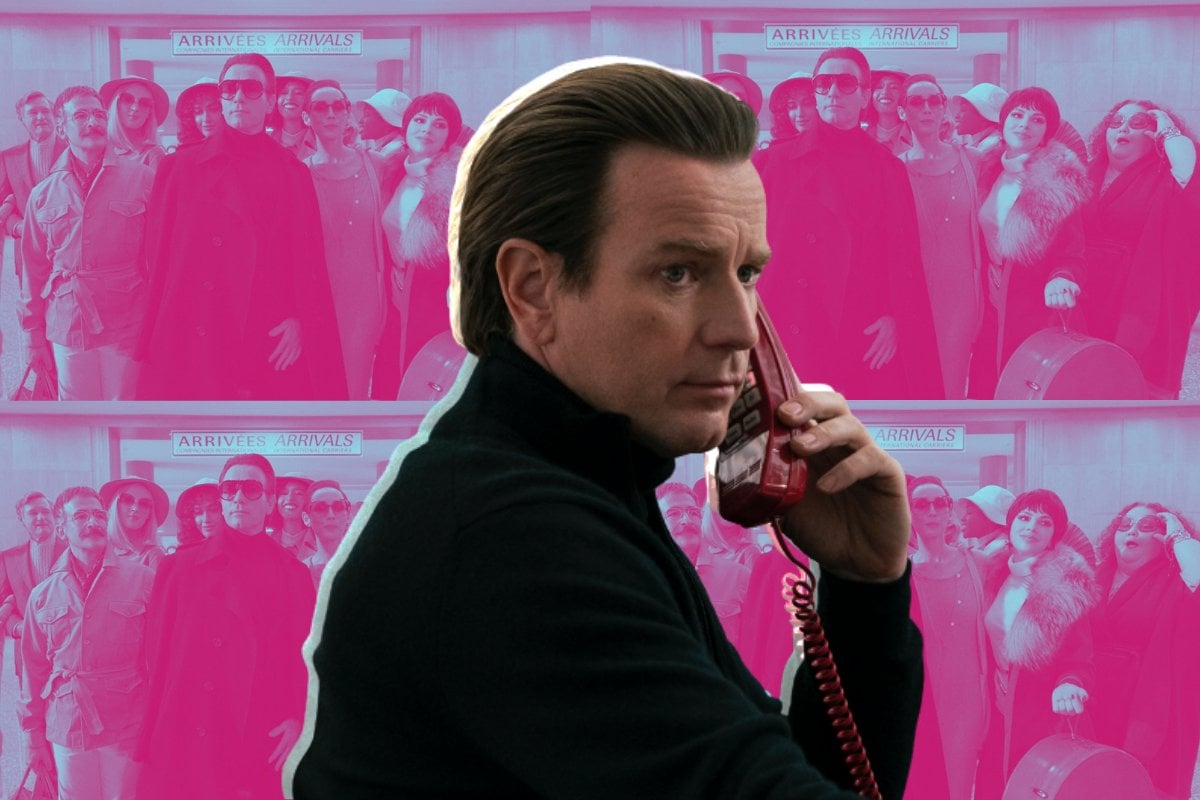 Netflix's new mini-series, Halston, takes us back to a time when the fashion was fabulous and the cocaine was plentiful.

Created by Ryan Murphy (American Horror Story and nearly everything else Evan Peters is in) and starring Ewan McGregor, the biopic tells the decadent tale of fashion designer Halston's rise to the top, his plummet to the bottom and his acceptance of his fate in the final days of his life.

With just five 45-minute episodes, it's the perfect mid-week binge, and it'll leave you wanting to throw on a designer kaftan and sniff a few lines off a disco ball at Studio 54.

Watch the trailer for Netflix's Halston. Post continues below.

Because the series blends fact with Ryan Murphy's imagination, here we break down what's fact and what's fiction in Halston.

Ok, first up. Did a woman really die in an air vent in Studio 54?

At the beginning of episode four, a woman dressed in Calvin Klein continually attempts to get into Studio 54, where Halston is partying with his best buddy Liza Minnelli and the rest of his entourage.

The doorman calls her "so bridge-and-tunnel darling" and flat-out rejects her at each attempt.

She later finds the back entrance and tries to sneak in through the air vent. She gets stuck and dies, and later that night the police find her body while they're raiding the club.

So did this really happen?

Someone did die trying to sneak into the club, but it wasn't a "bridge-and-tunnel" woman, it was a man in black tie.

"We would have this situation where people would climb down from the building next door in full mountain-climbing gear with ropes tied around their shoulders," Studio 54 promoter Baird Jones shared with author Anthony Haden-Guest for his book, The Last Party: Studio 54, Disco, and the Culture of the Night.

"They were trying to get into the courtyard... They would tangle in the barbed wire and fall to the cement pavement which was 10 feet below. I remember where this guy had really screwed himself up and they got a stretcher. You could see him, trying to scope out the inside of the club. Trying to see it. Desperately!"

"This guy got stuck in the vent trying to get in. It smelled like a cat had died," Jones said of the guy whose body was later found in the air vent.

Were Halston and Liza Minnelli really that close? 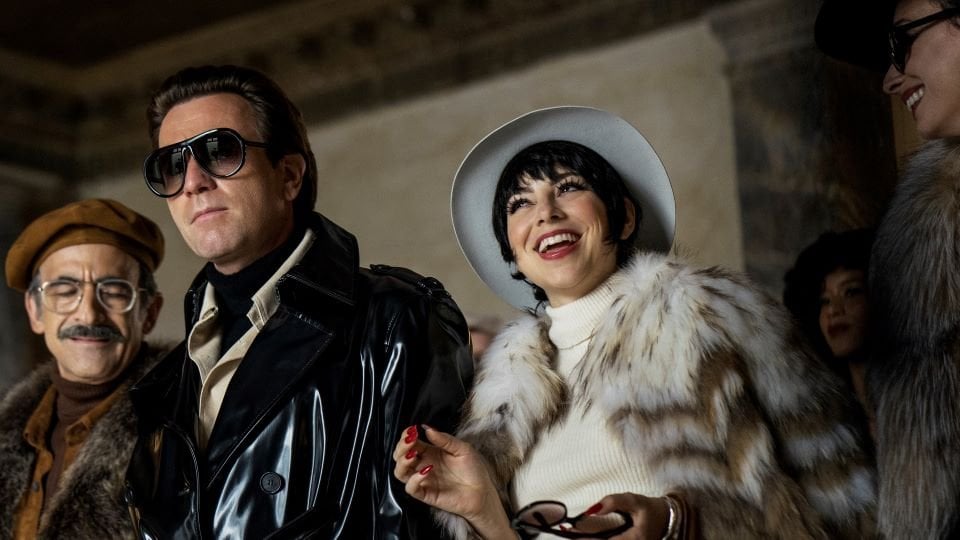 In the series, Halston and Minnelli meet after Halston sees "something" in her while she's performing on stage at the supper club. He then goes backstage to meet her after the performance and she quickly becomes his muse.

In real life, Minnelli was shopping at Bloomingdales with her godmother Kay Thompson when she was drawn to a Halston ensemble. Thompson arranged a meeting between the pair.

"We got along instantly, and he became my fashion mate. I did what he said… He dressed me, and suddenly I was able to go anywhere I wanted,” Minnelli told Harpers Bazaar in 2011.

Just like in the series, the two became a self-created family, with Minnelli becoming Halston's muse and him her confidant.

Halston even designed the costumes for Minnelli's live performances and the gown she wore to accept her Oscar for Best Actress in 1973.

Was there really that much cocaine?

Yes, buckets of it apparently. 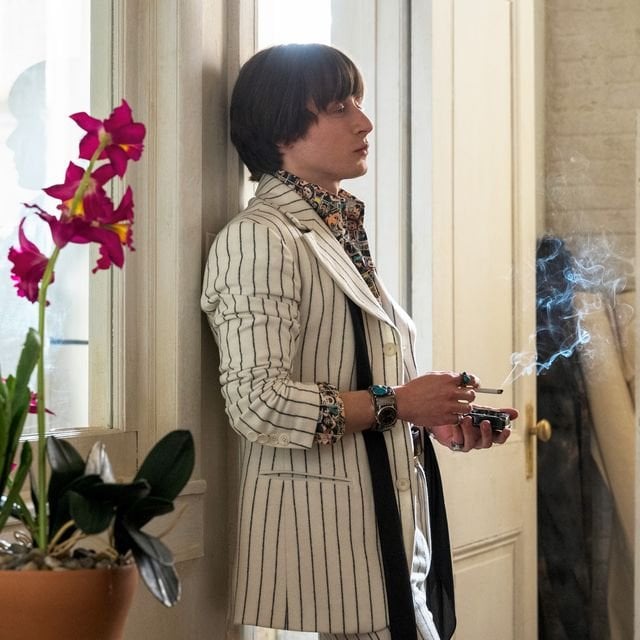 In the series, the lesser, lesser-known Culkin brother, Rory, played Halston's speed-addicted design assistant Joel, who came up with the idea of using a tie-dyed chiffon fabric.

So was there a real Joel?

Halston did employ future film director Joel Schumacher, who was both a designer and a speed freak at the time, but he was working in the knitwear so it's unlikely he actually came up with the tie-dyed chiffon idea.

Either way, it's nice to see another Culkin brother on our streaming services.

What about Pat Ast?

Pat Ast was one of the more loveable characters in the series and she's 100 per cent real.

Ast was an actress who also worked as a saleswoman in Halston's boutique.

She was also one of the first plus-size models when Halston first put her on the catwalk. Halston was one of the first designers to include diversity in his shows, with Ast and women of colour such as Pat Cleveland, Alva Chinn and a (very young) Iman walking his catwalks.

Was Victor Hugo really the hustler he was made out to be?

After Halston refuses to give Hugo money for a creative project, he threatens to sell information about Halston and the sex tapes they made together to the New York Post.

In real life, Hugo approached not only the Post but many other publications and journalists offering to sell them gossip on Halston.

In 1985, he signed a non-disclosure agreement in which he promised not to talk about Halston and their relationship in return for a sum of money and some Warhol paintings.

On that note, why wasn't Andy Warhol in the mini-series?

Andy Warhol was one of Halston's closest friends but his presence is mostly missing from the series apart from a few name drops and some of his silkscreen paintings on the walls of Halston and Minnelli's homes.

It's unclear why he was excluded from the narrative.

But in his final days, Halston referred to The Andy Warhol Diaries, Warhol's posthumously published memoir, as a "betrayal from beyond the grave" as it detailed his party lifestyle with Minnelli.

Halston is streaming on Netflix now.