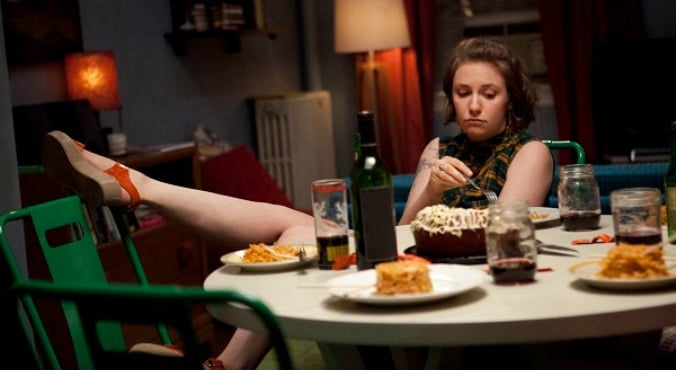 Until about two months ago, I was completely convinced that social media was key to maintaining friendships.

When Facebook arrived, I’d just moved interstate for uni, which put hundreds of kilometres between me and many of my closest friends. It quickly became an invaluable tool, allowing us to stay connected on a daily basis. Since then, I’ve found Twitter and Instagram offered that same level of closeness, both with my old pals and new ones.

I find it impossible to imagine how adults in the ’80s and ’90s held on to their friendships without being able to message or Snapchat each other, or invite them to events with the mere tap of a screen. But recent incidents have changed my way of thinking.

It started when I moved into my first home late last year. I’d finally escaped the world of share-housing after years of saving, and ticked off a major item on my life’s bucket list, so I figured that was reason enough to throw a party.

Naturally, I created a Facebook event and invited a large number of friends I’d met through uni, work, mutual friends; people whose birthdays and engagements and other celebrations I’d happily attended over the years, almost without fail.

Call me old-fashioned, but if I RSVP ‘yes’ to an event I’ll be there rain, hail or shine — with the exception of illness or emergency. On nights where more than one close friends have hosted special events, I’ve trekked from one end of Melbourne to the other (not an easy feat on public transport!) to ensure I could make it to both. Or all three, in some cases.

Now it was finally my turn to celebrate something — and I rarely host events in my own honour, so this was a big deal — I was confident my friends would should the same commitment, even though I hadn’t seen some of them for a while. This isn’t because we haven’t wanted to catch up, but everyone is just so busy these days.

The number of ‘Yes’ responses listed on the Facebook event only confirmed my hopes; of the 50 or so people I’d invited, more than 30 said they’d be there. I was pumped.

Fast forward to the day of my party, and the notifications started. Not text messages, mind you, but posts on the wall of the event. Some friends had legitimate excuses, which I was happy to accept (shit happens, after all). But most didn’t.

“Sorry lovely, I won’t be able to make it. xo” one wrote. “I forgot I had another event on, so sorry,” said another. One friend said he was just “too tired” because he’d had an unexpectedly big one the night before.

This continued throughout the day. I can't remember how many people bailed via Facebook — one, at least, had the decency to call me — but it was enough to leave me feeling stung. Not to mention worried about how the night as a whole would turn out.

I thought using social media to opt out was rude enough, but that was nothing on the people who just didn't turn up without a word of apology or explanation. This included a couple from uni who I hadn't seen in a while, but I'd attended their wedding just two months earlier.

In the end, the turnout was about 19 people and it was still a fun night (although I'd catered the event based on the RSVP list and so was left with piles of food). I know I should be grateful that I have even 20 friends who took the time to celebrate my achievement, but I was hurt.

I did my best to hide it, but as soon as the last attendees rolled home the following morning I burst into tears. Hungover tears, but heartfelt ones all the same. (Post continues after gallery.)

I'd made so much effort over the years to show up and be there for my friends on their special occasions, frequently driving long distances or flying interstate to do so, and I couldn't understand how these same friends couldn't be bothered to do the same for me. The lack of effort to explain or apologise for this was salt in the wound.

It turns out I'm not the only one who's been through this. My cousin, who goes to anything she's invited to, had the exact same thing happen on the night of her 30th birthday in January.

Another very loyal friend invited 20 people to his house for a dinner to celebrate his work promotion, and only seven showed — despite the Facebook invitation suggesting all but one person would be there. Only a handful made the effort to explain why they couldn't make it.

Has social media turned us all into shit friends? I'm starting to think it's playing a role.

For one thing, Facebook invitations give recipients the option to respond "maybe". To me, that's ruder than not acknowledging the invitation at all. It's like walking up to a friend and saying, "Look, I might come to this party/engagement party/housewarming of yours, but frankly I'm just waiting to see if something better comes along. Which it probably will."

I mean, could you imagine RSVPing 'maybe' to a wedding? Maybe it's this way of approaching invitations that's given rise to the total no-show. How is it possibly OK to say you'll attend an event, and then just not show up without even sending a text or making a call to let the host know why? It's beyond rude.

Maybe this kind of thing did happen in the '90s and '80s, and I'm just using social media as a scapegoat. I've got my own 30th birthday in a few months' time, and one thing is for sure: I'm going to be a lot choosier about who makes it onto the invite list, and who I make effort for in future.

Has social media changed your friendships for the better or worse?

I get inundated with fb event invites. Often from people i rarely see.
If you are just going to lazily send out a fb event invite, dont expect people to then bend over backwards to attend.
You wouldn't do wedding invites that are that lazy.

If you want your friends to come, pick up the phone and call them. Make an actual effort.

I think this is a symptom of the times we live in: people are really busy telling others how busy they are, justifying their lack of maintaining a friendship. Particularly when I first became a mum and many of my friends were not parents, I was stung when I found I had to book 'appointments' months in advance just to catch up for 30 - 60 minutes, and even these were often cancelled. I mean I have to do that with a gyno or dentist, but I do expect more of my friends. I use social media a lot but I have re-evaluated what I expect of friendships, and the types of people I give the title of 'friend' to.