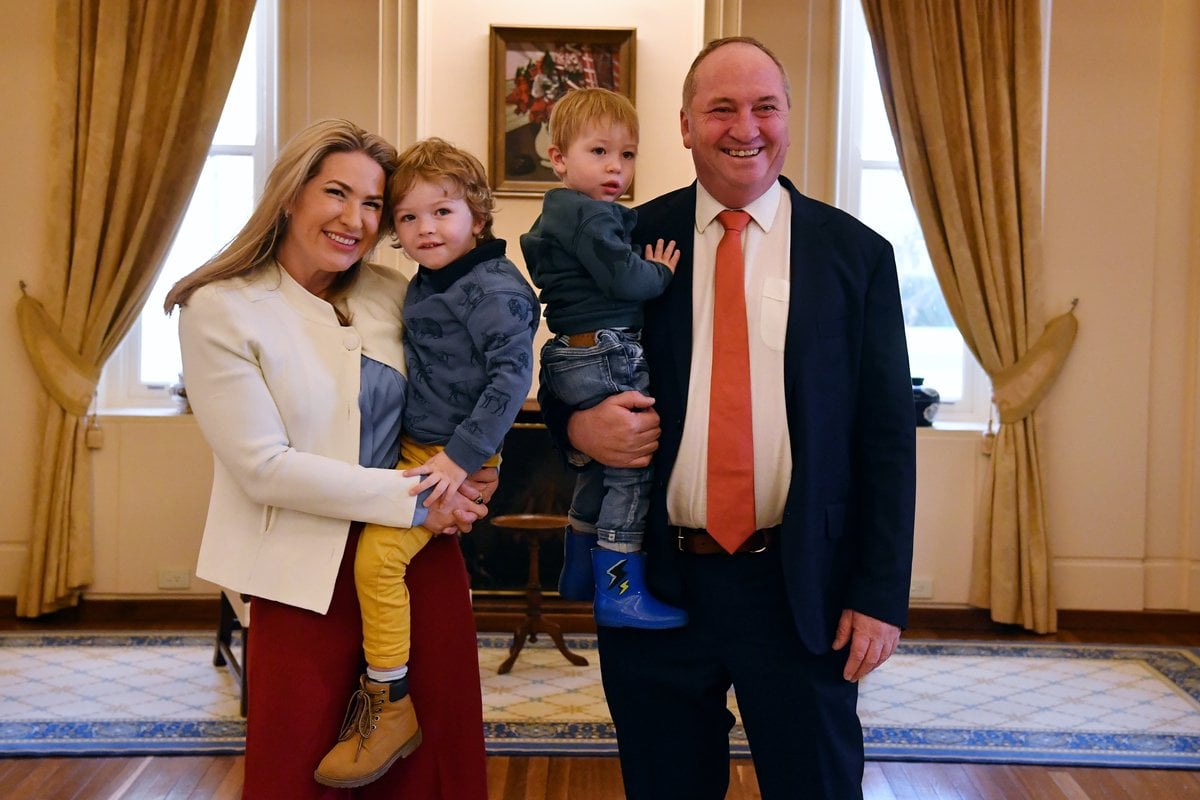 On Tuesday morning, Barnaby Joyce returned to the job he lost three years ago.

After defeating Michael McCormack for the leadership of the National Party on Monday, Australia's new Deputy Prime Minister was accompanied by his young family.

With his partner, Vikki Campion, and their two young sons, Sebastian and Thomas, Mr Joyce's family were all smiles for the cameras - a very different sight from when we last saw the couple in 2018. 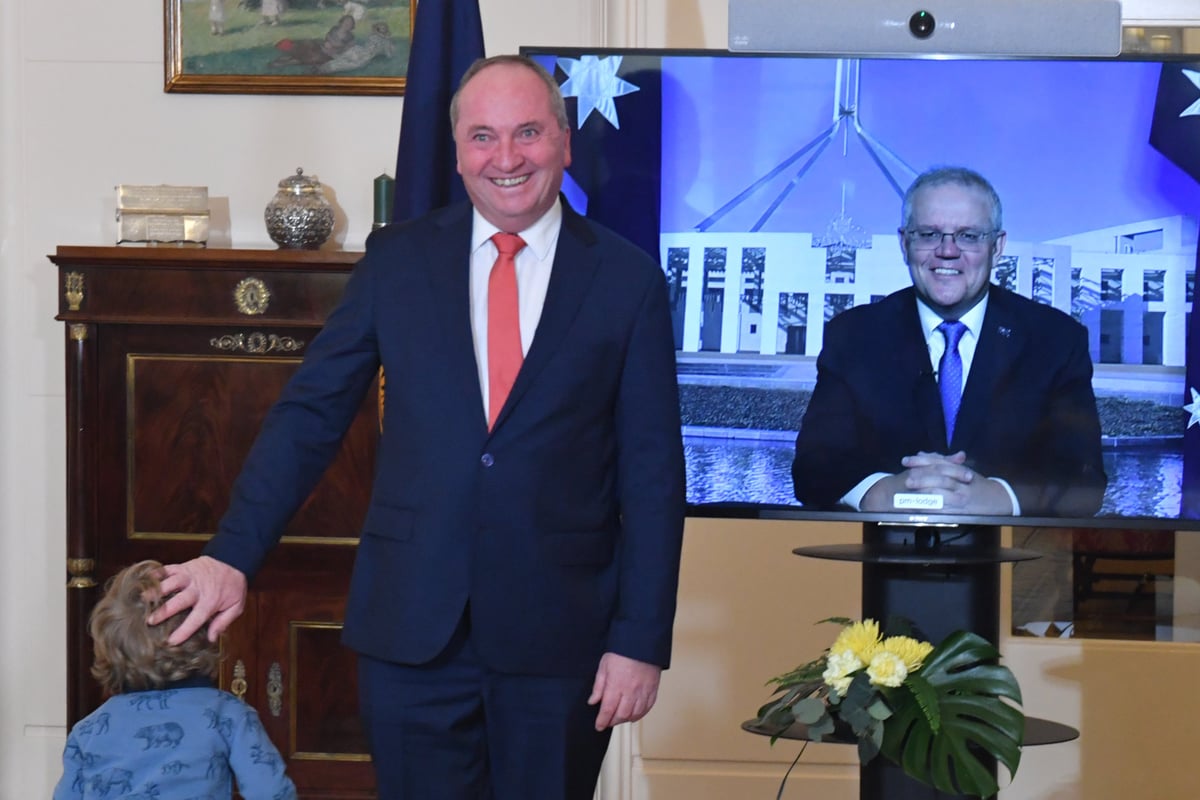 Barnaby Joyce moving his son, Sebastian, out of his photo with the Prime Minister on Tuesday morning. Image: AAP.

Their story - one fraught with personal complications and political consequences - was one of the biggest controversies in recent Australian political history.

So where have Vikki Campion and Barnaby Joyce been since they left the prying eyes of the public?

First, remind me what happened?

In 2018, news broke that Mr Joyce had entered an extramarital affair with his media advisor, Vikki Campion.

Not only were they having an affair, but she was pregnant. It came mere months after he had announced his divorce from wife Natalie Joyce, whom he had been married to for 24 years. They also shared four daughters.

In February 2018, The Daily Telegraph - the newspaper which formerly employed Ms Campion - published photos of her in a striped shirt walking the streets of Canberra, clearly pregnant and hence confirming what they dubbed "Canberra's worst kept secret".

The details that emerged of the affair were salacious and, some said, intrusive. From controversial front pages to fierce debate over what constitutes 'public interest', Mr Joyce's affair was one of the biggest stories of the year.

It was filled with bizarre moments, too.

For example, at one point Mr Joyce publicly questioned the paternity of the baby, saying it was "a grey area" because he and Ms Campion were physically apart for most of the period in which conception would have occurred.

Their affair also triggered the infamous 'bonk ban', with then-Prime Minister Malcolm Turnbull announcing a change to the code of conduct whereby ministers can no longer have sexual relationships with staffers. 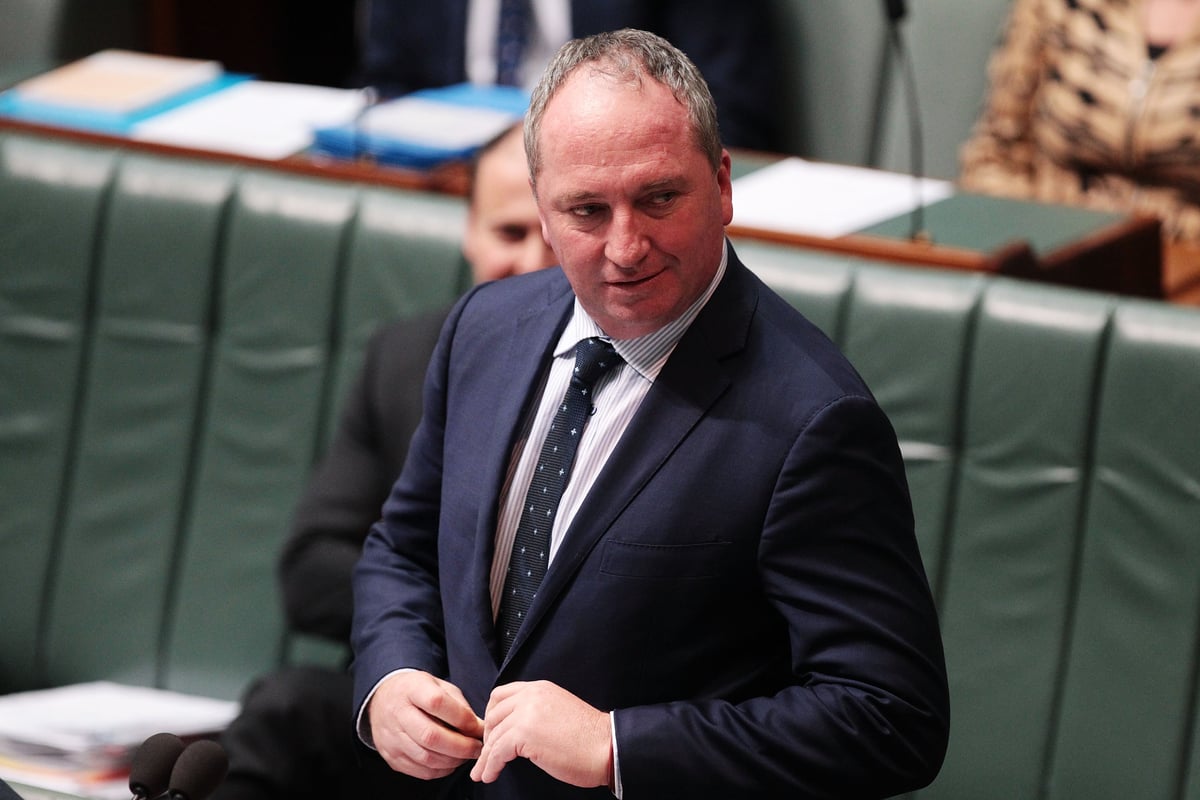 Also in 2018, Mr Joyce became the subject of a sexual harassment claim received by the Nationals. Those allegations against Mr Joyce have never been resolved.

As political pressure mounted, Mr Joyce stepped down from the second-highest political office in the country.

But before he retreated to the low-profile of backbencher-life, Mr Joyce and Ms Campion did a television interview with Channel Seven, for which they were paid $150,000. They said at the time that money would go into a trust fund for their son, Sebastian.

During the interview, Ms Campion revealed she faced pressure to abort her baby by conservative members of Mr Joyce's party.

"They came to me and they said ‘You’re pregnant and you have to get an abortion’. And they said, ‘If you don’t, they’re gonna come after you’," she recalled in the tearful interview.

The affair also triggered a public rift within his family, after his youngest daughter, Odette Joyce, shared a photo to Instagram with her sisters and mother, with the caption: “The real Joyce family #WhosBarnaby.”

She also shared an article detailing her father's opposition to abortion to her Instagram story, with the words: “Once again, I do not support you.” 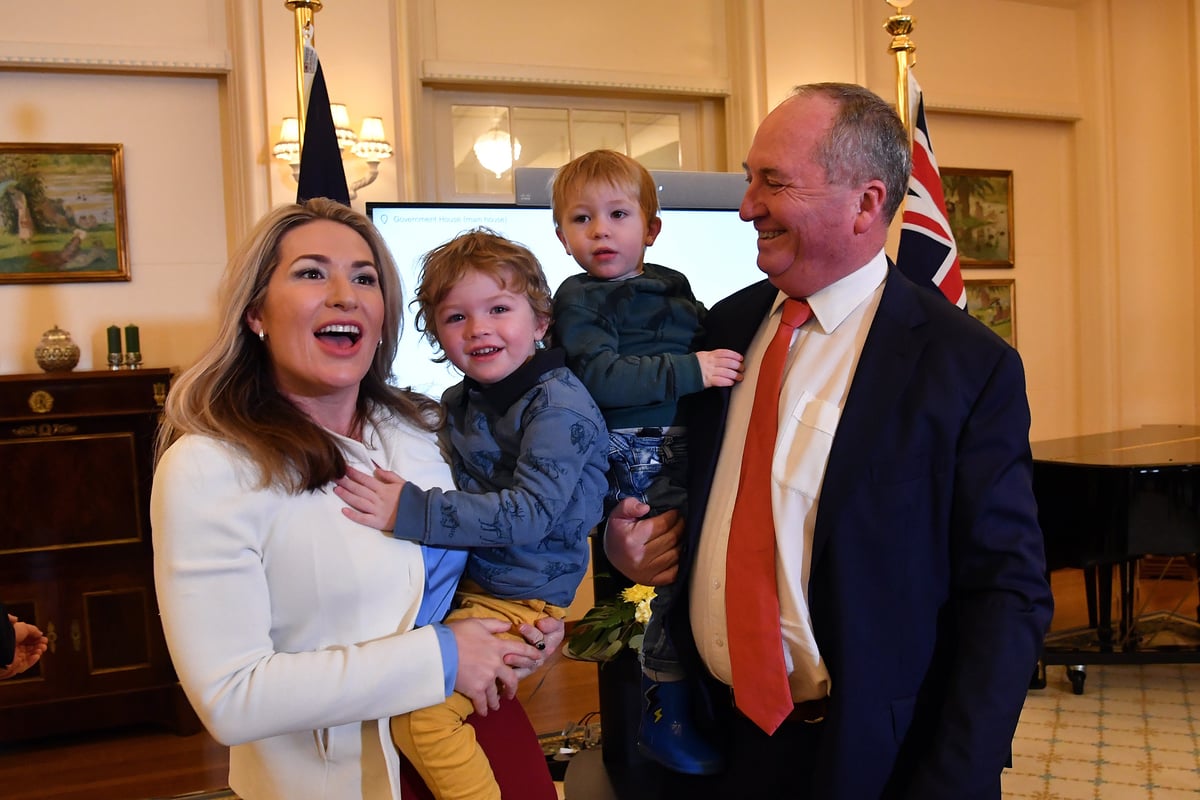 Barnaby Joyce poses for a photograph with partner Vikki Campion and sons Sebastian and Thomas on Tuesday morning. Image: Getty.

Three years on, Barnaby Joyce and Vikki Campion are still together and live in Armidale.

On June 1 2019, the couple welcomed their second son, Thomas, into the world (in considerably less controversial circumstances than their first).

Since leaving the Nationals leadership role, Mr Joyce has remained a backbencher as the Member of the Australian Parliament for New England.

In March 2020, Ms Campion shared she was ready to work once more.

“I adore my kids, but I also want to challenge myself with more than wiping babies’ faces,” she told The Australian. “And I haven’t worn high heels in two years!”

Ms Campion has since returned to parliament as a staffer for federal deputy speaker, Llew O’Brien.

She has also began writing for the publication that published the 'intrusive' photos of her, The Daily Telegraph.

In July 2020, the former journalist wrote about how being a working mother is "not champagne and strawberries".

"There are not many mothers of very young children working as either Parliamentarians or advisers. That work force is largely your bar crowd – predominantly male, women whose children have grown, or women who have not had children at all," she wrote.

"One-half of the populous is not represented in our democracy."

Now, Vikki Campion and Barnaby Joyce are returning to their high-profile positions once more, as he takes on the second most powerful position in the country all over again.

Reply
Upvote
1 upvotes
It’s fantastic, now when conservatives bang on and on about family values, blah blah, yada yada - we can have a brilliant example of why they are complete idiots.

Reply
Upvote
@daijobou To be fair, there's a plethora of brilliant examples of their idiocy and hypocrisy already. We didn't need another one!

Reply
Upvote
@mamamia-user-482898552 yes but for some strange reason, this is the one that they actually feel outraged about!

Reply
Upvote
Vicki Campion is every long term married 40 to 60 year old women's nightmare. The younger women that catches the eye of their husbands at work etc and becomes their mistress and then their new wife, replacing and throwing the original wife and family away for the new younger model and life.  Grass always looks greener on the other side. Only they soon discover its really not and can be a total illusion.

Reply
Upvote
2 upvotes
@anaparis It's not another woman's fault if a man decides to cheat on his wife. "Every long-term married woman's nightmare" is the husband who cheats, not the woman he cheats with.