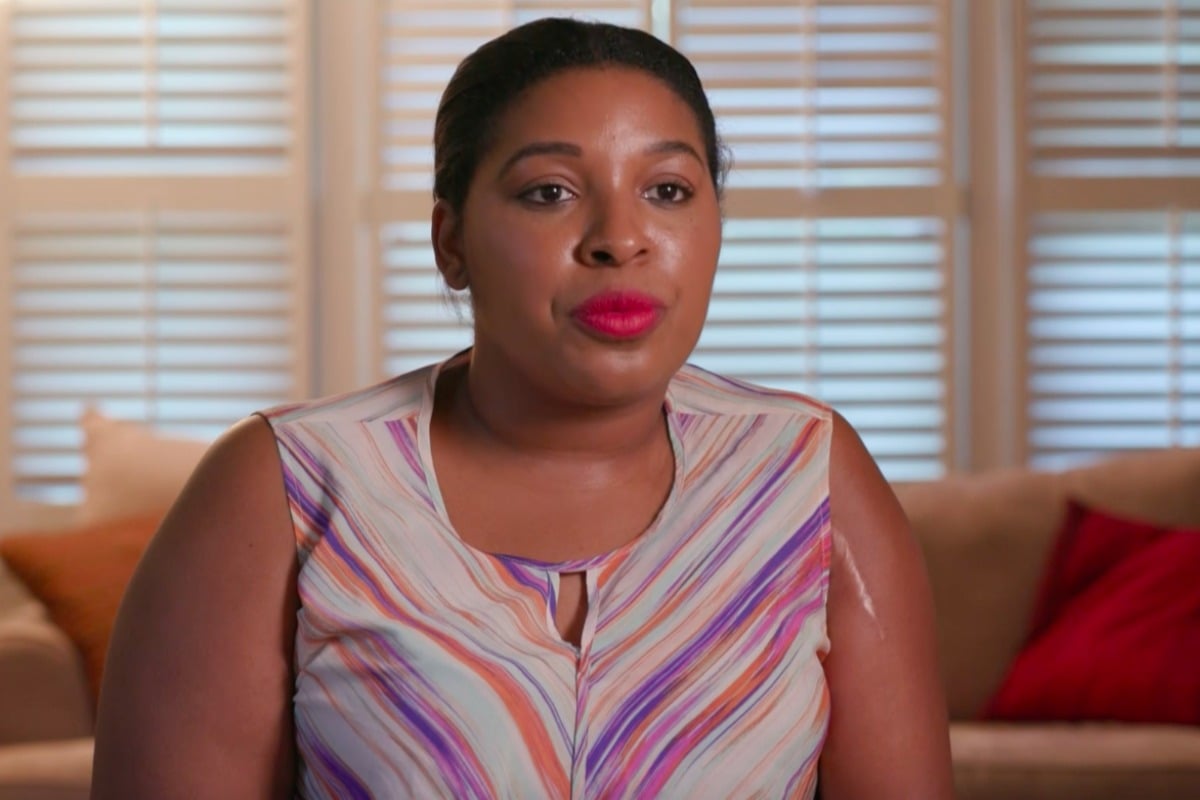 When Samantha Blakely discovered she was pregnant after being raped by her coworker at 23, she stood in the shower and screamed her lungs out.

Immediately, she knew she only had one choice.

The now 25-year-old, who resides in the conservative southern US state of Alabama, googled her options. She looked at dangerous pills, natural remedies and even a tea from China that could reportedly induce labor – she’d do just about anything to stop her rapist’s child coming into the world.

Finally, after three frantic days of searching, Samantha learned that there was an abortion clinic close to her in Montgomery. Following several days off work, hours spent sitting in crowded waiting rooms, a session of mandatory counselling and a $600 lump sum, Samantha had an abortion. Her nightmare was finally over.

If Samantha’s situation happened today, however, her story would have been very different.

Under Alabama’s tough new abortion laws, Samantha Blakely would have been forced to carry her rapist’s child.

Speaking to the 25-year-old on tonight’s episode of Dateline, Walkley award-winning journalist Laura Murphy-Oates discovered that it was a situation that Samantha simply would not have been able to bear.

“She says in very stark and upsetting terms that she would have rather have died than done that,” Laura told Mamamia.

“When you look at it from that perspective, that’s another terribly tough situation that women could experience if that law was to come into effect.”

What are the new abortion laws in the US?

In the past few months, a number of US states have passed legislation that will make terminating an unwanted pregnancy illegal.

Alabama, Arkansas, Georgia, Kentucky, Mississippi, North Dakota and Missouri are just some of the states in the United States that have introduced legislation to restrict abortion rights this year.

In Alabama, in particular, the new bill is the strictest anti-abortion law in the country.

The new legislation in Alabama allows no exemption for cases of rape or incest. This means that doctors who perform an abortion in Alabama could face up to 99 years in prison – a longer sentence than those convicted of rape.

But even before the new laws were announced, logistics already made it incredibly hard for women to get an abortion in those states.

According to a 2017 study by the Journal of Medical Internet Research, 90 per cent of the counties in the US do not have an abortion provider.

For instance, in states including Georgia and Alabama, most abortion clinics are located in the metropolitan area, creating financial hardships for many women living in rural areas.

Likewise, according to CNN, only one clinic in Alabama is open on weekends, creating numerous logistical hardships for women as well.

What is it currently like getting an abortion in these US states?

Although the new laws are incredibly restrictive, Dateline journalist Laura Murphy-Oates explained that even before the laws were introduced, access to abortion in these states was already extremely limited.

"This ban, in a lot of states, is actually just the latest in a long string of restrictions over many years," she explained.

"In Missouri, we went to the very last clinic. Five years ago, there was around five [abortion clinics] in Missouri and now they're down to one. Even when we were there, the government threatened to revoke its licence. You don't really need to ban abortion to stop abortion."

This is what people face when they try to get an abortion at Kentucky’s sole clinic. Follow @nowthispolitics for more political coverage ➡

In Dateline's upcoming episode, America's War on Abortion, Laura followed a woman named Elizabeth as she went to her first appointment ahead of her abortion.

"We got to see the things that women are up against," Laura told Mamamia.

"For example, in Alabama, there's a 48 hour wait period so you can't just go to an abortion clinic and have the abortion that day. You have to go for one appointment and then you have to come back 48 hours later for the next appointment," she added.

"For women that are travelling an hour or so or taking time out to get to the nearest clinic, because there's only so many clinics in that state, that's actually a massive imposition."

In some instances, women were even forced to sleep in their cars between appointments.

At the first appointment, women have to go through state-mandated testing and group counselling. Women are also given an ultrasound and given state-mandated pamphlets, which are written in a way to try and dissuade women from having an abortion.

When visiting clinics, women are also routinely faced with protestors. In many instances, protestors lambast women with images of aborted foetuses and claims that "abortion in murder".

On the other hand, some pro-life campaigners, like Coalition for Life founder Brian Westbrook, are using surprising tactics in an attempt to persuade women not to have an abortion.

"He tries to approach them with kindness and talk to them about their options," Laura said of Brian, who hands out roses to women as they enter the clinic.

"In his mind, he's trying to help them – not make them feel ashamed."

What impact could the new abortion laws have?

Dateline spoke to Gloria Gray, the director of the West Alabama Women's Centre, about the impact the new abortion laws could have in states like Alabama.

"[She told us] if abortion was to be made illegal in Alabama, that that's not going to stop abortion. It's going to stop safe abortions," Laura told Mamamia.

"She's incredibly concerned about the rise of people attempting abortions themselves maybe via methods that they have found on the internet that were unsafe," she added.

REMINDER: Abortion is legal in all 50 states.

While some states try to restrict abortion, leaders in other states like Maine are rising to protect reproductive freedom.

This law will help eliminate a significant barrier to abortion access for people in Maine ✊ https://t.co/doj3LwUqVv

What do doctors think about the new abortion laws?

Louis Payne has been performing abortions for over 50 years.

Since the 1960s, the doctor, who works in Alabama, estimates that he has done at least 80,000 abortions.

If the new laws in Alabama go through, Louis could face a lifetime sentence of 99 years in jail for performing an abortion.

"For him, it's just made no sense," Laura said.

"He reckons that when he started, it actually wasn't that controversial," she added.

"He didn't have the same type of commentary and protestors when he first started out there and he's just seen that attitude to abortion decline throughout his life time to the point where now there's a law in his state where it's a criminal offence."

America's War on Abortion airs on June 18 at 9.30pm on SBS. It will also be available to watch later on SBS On Demand.

Linsey a year ago

It's important not to buy in to the language used by particular campaigns, thereby legitimising they way they describe themselves. In this case, don't use "pro-life". The more appropriate term is "anti-abortion".

No, the more appropriate term is anti-choice.

And what’s the legitimate term for, “pro-choice”? The more appropriate term is, “anti-?”.

We need to stop referring to these opponents as "Pro-life", they are for Forced Birth. If they were really pro-life they would campaign for better sex education in schools, cheaper and better access to contraception and universal Maternity and Paternity leave.