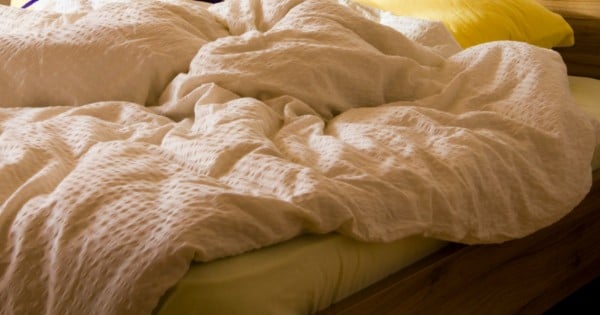 An inquest into his death has revealed Kruger died from smoke inhalation, in a house fire caused by leaving an iPhone 5 to charge overnight.

According to The Independent, Kruger had been left bed-ridden by a brain tumor two years before his death. Kruger has lost feeling down his left side as a result of the illness.

The inquest, held at Reading town hall, heard that Mr Kruger liked to do online shopping from his bed, and was known to keep his mobile phone close by. He used an extension cord to charge the device.

Jonathan Fuguet from Bureau Veritas Laboratories, the company hired by the Royal Berkshire Fire and Rescue Service to investigate the fire, spoke at the inquest. Fuguet stated the iPhone battery overheated as it was placed on the bed clothes, and the heat emitted while charging was unable to spread.

“It is like putting it into a fire but much slower,” said Mr Fuguet.

“He had a brain tumour and lost a lot of weight and was in huge pain,” she said. “He had lost the feeling on the left side of his body.”

According to Get Reading, Ms Kruger’s statement also explained that Mr Kruger has been taking paracetamol and ibuprofen to cope with his illness, and had also recently been prescribed morphine. He was reliant on the help of carers due to his extreme pain.

A toxicology report showed traces of morphine, but no alcohol in Mr Kruger’s system supporting his wife’s statement.

Mr Kruger suffered burns to 64 per cent of his body. These included first degree burns to his chest and face. There was also soot found in his larynx and trachea due to the smoke inhalation that was ultimately his cause of death.