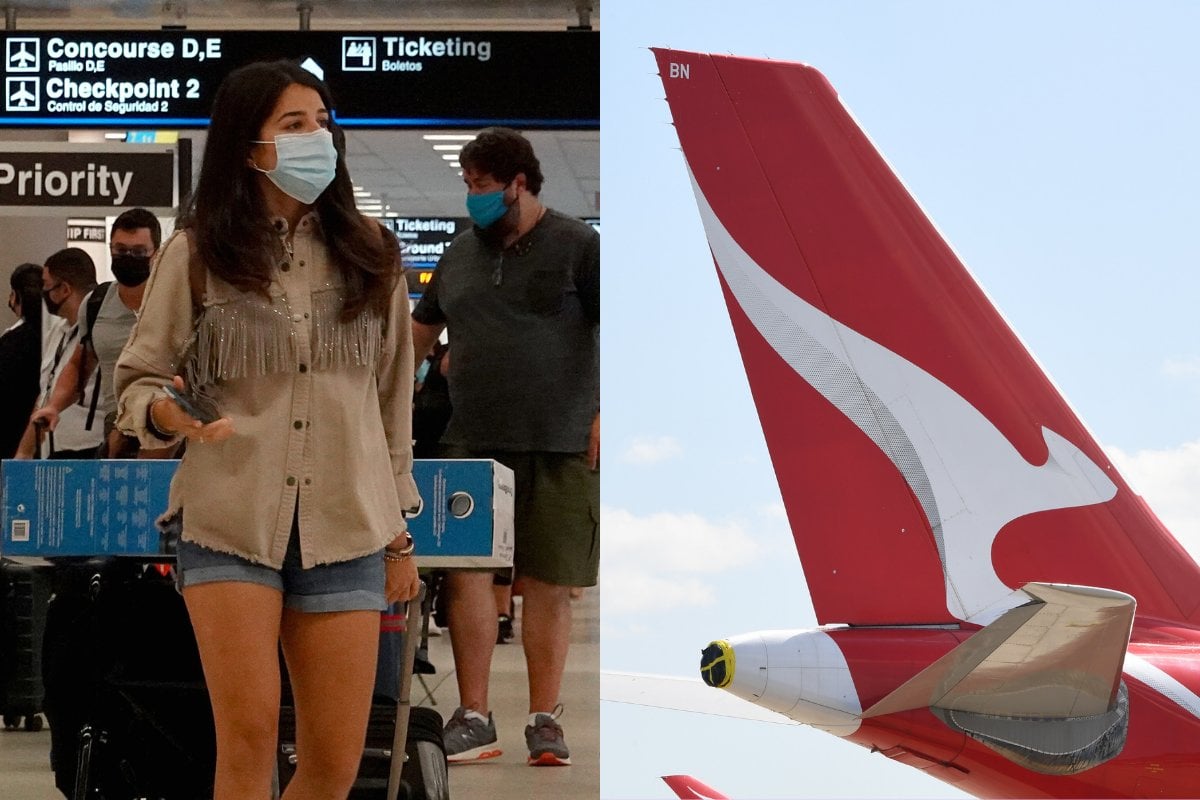 This post will be updated as new information about international travel comes to light.

Since last March, it's been anyone's guess when Australians would be able to travel overseas again. 18 months have come and gone with no international holidays and no visits to see loved ones, just millions of us waiting to hear when the international borders will open back up.

Confirming the news on Wednesday, Prime Minister Scott Morrison announced that fully-vaccinated Australians will no longer need to apply for an exemption to go overseas from Monday, November 1.

But what will international travel actually look like? Here's everything we know so far.

﻿﻿When will I be able to travel overseas?

On Wednesday, Prime Minister Scott Morrison announced the ban on Australian citizens travelling overseas without an exemption will be lifted on November 1.

"I can announce today that last night the Health Minister signed off on the fact that from the 1st of November, Australians who are double vaccinated will be able to travel overseas," the Prime Minister told Sunrise.

But it depends where in Australia you are whether you can jet off on holiday.

So far, Sydney, Melbourne and Darwin are the only cities that will be operating international flights from November 2021. It's expected that other cities will be open to international travel when they reach 80 per cent, however, that hasn't been confirmed yet.

Where can we travel to?

There will be no restrictions on which countries you will be allowed to travel to.

The airline has also announced the start date for services from Sydney to...

Cruises will also return from next year. However, no official date has been announced.

But something to note is that despite us being allowed to travel to these places, the rules in other countries might change. So, before departing Australia, make sure you check the rules in your chosen destination.

﻿Do I have to be vaccinated to travel overseas?

Yes. In order to travel overseas, Australian citizens and residents need to have both doses of a TGA-approved vaccine - Pfizer, Moderna, AstraZeneca or Johnson and Johnson.

Those who have a medical condition or are under the age of 12 and cannot be vaccinated, will be treated as vaccinated for the purposes of their travel.

However, unvaccinated Australian citizens, residents and their immediate families will be allowed to return home to Australia.

﻿What do I need to know about vaccine passports?

Before travelling overseas, you will need to download your international proof of COVID-19 vaccination certificate through myGOV. You will need your passport handy to download it.

It features a QR code that border officials will scan to verify your vaccination status before leaving the country.

Listen to The Quicky, Mamamia's daily news podcast. In this episode, we discuss when young kids will get vaccinated. Post continues after audio.

What will happen before and during flying?

The rules surrounding what happens before you fly will depend on where you are travelling to.

For example, if you are flying to the UK, you will need to book and pay for a PCR test before you depart and then take the test within two days of arrival. While the US just requires a negative COVID-19 test before you travel there.

It's also expected that people will have to wear masks for the duration of their flights.

﻿What about hotel quarantine?

Similar to above, hotel quarantine will depend on where you're flying to. And the rules that certain countries have in place now might change by the time you want to travel there.

From November 8, fully vaccinated Australians who enter Singapore will not need to quarantine. But travellers aged two years old and above will need to return a negative COVID-19 test within 48 hours before departing and undergo another test on arrival before self-isolating until receiving their result.

Upon returning to Australia, vaccinated passengers flying into Sydney and Melbourne will not need to quarantine. It's unclear what the rules will be for other cities when they allow international travel.

But those unvaccinated or vaccinated with a vaccine not approved or recognised by the TGA will need to attend 14-day hotel quarantine.