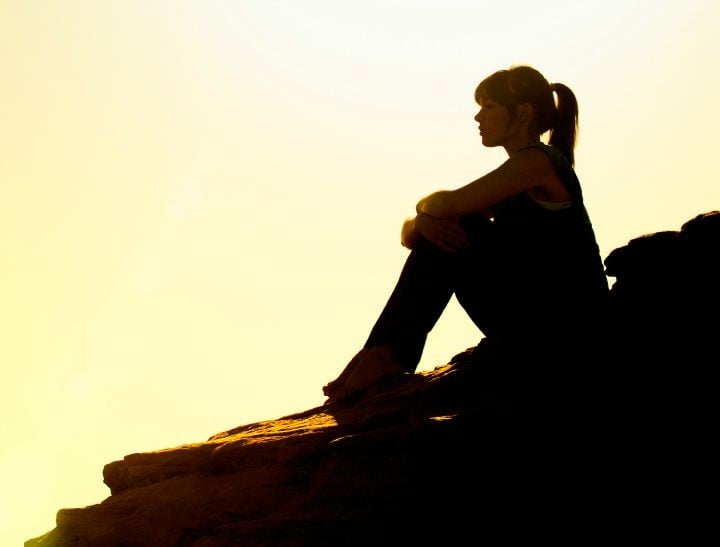 A photographer who specialises in capturing new mothers has been unceremoniously banned from Instagram.

Over the weekend, Melissa received this message from Instagram:

“Your account has been deleted for not following our terms. We’re unable to restore accounts that are deleted for these types of violations.”

What’s more, the ban arrived on the first day of National Breastfeeding Week.

The photographer, who also runs her own business, told Daily Mail Australia “[i]t was like being punished for celebrating the miracle of life.”

While social media supporters rallied together to have the ban on Melissa’s account lifted, the photographer and breastfeeding advocate has a message for the “haters” who troll her images:

“Going forward I’m more passionate about it than ever,” she told Daily Mail.

“I’m definitely not going to allow the negative [people] to make me conform to what they want.”


2.  Young women are the ‘most stressed’ group in Australia.

Research confirms that young women are the most stressed group in the population.

Pscyhologist Mandy Deeks told Fairfax these stresses are related to a lack of feeling connected.

“Women get their wellbeing from the relationships they have with others. Our connections give us our identity and values,” she said. “If we don’t have that connectivity, then our mental health does start to suffer.”

“On the surface, it’s like they have it all and then that makes women feel guilty because they’ll say ‘but I’m so lucky, I have this great partner, I have a great job’.

“They’re happy on the surface but underneath they’re worried about when and how they should do things,” she said.

“…We want everything tied nicely with a bow. That puts a lot of pressure on yourself because you start to lose confidence.”


3. The Pill can cut your risk of cancer.

New research has found that taking the contraceptive pill can significantly decrease a woman’s risk of cancer in her uterus.

The study of 27,000 women found that the longer a woman is on the pill, the lower the risk of developing cancer of the endometrium, or uterine lining.

The Sydney Morning Herald reports 2,500 women are diagnosed with this form of uterine cancer each year, and 400 of them die.

While the pill has previously been linked to a slight increase in the risk of developing other types of cancer, Professor Karen Canfell from the Cancer Council said this research proved the benefits outweighed the risk.

“[T]he good news is, it is a relatively modest and transient risk, so it goes back to normal within 10 years,” Professor Canfell told SMH.

“I think if you look at a woman’s overall lifetime risk of developing any cancer, the benefit in terms of ovarian and endometrium cancer outweighs the transient risk in terms of breast and cervical cancer.”

A man in England has called an emergency operator with the complaint his girlfriend had fed their cat his bacon.

The very confused operator asked the man if he wanted to press charges against his girlfriend or the cat, to which he replied “both.”

“It’s not a criminal offence to let your cat eat your bacon,” the operator said. “And we don’t arrest cats, I’m very sorry.”

Listen to the ridiculous call here:

Instagram is pretty clear on its policies regarding nudity - "We know that there are times when people might want to share nude images that are artistic or creative in nature, but for a variety of reasons, we don’t allow nudity on Instagram. This includes photos, videos, and some digitally-created content that show sexual intercourse, genitals, and close-ups of fully-nude buttocks. It also includes some photos of female nipples, but photos of post-mastectomy scarring and women actively breastfeeding are allowed. Nudity in photos of paintings and sculptures is OK, too." You might not think it's fair, but you really can't cry foul play when it's explicitly stated in their terms and conditions. Breast feeding photos, sure, post away - but that woman is completely nude, and clearly violating the Ts&Cs. Either stick to the guidelines, or don't post on the site. No one is stopping you from creating your own website for these images.

Yep. Instagram is under no obligation to host pictures that are against its terms and conditions. It's a free site, so I don't know why people have such entitlement over what pictures they can and can't post there, especially seeing the rules are quite clear.

Because there's a small percentage of breastfeeding mothers who have put themselves on very high pedestals, who think they above "terms and conditions" and all the rest. Get over yourselves. You're breastfeeding YOUR child. Do you want a medal?

Why do they both have to be naked to breastfeed?