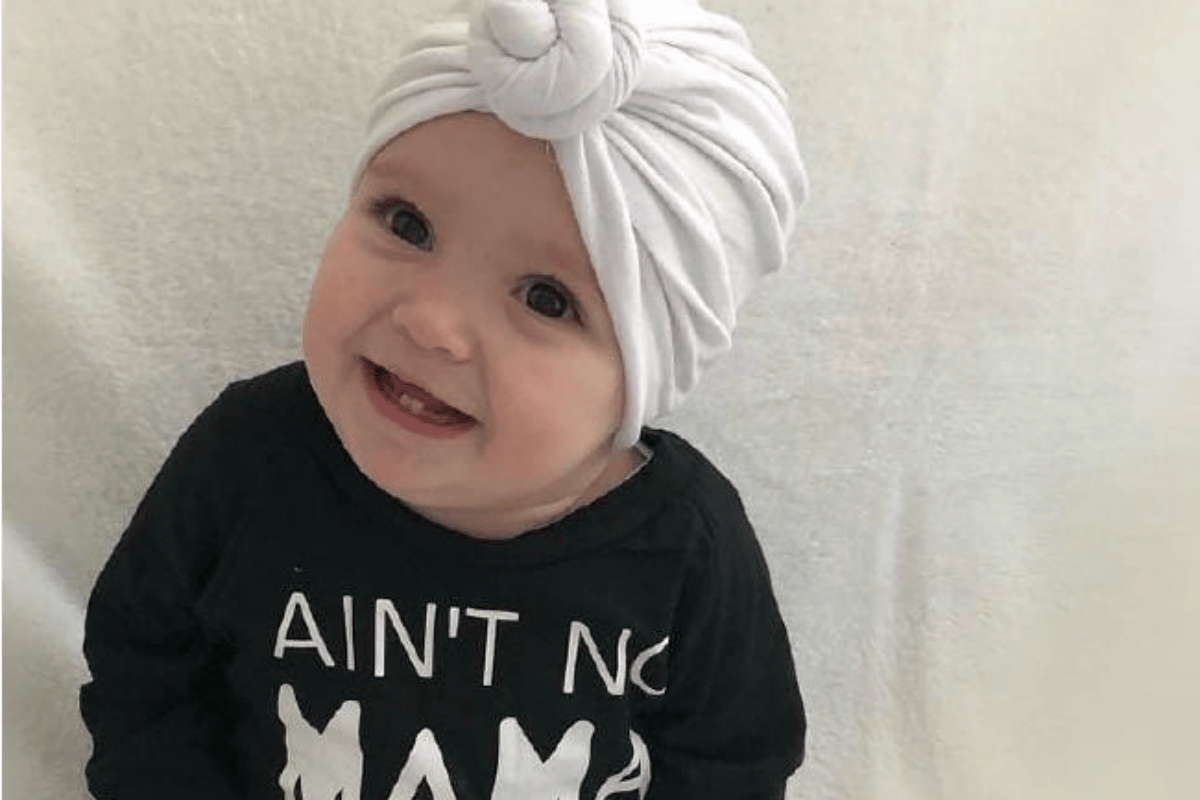 A single mother from the UK who has set up an Instagram page for her baby daughter has admitted she airbrushes photos in order to amass more followers, and thus gain interest from companies willing to send free products for advertisement.

The page, which has 1160 followers, features a series of shots of Danielle’s 11-month-old Isla in various outfits and poses, which the 20-year-old mother says she carefully edits before uploading.

But she is adamant she “has not altered her appearance that much”, and says it’s “harmless”.

““I’ve edited out milk spots, snot and redness but nothing major,” the mother told The Sun.

“I wouldn’t say I’m improving her appearance as such, just making her look more professional for companies.

“I’ve not altered her appearance that much,” she assured the publication.

Danielle added that she routinely paints her daughter’s nails, and will have no qualms putting makeup on her daughter when she turns two.

She says it’s all for the purpose of making photos appear “more professional”.

“She can’t be red and snotty in the pictures.

“She gets sent stuff from companies for free. She advertises the things. I put them online. I get big discounts on their clothes and free items.

“Then, if people say her name at the counter, they get 10 per cent off.

“We support them and they support us back but — in order for it to work — we need to provide the best possible pictures.”

Danielle said she has hopes for Isla to continue modelling as she grows older.

“She’s starred in an advert for Alzheimer’s Society and she’s with a modelling agency. I want her to be a model.

“She is very photogenic. Removing her minor flaws is just like altering the lighting — it makes companies happy because the photographs looks professional, rather than as if they were taken on a mobile.”

It’s Christmas Eve tomorrow!???? So excited! Even though I’m working ???? I cannot wait to start all the traditions with Isla ???????? What’s your plans for tomorrow ? What traditions do you have????? Isla is such a cheeky character! Swipe left to see her doing some silly poses ????????

When Isla turns one next month, Danielle has said she will start getting her pedicures and manicures as “little treats”, as she is already showing an interest in makeup.

“She already enjoys having my foundation brush brushed over face,” Danielle says.

Isla is also regularly entered into beauty pageants – the first at just six months old, which Danielle says she found out about through Facebook friends.

“She did a ‘teeny one’,” Danielle said. “She had only just turned six months. She got ‘Queen’ in her division, that means she came second.

“She got ‘Most Beautiful’ as well. Most recently she scored higher. It’s given me a taste.

“She’s signed up for even more this year.”

While Danielle is aware of the negative backlash she may receive, she wants people to know she would never force her daughter into anything.

“No one has objected to my face, but I am certain a lot of people think it,” Danielle said.

The mum isn’t the first to use editing tools to alter photos of her kids, with several high profile women accused of doing the same thing.

In September last year, Real Housewives of Atlanta star Kim Zolciak-Biermann uploaded a photo of her four-year-old twins Kaia and Kane to Instagram. Another version of the photo, however, was uploaded on another family member’s account, making it clear that Zolciak-Biermann had photoshopped her daughter’s proportions – in particular, the size of her nose and bum.

The reality star received severe criticism for the image, but appears to continue to edit baby photos of her older children, as well as current photos of her young kids.

Similarly, in October last year, Kim Kardashian posted a photo of her then seven-month-old daughter Chicago West, alongside her cousin, then eight-month-old Stormi Webster. But Stormi’s mum Kylie Jenner had also posted the same photo earlier in the month – allowing some people with a keen eye to take a closer look and notice some changes.

Chicago’s head appears altered in Kim’s photo, making her forehead more rounded. While the differences are subtle, they were noticeable to fans.

Do you think parents should be photoshopping their kids online? Let us know in a comment below.

UGH.
I don’t even know where to start. Can somebody else please start...