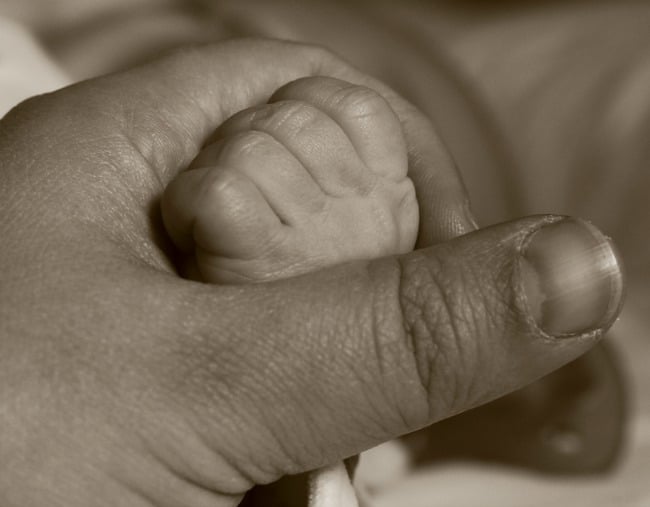 She knew it was happening. She knew she was in labour.

Things were progressing so quickly. She began to panic. She started screaming for help.

But she was all alone. Trapped in one room. And there wasn’t anything she could do about it.

She was in pain, and likely confused. She was only thirty-six weeks along. Why was this happening? What was wrong?

Was the baby OK?

But the baby was coming.

The young mother tried to remain calm, but we can presume she was terrified.

But now, she didn’t have a choice.

She could feel the pressure tearing at her. This wasn’t going to take long. It wouldn’t be a twelve hour labour.

The baby wanted out; just like its mother did.

There was blood and fluid everywhere. The young mother was sobbing.

Please let my baby be OK.

And still no one came.

She was delivering a baby, by herself.

She had pressed the alarm. She had screeched for help until she was hoarse.

Didn’t anyone care? Didn’t they care about her, and her baby?

Is that how little they mattered?

And then, miraculously, the baby was born, and was alive and OK. And now there were two people in the room.

Of course, there were apologies later.

But the damage was done. The baby was fine, but the mother would always remember that birth. Already having mental health issues, the mum would likely be traumatised from her experience.

This story didn’t happen a century ago, or in the third world. It happened last month, to an Indigenous woman, in Perth’s Bandyup Prison.

A spokesman for the Department of Justice said in a formal statement, “The inmate gave birth very quickly after it was made clear she was going into labour. Staff acted as soon as they could to manage the unexpected birth.”

But there had been a delay in getting the cell unlocked.

The spokesman also said, “Pregnant women are medically assessed when received into custody and provided with ongoing pre-natal care and support that is commensurate with health standards in the wider community.”

But this young woman, temporarily in custody, in the first world country of Australia, endured an entire labour and birth, without medication, without any assistance.

Or even anyone in the room.

Very disturbing considering no one heard this woman’s cries for help. Aside from giving birth I can think of many reasons that guards need to be able to hear or see an inmate in distress. This case makes it easier to see how deaths in custody can actually happen. Thankfully the woman and baby are physically ok.