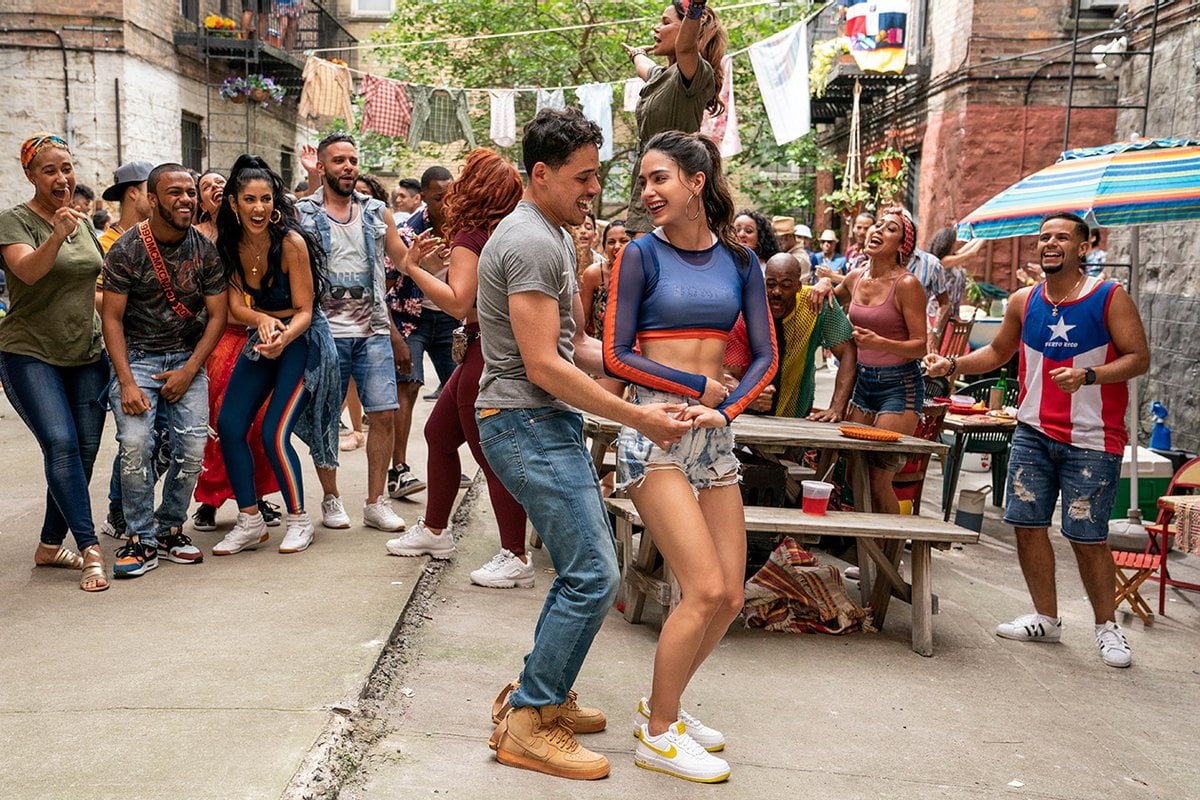 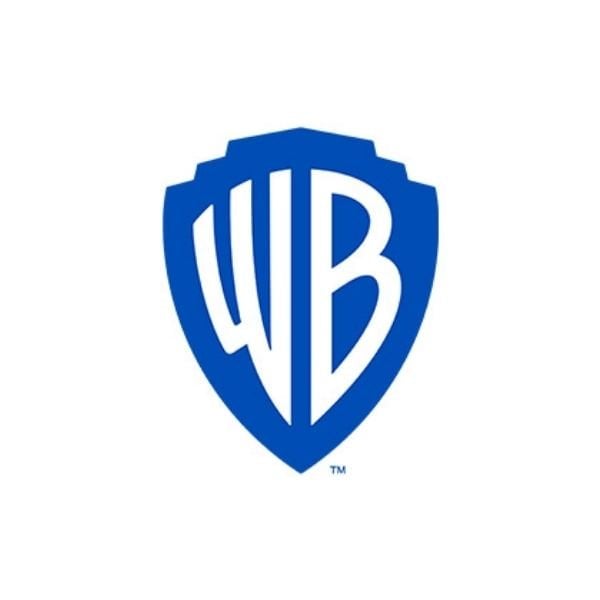 Thanks to our brand partner, WARNER BROS

It's impossible to watch In the Heights without fighting the urge to leap out of your seat and move your body to the new movie musical's joyful and infectious songs.

I didn't think I'd be switching from my daily listen of the Hamilton soundtrack anytime soon, but I've found my next obsession!

In the Heights is a musical drama film directed by Jon M. Chu (known for his work on Crazy Rich Asians) with a screenplay by Quiara Alegría Hudes. The movie is based on the brilliant Broadway stage show of the same name by Hudes and Lin-Manuel Miranda, creator of Hamilton.

Set in the vibrant Washington Heights district of Manhattan, which is filled with Latin American communities, In the Heights tells the story of Usnavi de la Vega (Anthony Ramos), a bodega owner on the block who dreams of a better life, surrounded by an ensemble cast of vibrant personalities made up of his family and friends.

Let's countdown the 5 reasons why Lin-Manuel Miranda's In the Heights is an unmissable movie experience the needs to be seen on the big screen.

Reason #5: The cast of In the Heights are pure perfection and give unforgettable performances.

The cast list for In The Heights reads like a who's who of the best and brightest stars from TV, film and Broadway.

Anthony Ramos, who originated the dual roles of John Laurens and Philip Hamilton in Hamilton, brilliantly leads the cast in the lead role of Usnavi, proving himself to be a powerhouse in films as well as on the stage.

Melissa Barrera also stars, who many people first fell in love with thanks to her starring role as Lyn in the Stan drama series Vida. She perfectly brings to life the passionate Vanessa while singer and songwriter Leslie Grace brings her musical talents to the role of Nina. A young woman who 'made it out of the heights' but now finds herself longing to return home.

Corey Hawkins, known for his role in Straight Outta Compton and the Broadway production Six Degrees of Separation (for which he received a Tony Award nomination for Best Actor in a Play) perfectly brings to life the dreamy Benny, a dispatcher employed by the car service owned by Nina’s dad (played by Star Wars actor Jimmy Smits), who is in danger of watching his job and friends slip away.

Take a look at the trailer for In The Heights.

Reason #4: In The Heights is another slice of musical brilliance from the genius mind of Hamilton creator Lin-Manuel Miranda.

The world has fallen in love with Lin-Manuel Miranda's groundbreaking musical Hamilton, and now his other creation In The Heights offers up the same powerful songs, brilliantly shaped characters, cultural significance, and above all, is filled with heart.

With In The Heights Miranda has woven together an eclectic mix of musical styles and sounds. The result is a movie-going experience that will make you feel you've been transported to Broadway itself. 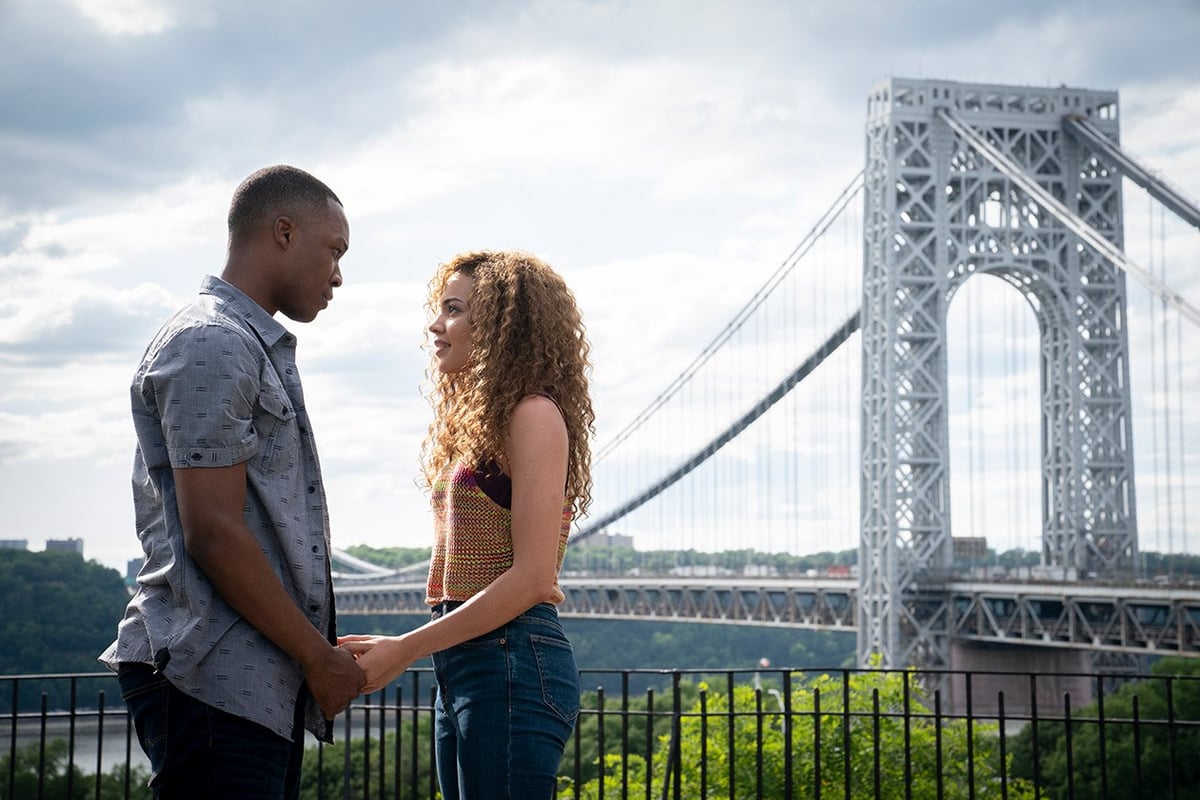 Corey Hawkins as Benny and Leslie Grace as Nina in In the Heights. Image: Warner Bros.

Reason #3: Watching In The Heights will instantly make you want to follow your dreams, whatever they might be.

Everyone living in Washington Heights has some sort of dream.

For Usnavi, the dream is to return home to the Dominican Republic to open a beachside bar, while Vanessa's dream is to leave her job at the local nail salon and become a fashion designer.

On the other slide of this, Nina has returned home from Stanford and is no longer feeling like her dream of attending such a prestigious college is right for her.

It's a storyline that shows how achieving your dreams is an ever-evolving journey, and one that doesn't always end the way you thought it would.

Reason #2: In The Heights is a movie that explores all types of relationships, and it will make you want to hold your loved ones tight.

There's no denying that there's passionate love and romance at the heart of In the Heights.

Sweet Usnavi has been secretly in love with Vanessa for years and thanks to an entertaining bit of prompting from his little cousin, the two finally embark on a will-they-won't-they journey that will have audiences dying for them to profess their true feelings for one another.

But In the Heights also brilliantly explores the meaning of family, both the people you share blood with and the people you chose to have in your inner circle.

At the heart of this suburban family is Abuela (Grandma) Claudia, played by Olga Meredi, who originated the role in the Broadway production, for which she received a Tony Award nomination for Best Performance by a Featured Actress in a Musical.

Claudia is very much the wise matriarchal figure who holds the characters of the film together as they face the prospect of losing their homes, their jobs, and the uncertainty that comes with chasing your dreams.

What's also special about seeing these beautiful relationships unfold on screen is that everything from the food to the authentic Spanish that they share between each other feels very much like a warm hug.

Reason #1: In the Heights features some of the best dance sequences you will ever see on the big screen.

Along with its catchy songs, the movie features all different types of dance and movement, from street dance to Latin and ballet. It's such a beautiful mix of heritage and history that I loved seeing on the screen.

There are a number of breathtaking extended dance sequences and many of the moments have been so carefully choreographed that every little sound from the block blends together to create a beat for the dancers. 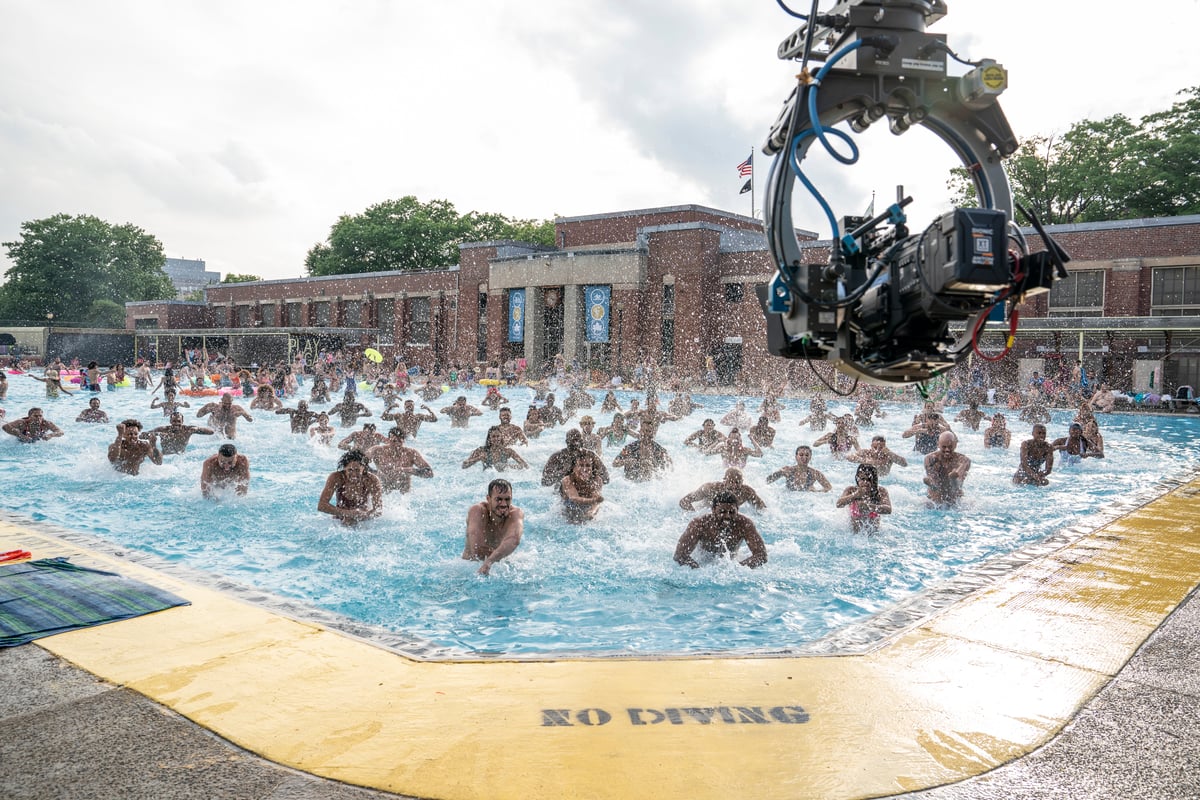 The musical sequence for one of the show's most popular songs, 96,000, was even filmed at the Highbridge Pool and features a brilliant synchronised swimmings scene that was shot over two days with 500 extras.

It's truly a treat for your eyes.

Not convinced it's the movie you have been waiting for? Check out what the famous people are saying:

Excited to see his beautiful movie? Enjoy watching this film pack an emotional punch from every direction. See In The Heights in cinemas from June 24th!

In The Heights releasing in cinemas everywhere from June 24th. Advanced sneaks from June 11th.