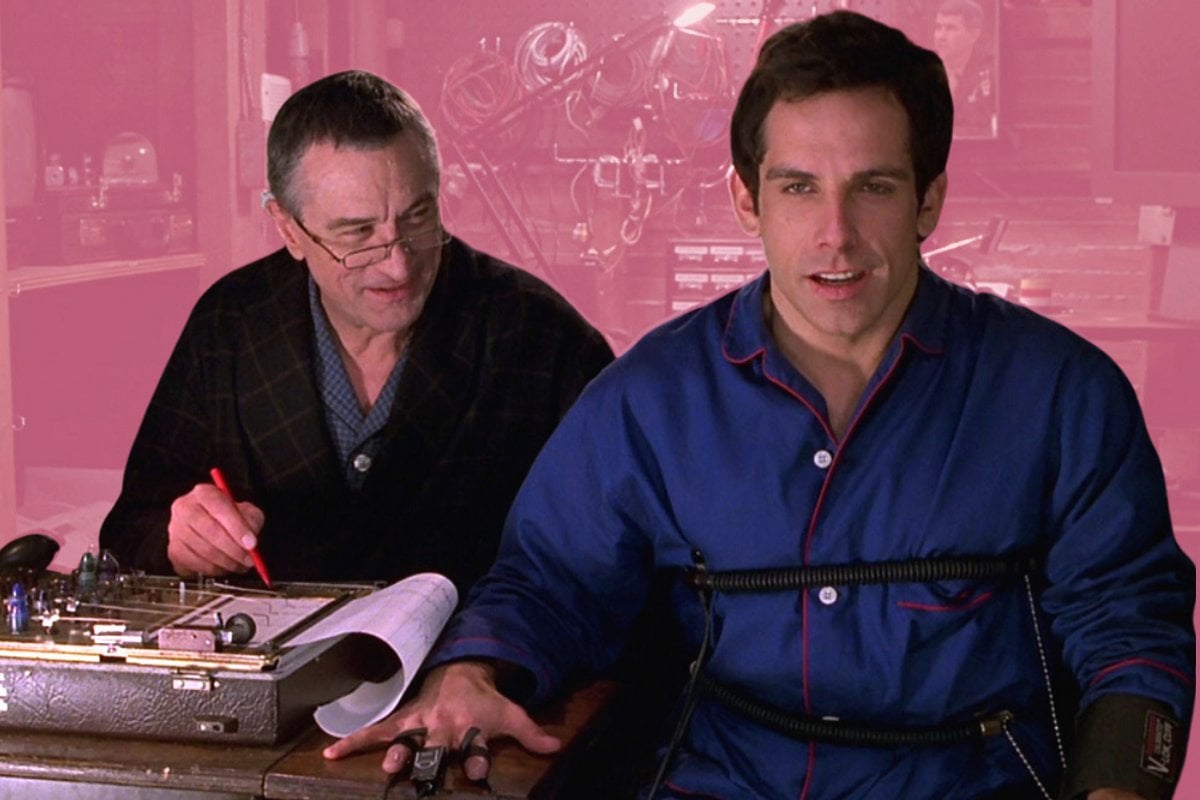 You get to see where your partner came from, as well as possibly get a glimpse of what they might be like in the future.

Of course there are heart-warming stories of people loving their in-laws more than their own families, but there are also nightmare tales – things that family members say and do that raise red flags.

Watch: Can you cut out toxic relatives? Post continues below.

Sometimes those red flags mark the beginning of the end of a relationship. Other times they’re things you learn to live with, like putting something completely inappropriate on a pizza.

Here, 15 women share things they learned about their partner’s families that were serious red flags.

1. "They didn’t have sides at Christmas, just seafood, no salad, no nothing. Just seafood. One year I decided to bring a potato salad to liven things up, and they looked at me like I had two heads. I knew I couldn’t go through with the wedding."

2. "When I first moved in with my now-husband, his mother let herself into the house while we were at work and popped a coaster under the glass of water I’d left by the bed."

3. "My father-in-law met me and winked at his son and said he was a lucky boy to have his hands on my rack!"

4. "When I first met my ex’s family I was already pregnant. He had refused to allow me to meet them until then. On that day I learnt they didn’t speak nicely to one another, and they liked to go out in the backyard on their rural property and shoot stuff for fun. The fact they handled guns even though they had had a drink of alcohol (a REAL gun user knows you only touch guns 100 per cent sober) was a huge red flag for me. It said that they don’t think about repercussions, don’t take responsibility, and aren’t reliable. On that day they nearly shot my ex’s two younger siblings twice when they were running into the field to reset the targets. I never went back to their home, and they never had contact with my child after my ex had a mental breakdown and left our lives when the baby was only a few months old."

5. "My ex-boyfriend had an overbearing mother. Once, he was lying across the couch with his head on my lap while I was playing with his hair, then his mum came and sat on the other end of the couch and started massaging his feet."

6. "My poor ex-mother-in-law never worked, never drove and never went anywhere by herself. At the time I thought it was just the thing 1950s wives did, but then I realised it was absolutely about control and keeping a woman in her place. After a few years married to her son. I figured he'd also learned to do that pretty well."

7. "I walked into my mother-in-law’s home for the first time and saw an ice pipe on the table."

8. "At my only Christmas with an ex, the adult kids (including my ex) started teasing one sibling, which turned into torment, food being thrown, and laughing and being very self-righteous about how that proved their point when she left the table crying. The parents did nothing. When I talked to him about his role in it, he dismissed me and blamed the sister who left the room."

Listen: Mia Freedman chats to author Sally Hepworth about mother-in-law relationships on the No Filter podcast. Post continues below.

9. "My sisters, mother, and I are all expected to cook and serve the dinner, as well as doing the dishes while brothers/father sat and watched TV. Gross."

10. "My father-in-law having a yelling match with my mother-in-law when she set up her own email address. The pointing out of overweight people in public and on TV to my kids. The borders being closed the last two years have not been an overly bad thing for me."

11. "My ex’s family was a train wreck. The mother had jumped from relationship to relationship, marrying men, then divorcing and taking money before moving on. His sister had a child young, and the dad raised her and she was estranged. The other sister had kids to various different men and was following in the mother’s footsteps. I couldn’t deal with the unstable family. Luckily I left because he also followed suit and had a son to a lady, then took her to court for custody before moving on, leaving a trail of bad relationships in his wake. Dodged a massive bullet there!"

12. "My mother-in-law calls every morning at six or so to make sure he’s up for work. He’s 30 and is perfectly capable of using an alarm clock."

13. "His parents came to town, and as we were getting ready to meet them, I was told his mother didn’t like me and I needed to prove that I was good enough for her son. That led me to want to find out more about his upbringing. He was the baby, spoiled rotten, not held accountable, but also had long periods of being ignored. When I realised all of this, suddenly his man-baby behaviours, the lying, and sense of entitlement without having any substance to back it up became crystal clear. I understood these were not 'cute flirting behaviours in the early part of the relationship' but really pointed to much greater personality issues. So I left."

14. "The first time I met his mum, all the teenage nieces and nephews had been recruited to make sure I wasn’t alone with her. She snuck off to follow me to the bathroom and, as I was washing my hands, started talking about how seeing footage of President Obama made her think about golliwog dolls."

Reply
Upvote
1 upvotes
Gosh, I which I had listened to my gutt. The boy is (still) great but his mother is the worst person I’ve ever had the misfortune to have in my life.
G
gypsy 18 days ago

Reply
Upvote
3 upvotes
@katev1  Well don’t have her in your life. Seriously,  I went through it and I eliminated them from my life. Both parents in law were as bad as each other. Not good  influences on my children and they barely saw them over  their whole growing up years. You have to take control of your life. Don’t allow yourself to be pushed around and treated badly. Good luck but be strong. I am trying to help you, sometimes people need support to actually tackle the problem.
G
gypsy 18 days ago

Reply
Upvote
2 upvotes
I don’t get people if someone rang my phone regularly at 6 they would get the engaged tone as the phone would  be off the hook. You have to  take  control of your own life and not allow people to control  your environment. People wouldn’t get away with nonsense if others didn’t allow  them to. Take control.
News
General
Opinion
True Crime
Politics
Sport
Explainer
Entertainment
Celebrity
Reality TV
Movies
TV
Books
Rogue
Royal
Lifestyle
Beauty
Fashion
Weddings
Home
Wellness
Health
Fitness
Travel
Food
Parents
Before The Bump
Pregnancy
Baby
Kids
Teens
School
Parent Opinion
Work & Money
Money
Finance
Career
Lady Startup
Relationships
Sex
Dating
Separation
Friendship
Family
Real Life
Couples