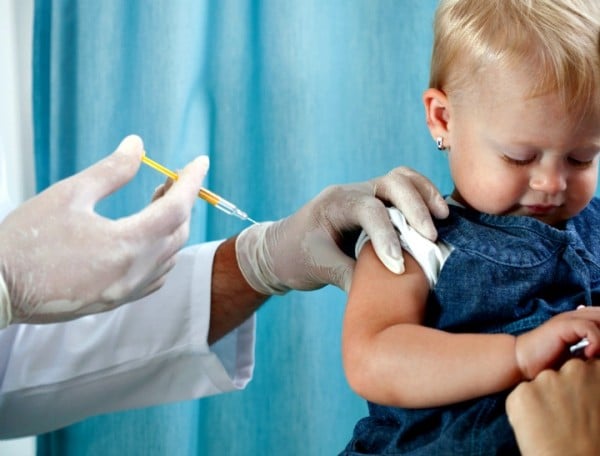 I live across the road from a cemetery where the oldest graves date back to the mid-nineteenth century. Walking amongst the headstones last week I came across this epitaph:

In memory of their beloved children

I’m neither sensitive nor spiritual, so I don’t find the cemetery particularly melancholic or macabre. But as I read those words I could feel my chest tighten. To lose four children in one week – even if that week was 150 years ago – is heartbreakingly tragic.

As I walked home I wondered how the Barr children died. Cancer? Anaphylaxis or diabetes? No, of course not. Undoubtedly some highly contagious disease swept through their house. Scarlet fever, perhaps, or influenza. Maybe whooping cough or measles. Sarah probably had to care for her sick children at home, unassisted, perfectly aware that the situation was utterly hopeless.

How foreign this concept is now. In this century parents expect (and justifiably so) to die before their children. There are proper sewerage systems and food safety standards. There is ibuprofen and penicillin. There are paramedics and paediatricians and brain surgeons.

And there are vaccines.

My son cut his hand quite badly yesterday. While riding his bike around the local footy oval he somehow managed to fall sideways and land against the sharp edge of a metal billboard. There was a lot of blood (and a corresponding amount of screaming), but I decided that a Band-Aid and some licorice would suffice.

However, by the time we arrived home I found myself thinking about tetanus. I don’t have a lot of medical knowledge but I am aware that dirt and open wounds are not a good combination. Fortunately I have Nurse-On-Call – my favourite medical advice system – on speed dial. After the nurse listened patiently to my detailed account of the bike/billboard incident she said, “Is your son up to date with his immunisations?”

When my children were infants I looked forward to their maternal health appointments. I liked the weighing and measuring and all the rest of it. And frankly, outsourcing some of my parenting to an expert was reassuring. The regular jabs were no fun to witness – nobody wants to see their baby cry – but I never missed one.

“Yes,” I told the nurse. “But his last shot was two years ago. Is that enough? Should I take him for a booster?” I guess she could sense the slight panic in my voice. “No,” she replied, calmly. “He’s still protected. He’ll be fine.”

When my daughter was six she got chicken pox. Her classmates all did too. I don’t know who introduced it to the school, but the swift spread of the disease was nothing short of impressive. I counted twelve not-very-itchy spots on my daughter’s torso. “I don’t feel sick,” she complained. “So why do I have to stay home?” I explained the concept of quarantine. “You’re hardly affected, see,” I said, “but if you pass on the pox to someone who hasn’t been vaccinated they could get really crook.” It turned out that my daughter’s best friend was that very someone. She got a lot more than twelve spots.

It’s easy to forget that “old-fashioned” diseases are still in existence. We tend to feel safe – impervious, even – in our sanitised bubble of modern life. But are we too confident? Too complacent?

According to a recent report by the National Health Performance Authority, in 2014–2015, 90.9% of all Australian children aged 1, 2 and 5 years were fully immunised. This means 84,571 children across these age groups were not fully immunised. In order to protect the community against vaccine-preventable diseases a 95% immunisation rate is recommended. If Australia’s immunisation rates do not rise, surely there is an increased risk of outbreaks and epidemics.

This morning I decided to Google Sarah and Joseph Barr. I didn’t think I’d find anything, but as it happens, Sarah was all over the internet. According to one record she emigrated from Ireland in 1855 as a 20-year-old. She and Joseph were married a year later and together they had twelve children. The eldest four were those listed on the epitaph above. It turns out that they all died from diphtheria.

The diphtheria vaccination was introduced in the late 1920s; too late for the Barrs. I wonder what Sarah and Joseph would think of the current state of Australia’s immunisation. They were never offered the chance to protect their children – and now some people who do have that opportunity are refusing it. Death may be inevitable, but nobody should have to inscribe the names of four children on a headstone.