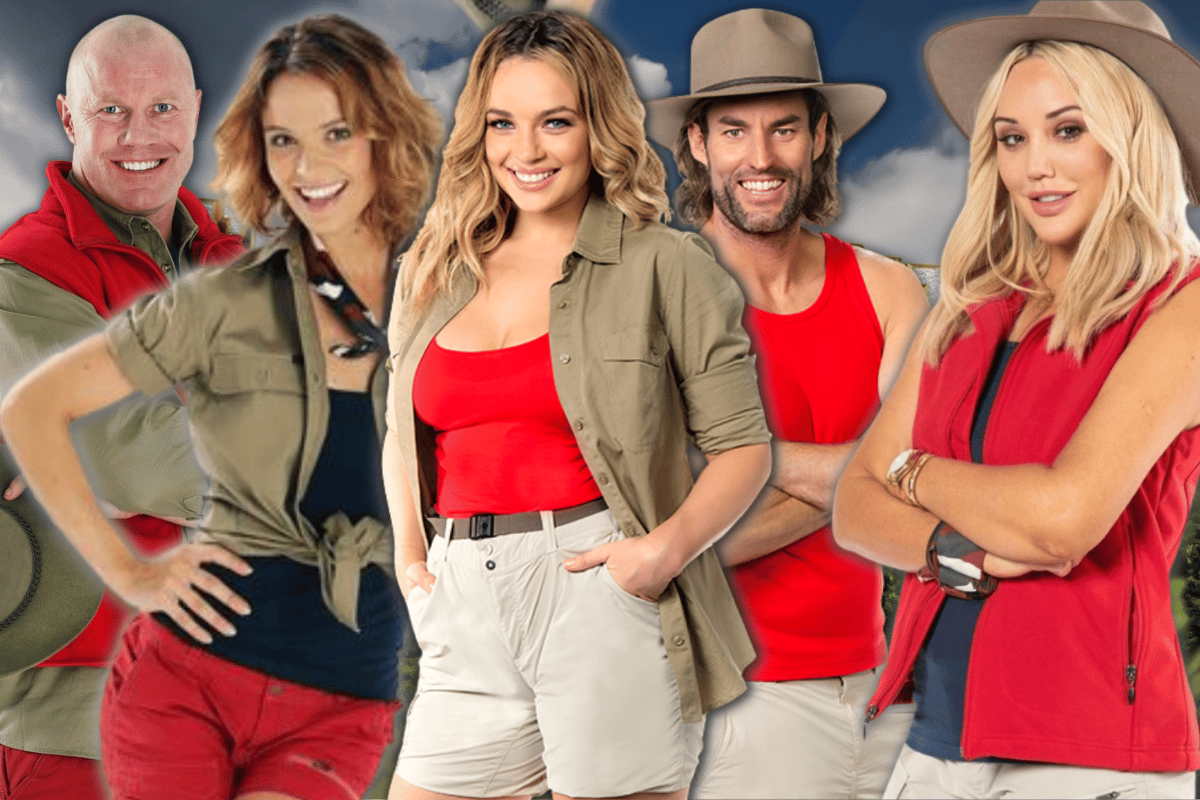 It's no surprise that reality shows often produce steamy romances, and I'm A Celebrity... Get Me Out Of Here is no stranger to creating fascinating pairings.

Cold weather, intense challenges and heightened emotions are all part and parcel when one is competing in the jungle, and so it's no surprise some of Australia's most notable couples have come right out of I'm A Celeb.

Watch the trailer for I'm A Celebrity. Post continues after video.

Here's a look book at romances that began on I'm A Celebrity.

While they were initially interested in each other months before filming started, The Wash reported, the pair quickly built up a romance while in the jungle.

However, it didn't last for Ryan or Charlotte, who found the real world was a stark reality check for them both. 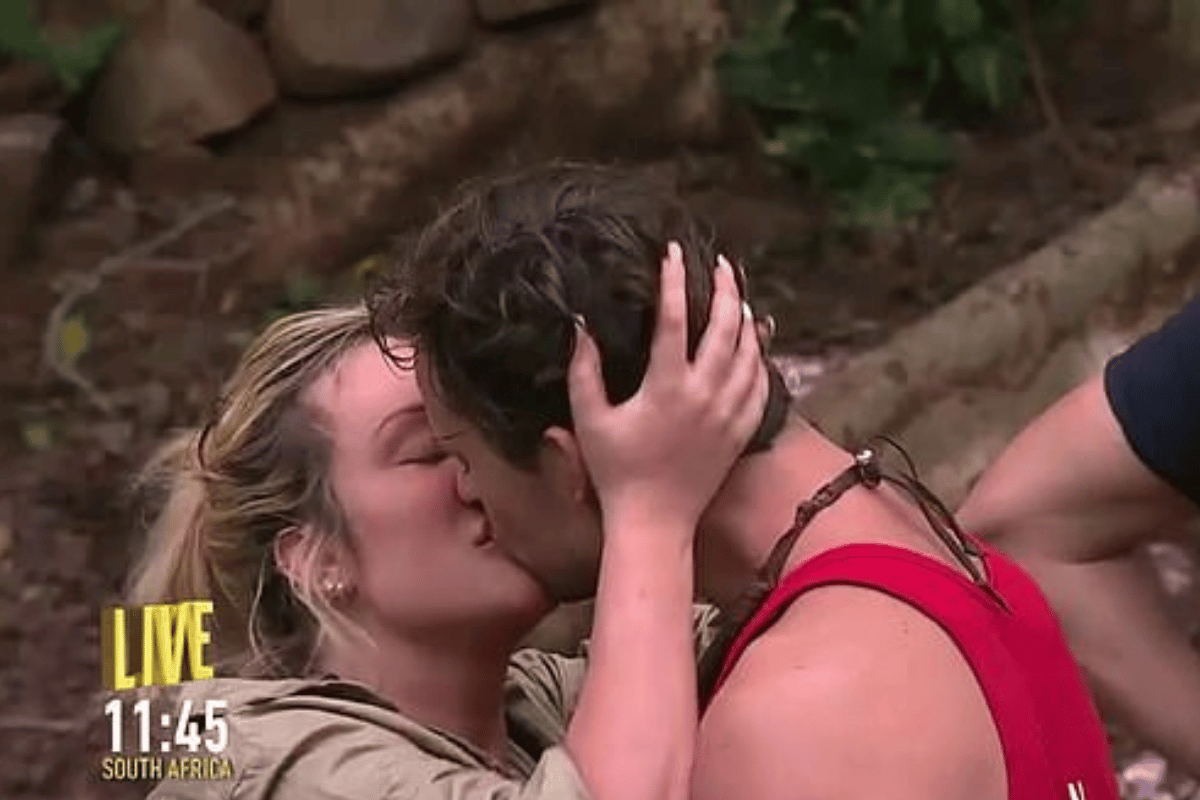 Charlotte and Ryan on I'm A Celeb. Image: Channel 10.

The pair were accused of putting on a 'showmance' for the cameras, but Ryan made it clear they were both interested in each other before they realising they'd be competing alongside each other on I'm A Celeb.

"We f**ked it up, we have the same manager, and he didn’t tell either of us who was going in – but we were talking over Instagram, and Charlotte usually took like five or ten hours to write back because of the time difference, but she was writing back straight away. I was like, 'I’ve got a secret I’m in South Africa' – and she went, 'I am too.' 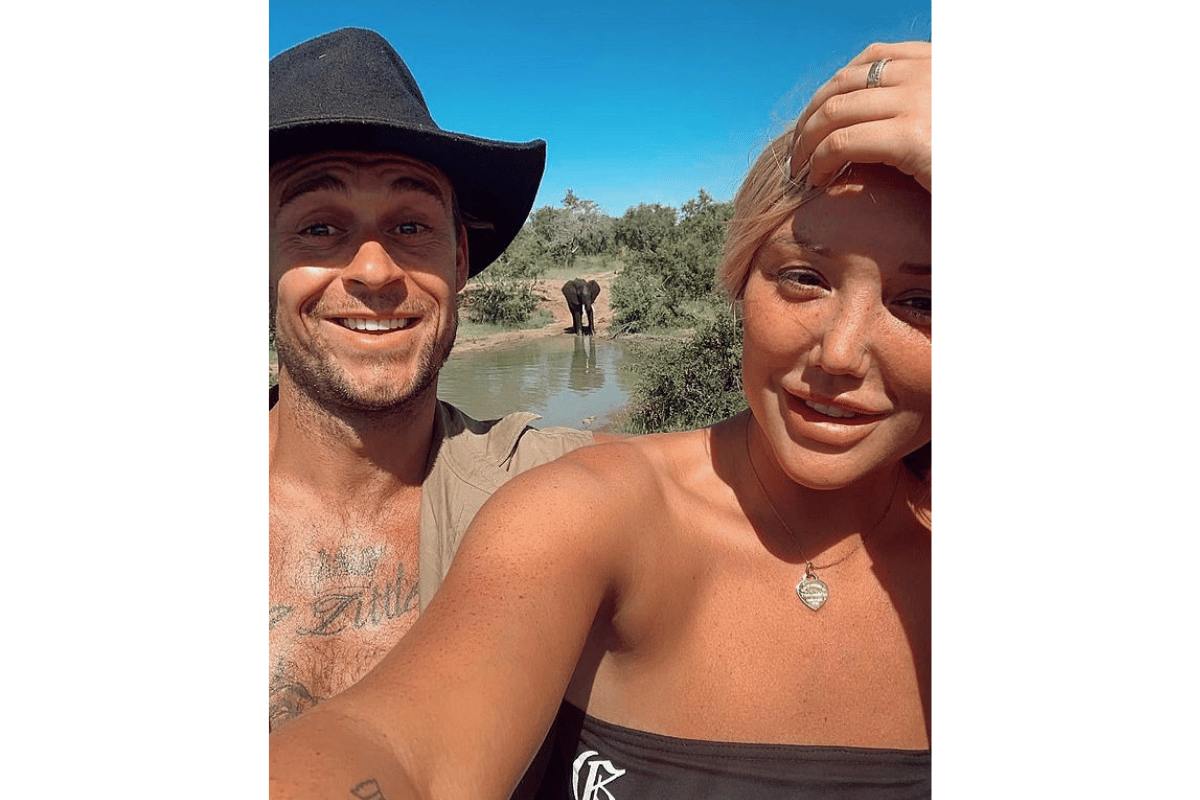 Sadly, just weeks after leaving the jungle, the pair's brief romance came to a halt.

"We had a lot of fun, and I was pretty sad when we first broke up but I got over it in the end," he said. "She’s not someone I would usually go for – I don’t like plastic surgery or botox or that stuff, I try and stay clear of it. Being a country person, I thought [people like that] were like Desperate Housewives with money and a bit b****y – but that’s not the case at all… I never watched [our season back] because I think it would upset me, I genuinely was a bit cut.’"

Ryan also told NW Magazine that he and Charlotte were hit with a reality check after exiting the jungle.

"Everything is obviously so isolated in the jungle and all of your emotions run at a high," he explained. "While we were great in there, when we got out reality hit pretty quickly. It was clear it was never going to work."

Charlotte also spoke on their split, telling 10Daily she needed "time on her own".

"When me and Ryan came out of the jungle, I made no secret that I had been in a very long relationship and I wasn’t ready to jump into another one," she shared. "I still wasn’t looking for something serious, he’s at a stage in his life where he is — so we came to a mutual decision that we’d just cool it off.

"I just need to have that time on my own where I’m not worried about anyone else. I want to be really selfish for one year."

The radio host and former Bachie star had a brief bout with comedian Ash Williams, with the two sparking dating rumours after sharing a steamy kiss on I'm A Celeb.

Abbie made it clear after the show though that they were never serious, and only turned to each other out of sheer boredom and a desire for affection. 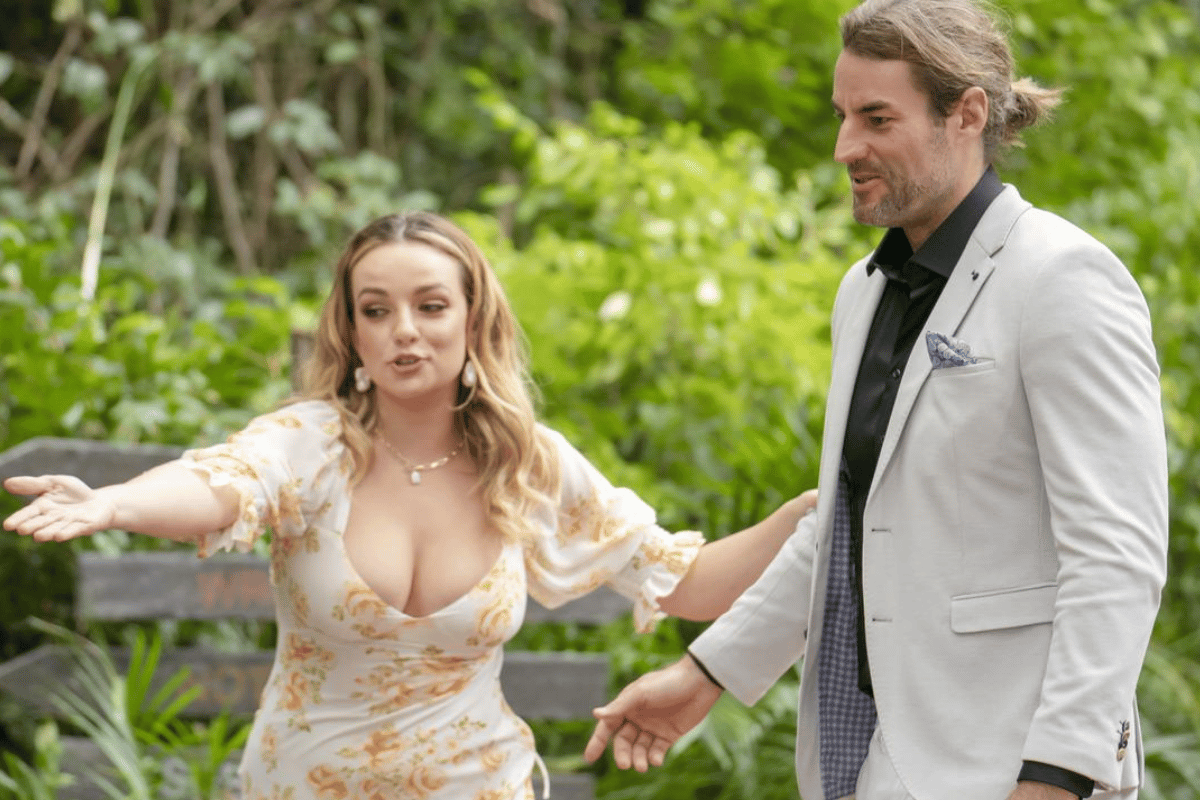 "There’s this weird thing, there’s a lot of Twitter chat about how I am in love with Ash and I’m obsessed with Ash," she said at the time, on her It’s A Lot podcast.

"I never had feelings for Ash, I got a lot of DMs from you guys like ‘you’re too good for him, can’t you see he doesn’t like you’ and I’m like but I didn’t like him either! Got along really well, we were really good friends in there. We cuddled literally all day, every day, because we needed affection."

Abbie went on to say they'd "caught up for a coffee" and wrapped up the show as friends and nothing more.

On their kiss, the winner of the season shared she'd "requested a no-consequence pash".

"[It's] in the same way that you would request a friends-with-benefits moment, but unfortunately kiddies, we were on a PG show so I couldn’t say, ‘Do you want to just f**k?’. Also, 'cause we couldn’t f**k, cause we’re in the jungle and there was no hot water, if you know what I mean." 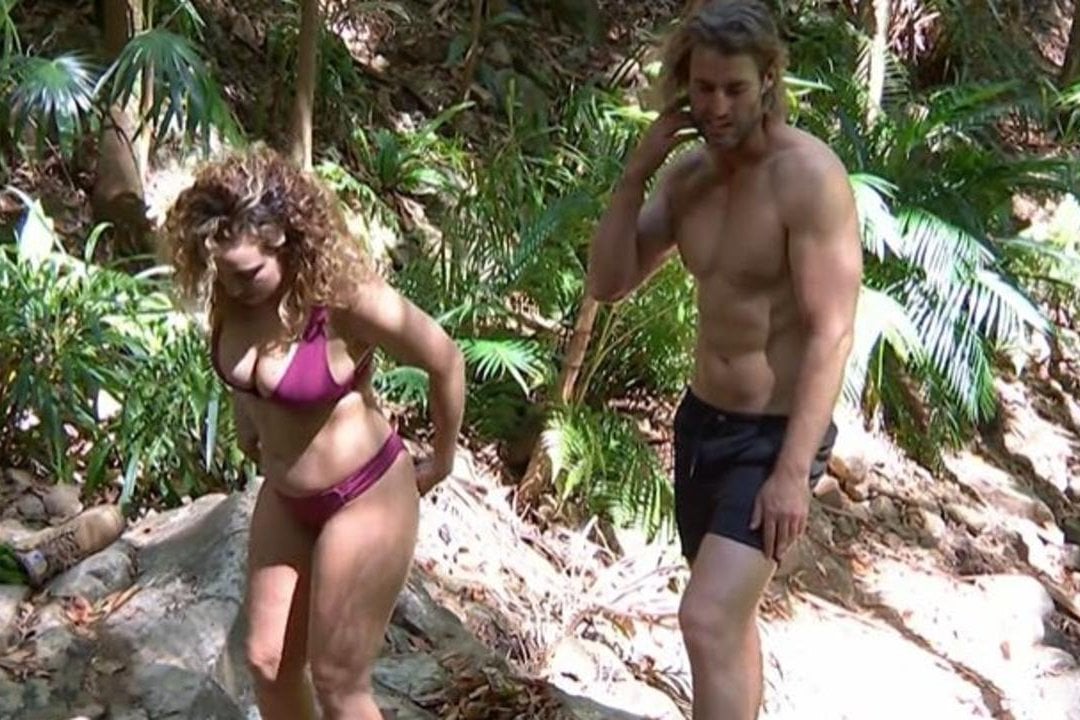 Ash was later called out by Abbie for expressing interest in latecomer Alli Simpson while chatting with Grant Denyer and Colin Fassnidge.

"It is very tough," he told the men, "because… like, in all seriousness, like, she is way more my type."

After his fellow campmates warned Ash he may have hurt "Australia's sweetheart", the comedian confided that it may have already been too late.

"This morning, I was sitting by the fire and I said, ‘Last night’s cuddle was good.’ I said, ‘You know, maybe we could do that again'," he said.

Taking to her Instagram story while watching the show, Abbie captioned a photo: "If you think ur love life is bad imagine consistently being second best on national tv". 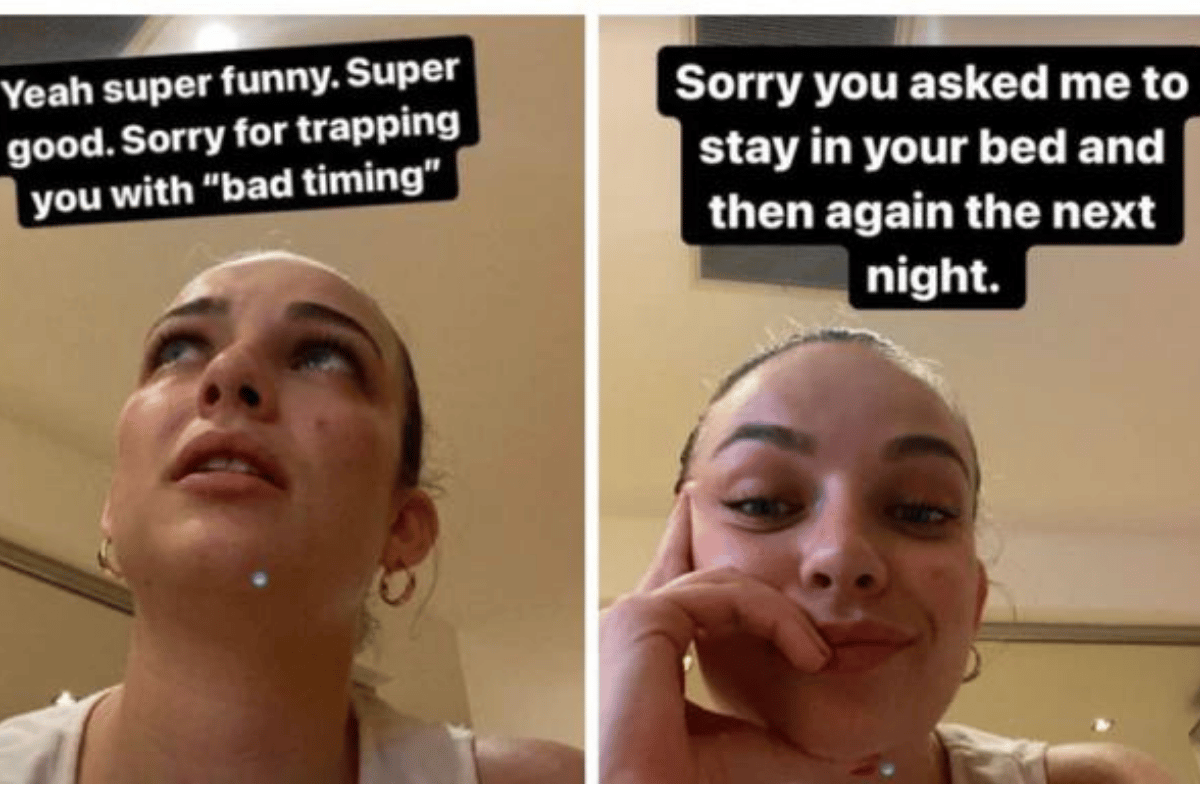 After Ash joked that Alli's arrival was "one day too late," Abbie wrote in another slide: "Yeah super funny. Super good. Sorry for trapping you with 'bad timing'."

She didn't stop there, and went on to say, "sorry you asked me to stay in your bed and then again the next night... Love feeling like I’m charity work". 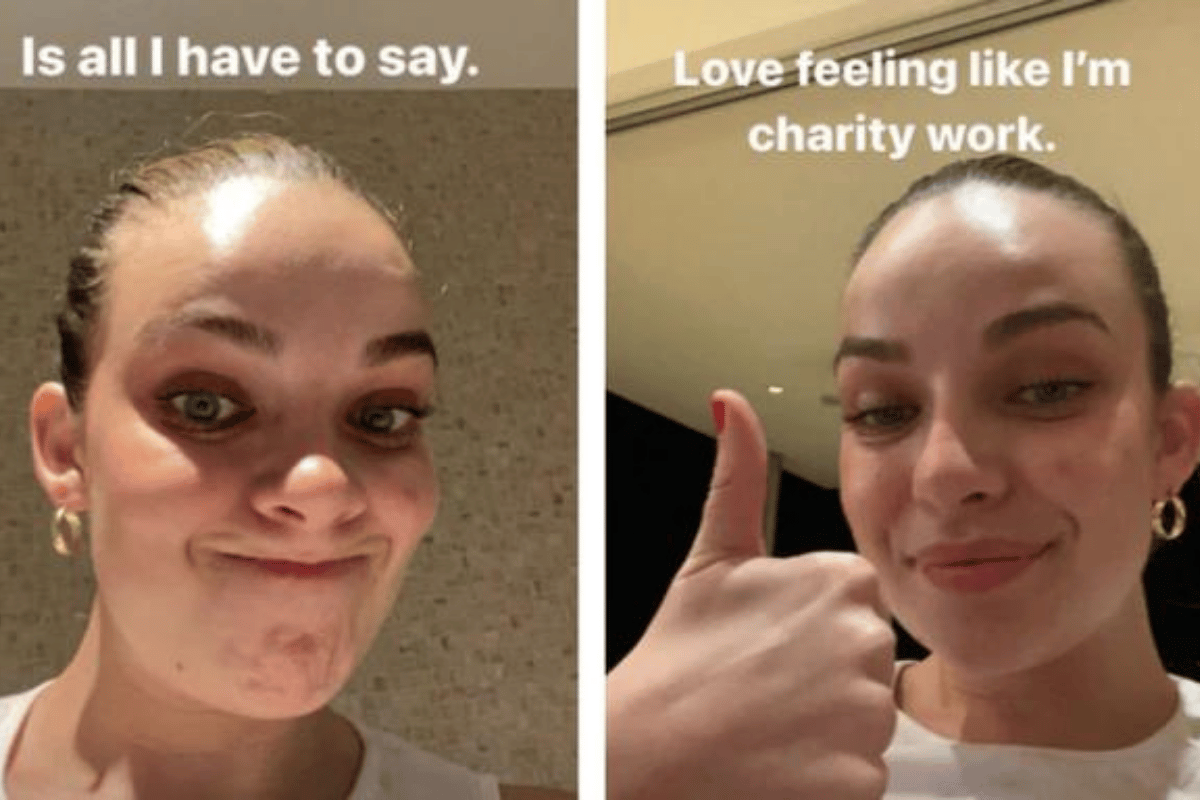 Later in a clip, Abbie admitted the situation was a major blow to the self-esteem, and she remained good friends with Alli.

"Being completely honest regarding tonight, I know you all probably want a feminist rant about locker room talk and the boy's club but, to be quite frank, I’m just hurt," the I'm A Celeb winner shared.

"I feel like I was spoken about as though I am an inconvenience and easily discarded and I’ve been talking a bit lately about how my self-esteem hasn’t been good lately and I know you all want me to be the ‘self-love queen’ but it’s like all time low and it was just kinda a kick in the guts."

Abbie is currently in a relationship with Bachelorette star Konrad Bien.

Meanwhile, Ash has pleaded not guilty to recording an intimate image of a woman without her consent.

Police allege the images were screenshots taken during a FaceTime phone sex call.

In a statement released in January 2021, he said he'd been "completely blindsided" by the charge.

"I’m distressed about the impact it’s had on members of my family, particularly my mum," Ash told The Sunday Telegraph.

Retired AFL player Barry and former Hi-5 entertainer, Lauren found love together after appearing on I'm A Celeb together in 2015.

However, the pair did not begin a relationship until the show had well and truly wrapped up - as they were both in relationships at the time.

In fact, their relationship began as mere rivals on I'm A Celeb, with Barry famously declaring during a confessional: "she's really starting to annoy me." 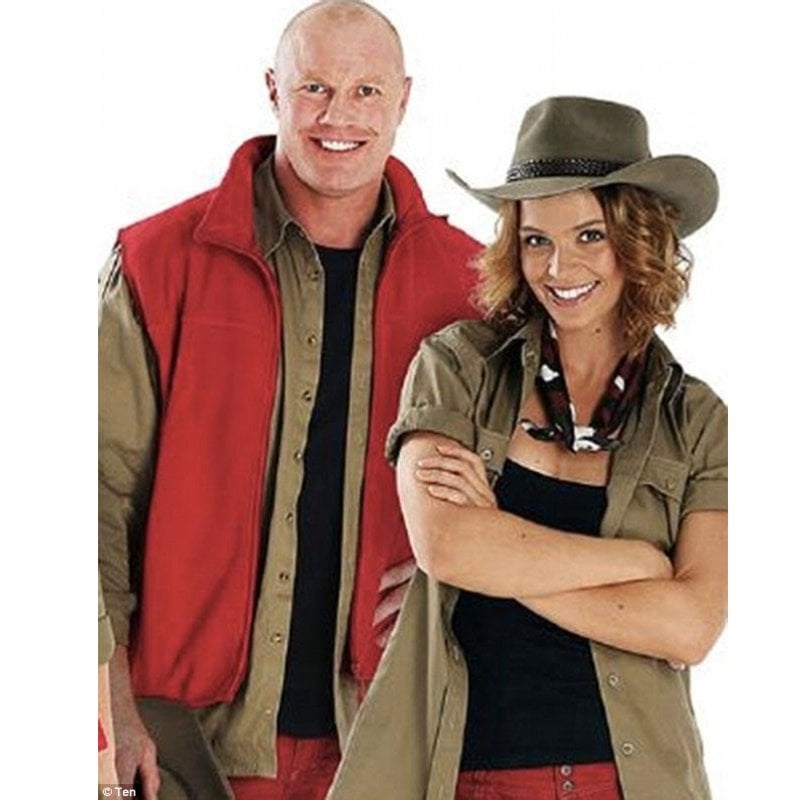 Lauren and Barry on I'm A Celeb. Image: Channel 10.

While the pair eventually became cordial on the show, at the time Barry was married to Sophie Raadschelder, while Lauren was engaged.

After it was revealed she'd had an affair with Beau Ryan though, Lauren and her partner officially called it quits

The singer's ex-fiancé told Woman's Day that Lauren admitted to the affair after he found incriminating texts.

"It's kind of a punch in the stomach. I felt completely sick and didn't know what to do," he explained.

"She owned up to everything. She said she'd slept with him on two occasions in her hotel after rehearsals. I want to apologise to all the people who have been hurt recently. It's been really, really hard for myself and my family and everyone involved." 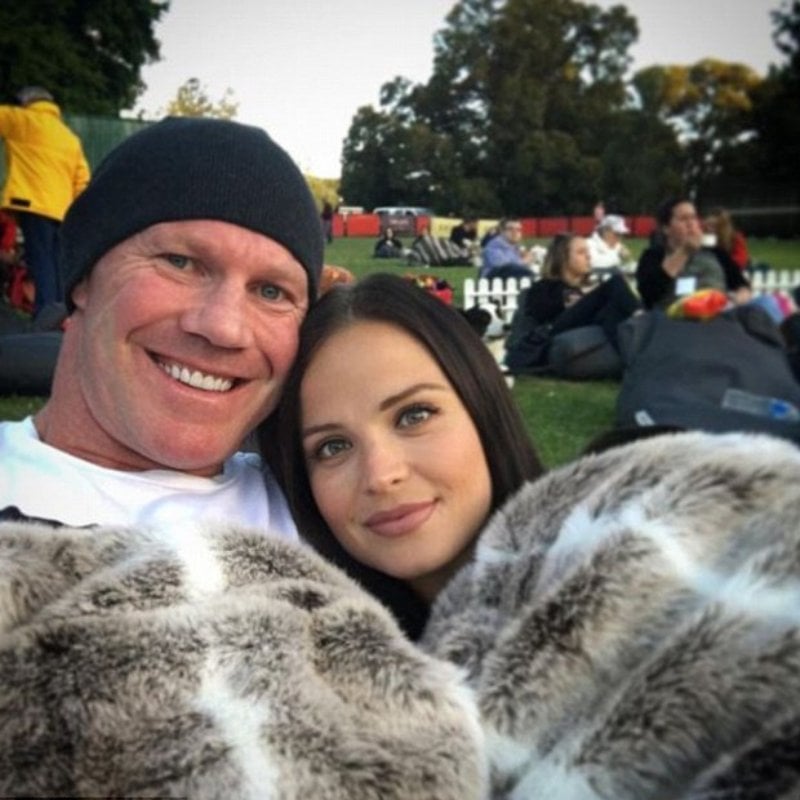 Later that year, after Barry had officially separated from his estranged wife, the pair reconnected.

By November 2016, they made their relationship official.

After only a few months of dating, Lauren and Barry announced they were expecting a child.

"Barry and I are beyond excited to share this news. I just LOVE kids and I have dreamt of the day I will be able to have my own," she announced in Instagram. "Well, I have finally found the perfect partner who will also be the worlds best Dad, and we have been blessed with a little miracle. IM PREGNANT!"

In 2017, they welcomed Miller, who is now four-years-old. They now have three children, after giving birth to Houston, who is now two, and Samson, who was born in November 2021.

While Joey and Maria's season of I'm A Celeb is still currently airing, the sparks have flown for the couple who have made it clear they are interested in each other.

A few episodes deep, Maria told Joey she was looking for someone who is "adventurous, creative and open," to which Joey responded: "I've pretty much got all them things. If there was a piece of paper with a load of boxes, I reckon every one would be ticked." 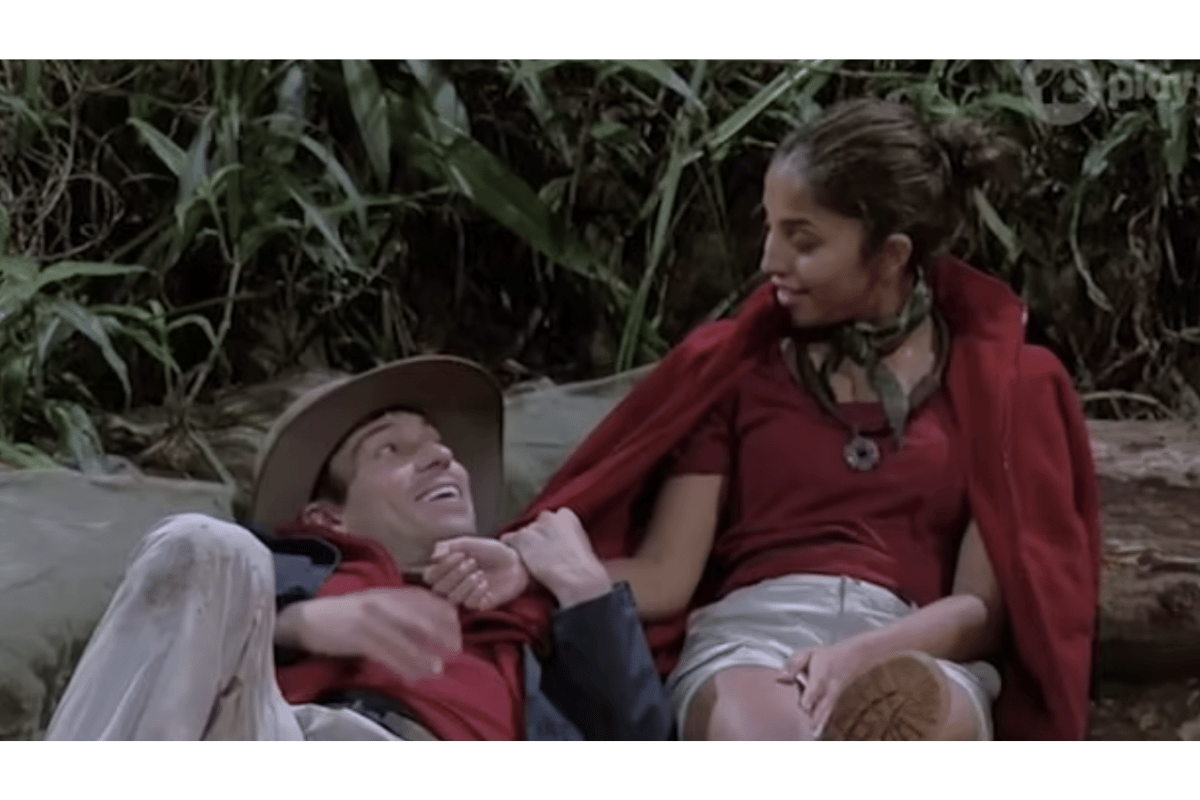 Later on during confessionals, he told the cameras that there was "something" between him and Maria.

"I think we've hit it off really, really well, we're having great conversation. It's really lovely. He is very charming," Maria shared separately.

In an interview with the Daily Telegraph, she revealed that while she and the reality star are "still in contact" after filming, she would not divulge anything further.

While the certain remains unclear for the pair, Maria has made it clear that for the time being - she is single.

"The timeline is arbitrary, and the things we think we 'have to do' are a social construct. Do whatever makes you happy," she wrote in a candid Instagram post.

"I still get pressure from family and strangers, but I believe that if you're ever going to disappoint anyone when it comes to your life - it shouldn't be yourself."

Reply
Upvote
Such a good show . I like Abbey Chattsfield . I listen to her show 94.5 perth radio
S
simple simon 5 months ago

Reply
Upvote
Hey Mamamia, I'm sure you know more about this than me, but do you get the feeling that professional reality show contestants know they need to be part of a 'show romance' to get (more) publicity?
P.S. for some reason the term "eachother" is appearing multiple times as one word.

The article has now been amended.

In regards to your question, it has been passed onto the editorial team.