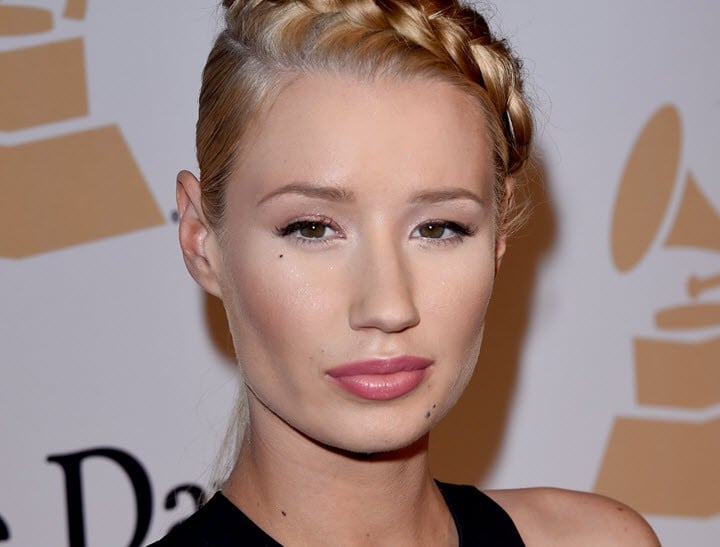 Australian rapper Iggy Azalea was going to keep her breast augmentation secret, but decided she was sick of secrets.

When Australian rapper Iggy Azalea arrived in the United States eight years ago, she says her confidence plummeted. Pre-rapping career, she tried modelling, but was turned away from agencies and told to get plastic surgery if she wanted a modelling career.

“I looked in the mirror a little differently,” the 24-year-old told Vogue in a recent interview.

What’s surprising, however, is that Azalea has spoken honestly and frankly about the surgery she did have – a boob job, four months ago.

She was asked what she would change about her body if she could, something that, Vogue says, is a pretty standard question.

“I did change something,” she said.

“Four months ago, I got bigger boobs! I’d thought about it my entire life.”

According to Vogue, Azalea wasn’t happy with how disproportionate her body was – her top half is two or three sizes smaller than her bottom half, she says – but she hasn’t spoken about it publicly until now because she didn’t want her fans to have their own body insecurities.

So why did she decide to talk about her surgery? “I decided I wasn’t into secret-keeping.”

Related: The biggest name in Aussie music challenged the internet to a duel. Backfires beautifully.

Whatever you think of Iggy’s choice, there’s something refreshing about hearing a celebrity talk openly about her insecurities and plastic surgery.

As part of the feature, Vogue also visited Azalea’s Los Angeles home and asked her 73 questions in seven minutes, about everything from how she writes her songs to what being famous is really like. Watch the video below.