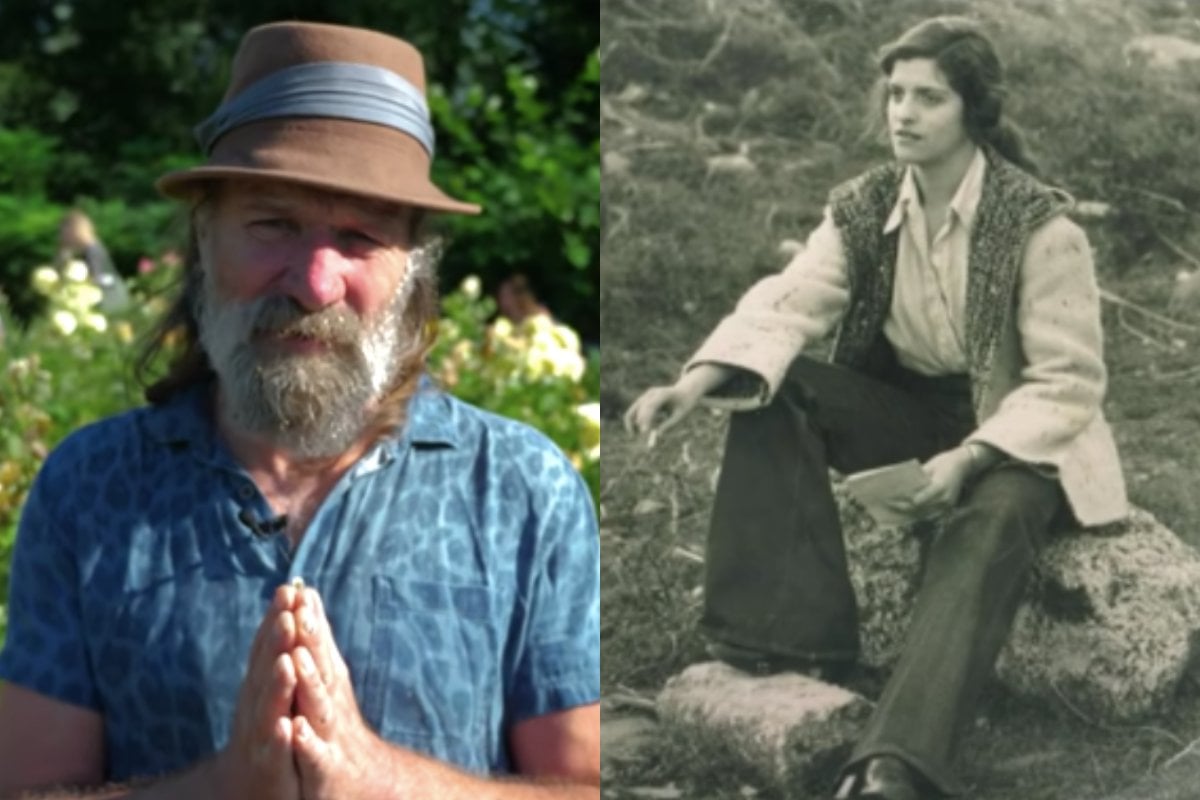 This post deals with mental illness and suicide. It could be triggering for some readers.

"Iceman" Wim Hof has set 26 world records, including the longest swim under ice and the highest ascent of Mount Everest wearing only shorts.

The 63-year-old Dutchman has his own TV show in the UK, Freeze The Fear With Wim Hof, teaching celebrities his endurance techniques. He counts Gwyneth Paltrow and Oprah Winfrey among his followers, and Joseph Fiennes has signed on to play him in a movie about his life.

But before he found fame, a terrible tragedy almost derailed him. His wife, Olaya, the mother of his four children, took her own life. He credits icy swims with helping him deal with the devastating grief.

Hof nearly died at birth. His identical twin Andre was born first, and no one knew there was a second baby inside his mother.

"I almost suffocated," he told The Guardian. "I came out purple."

Growing up in the Netherlands, he says the trauma of his birth impacted him, and he began exploring yoga, Hinduism and Buddhism. At the age of 17, he felt the impulse to dive into a canal with a layer of ice on the top.

"It was such an amazing sensation which afterwards stayed with me all day long and that made me decide to go back the next day and try it again," he remembers.

Since then, Hof says, he’s gone "into the cold" every day.

While following a hippie lifestyle and living in a squat, Hof fell for a beautiful Spanish woman, Olaya.

"We slept together for a year and we did not have sex," he told the Daily Mail. "We did not need it. We had such a strong emotional connection."

Eventually, they had sex. Olaya moved back to Spain, but when Hof found out she was pregnant, he followed her. They had four children together. Olaya, who had previously struggled with depression, was diagnosed with schizophrenia. Hof says she became a danger to their children and to herself.

"Once, she was behind our son, with a knife. My son escaped. He ran away. She was saying he had to die to live."

He says none of the treatments she tried worked.

"Pills and injections, therapy, none of them could stem her descent into darkness," Hof wrote in his book The Wim Hof Method: Activate Your Full Human Potential. "I tried my best to be there for her because she was the mother of my children, the love of my life. I still loved her madly, but there was little I could do."

One day in 1995, while Hof was leading a group on a trip into a canyon, he received a phone call from Olaya’s brother saying that she had kissed the children goodbye and then taken her own life. Hof’s heart was broken. But his habit of icy swimming was his salvation. He says the cold water "healed" him.

"Instead of being guided by my broken emotions toward stress and sorrow, the cold water led me to stillness," he wrote. "Stillness of the mind. That gave my broken heart a chance to rest, restore, rehabilitate."

"It was then that I first understood the true benefits of the cold water, breathing techniques, and positive mindset I was employing."

Hof’s oldest son, Enahm, encouraged him to turn his passion into a business, and he agreed, thinking he might be able to help others. Soon he was making headlines with his extreme feats – and putting his life at risk to do it.

In 2000, he was in Finland, practising to break the world record for swimming under ice, when his corneas froze. He was temporarily blind and lost, unable to find his way out from under the metre-thick ice. But he says he felt "at peace and in control".

"In the end, a safety diver brought me back by pulling me by the ankles to the exit hole which I’d passed long ago," he told The Guardian. "In that moment, I conquered the fear of death."

In 2007, Hof attempted to climb Mount Everest, wearing just shorts and open-toed sandals. He got to 7400m before he felt a twinge in his foot.

"So I had a deep mental conversation with my foot and it reported frostbite," he told The Times. "I appreciated it was the right thing to turn back."

Along with Enahm, Hof came up with a regimen that he calls the Wim Hof Method. It involves cold therapy – which can be cold showers and ice baths – along with breathing exercises and meditation.

He claims all sorts of benefits result from it, including reduced stress levels and a stronger immune system.

A study in 2013 tested whether the method really could boost the immune system. Two groups of volunteers were injected with a dead strain of e. coli. Among the group of volunteers who had been trained in the method, researchers found that "flu-like symptoms were lower".

Hof’s method has attracted plenty of high-profile fans, but it’s also attracted some bad publicity. A number of deaths have been reported among people who were doing his breathing exercises, which involve hyperventilating. Earlier this year, Singapore’s state coroner cautioned against doing the breathing exercises underwater, after a 29-year-old company director who’d been using the Wim Hof app died in a pool.

Hof had a son with another woman after Olaya died, but that relationship ended. He’s now married again, to Erin, a woman 29 years younger than him, who he met when she was doing one of his courses.

"I love her to death," he told The Guardian earlier this year.

They have a four-year-old son, Eden, and Hof, who is already a grandfather, is thinking about another child.

"Not thinking, I’m already working on it," he adds.

But even though it’s been over 25 years since his first wife died, he carries the memory of his "dear, sweet love, Olaya" with him wherever he goes. He says he couldn’t save her, but now works with people who have mental illnesses.

"My wife’s death inspired this, and it is her legacy."