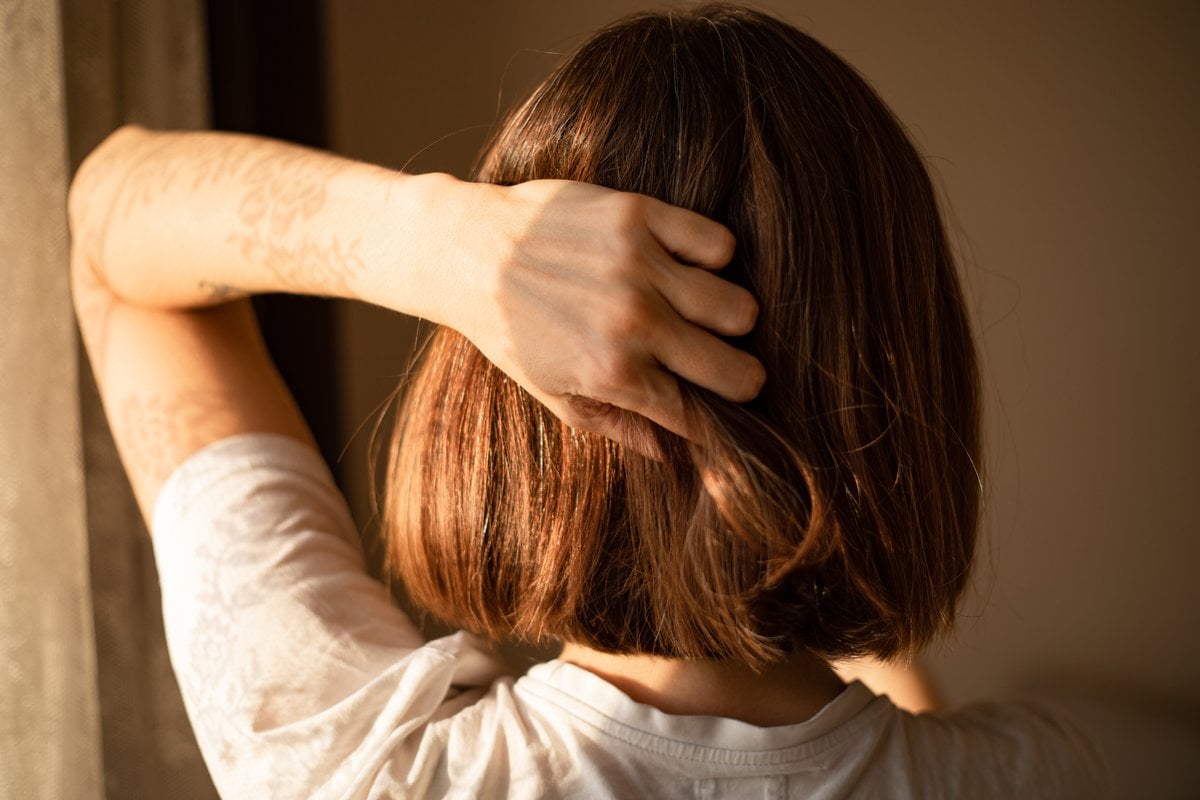 I never wanted to be a mum.

As a teenager, I vowed I’d get my tubes tied at 18. Of course, then I didn’t know it would be impossible to find a board-certified doctor who would actually perform a tubal ligation on a teenage girl. But I was persistent. I wouldn’t budge. I wasn’t going to procreate.

"You’ll change your mind," women would tell me. Which only made me angrier, even defiant to prove them wrong.

I never thought the normal route of marriage and homeownership was on the cards for me.

I’d daydream of bouncing around the world, a vagabond with no real home.

I wasn’t meant to settle down; I was meant to live free and go where the wind goes.

Motherhood and marriage? All of that just seemed way too provincial for me. I wanted to be a writer and an adventurer. Settling to the standards of adulthood gave me literal heart palpitations.

While I’m no Joanna Gaines, I do own a renovated fixer-upper in Texas. In between my freelance gigs, I make weekly meal menus, make my husband lunch, and I take care of our six-month-old daughter. I’ve become a master at juggling our life.

Teenage me would have thought I was the epitome of a life lost.

Finding out I was pregnant with our daughter shocked me. I was frozen in fear when the little stick I peed on said YES+.

I sat on the bed as my husband held me.

I stared at the grooves in our wooden bedroom door. I never noticed so many swirls and knots before. I just stared into them. He was saying something to me along the lines of it being okay, we’ll get through this, etc, etc.

We were both happy, but we didn’t expect it to happen so soon. We had been married only six months.

My husband and our relationship had given me a glimpse of what life as a family could be.

Once vehemently against the decision, I now had softened to the possibility of bearing a child. We weren’t particularly eager to become parents... but we would make peace with whatever happened.

Somewhere, deep down, I hoped for infertility. Which could feel wildly unfair to those struggling with it. But I truly believed that motherhood would erase everything I knew to be true about myself.

Listen to Mamamia's podcast This Glorious Mess, a twice-weekly look at parenting as it truly is: confusing, exhausting, inspiring, funny, and full of surprises. Post continues below.

My first weeks of pregnancy were rough. I had suicidal thoughts. I had extreme fatigue. One day while driving, I had to pull over because I couldn’t keep my eyes open from the fatigue. And then, towards the end of my first trimester, the coronavirus pandemic suddenly shuttered life to a halt.

Slowly, as my belly grew so did my idea of motherhood. With the first flutters of my daughter inside me, I learned a new way of being. I could still be my whole self, but with extra care and attention.

As we grew together, I realised motherhood would be a balancing act of conflicting feelings.

Like the rest of the world, we had nowhere to go. So we stayed home. My village turned virtual, and I took solace in knowing that our daughter was safe in my belly, while fearing what the world would become.

Being pregnant during the pandemic also forced me to reconcile with the idea I wasn’t going to live my life to its fullest before her arrival.

Instead of crossing things off of my 'not-a-mum-yet' bucket list, I found joy in the simple things; in our petunias growing wild, in the shady corner of our yard, in a home-cooked meal. In the midst of a global crisis, there was joy everywhere.

My daughter’s birth was powerful. It was unmedicated and primal.

I delivered her in the early hours of the morning lying on my back in a dimly lit room with only a midwife, my husband, and my mum in attendance.

Our birth experience shattered me and enlightened me. Seven hours of excruciating labour ended in pure euphoria and power.

Motherhood has shown me a confidence I never knew I needed. It’s also highlighted a fear I didn’t know was possible. Motherhood teaches grace. It shows me that holding two conflicting feelings is not only possible but a daily practice.

People often ask me, "How’s new motherhood?" And I don’t know what to say. There are so many thoughts and emotions swirling around in my mind that it’s impossible to articulate them in one simple response.

I thought motherhood would erase everything about me.

But it’s only enhanced all of the best parts of me (and some of the worst).

Being a mum provides nuance to everyday life that I would have otherwise brushed aside. It’s joy in simple laughter. It’s frustration in ongoing cries. It’s terror in swallowing unknown objects. It’s love in a nighttime latch. It’s mundane and adventurous and nothing at all what I’d thought it to be.

Motherhood forces me to hold space for an endless spectrum of emotions, and I never expected it to be so simply complex.

Mindy Morgan Avitia has ﻿﻿﻿﻿﻿﻿﻿been creating content to entertain, inform, and influence since grade school. She's passionate about telling the whole story, listening deeply, and finding the truth. Her writing and design has been featured in Amy Poehler’s Smart Girls, Austin Woman Magazine, Better Marketing, Scary Mommy, Start It Up, An Injustice! Magazine, The Innovation, and more. You can find out more about Mindy on her  website.