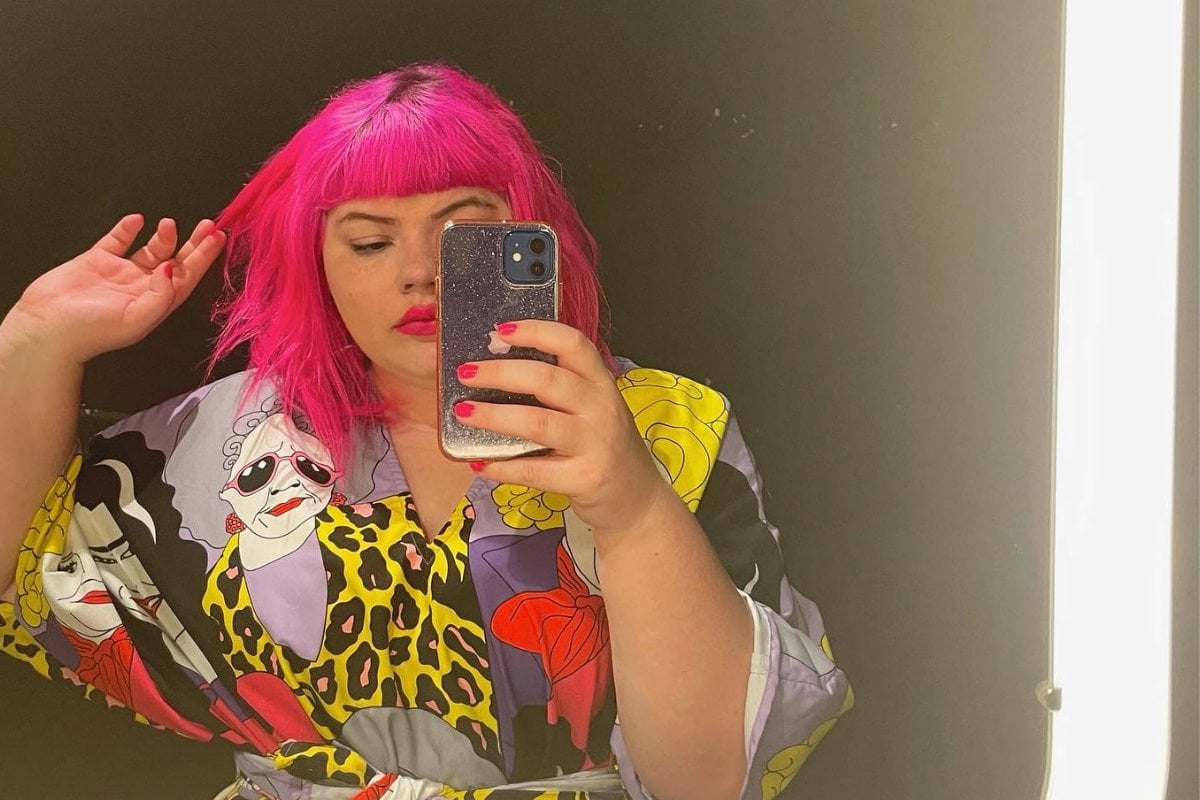 I was fully prepared to not orgasm during this encounter. I’d meet him via a dating app. We’d caught up for a few drinks and while we got along. I was just really looking for something with no strings attached. I was testing the theory of getting under someone to get over someone.

While you're here, watch the 5 unexpected methods of orgasm. Post continues after video.

He seemed nice and there was chemistry, but we’d just met that night and had been drinking tequila. I wasn’t under any illusion that we were in love, and from memory he had some shonky views on cancel culture. But we were having fun, and it felt exciting to even just be attracted to someone new.

Still, I was surprised that this stranger seemed more attune to my body than my ex. He listened, he asked questions, and he was very focused on my pleasure. The result was an orgasm that completely shocked me.

I’d experienced orgasms before, but never through penetration. I always had this anxiety that maybe I was broken or too uptight, so I couldn’t lose myself at the moment. So, I hid it from my ex-boyfriend and pretended I always orgasmed like clockwork. The truth is that it is completely normal not to orgasm from penetration. In fact, a study found that 75 per cent of women don’t reach orgasm through intercourse alone.

I think like most women, I’d always assumed love would be the key ingredient to good sex. I grew up on a diet of fairy tales and romantic comedies, and it tied all my sexual fantasies up into the idea it would be with someone I really loved and who really loved me.

So, when I orgasmed from casual sex, I was shocked, even a bit annoyed and ashamed. This wasn’t how my body was supposed to work. I barely knew the guy’s last name, and we certainly had no romantic plans. But it was also incredibly liberating and satisfying. I mean, it is hard to ignore the joy of an orgasm. I also realised if I was going to orgasm during just vaginal intercourse, it was going to take time. It wasn’t instant and it would require my partner focusing on stimulating me beyond a few thrusts.

Listen to Sealed Section and join Psycho-Sexologist Chantelle Otten, as she answers all your sex & relationship questions... big and small. Post continues after podcast.

It threw me for a few days. I wondered what it all meant. Did it mean I never really connected with my ex? But I quickly realised what it really showed me was that I hadn’t ever been with a guy who really focused on my experience. Partly, that was my fault. I’d been so hung up on making men feel good. I’d never even asked myself. What makes me feel good?

This sexual experience taught me that you need to advocate for your own pleasure. I’d never been with someone before who asked questions or had been really invested in my pleasure. It made me realise that first; I needed to get invested in it.

I never saw that guy again, but I have since orgasmed through penetration again and it’s because I have learnt to prioritise my pleasure. Oh, and not even consider making a guy my boyfriend unless he invested in making me orgasm, ideally repeatedly. In the famous words of Ben Affleck, "It’s hard work, but is the best work!"