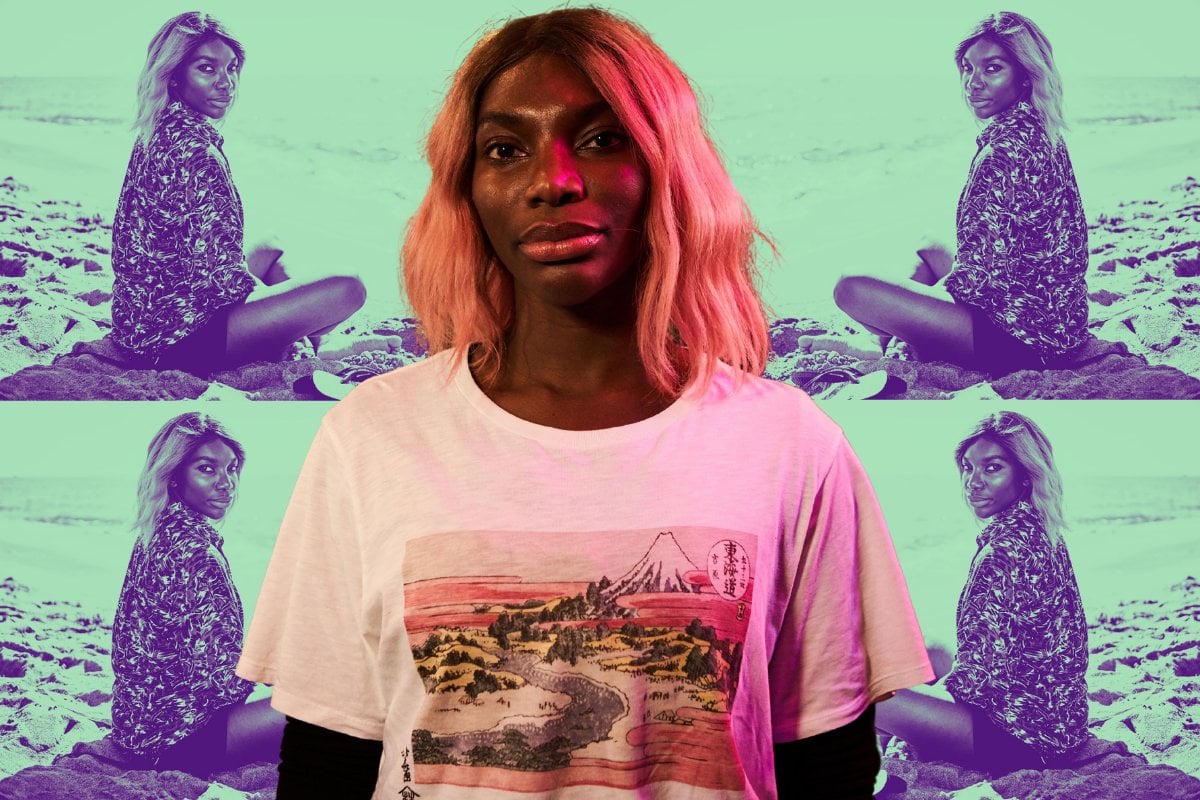 In her Emmys acceptance speech, Michaela Coel shared a message to writers.

"I just wrote a little something for writers,” she began.

“Write the tale that scares you, that makes you feel uncertain, that isn’t comfortable. I dare you — in a world that entices us to browse through the lives of others to help us better determine how we feel about ourselves, and to in turn, feel the need to be constantly visible, for visibility these days seems to somehow equate to success — do not be afraid to disappear from it, from us for a while, and see what comes to you in the silence."

She then dedicated her award for Best Writing for a Limited Series to "every single survivor of sexual assault".

Watch the trailer for I May Destroy You. Post continues below.

Coel is both a writer and a sexual assault survivor. Her Emmy award-winning series is the result of Coel writing the tale that scares her, the one that isn't comfortable. I May Destroy You is the story that came to her in the silence.

In 2016, Coel took a break from a marathon writing session for her hit comedy, Chewing Gum. She met a friend for a drink at a local bar. Some time during that night, she was drugged and sexually assaulted by a stranger.

"I was working overnight in the company's offices," Coel shared during a lecture at the Edinburgh International Television Festival in 2018.

"I had an episode due at 7am. I took a break and had a drink with a good friend who was nearby. I emerged into consciousness typing season two, many hours later. I was lucky - I had a flashback. It turned out I had been sexually assaulted by strangers."

After her assault, Coel found some catharsis in writing about it. And she hoped sharing her experience would help others.

"It's been quite hard, but cathartic because I'm reflecting on a dark time rather than feeling it is happening to me right now," she told Radio 1 Newsbeat at the time.

It took the 33-year-old writer, actor and director, two and a half years and 191 drafts to write I May Destroy You.

The 12-episode series, which you can watch On Demand on Foxtel and on Binge in Australia, is a fictionalised version of Coel's own sexual assault.

It follows the story of Arabella Essiedu (Coel), a 30-something writer who rose to fame on Twitter and then landed a book deal.

With a looming deadline for the first draft of her second book, Arabella locks herself in her publisher's boardroom overnight hoping to get her chapters written.

At some point during the night, she decides to meet her best friend Terry Pratchard (Weruche Opia) for a drink at a bar.

The next morning, when she comes to, she's back in the boardroom working on her book. Then she realises her face is covered in blood and she begins to have flashbacks to the night before.

For the rest of the series, Arabella tries to piece together what happened that night and navigates the fallout from her assault.

The series explores consent, how we treat different types of sexual assault victims differently, what justice really means and how social media can have an impact on how we tell our own story (even to ourselves).

It's also a story about best friends, finding yourself, and reconciling the online version of yourself with the real version.

Although the series deals with some meaty subjects, it's punctuated by scenes of pure humour and life-affirming moments.

If you watch one series from this year's Emmys, make it I May Destroy You.

Trust me. You won't regret it.

You can watch I May Destroy You on Binge and On Demand on Foxtel.