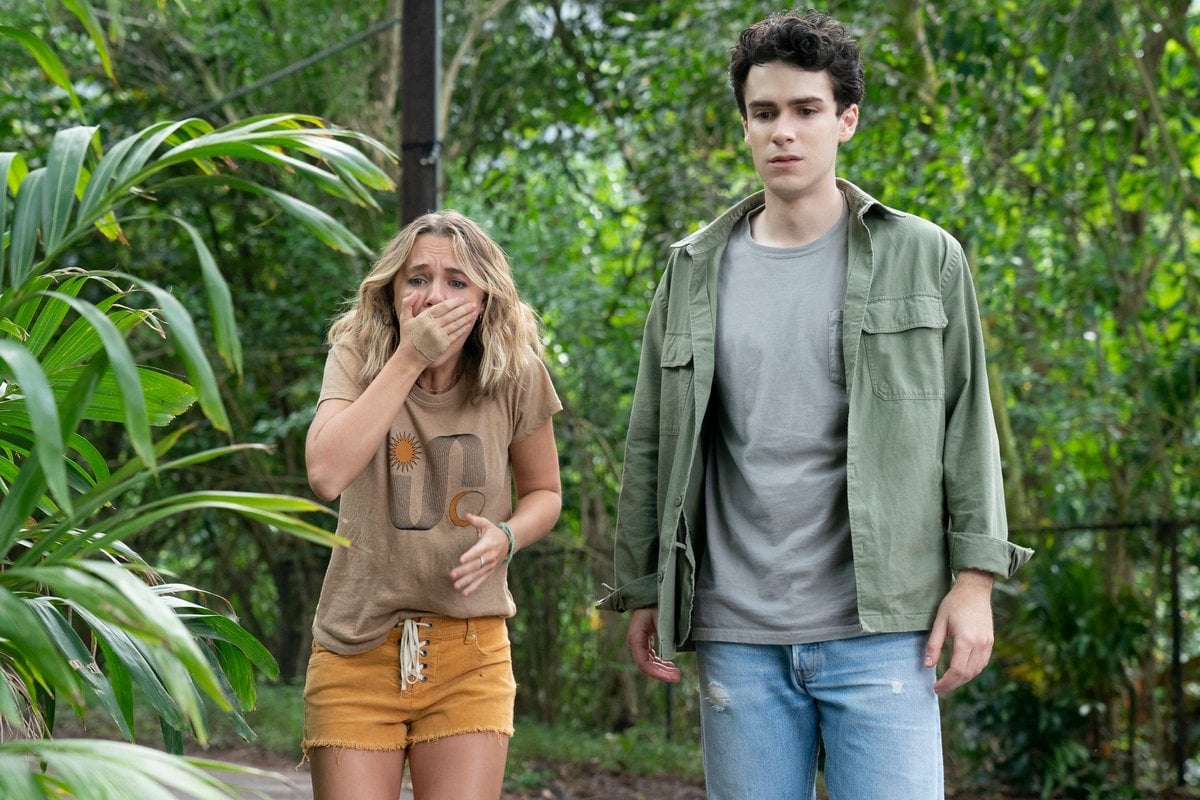 When I Know What You Did Last Summer premiered in 1997, it left a lasting legacy.

Its box office success helped to revitalise the slasher genre in the 1990s and along with being endlessly parodied in pop culture ever since, it also succeeded in terrifying a generation of teenagers who all snuck the grisly VHS tape into sleepovers and then lived to regret their actions.

As one of those teenagers, it's safe to say that I Know What You Did Last Summer is still the reason I check my bedroom closet before going to sleep every night.

(It's also the reason I've stopped hitting murderous strangers with my car and dumping their bodies into the sea without actually checking that they're dead, but that's a story for another day).

Watch the trailer for I Know What You Did Last Summer below. Post continues after video.

Right now, the slasher genre is having quite the resurgence.

The knife-wielding Michael Myers is back to slowly but steadily chase down Laurie Strode with the release of Halloween Kills, and Sidney Prescott is once again being hunted by a ghost-faced killer in the upcoming fifth instalment of Scream.

So it only makes sense that I Know What You Did Last Summer has been released as a TV series on Amazon Prime Video, allowing a whole new group of teens to have their lives ruined by a pesky case of vehicular manslaughter.

The series kicks off with Lennon (Madison Iseman) returning to her father's home in Hawaii after being away for her first year of college.

Unlike most students returning home for the holidays, Lennon appears incredibly stressed to be back in her hometown and things become even more somber as she makes her way to her childhood bedroom.

Well, it turns out the girl was right to be afraid, because the only thing waiting there to welcome her home is the bloody, decapitated head of a goat hanging in her wardrobe and the words "I KNOW WHAT YOU DID LAST SUMMER" scrawled across her mirror in a questionable substance.

This is the moment I would have liked some killing to begin, but instead, the story abruptly flashes back a year as Lennon and her friends are celebrating their high school graduation with a whole lot of alcohol, drugs and throwing up.

Ah, to be young again. 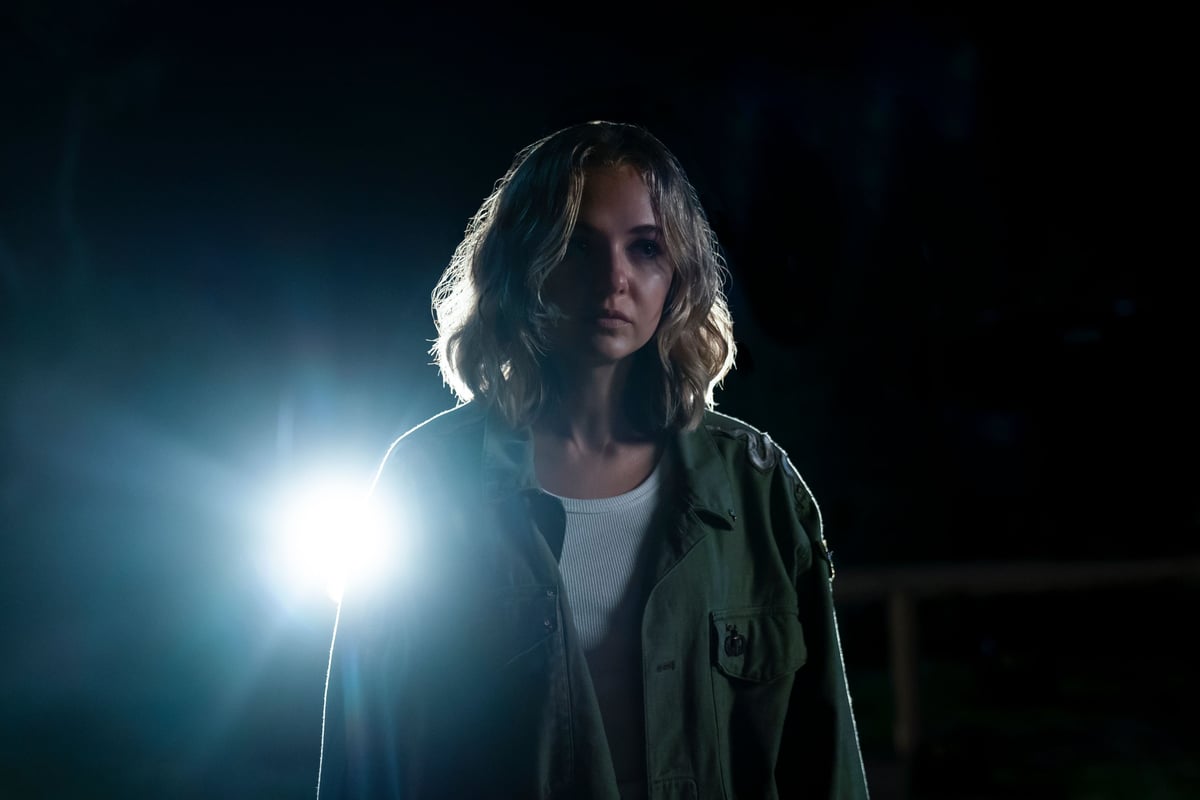 Madison Iseman in I Know What You Did Last Summer. Image: Amazon Prime Video.

After the party escalates to fights and tears, Lennon and her friends Margot (Brianne Tju), Riley (Ashley Moore), Dylan (Ezekiel Goodman), and Johnny (Sebastian Amoruso) pile into a car and speed off down some winding coastal roads.

No one is sober, emotions are high, TikToks and Instagram Stories are being haphazardly filmed, and someone is shouting that they need to get burritos, so it's no surprise that when a figure appears on the road, no one reacts in time and the car plows straight into them.

Here's where things really start to get interesting.

The only way a reboot or a reimagining can really work is to take the original source material and turn some part of it on its head.

The original I Know What You Did Last Summer was a young adult novel published in 1973, about a group of teens who hit a young boy on a bike with their car and then keep their role in his death a secret, until his older brother tracks them down and terrorises them with threatening messages until they go to the police and confess.

The 1997 film kicked things up a notch by having sexy adults Jennifer Love Hewitt, Sarah Michelle Gellar, Ryan Phillippe, and Freddie Prinze Jr play (not entirely convincing) teenagers who hit a man while driving at night and never confess to his death. A year later they're hunted down by the dude himself, still very much alive, who does awful things like stab them to death with a giant hook and cut off their hair while they're sleeping.

In the TV series, the moment where the teen's car crashes into a person on that dark road and their identity is revealed is the moment where the series lets you in on its biggest twist. And it's safe to say they've taken the source material in a very different direction.

The body lying by the side of the road is no stranger and at this point, I looked at the TV and thought, "Wow, they really went there, that's pretty dark."

I won't say any more about the death twist, and the identity that follows it, but of course the teens decide to keep this little murder a secret and resort to dumping the body in a beachside cave that's already seen its fair share of dead bodies in the past.

And one year later, their secret starts to unravel, and the bodies start piling up.

Listen to this episode of The Spill to hear the hosts discuss I Know What You Did Last Summer. Post continues below.

To be honest, I wanted a little more from I Know What You Did Last Summer. I wanted the characters to be more vibrant, the killing to be gorier, and just for the whole thing to have that sense of ludicrous sexy fun that drew audiences to 90s slashers in the first place.

But with that twist reveal, I can at least appreciate that they tried to make the story their own.

If you're looking for a teen drama with a side of death set against the beautiful backdrop of Hawaii, then I Know What You Did Last Summer is for you.

The first four episodes of I Know What You Did Last Summer are now available to watch on Amazon Prime Video, with new episodes dropping weekly.