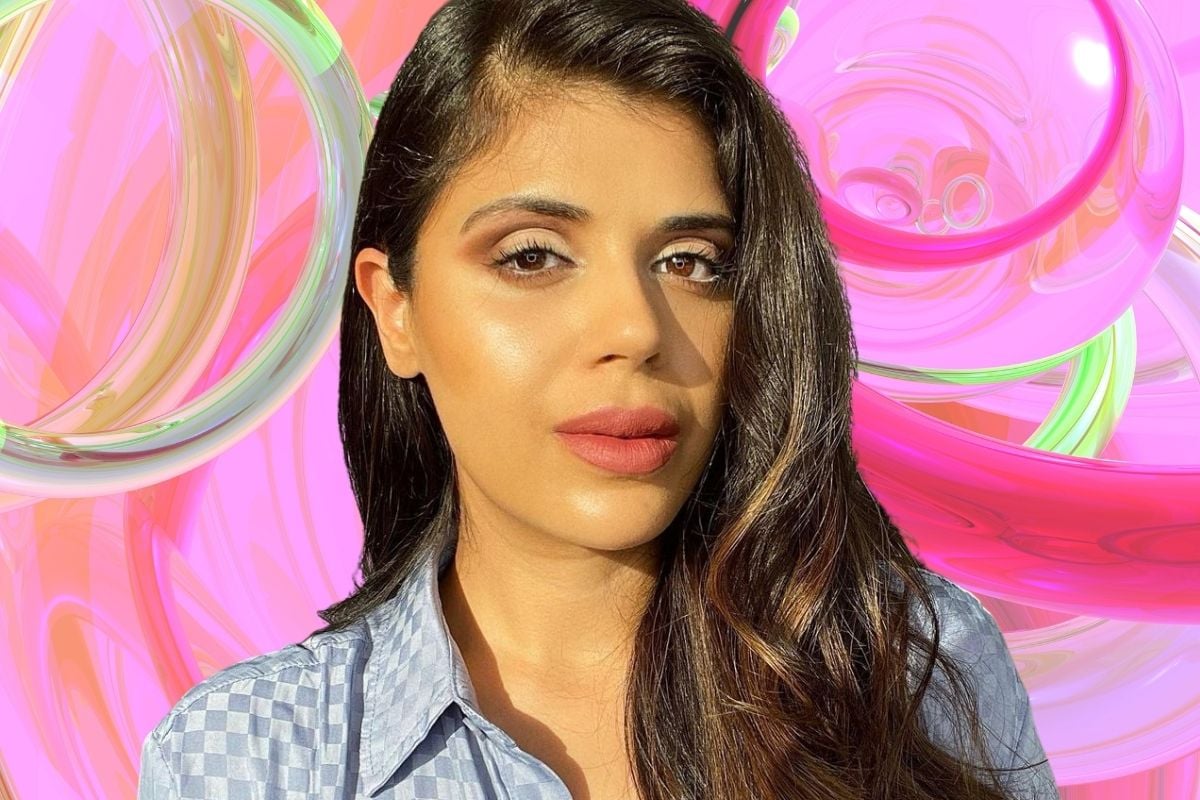 I’m your classic Type A personality: goal-orientated, impatient, and highly organised. And whilst none of these traits are bad individually, pair that with my need to always be in control, and you’ve got a recipe for disaster when things don’t go to plan.

It’s hard to explain what anxiety feels like. It’s different for everyone — it can present in so many ways, all taking an impact on your mental and physical health.

Watch: Here's what would happen if my brain could text me... Post continues below.

For me, it’s constant worrying with a side serving of never switching off. The best way I can describe how my brain functions is like being a hamster on a wheel — it keeps churning and churning with no off switch.

As I run at full speed, a sea of constant 'what if's' cloud my brain...

'What if I hadn’t made that joke? Would her reaction have been the same?'

'What if I’d done this differently?'

And whilst these moments are normal and necessary (especially when we are faced with difficult decisions), it can become problematic when you start to question every event, outcome, or result.

Without exercising control of your mind, the 'what if' cycle leads to you doubting your own abilities — which manifests in predicting how different scenarios will play out. And because we’re human and don’t have all the answers, it feeds into our anxiety, starting the 'what if' cycle all over again.

Sounds exhausting right? It is.

And that’s just a snippet of how my brain works — because even as I write these words, there’s another part of my subconscious working through my to-do list, making mental notes where I could’ve been more productive. Even though it’s 1am and I have PT in five hours, I can’t seem to rationalise going to bed because just like the hamster on the wheel, my brain isn’t ready to turn off.

According to WebMD, hypnotherapy is an "alternative medical treatment that uses guided relaxation, intense concentration, and focused attention to achieve a heightened state of awareness that is sometimes called a trance." 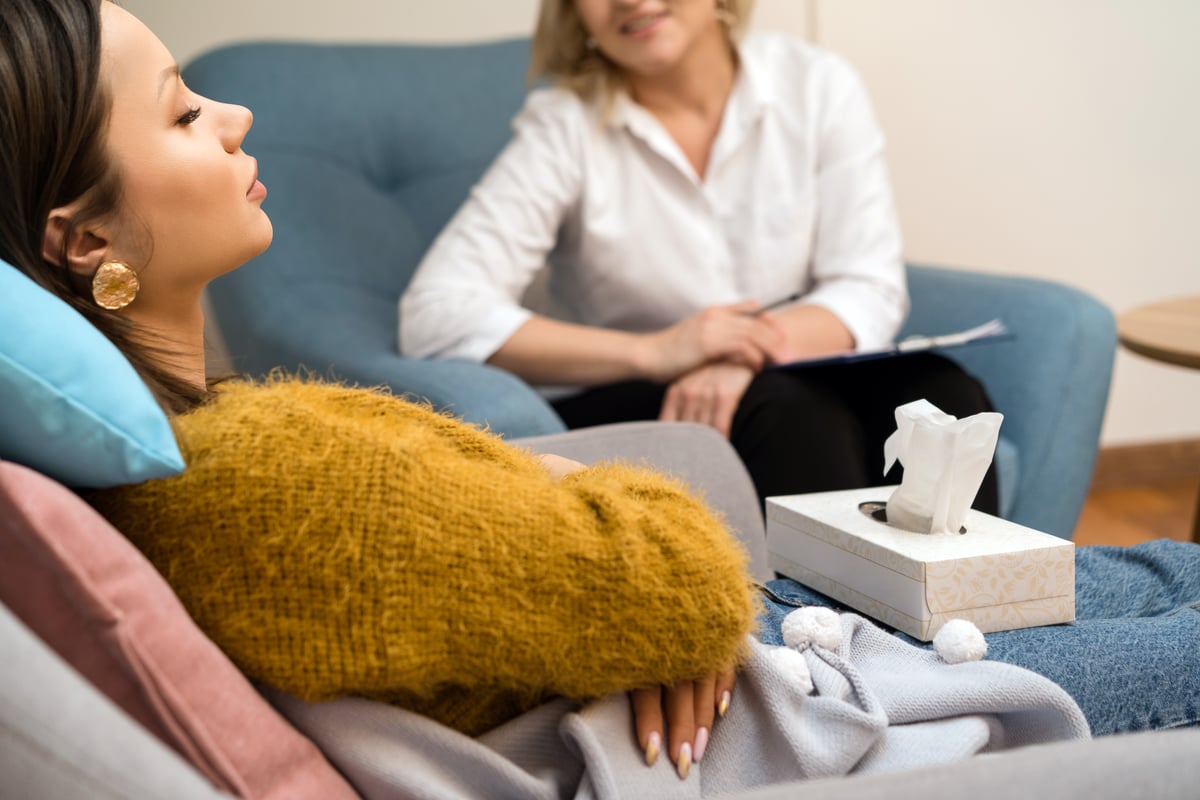 The trance-like state puts our mind into deep relaxation, allowing the trained specialist to focus on the concerns you might have.

There are different types of techniques, including:

What's involved in a hypnotherapy session?

I walked into my appointment with Mandy from Simply Well Hypnotherapy with an open mind. Her big smile instantly put me at ease. We sat down and began to talk about what had brought me here.

I spoke about my need to be highly productive every day and how my inability to stop working had led to anxiety. She used a term that I’d never heard before: 'Rushing Woman Syndrome'.

'Rushing Woman Syndrome' is basically a heightened state of mind where your brain is running at 95 per cent capacity. It’s highly unsustainable and can lead to finding comfort in coping mechanisms such as alcohol or food.

The more she spoke about it, the more I realised she was describing my last year. It was common for me to have short bursts of intense productivity followed by sudden bouts of no energy, extreme tiredness, and guilt.

Kind-of like a sugar high... followed by a crash. Except my highs lasted weeks — months, even. And my crash lasted a few hours.

She explained the hypnotherapy process to me, letting me know that whilst she would be able to hypnotise me, I had complete control of whether I wanted to allow myself to be taken into a trance. My subconscious would also be completely active and aware of what was happening around me.

"Every time we walk into a room, our brain is presented with an overload of information that it can’t process. From the blue specks on the carpet to the brass stool covers. When our mind is in a state of relaxation, it can pick up on the things we weren’t able too before. Sounds may become sharper and scents more pungent," she said.

"You can also come out of the trance at any time you’d like, you have complete control, I’m just here to help guide you to relaxation."

I nodded again, got comfortable on the couch, and chose a spot to focus on as Mandy began talking.

Her voice was soothing, and she spoke in a certain pentameter that instantly washed a sense of calm over me. Within minutes, my eyes felt heavy and the spot I had been focusing on began to blur. My eyelids began to flutter, slowly at first, then faster and faster as I felt the overwhelming desire to close my eyes.

The trance had begun.

Mandy encouraged me to become aware of what was happening in my body. The session followed a similar pattern to meditation, focusing on deep breathing, feeling the energy flow through the body.

As the session continued, Mandy kept talking about moving into a deeper level of trance. From level one to two to three, she guided me to unlock a deep sense of relaxation.

And with each state, I saw and felt different things.

From water running down my back, to sand in between my toes and finally taken back to my childhood bedroom, listening to an audiobook in pitch black darkness. Whilst Mandy didn’t conjure any of these images up, they all had the same linking factor: these were memories I had when I felt at peace.

And even though every image was vivid, bright and realistic — I was conscious that I was awake in the room the entire time.

It was unlike anything I’d ever experienced before. Outside the ringing, pinging, and buzzing of the busy life I had created — I found a sense of tranquility. I was able to let my mind go blank and just sit still. And enjoy it.

My session lasted just over an hour. As I opened my eyes, I felt energised and at peace. As though all my building negative self-talk had been expelled out of body.

I was in a state of serenity.

Before leaving, Mandy encouraged me to listen to my body, telling me: "You might find yourself highly productive, deeply relaxed, or filled with memories. Honour what it wants you to do."

She sent me a recording of our session and gave me tools to create simple habits to assist my mind in slowing down.

What were the results?

It's obviously important to keep in mind that my response to hypnotherapy might be different to yours — but even though I’ve only had one session, I've seen immediate benefits.

As I sit here writing this article, I’ve noticed a few things: My mind hasn’t wandered once. I don’t feel compelled to check my email every few minutes, nor do I feel the urge to reply to my messages.

To me, this is invaluable. For someone who can’t stop thinking and hates to let anyone down — unlocking that deep sense of peace has given me awareness of where my energy is going. More importantly, how it can be better utilised into creating a happier life.

Have you tried hypnotherapy before? What was your experience? Share with us in the comment section below.

C
chrissyinthemiddle a month ago

“As I opened my eyes, I felt energised and at peace. As though all my building negative self-talk had been expelled out of body. I was in a state of serenity. “