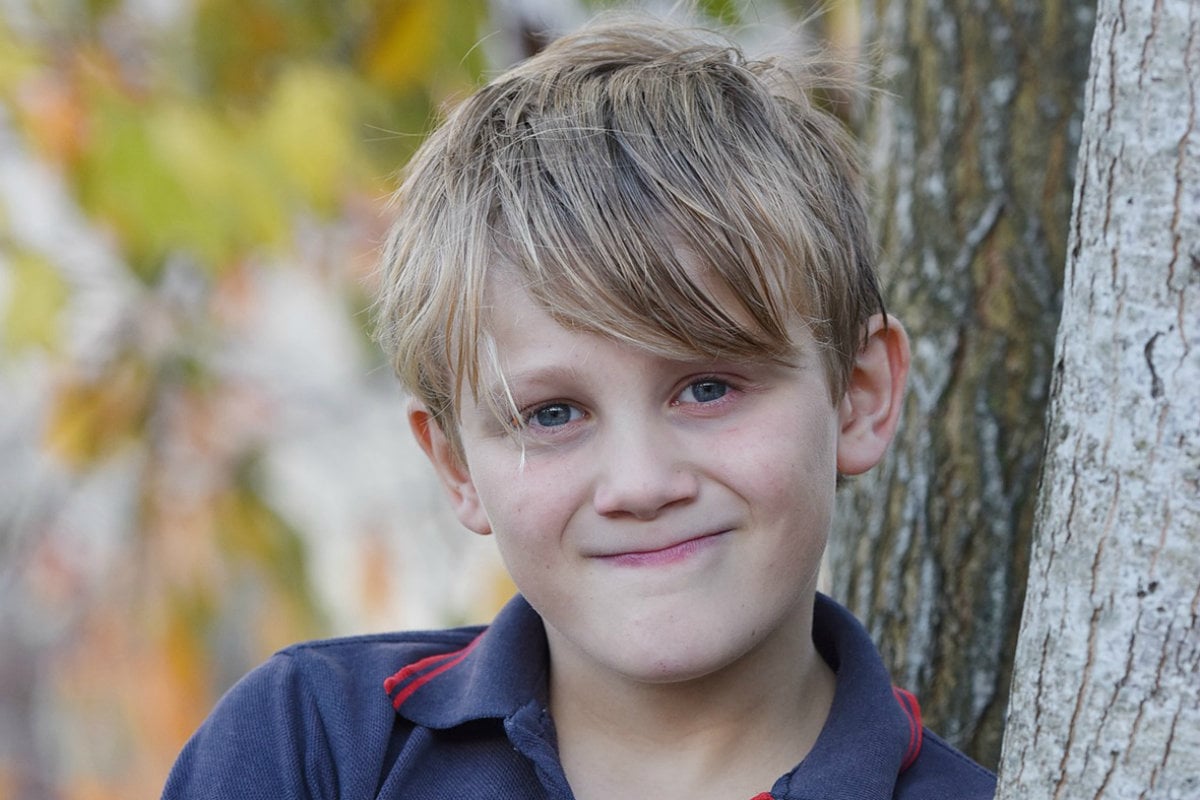 As New Zealand teenager Daniel Cameron walked away from his babysitting job on the evening of October 30, 2019, he sent a message to a friend. It was just one word: "Help."

A short time later, the 15-year-old sent another via Snapchat to three friends.

"What would you do if I killed someone[?]"

The murder of Hunter MacIntosh.﻿

Cameron was this week sentenced to life in prison with a minimum term of 11 years for murdering nine-year-old Hunter MacIntosh, who died after suffering stab wounds and strangulation.

According to details provided in New Zealand's High Court, the high schooler, from the small town of Otautau on the South Island, had babysat the little boy on at least 10 occasions prior. Their mothers were friends, and each week would meet up at a local pub to play pool.

At around 10:10 pm on the night of the murder, Hunter's mother, Amy King, texted Daniel to check if her son was asleep. He didn't respond.

Roughly 20 minutes later, Daniel sent a message to his mother: "I'm sorry come get me" [sic].

When the women arrived at Amy's address, Daniel's mother waited in her car for her son to emerge. By then, he'd already fled.

Amy went inside, and pushed open the door to her son's bedroom to find a scene that will forever be seared into her memory.

Her little boy laying on the floor at the foot of his bed, pale, motionless, with a 25cm kitchen knife embedded in his stomach.

It's believed he was killed within 90 minutes of being left in Daniel Cameron's care.

"Every minute I try to put one foot in front of the other and that hasn't changed since the moment I laid eyes on my poor dead boy," she told the High Court while clutching a yellow-framed picture of her boy, according to The New Zealand Herald.

"My reality is that I was 28 weeks' pregnant at the time and the only thing that kept me breathing and eating was our baby."

The big question that remains.

It's unclear what contributed to Daniel's actions that evening.

He had no history of violence or lawbreaking. Psychiatric and psychological assessments concluded that he had no recognised mental health issues, and the court heard that a previous tendency to "lash out verbally" due to primary school bullying was resolved when he changed schools.

"You have never been involved with the criminal justice system before. As your mother has said, you were raised to be respectful and well mannered and she never saw this coming," Justice Dunningham said.

She concluded that Daniel's crime wasn't premeditated, and said the "nearest explanation" was contained in the psychiatric report.

"You say that Hunter was being really annoying that evening and had a device like an airhorn which made a very loud sound. He kept making loud sounds with this device and would not stop when you asked him to," Justice Dunningham said.

"If this is indeed, the motive for murder, it suggests you have [a] very significant issue with anger management, which must be addressed before you could ever be considered for release."

For Hunter MacIntosh's family, no answer would ever be enough, but they can't help but ask the question: why?

"No punishment administered by the Justice system will ever allow us to see Hunter’s beautiful smile again, nor does it dull the extreme pain we all feel everyday he is not here. We all miss him so very much," the family said in a statement.

"Hunter now has a wee brother who will never know him, and his cousins still cry when he is not there. Time has not yet eased any of the pain caused by this senseless act and we still wait for an explanation as to what happened and why."