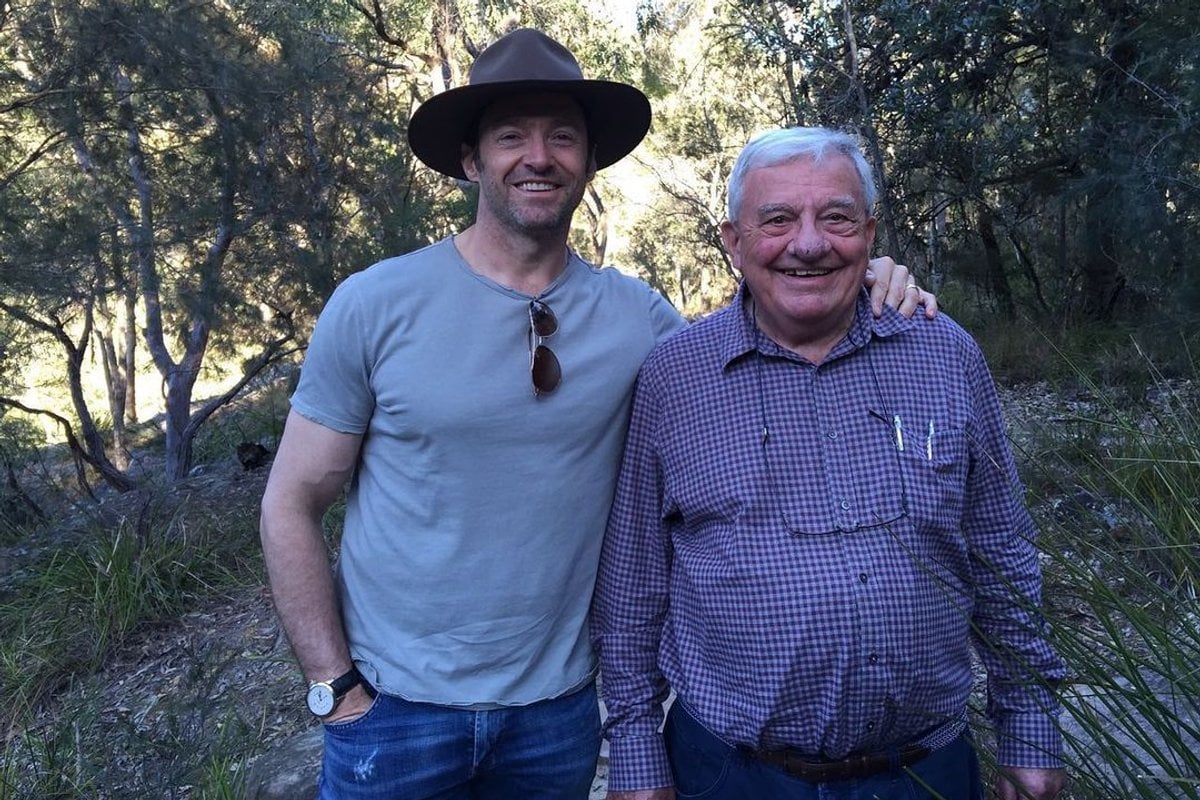 Hugh Jackman is mourning the death of his father, Christopher John Jackman.

Jackman shared on social media that Christopher died on September 5, which this year marked Father's Day in Australia. He was 84.

"In the early hours of Father's Day (AU), my Dad peacefully passed away," Jackman wrote on Instagram alongside a photo his dad.

"And whilst there is deep sadness, I am filled with such gratitude and love. My Dad was, in a word, extraordinary.

"He devoted his life to his family, his work and his faith. I pray he is now at peace with God."

Jackman has regularly spoken about how important his father was to him and praised him as a formative presence in his life.

On Father's Day 2018, Jackman wrote on Instagram: "Happy Father's Day to the man who taught me to show respect for others, for education, for being led by your passions.

"Who taught me to never stop growing and learning. To work hard and realise that preparation is the bedrock for success. And above all, to find purpose beyond oneself. I love you dad!"

The actor, 52, spent most of his childhood with his father as his solo parent after his mother moved to England.

Jackman's parents Grace and Christopher migrated to Australia from England in 1967 as part of the Ten Pound Poms migration scheme. He was born a year later in 1968, the youngest of five siblings.

When Jackman was eight, he remembers saying goodbye to his mother as normal before heading off to school. When he returned later that day, it was to an empty house.

"The next day there was a telegram from England, Mum was there. And then that was it. Dad used to pray every night that Mum would come back," Jackman recalled in a December 2012 interview with 60 Minutes.

Grace didn't come back, and when his parents divorced the family was split up further. Jackman and his two brothers remained in Australia with their dad, while his two sisters moved back to England with their mum.

"A lot of children grow up under difficult family circumstances and I don't feel sorry for myself for the fact that mine was exactly that," Jackman told Great British Life in 2014.

"I stayed in Australia with my father and two brothers, and had a tough time for a while. But, you know, I had a very good father who was always there for us and I could never even imagine what it must have been like to raise kids on his own the way he did for many years. I don't think I could have done that. You need an iron will and I never heard him complain about himself or his lot in life."

In 2018, Jackman further spoke about the "trauma" of this time in an interview with Who magazine.

"It was traumatic. I thought she was probably going to come back. And then it sort of dragged on and on," he said.

After his mum left, she would visit the family once a year.

"It would be like a family holiday. I remember going to the beach. There was a chance of a reconciliation at that point but she never came back for good," he said, adding that it only dawned on him when he was 12 or 13 that she was not going to return.

Jackman and his mother have more than patched up their relationship since his childhood, with the pair regularly spotted together in Jackman's adopted home of New York City and Jackman sharing photos of them on social media.

In August 2021, Jackman shared a photo of himself reunited with her mother, who still lives in Norwich, England.

He simply captioned the sweet photo of them hugging: "Mum."

Jackman now shares two adopted children with his wife Deborra-lee Furness, telling 60 Minutes that he learned so much of his parenting skills from his own father Christopher.

"My father is a rock. My father is my rock. It's where I learned everything about loyalty, dependability, being there day in, day out, no matter what," he said.

He recalled how Chris always asked about Jackman's family over work, and shared advice about family being the most important thing.

"It's always about the family. It's not about work.

"And I think that's him living with probably some of his regrets. And feelings [that] maybe he, at the wrong time, put too much in his career. And he doesn't want me to make me that mistake. In his gentle way, he always reminds me this is the most important thing."

After Jackman announced his father's death, many of his friends and colleagues shared their condolences.

"So truly sorry for your loss," Josh Gad wrote.

Ryan Reynolds, a close friend of Jackman, said: "I was lucky to have met him. ❤️"

Read more: This week, Hugh Jackman shared a photo with his mum. When he was 8, she left.