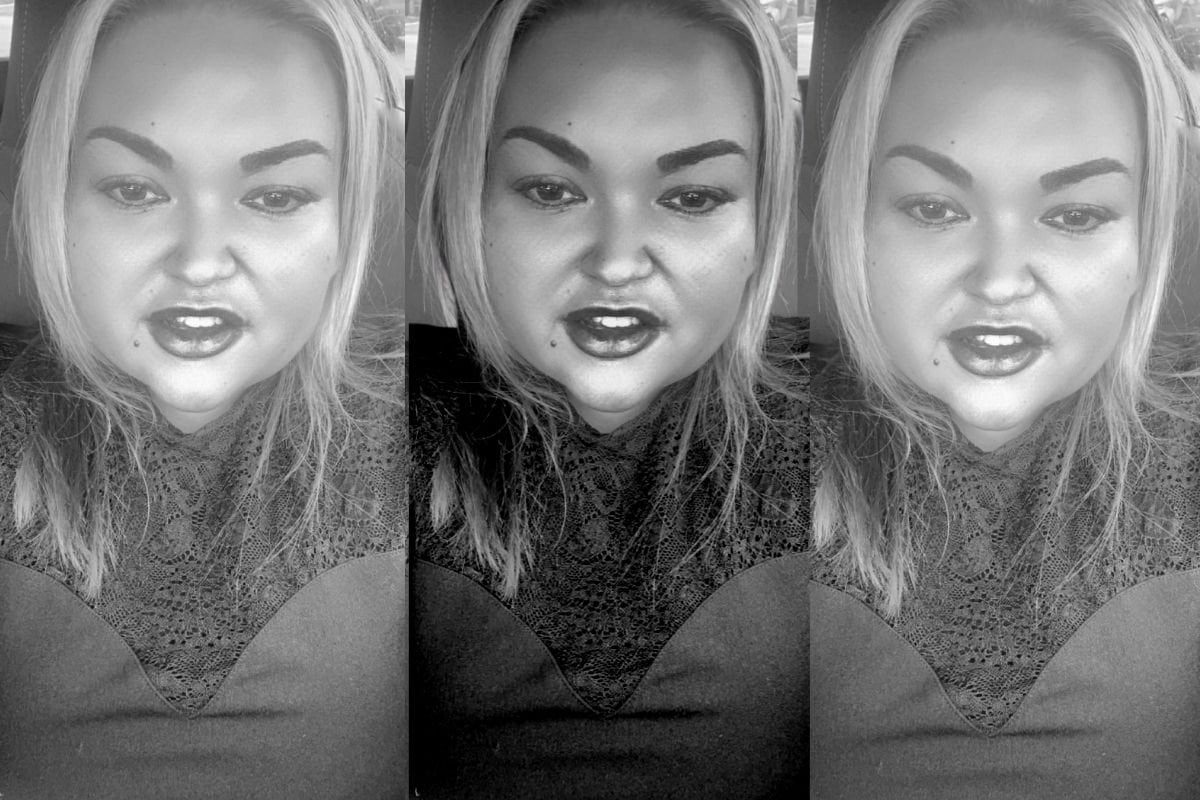 Sitting in a gynecologist's office with her mum by her side, a 16-year-old Peta Powell was told she had the human papillomavirus (HPV).

"I don't understand, what is that?" she asked.

The gynecologist looked at her awkwardly. "It's a sexually transmitted disease," was the reply.

Peta was stunned. "But I haven't had sex?" she said.

"Well you must have, because that's the only way it can be passed," she was told.

It was in that instant, sitting in an uncomfortable doctor's chair, that a flood of memories that Peta had kept suppressed for years in a little box in the back of her brain came rushing back.

He must have given it to her.

"That was the first time I sat there and thought about the nightmares I had been having for two-three years and I realised they weren't just nightmares," Peta, now 40, told Mamamia.

From the age of five, Peta was allegedly sexually abused by a male relative. Her brain had suppressed the memories so much that when her brother and two cousins took the same man to court, she was unable to testify beside them.

"I got interviewed by the police, but I couldn't remember my childhood. Like I had just locked it," she explained. "It was after that consult that it all started coming out. The brain is such a powerful thing. My brain had literally blocked it all out."

By the time Peta was ready to put her alleged abuser on the stand in 2010, he'd already been sentenced to six years for crimes against her family members. He was released after three.

She was told by her lawyer, "You need to understand we need to go through all of it [during a trial]. It's going to be traumatic. He's already done time for a crime that's been committed in that era. So he won't go back to jail."

By this time, she'd seen the effect the process could have on a person. One of her cousins had died from a heroin overdose. The other died from alcoholism. Her brother was addicted to ice and lived with bipolar disorder.

So Peta didn't go to court. And while he remains free, she's been living trapped with the ramifications of a virus she says he gave her.

Peta was diagnosed with high grade HPV. And at the age of 16 underwent a LLETZ procedure to remove abnormal cells from her cervix.

Peta has also since been diagnosed with endometriosis and PCOS. She's had a total of eleven laparoscopies to examine the area, as well as multiple operations. She's about to go in for her biggest operation yet - a full hysterectomy - in an attempt to get on top of her pain.

When she thinks about the man who she says started her journey with health complications, she feels angry.

"He caused so much pain for so many years and it changed my life. It made me have to have procedure after procedure," she told Mamamia.

"But it made me a better person because I understood how my story wasn't going to dictate who I could become. It made me not want to be a victim but a survivor."

Peta wants to raise awareness about HPV. Not because of how she got it, but because of how it's perceived. Over the years, she's tested positive to multiple strains, all of which have thrown up new curveballs for her, including a recent painful case of genital warts.

"People don't talk about what the human papillomavirus does. There is not a lot of funding for it, there is no treatment or a cure, and yet it's so common. I feel like it's been ignored a little bit... like people are embarrassed to talk about it," she said.

Peta is proud that the HPV vaccine is offered in Australia to young girls and boys, but insists there needs to more than prevention - there needs to be intervention.

"I just want to say if you have HPV, don't ever be ashamed. We need to be talking about it more, we need more awareness. So don't be afraid to put your hand up and say, 'I've got it'," Peta told Mamamia.

You can find out more about HPV here.

You can also donate to Peta's GoFundMe, raising money for her costly upcoming medical procedures here.