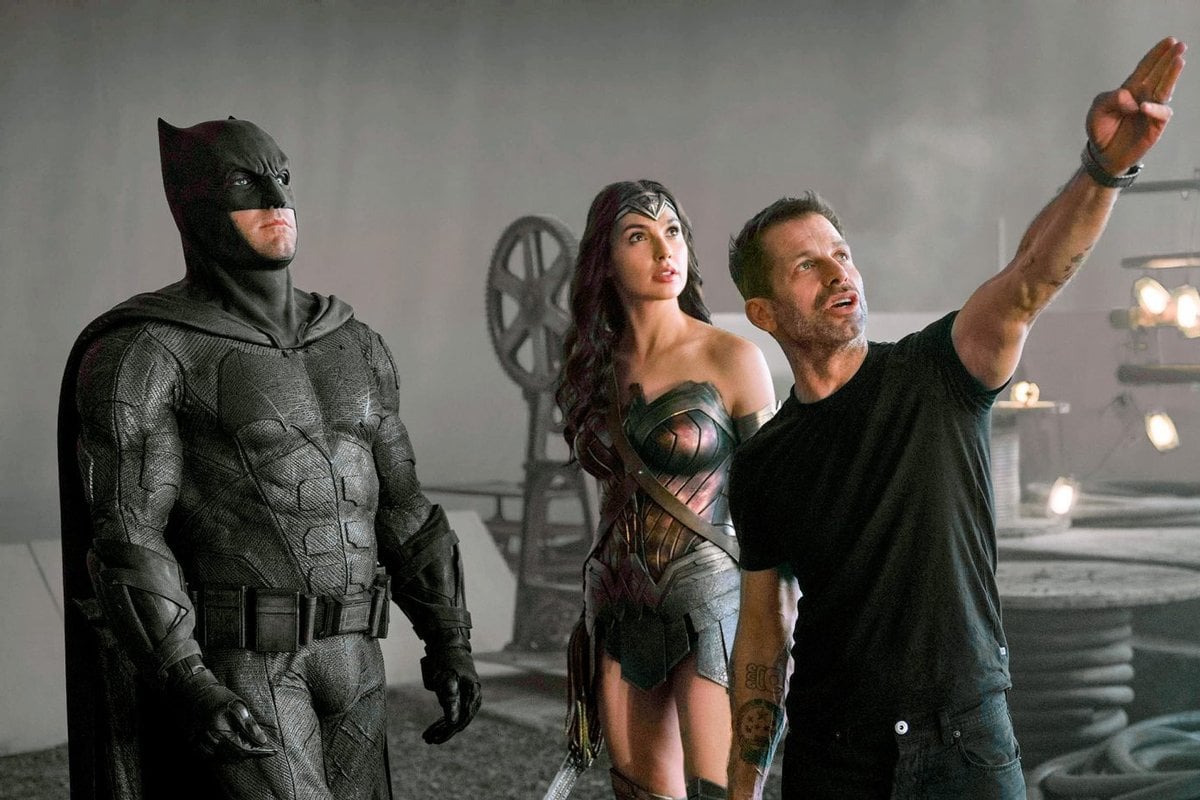 After years of rumours and constant speculation, Zack Snyder's Justice League will finally be released this week.

Following a relentless online movement, fans will finally get to see the version of the film that director Zack Snyder intended to release before he was forced to step back from the production due to the death of his 20-year-old daughter.

Fans have been calling for Snyder's cut of the film to be released since Justice League premiered in November 2017.

Watch the trailer for Zack Snyder's Justice League below. Post continues after video.

The original cut of the film, which was finished by Buffy the Vampire Slayer creator Joss Whedon, received mixed reviews from critics and fans alike.

Below, we explain the story behind Zack Snyder's Justice League, and answer all your questions about the #SnyderCut.

The story behind Justice League.

After making a name for himself with films including 300, Watchmen, and Sucker Punch, Zack Snyder tackled the DC Extended Universe with the 2013 film Man of Steel.

While working on Justice League, Snyder produced a four-hour cut of the film. However, Warner Bros wanted the director to release a two-hour version instead.

"There was a mandate from [CEO of Warner Bros Entertainment, Kevin Tsujihara] that the movie be two hours long," Snyder told Vanity Fair.

"How am I supposed to introduce six characters and an alien with potential for world domination in two hours? I mean, I can do it, it can be done. But I didn’t see it."

In the end, Snyder never finished the film. 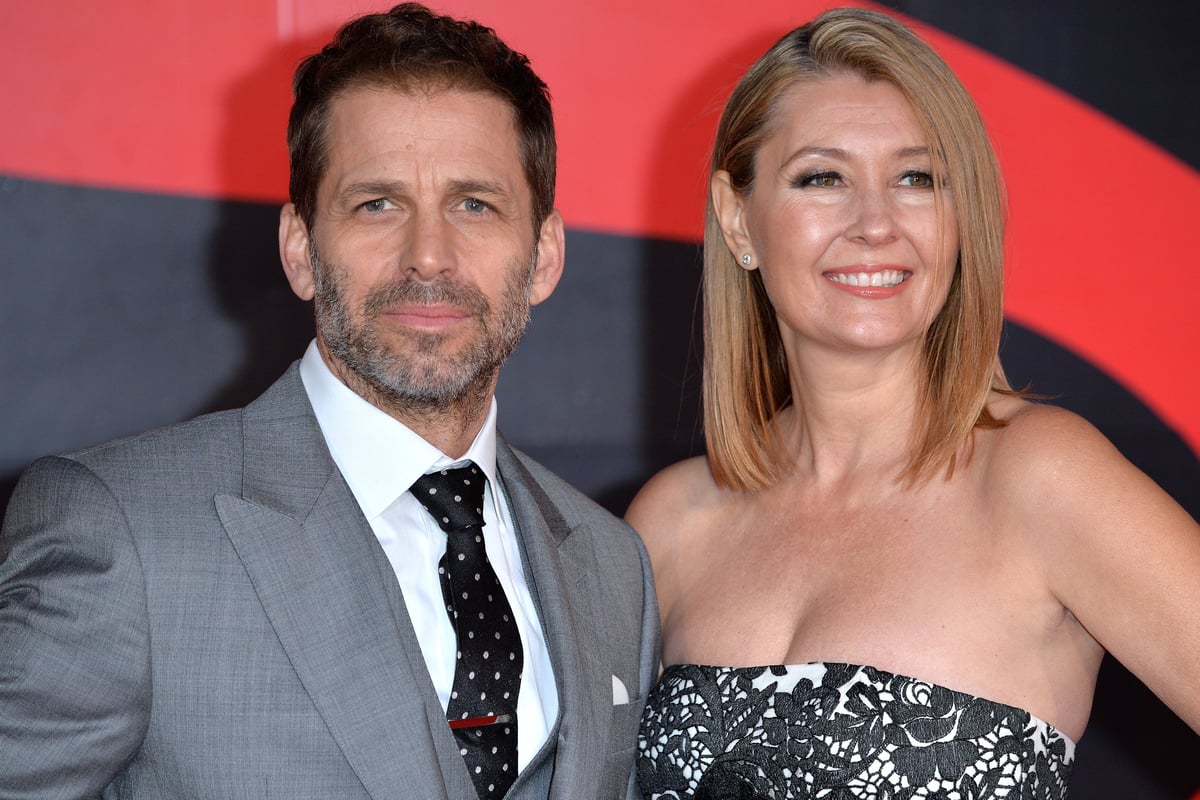 Amid post-production, Snyder's daughter, Autumn, died by suicide on March 12, 2017. Both Snyder and his wife, Deborah Snyder, who was a producer on the film, withdrew from post-production work.

"In my mind, I thought it was a cathartic thing to go back to work, to just bury myself and see if that was the way through it," Snyder told The Hollywood Reporter.

"The demands of this job are pretty intense. It is all-consuming. And in the last two months, I’ve come to the realisation... I’ve decided to take a step back from the movie to be with my family, be with my kids, who really need me. They are all having a hard time. I’m having a hard time."

It was later announced that The Avengers director Joss Whedon would take over post-production duties on the film.

After undergoing two months' worth of reshoots, the film was eventually released in November 2017.

When Deborah Snyder later watched Whedon's final cut of the film, she advised her husband not to watch it.

"They came and they just said, 'You can never see that movie,'" Zack Snyder told Vanity Fair.

"Because I knew it would break his heart," Deborah Snyder added.

To this day, Snyder hasn't seen Whedon's cut of the film.

As Vanity Fair reported: "When fans ask him about details of the movie that bears his name, he usually has no idea what they are talking about."

The movie was criticised for its convoluted plot, the underdeveloped characters, and the terrible CGI. (For instance, millions were spent digitally removing Henry Cavill's moustache, which he had grown for Mission: Impossible – Fallout. And it looked... terrible.)

A few years after the film's release, Ray Fisher, who played Cyborg in Justice League, claimed that Joss Whedon's "on-set treatment of the cast and crew was gross, abusive, unprofessional, and completely unacceptable".

Joss Wheadon’s on-set treatment of the cast and crew of Justice League was gross, abusive, unprofessional, and completely unacceptable.

He was enabled, in many ways, by Geoff Johns and Jon Berg.

"I wasn't there with the guys when they shot with Joss Whedon – I had my own experience with [him], which wasn't the best one, but I took care of it there and when it happened I took it to the higher-ups and they took care of it. But I'm happy for Ray to go up and say his truth."

Jason Momoa, aka Aquaman, also spoke out on Fisher's side, claiming the cast were treated "shitty" during reshoots.

The investigation concluded in December 2020, after which WarnerMedia said "remedial action" had been taken.

After being left disappointed with Joss Whedon's cut of the film, fans began campaigning for DC to release Zack Snyder's "original" four-hour cut of Justice League.

It was a movement like no other. The hashtag #ReleaseTheSnyderCut trended on Twitter, over 100,000 fans signed a petition calling for the film, and a group pooled money to buy a Times Square billboard and a plane bearing the hashtag.

Eventually, stars of the film, including Ben Affleck and Gal Gadot, began tweeting out the hashtag themselves.

Where can I watch Zack Snyder's Justice League in Australia?

Zack Snyder's Justice League will be released in Australia on Thursday, March 18 from 6pm AEDT. The film will be available to watch on streaming service Binge and on a dedicated DC Movies Pop Up Channel on Foxtel.

As for the details, the new cut of the film is twice as long as the original film. Yep, it's four hours long.

The Snyder Cut also contains a lot of new footage, including new scenes with characters not seen in the original film, including Jared Leto's Joker.

Her powerful legacy is in our hands... yours and mine... we must honor it.https://t.co/0eLZth3Xmg pic.twitter.com/Myn1sr1LuF

"At the end of the movie, it says 'For Autumn,'" Snyder told Vanity Fair.

"Without her, this absolutely would not have happened."