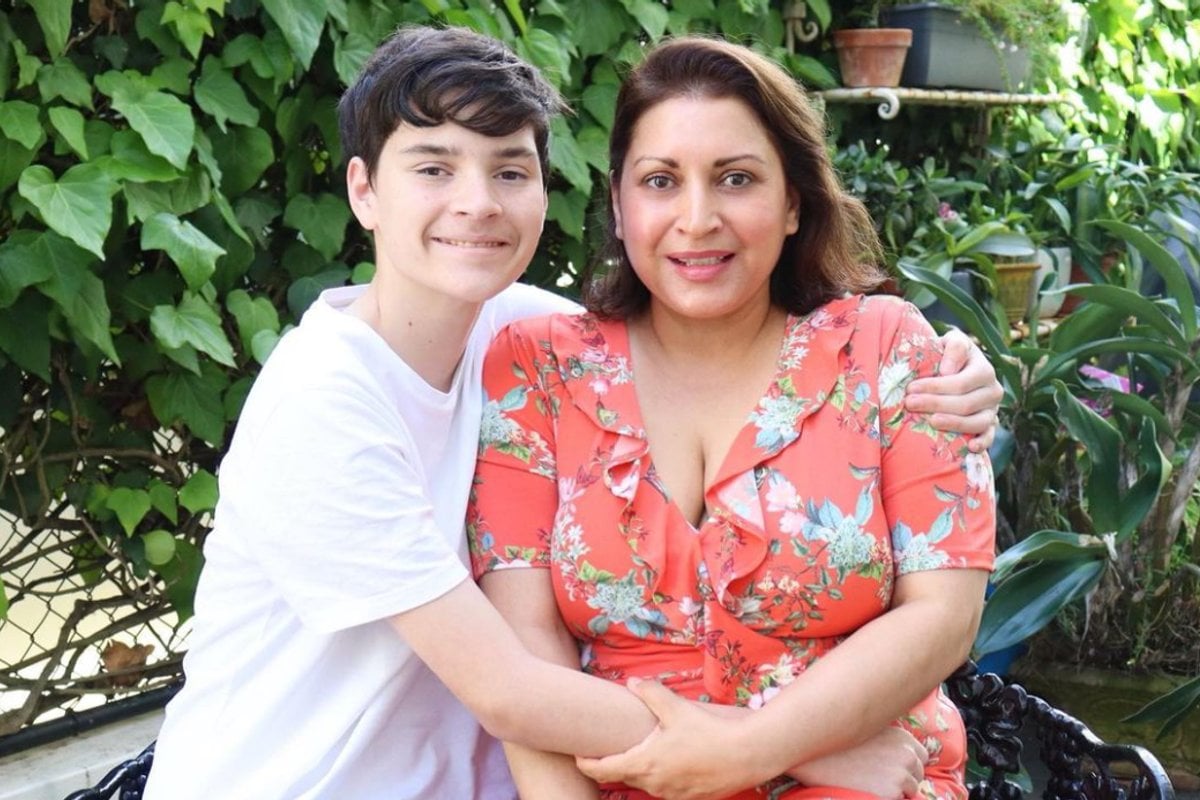 To my son, Winston.

This year, at age 13, you jumped at the invitation to be in the very public Sydney Mardi Gras campaign. You openly share your experience, and to help other parents, I talk about how I’m doing everything I can to support you. I’m educating myself. I’m listening.

Watch: What to say if your child comes out as gay. Post continues below.

This is because you’ve made it clear you want me involved in your journey. It’s an honour I take seriously, because I love you.

You are the bravest person I know, and so remarkably confident – wanting to share your story to inspire and educate, knowing it’s worth all the many slurs that have been and will be thrown at you.

It amazes me every day that I, who has made many mistakes in my life, have somehow managed to raise a son like you.

I am such a lucky mum.

But I’m not here just to tell you that you’re an incredible young man.

I also want to thank you. You invited me into your journey. You’ve let me be part of it.

When someone calls you a “faggot” at school, not only do you stand up for yourself, you come home and tell me about it. As a parent, that is such a relief, to know you’re not suffering in silence. To know that you can and will come to me, because I will always be your number one champion.

You tell me all the cool stuff, too. All the support you’ve received from friends, and the incredible teachers at your school.

I love our conversations. I love when you tell me off for “stereotyping” when I suggest that Freddy Mercury is a gay icon and it’s another reason you’ll hear a lot of Queen in your life.

You talk to me about the community you see on TikTok, and you care so much about online representation.

Ok, confession time. I would be lying if I didn’t admit I was a little nervous.

I never thought you’d suffer discrimination in the way that I, as a woman of colour, have. By your appearance, you don’t seem as though you have any sort of minority in you – even though you’re half-Indian.

I know it’s not right or fair, but it’s reality.

So, I’ve had to sit you down and explain the discrimination you’ll face as part of a minority group. But perhaps I shouldn’t worry so much, because so far, you’ve handled it with a level of courage and confidence that just blows me away.

My biggest fear, though, is losing you because I’m a straight woman with no lived experience of being queer. That’s why I’m informing myself about what’s ahead of you. I will do everything I can to show how unconditional my love and support is.

For example -  being in the Mardi Gras campaign while deeply grieving the loss of my sister. The invitation for us to be involved came during the hardest six months of my life, when I was not myself physically or emotionally (and it showed) – but there was no way I was going to pass on such an incredible opportunity for you.

There was no way I’d let you down. THAT is what you mean to me. And I should have known your passion and eloquence and love would get me through.

In this last year, I’ve seen that you’re a capable, resourceful young man. You know you deserve respect, and don’t deserve to be disrespected for your identity. There are so many people who don’t get this stuff until they’re much older – if ever.

You also have Guncles like Adam Bub and his partner Nick, and Sean Szeps, who will have your back at every step and are as proud of you as I am.

In the near future, you’ll start to need me less and less. This makes me even more grateful that you’ve allowed me to be here for you so far.

And I’ll continue to be here for you, always.

Mumsie (as you call me)

Your Best Friend (as I call myself)