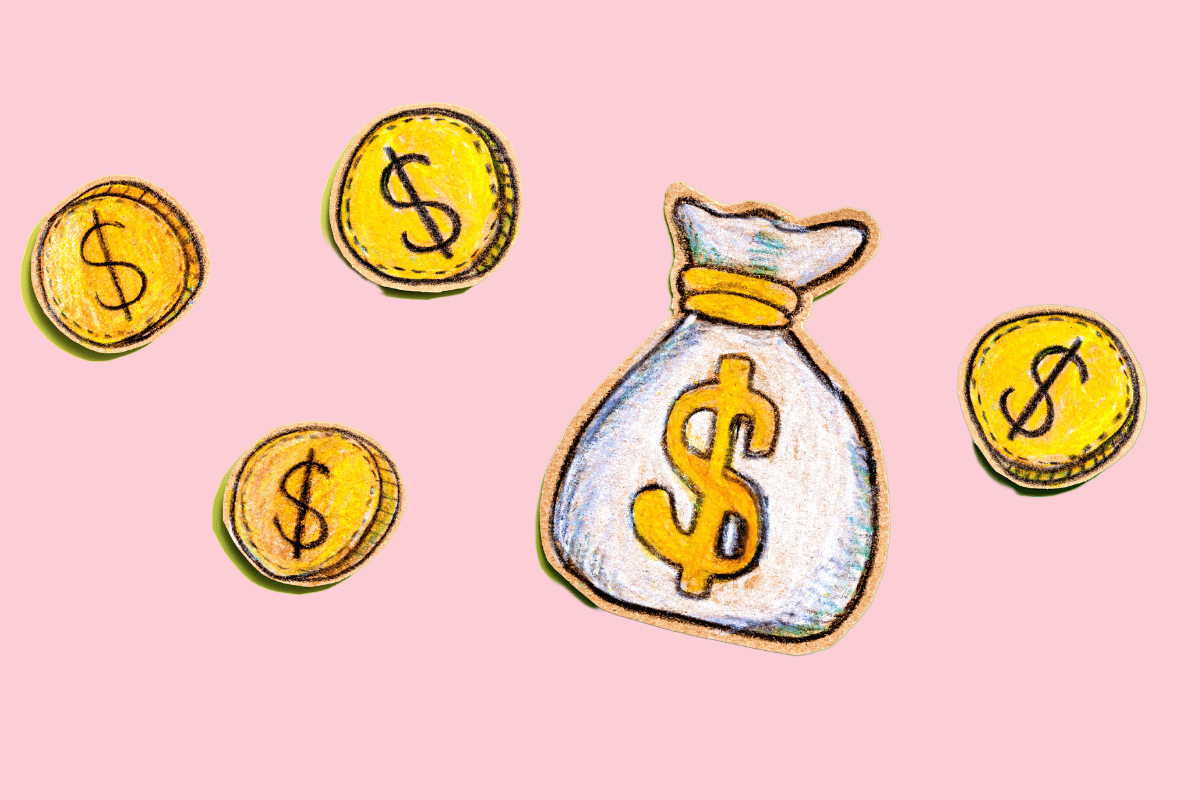 Does it feel like you never seem to have enough money to make it through the month?

Well, if it makes you feel any better... you’re definitely not alone.

I know because a few years ago, I started a financial education platform to help people get on top of their finances. Today, hundreds of our students have done a complete 180 on their financial lives through SkilledSmart’s Mastering Money program.

While you're here, watch 4 money hacks that don't cut out your daily cup of coffee! Post continues after video.

I’ve seen many students come to us after years of living the 'cheque-to-cheque' situation, and I’ve seen many of them successfully break the cycle through what they learn in our program.

Now, the complaint many people have is: "I don’t earn enough money."

If you’re a low-income earner, this could be true. Earning a very low income makes it challenging to cover the cost of living (especially right now), no matter how good you are with money.

However, I’ve seen people living pay-to-pay at all income levels (including six-figure incomes). I’ve also seen people break the cycle while earning less than you may think is needed.

Most people can make significant improvements to their situation without increasing their income. Here are some of the tips that have helped our students break the cycle:

1. Know where your money is going.

Do you feel like money comes in... and then it just disappears?

One of the most common mistakes I see is not having visibility or clarity on where your money goes.

Unfortunately, there’s no way around this one. You need to know where your money is going.

I mean, imagine driving a car that had no fuel-tank indicator. The only way of finding out you’d run out of petrol is... running out of petrol. That’d be a pretty scary way to drive, huh?

You need some indicator to help you gauge: "How much do I have left? How much more can I afford to spend? Will I make it to my destination?"

It’s sort of the same thing with money. If you don’t know how much money you’re spending and where you're spending it, then there’s no way to manage it.

So, one of the first steps our students take is getting clear on how much money is going where. This one step is often a big game-changer for many of our students.

For example, when Elena came to us, she never seemed to have money left over at the end of the month.

Once she got clear on where her money was going, she was able to quickly see exactly where she was overspending, where there were opportunities to cut-back, and why her money disappeared so fast.

2. Get honest about your priorities.

If you’re an overspender (you 'spend too much', have a hard time setting limits on your spending, and always end up spending more than you 'should'), then this one's for you.

One reason people overspend is because they’re not clear on why they’re spending, and how it aligns with what is actually important to them.

What helps our students is taking time to reflect on why you’re spending, how you feel about those purchases, what value they add to your life, and how they align (or don’t align) with your goals and values.

For Bianca, this process helped her turn around her financial life. She was living cheque to cheque and had $10k credit card debt. Despite a healthy salary, she never seemed to have savings.

This helped to change her spending habits and within six months, Bianca was debt-free. In about three years, she had saved up tens of thousands of dollars and put a deposit down for her first property.

Listen to What The Finance, Mamamia's money podcast. Post continues after audio.

Do you start every month telling yourself that 'this month you’re going to do better, stick to your budget, stop eating out'? Then one week in, you’ve fallen off the bandwagon and you’re beating yourself up again.

See, most people think that they just need to 'try harder'.

The problem is not how hard you’re trying. The problem for many people is that they do not have a system set-up to manage their money. They’re relying on personal effort and willpower.

But saving money shouldn’t be about motivation or using a thousand different hacks to shave a few dollars off your groceries. In fact, if you’re relying on motivation... you’re doing it wrong.

The real 'secret' to saving money is having a system to manage your income efficiently and automatically as soon as the money comes in. Your 'money system' should work no matter how motivated you feel.

Creating this money system is one of the most life-changing lessons for our students.

One example is Candela, who never saved more than $2,000. She’d tried countless budgeting templates and nothing seemed to work. After she set up a money system, she saved over $20k within 13 months.

The best part is she saved that money with a lot more ease. Her money system was doing the heavy lifting for her, so she didn’t need to run around scrimping and hustling.

So, yes breaking the cycle of living paycheque to paycheque is possible. It can be confronting and takes a bit of hard work upfront.

But the other side is freedom from the constant stress of not knowing if you’ll make it to your next pay or if a small emergency is going to wipe you out.

Isn’t that peace of mind worth a bit of hard work?

Paridhi Jain is the founder of SkilledSmart, an independent financial education platform helping adults learn to save and invest their money. For more money tips, you can grab a free e-book on "5 Money Mistakes Costing You Thousands" via their website, and follow them on Instagram.