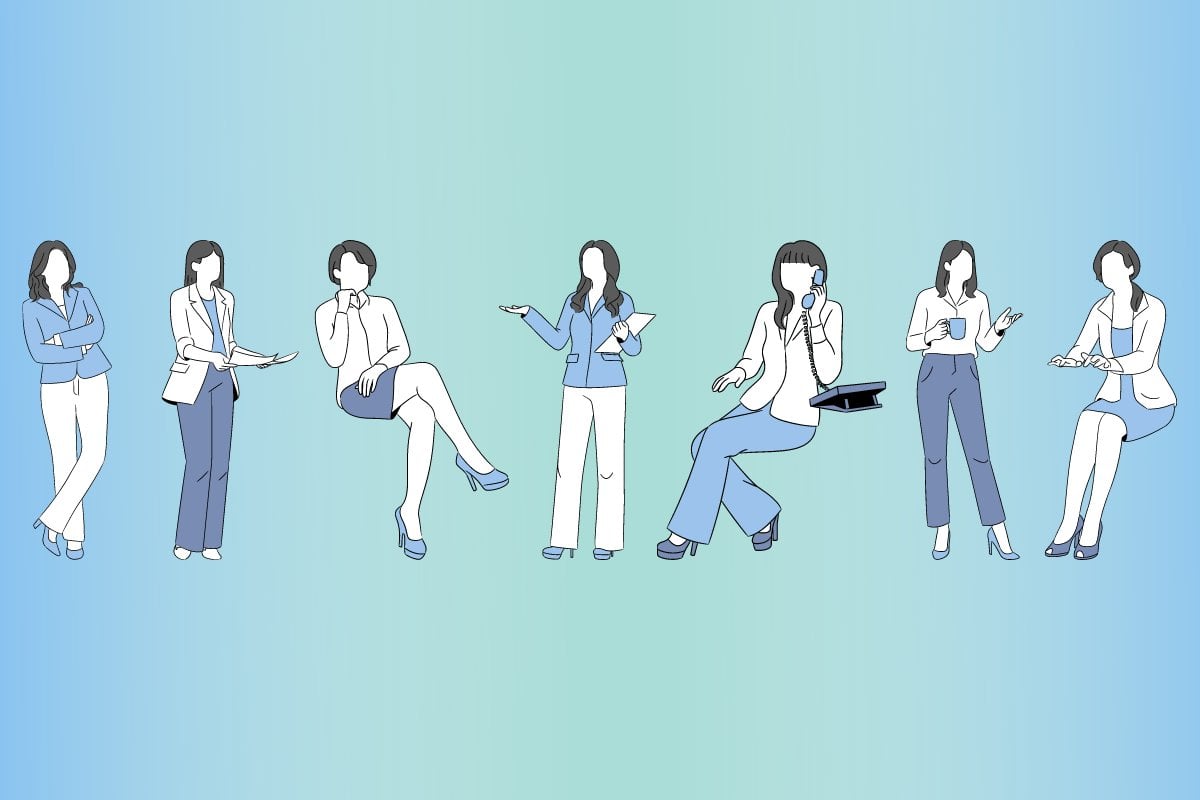 It's not always easy to know whether you've found the right job for you when starting in a new position.

With a few weeks' worth of induction meetings, training, and getting to know the team, it can be a while before you've settled into the routine of a new job.

But then there are the times you know you made a mistake right away.

We took to the Mamamia community to hear about the one week (or one-hour!) tenures at the workplaces women just really didn't want to hold out for - most for very good reason.

"One time I got a job at a government mapping department which basically involved moving dots around a map on the screen. There was heaps of training and then on the third day I was allowed to move the dots. I moved the dots and then everyone came over and gathered around my desk and were like, 'Well done, Keryn! You moved the dots.'

"I left that afternoon and never went back. I was far too smart to be praised that much for completing such a simple task."

"In high school I lasted four days at my job at a popular fashion streetwear store. I don’t even like the experience of shopping there, but I just needed a job at the time. I was told I didn’t approach customers enough and I let them browse for too long without my help.

"One day I overheard a customer visiting from Tassie ask my manager, 'Do you have an online store?'. My manager said, 'We do have an online store but I’m not sure if we ship overseas. If we do the prices might be different because of the currency conversion'. I quit after that."

"I applied for this job that I didn't really understand, the title was something ambiguous like 'Commerce Operator'. After the interview I still didn't understand what the job was and then the interviewer said, 'Anyway this is Joe and you'll be following him around.' I was much less assertive when I was 22 so I just followed him.

"We got on a train and it was then I realised it was door-to-door raffle ticket sales. I followed him around for a bit before saying I needed to leave, but the whole thing took a few hours. I called up the manager who interviewed me to complain about a lack of transparency and also got their job ad taken down."

"When I was 16, I did a 'trial shift' (i.e. unpaid labour) at a sports clothing store in a UK airport. There were zero customers and after a few hours of folding and refolding piles of clothes no-one had touched, I said I didn't think it was for me and left.

"I should have known that standing for nine hours and working with sports clothing with a bunch of 'football lads' was never going to work for me."

"I did a trial shift at a childcare centre when I was about 16, the same place I went to when I was a toddler, and I lasted one day. I sent the manager some flowers and chocolate and simply said 'I just can't do this'. Turns out I don't like kids very much, nor do I see myself being a childcare worker."

"I quit my first job at red rooster. My manager hit me over the head and called me stupid when I got a drive thru order wrong (I forgot one item) because I couldn’t hear the customer properly through those old speakers. I was 15 and my mum picked me up after my shift and I never went back!"

"I was job hunting for full-time work and had interviewed for two different jobs. I hadn’t heard back from my first choice (local town, better pay, better condition and long-term stability). I was offered the other one (one hour away, less pay etc) so had to accept it. After two days there I received a call from the other job saying I had that one. I accepted straight away and had to quit the other one! The recruiter sent a snarky email back, but I was happy with my decision."

"When I was living in the US, I signed up to a recruitment agency to try to get an admin role because I thought I was sick of working in hospitality. They set me up with a job in an office, where my job was to organise meeting rooms, bring people coffee, and sit at a desk waiting for the phone to ring.

"I did one shift and then ghosted them. I never returned their calls. It was the most boring day of my life and felt like it went for 10 years. There was literally nothing to do. I went straight back to hospitality."

Do you feel like you're not being heard at work? Or like your meetings lack purpose? Listen to Mamamia's career and productivity podcast, 8 Minutes to Change Your Work Life, for tips for better communication with your colleagues. Post continues below.

"My first job was at a skin aesthetic clinic and I worked as a marketing and social media coordinator. I was so excited when I got it in, but as the days went by, I kept hearing my colleagues gossip about how others looked and dressed (especially trainees).

"I was not thrilled about it and decided to just shrug it off, but one lunchtime, they asked me what I thought of the trainees. I was really shocked because the CEO joined in and it lead me to quitting. I would never want to be involved in a company that brings down other people behind their backs."

"When I was 20 I worked as a kitchen hand at a pub. The cook was SO rude and kept yelling at me. When they called service, I took the first two meals down then told the manager I would not tolerate being spoke to the way she spoke to me and to get stuffed, and I walked out."

"I lasted a day and a half at a checkout in a grocery store. I’d had to quit my previous job because of a serious back injury acquired because of unsafe OH&S. I believed I’d be ok enough to work again.

"After a day and a half on my feet at the checkout, plus the movements of putting items through the scanner into bags, I found myself weeping with serious pain. I quit before the shift ended and had to lie down on the road at the tram stop. Awful experience."

"I was working for a large Australian bank and my manager was very absent, plus the business was in a very messy state. I knew immediately that the culture was bad and I wouldn't last. After three days I applied for other roles and got a six-month contract with another international bank. I was then made permanent and stayed for five years."

"I quit after five hours in an office job for a pool supply shop, which is so out of character for me. The place was filthy, accounts were an absolute mess, and no one knew what was going on. Some jobs you just know in your gut it’s not right, so I walked before my first lunch break."

"I got an internship to manage the social media account of a company through uni and [lasted] only one day. The HR manager wasn’t in and hadn’t told anyone else I was hired or what my role was. The owner came by for five minutes and gave me a stack of financial magazines to read to ‘understand the industry’ and told me to make a list of questions I had from those articles and he would answer them when he got back from a meeting. He never came back. No one else talked to me, no one gave me work, no one even showed me around so I knew where the bathroom or kitchen was... I emailed them saying that my circumstances had changed and I could no longer complete the internship. It was so awkward and uncomfortable."

"I walked out on a brilliant sales management position. It was out of my comfort zone, the boss was a bit of a pervert, and they gave me a manual car. I'd never driven manual before. My husband took me for a lesson and I just freaked out and resigned the next morning. They tried to convince me to stay and offered me a different position but, I don't know, something just didn't sit right with me!"