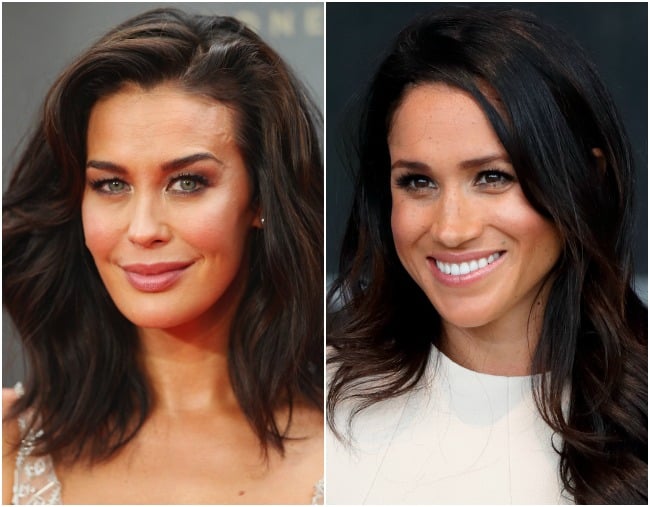 Australians, generally, say “Mee-gan”. Meghan Markle calls herself “Megg-un”. That’s nothing to do with the extra “h” in her name. It’s because that’s how the name is generally pronounced by the rest of the world – including people in Wales, who invented the name as a pet form of Margaret.

“Megan is pronounced ‘Megg-un’,” declares Alan, a spokesperson for Cymry Melbourne (Melbourne Welsh). “No idea why Australians went a bit different with the first syllable.”

Alan tells Mamamia that he called his own daughter Meghan. That means that the people around her are constantly pronouncing her name the wrong way.

“Meg sometimes corrects people, sometimes doesn’t. Depends what mood she’s in, and who she’s talking to.”

People who move to Australia from the UK are bemused – or sometimes appalled – by the pronunciation of Megan. You can see it on Australian parenting forums.

“I’ve got a thing for the name Megan at the moment,” announced one mum on Essential Baby. “My baby is due in three months, so a while to go yet, but I’m just wondering, is the standard Australian pronunciation ‘Mee-gan’? I’m from the UK, and pronounce it ‘Meg-an’. Will we be forever correcting her name? To me, the two pronunciations are very different and kind of make or break the name.”

She was advised to avoid Megan if she didn’t like “Mee-gan”.

“I’m from the UK too, and this is why Megan got crossed off our list,” another mum chimed in. “Love ‘Meg-an’. ‘Meee-gan’ makes me cringe!”

Americans side with the Brits on this one.

“In my experience, in the USA, Megan and Meghan are pronounced with the first syllable to rhyme with Peg or Meg,” US names expert Cleveland Kent Evans tells Mamamia. “And for the few who pronounce it differently, ‘May-gan’ would be much more common than ‘Mee-gan’. I almost never hear ‘Mee-gan’ in the USA – and when I do, it seems to be referring to someone who was born in Canada, not the USA.”

On the website Behind The Name, people from around the world have shared how they spell and pronounce the name (“My name is Meggan. I do like it if people pronounce my name ‘MAY-gan’”), which has sent some Welsh speakers into a rage.

“I’m Welsh and can confirm that Megan is the correct and true spelling of this Welsh name,” writes one. “Our alphabet is phonetic and none of these other stupid spellings would make any bloody sense.”

“You say each letter as you hear it,” adds another. “So MEGAN is pronounced M-E-G-A-N. This is infuriating.”

So why have Australians ended up pronouncing Megan differently from pretty much the rest of the world? It’s hard to know exactly, but it’s been going on for a long, long time.

Evans has a theory.

“I would assume that the earliest Australian parents who used the name found it in written sources (probably in newspaper articles about [politician] Megan Lloyd George) and just guessed wrongly as to its pronunciation,” he suggests, “and that the first well-known Australian Megans pronounced it as ‘Mee-gan’, cementing that in the minds of Australians.”

Well, this is embarrassing.

But wait a minute. If Megan is meant to be pronounced “Megg-un”, then how about Tegan? Have we all been pronouncing that Welsh name the wrong way too?

I should have added this information months ago -- but in the United States, though we normally get the pronunciation of Megan correct, we do tend to use "Tee-gun" for Tegan! This is probably because of the influence of the British TV show "Dr. Who", which between 1981 and 1984 featured an Australian character called "Tegan Jovanka" as the Doctor's sidekick. Her name was pronounced in the Australian way because
John Nathan-Turner, the producer who created the character, named her after his partner's niece, who was Australian. Obviously even educated English producers didn't know the correct Welsh pronunciation was "Tegg-un" back in the 1980s.