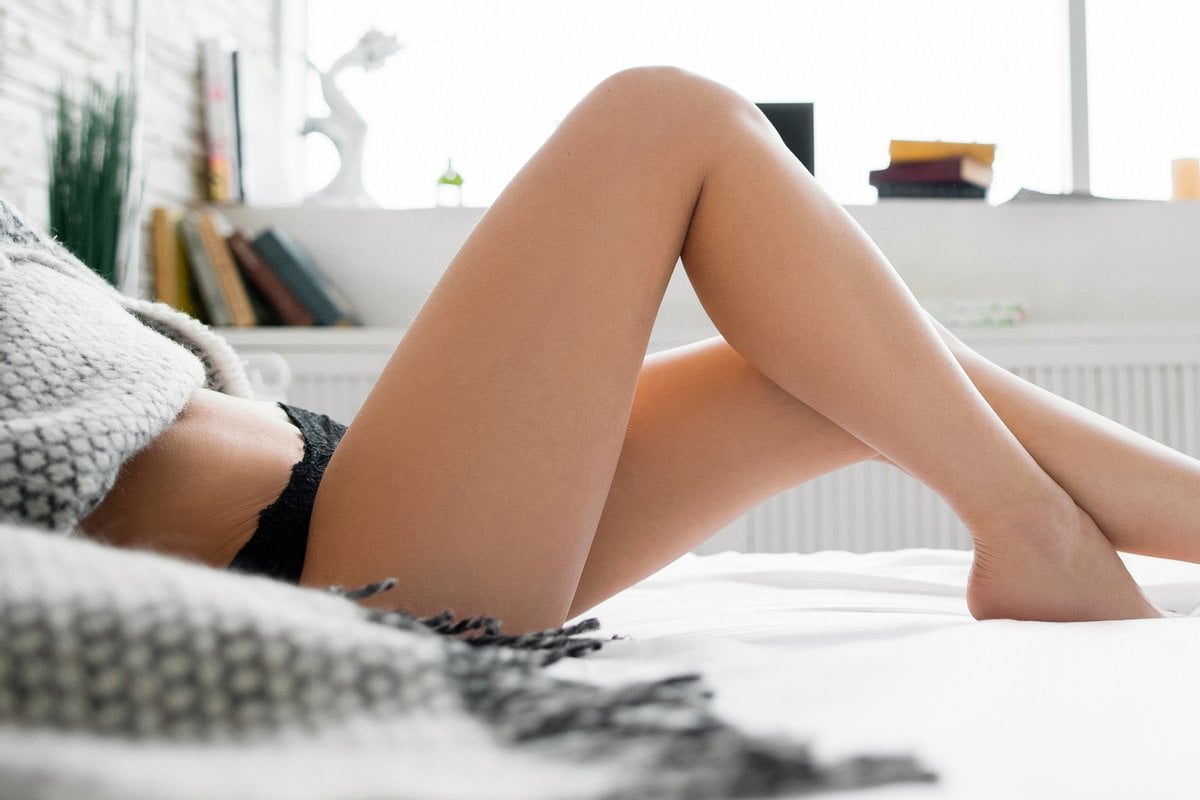 When COVID-19 first broke out, finding your 'pandemic partner' was a very real thing.

Faced with our own mortality – or at least the end of the singleton’s sex life – time felt short.

People paired up in panic, as if every orgasm could be their last.

And I flocked to men like a zombie in an apocalypse.

As far as we knew, the world was ending, and that was a great backdrop for some mind-blowing sex.

But after six months in Australia, I found myself back in the UK, with some of the toughest lockdown laws in the land.

Within weeks businesses were boarded up, 'stay at home' measures were put in place, and social distancing was more than a guideline.

It was now illegal to even socialise.

Confined to my three-bedroom flat share, month after month of restrictions dragged on, as my sex drive retreated into a government-mandated isolation.

Just like the pubs, gyms and nails salons, my vagina had shut up shop.

And for the first time since I was a prepubescent teen, I felt nothing in my nether regions.

No deep urge. No burning desire. No insatiable lust.

It’s like all the blood had just been redirected elsewhere.

For weeks I mourned my mojo’s fate, feeling impotent and detached. Part of me was missing, and I wasn’t myself.

Until one day I got a text message so hot that that my vaginal vibe flickered back to life.

Since then, it’s been a journey with a lot of self-guided discovery.

So, here in all its glory, is how I got my libido back.

Think of them what you will, but if f**k boys are good for one thing, it bloody better be getting you off.

It had been five years since I’d met Declan, a ripped Irishman with a six-pack and an accent that made me wet.

He was my very first Tinder date, but after heading back to mine following pizza at the pub, we’d never felt the need to venture outside again.

Throwing me around, pinning me down, tying me up and spanking me, dirty-talking Declan was exactly what I needed. Rough and in charge.

Sex with him was the hottest I’d ever had, and it stuck in my mind long after we’d stopped seeing every other. Years went by but I’d still replay the memories whenever I needed some solo inspiration.

So when his name flashed up on my phone in late January, sparks suddenly shot south.

"I fantasied about you the other day," he said. "You were on your knees and begging for it."

And just like that, my icy vulva began to thaw.

Had video sex with the first guy I kissed.

It was early February when I was flicking through a dating app and came across a familiar face.

There, staring out of the screen at me, was the first guy I’d ever kissed.

It had been 16 years since we’d dated for a very brief month in high school, but I’d never quite forgotten Alex. We’d gone all the way to third base before he dumped me for not being "as experienced."

Call it unhealthy, but I’d always felt like I had something to prove.

Now here we were, living in the same city on the other side of the world, just two kilometres – and a socially distanced two metres – apart.

Already a few glasses of champagne down, I sent him a message, and he replied right away. An hour of online flirting flew by before he video called me.

A lot may have changed since he was 16 and had Eminem’s bleached blonde hair, but Alex was still as hot as ever. And his charming British accent drew me in all over again.

Lying on my bed in pyjamas, strategically exposing a little too much cleavage, our minds wandered as we reminisced.

Soon my high school boyfriend and I were virtually getting each other off.

Zoom will never be the same again.

Bought myself a 'clit sucker'.

By Valentine’s Day, I was ready to take matters into my own hands. Quite literally.

Despite some time out, the hot pink bullet I’d bought on a trip to Amsterdam two years ago was on its last legs. After putting in some fantastic performances, it had gone from seven separate speeds to one fragile function.

It was time for an upgrade.

Within 30 seconds, my friend had sent me a link to what I now affectionately refer to as the 'clit sucker.'

"It’s a bit expensive but worth every cent," she replied. "I use mine twice a day."

With a review like that, I didn’t need to shop around.

Three days later, my present to me from me had arrived.

With 10 intensity levels to tailor the experience, the Clitoral Suction Stimulator promised "intense pleasure" and an "irresistible new sensation."

But after months of clitoral quarantine, I was dubious.

Until I went from zero to orgasm in 20 seconds.

When the pandemic first hit – and before my libido locked down – a new date introduced me to a swingers website.

Beyond swapping partners, it was everything and anything you wanted it to be.

The first night we signed up, Michael and I invited another guy to join us, and it was one of the best sexual experiences of my life.

Months had since past, but now that my sex drive was back in gear, I couldn’t stop thinking about it. So I hopped online to see what I’d been missing.

Dozens and dozens of messages filled our inbox, from polite pleasantries to downright dirty. I scrolled through images so sexual I ached, and my clitoris pulsated in response.

I could see that Michael had been logging on as well, sharing photos and fantasies with like-minded people. As I read over his conversations, heat spread through my body – each interaction getting me hotter and hotter.

I suddenly couldn’t wait for our next adventure.

Booked tickets to a sex club.

By March, I was feeling more like myself when a onetime booty call invited me to a party.

A party at a sex club.

I’d always loved getting naughty in public. The frisky thrill of being caught was the biggest turn on. But for the past few years, a sex club had been at the top of my bucket list.

Ben was a regular on the kink scene with a wardrobe to prove it and knew his way around all the fetish clubs in the city.

Online the club promised a taste of the non-vanilla – "an escape from the world above" and an experience I’d never forget.

With lockdown restrictions finally starting to ease, the event has been loosely set for July.