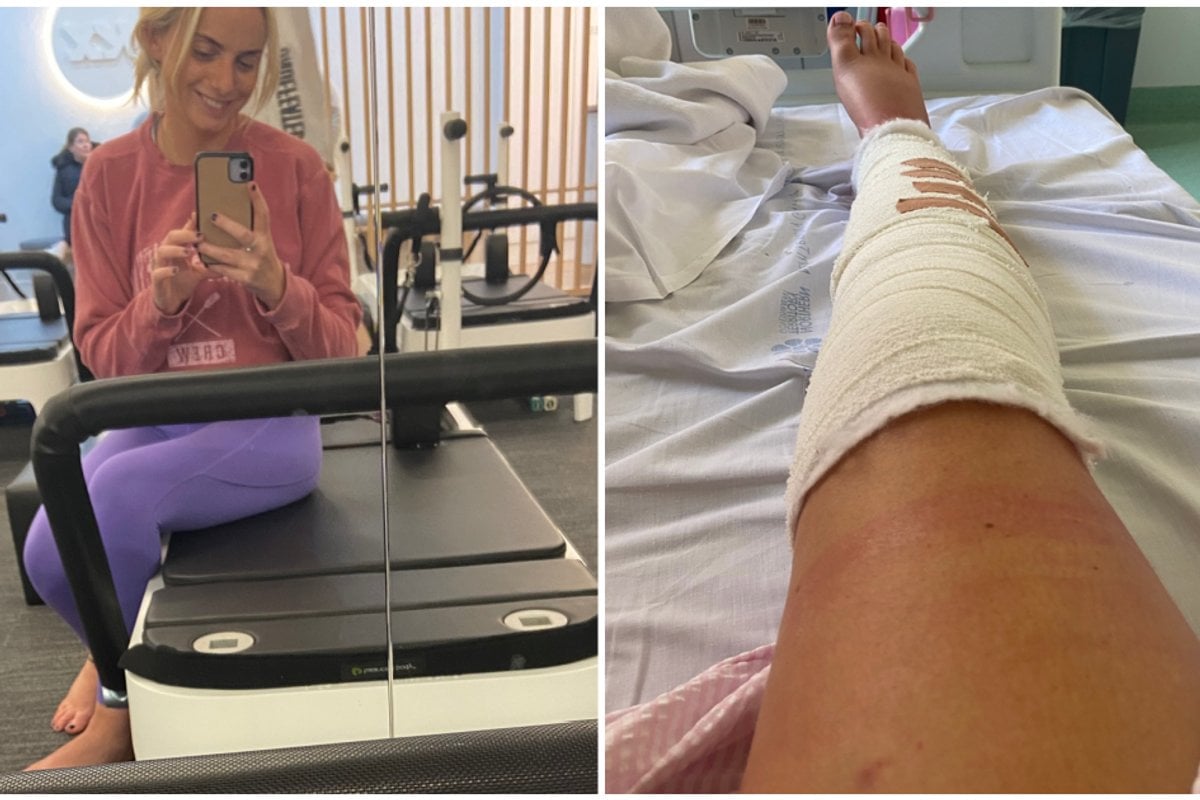 Three and a half months on and I can still hear the snap.

I must have heard it a fraction of a second before I felt it; hot, sharp, violent pain down my right leg.

I yelled that it was broken because when you break a bone you are sure.

It was as though my leg had gone from solid to a piece of wet spaghetti. When I heard the snap, it buckled from under me. I grabbed instinctively at my shin, feeling like I was holding two loose pieces of string together.

I was hiking a canyon, hundreds of metres from the ground below. In the dessert. Just before midday. And it was probably 35 degrees. I knew this wasn't going to be like breaking a bone on a sporting field, a green whistle waiting by the sideline.

For a moment I waited to faint, the pain so severe I was sure my body would just shut down. But the dizziness passed, and I was left with a sensation so consuming I'm not sure I'll ever find the words, which is a lazy thing for a writer to say.

It was, I'd later find out, a comminuted fractured tibia, which means that my shin bone had broken in at least two places. As I'd taken a step, I'd rolled my left ankle and used my right leg to awkwardly correct the fall. In the process, the bottom half of my shin had gone one way, and the top half another, snapping it. I think I could feel the misplaced parts of my tibia hitting against my fibula, the smaller bone on the outside. Many people manage to break both at once, so I was relatively lucky to have my fibula still intact.