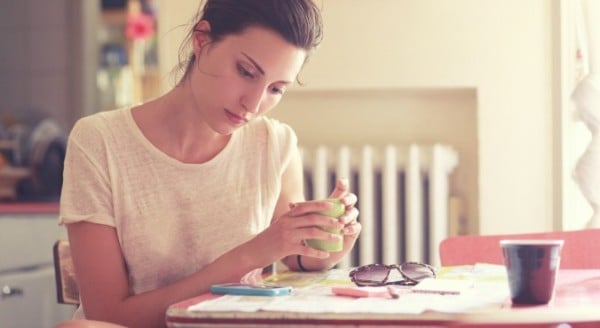 We used to be inseparable. Through high school, university, and most of our early adult life, my best friend and I were rarely seen without each other.

It was one of those fall hard, fall fast friendships. We instantly bonded over being the new girls at our school and spent the next few years going through first boyfriends, first broken hearts, nights out and pre-exam all-nighters.

University came and despite doing different courses, our friendship remained strong, and I lost count of the number of times we told each other how grateful we were that we’d managed to maintain our connection as we watched other school friends fall out and lose contact.

RELATED: I’m a 36-year-old grown woman and I have no long-term friendships. There, I said it

I look back on those conversations now with sad irony.

Now, we don’t talk at all. The only things I know about her are the tidbits I hear from mutual friends or the sporadic posts on Facebook. The hardest part is, I don’t know how we got here.

There was no huge bust up, no argument, no single event that I can pinpoint as the cause of our friendship breakup. The reality is we just drifted, but I almost wish there had been a fall out, so at least I could understand and know where we stand.

If I had to identify a turning point, I’d say it was when she met her boyfriend (who’s now her fiance). He wasn’t my favourite person but he made her happy, so naturally I was happy. She was less available to do things spontaneously, but this is natural when you’re in a relationship – and it was nothing we hadn’t tackled and overcome before. (Post continues after gallery.)

Then she had a big falling out with one of our mutual friends. That friend made it clear that she would no longer be inviting her to any catch-ups.

I texted her immediately, checking she was OK and arranging to catch up. After a few months, I was the only one still seeing her – the usual girly catch ups every fortnight or so.

RELATED: “The friendship fight that made me give up social media.”

One night, our usually catch-up had to be postponed, “something had come up”. I told her it wasn’t a problem and we arranged to reschedule for a different day the following week.

I texted her the morning of our scheduled catch-up apologising to say I wouldn’t be able to make it after all – I’d had a terrible cold all week and it was finally getting the better of me. Would she mind if we did a different day instead?

Hours later, all I got back was the most dreaded text response: “OK”. Surprised at her unusually passive-aggressive response, I chose not to reply.

Before I even realised it, weeks had passed and we hadn't exchanged a word. I knew I should text her, check in but something stopped me - I was hurt she hadn't contacted me to check I was feeling better or apologising for her short response.

Two months passed and still nothing. I decided to seek outside advice and told an old mutual friend about the situation. "I'm being totally silly, aren't I?", I asked.

She was unusually quiet, and said that she thought it best not to get involved, that we should sort it out ourselves. I later learnt she'd told a few people that I'd let her down and treated her badly, which is why we no longer spoke.

RELATED: Mia Freedman: “Life’s too short for toxic friends. This is how I got rid of mine.”

Unsure of how to confront her, I left it. We now haven't spoken for close to a year and it hadn't crossed my mind for a while, until last week.

I'm getting married and was finalising the guest list to sort out invites. I'd decided to invite her, determined that our almost 12-year friendship was worth far more than any pointless squabble.

The day before I sent out invites, I logged onto Facebook to see a sight that made me burst into tears. She'd posted pictures of her wedding - a wedding that I wasn't invited to and knew nothing about.

Now I'm torn - do I be the bigger person and try to mend our friendship? Or is it broken beyond repair?

How have you dealt with drifting from friends?