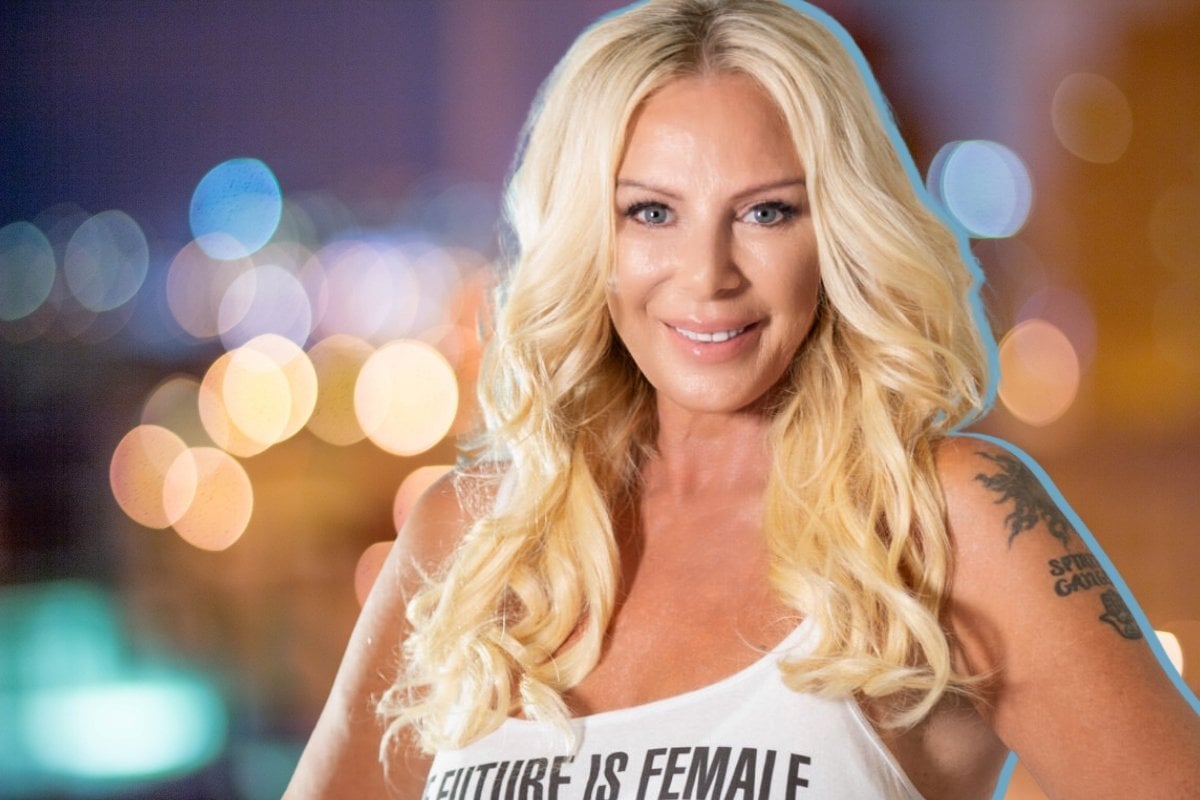 The only thing Samantha C. Ross liked about her former marketing job was the free cake. The kind the office manager would buy and slice up for a colleague's birthday. The rest was far from appetising.

The work itself was numbingly boring, the hours inflexible, the commute on Arctic Melbourne winter mornings barely tolerable.

The role was for a sports bar, to which a so-called 'gentleman's club' was attached. Curious, Samantha crept in one day.

What she saw was not mysterious, or filthy, like she'd expected. It was almost... glamorous. Women in expensive casual-wear rolling into work at 5pm, dressing up in costumes, dancing, sipping champagne in bikinis.

Soon, she became one of them, this sisterhood of dancers who've forged a career wielding their bodies, their sexuality and the power that holds over their clientele.

Watch: Would you hire a stripper for your son's 18th birthday?

Samantha retired from the industry six years ago. Aged in her early forties, she chose to set aside her stripper alter-ego — 'Sunshine' — to pursue a long-held ambition of becoming a writer.

Speaking to Mamamia's No Filter podcast, the Sunshine: Diary of a Lap Dancer author expanded on the realities of her former world, from the money on offer to the surprising villain of bucks' parties.

The following are snippets from that chat.

What was your first shift as a stripper like?

"It was terrifying. It was absolutely terrifying. Not because I have a problem with nudity, but because every single thing that you get to scrutinise alone in the bathroom is now on show — dimples in your arse and shaving rash.

"But it worked well, because I think I looked so insecure and uncertain. There were like those seasoned, veteran strip-club dwellers that were just breaking a leg to get to the stage to see the new, insecure girl."

How did you know what to do?

"The first night you start, you just kind of gaze around. Just watching the girls, you start to pick up your tips, as well as the way you move... You also get to begin your stripper persona as well, because it just won't work if you're yourself. The degradation that comes with the job can get to you way too easily.

"A lot of bastards go to strip clubs, and I think it's a perfect place for them to throw around their judgment or take out [their hurt over] every single woman that's rejected them. They feel like strippers are in less of a position to gain respect. So they come and take that kind of shit out on us."

What happens when bucks' parties come in?

"All of their money is really going to the bar, and they'll all throw in to have one lap dance or buy one lap dance for the buck. But in the interim, you have to go through their judgment and scrutiny, which is pretty much along the lines of, 'Nup, tits not big enough on that one. Nah, that one's got a face like a smashed crab.'

"No stripper would do sex work, and every stripper I know of was fucking appalled by the suggestion." 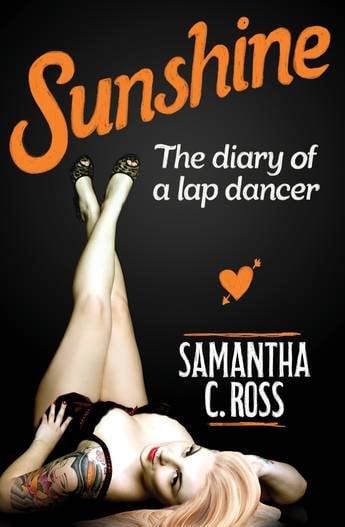 Samantha's latest book is being adapted into a television series, coming in 2021. Image: Allen & Unwin.

"Females can't touch [their genitals] during a lap dance and neither can a man. There are some clubs in Australia where breasts and arse can be touched, and I think that varies from state to state.

"In Queensland, for example, you're not allowed to legally solicit from a strip club — you can't be a stripper and a sex worker."

What do you do when you get your period?

"You just roll up the string on the tampon, so you can fish it out later on. But I had a few idiot friends that have cut the string off and spent the morning in emergency getting it fished back out."

How much money do you make? And how much goes to the club?

What's the process of extracting money from someone?

"So I would walk over and chat to somebody find out a little bit about them. As soon as you find out what they do, you go in for the kill by making them feel like a king. So even if somebody is a plumber, you somehow have to make that sound like the most fascinating profession in the world by going, 'Tell me, what's the most interesting thing you've ever had to pull out of a drain? And is it true that there're crocodiles and the sewerage systems?' And just keep the conversation fascinating and funny. And once you've done that, you pretty much have them eating out of your hand.

"It's good to even pretend [to have] a little bit of interest in them... To insinuate [we don't live] far from each other if I were to see you out of work — which would never ever happen. But yeah, a lot of insinuation and just telling men exactly what they would like to hear."

Do you ever feel guilty about 'exploiting' them in that way?

"The minute they've slapped aftershave on themselves, they were coming to see a vagina. So in a roundabout way, they have no respect for you, just as I had such little respect for manipulating them. You know, I figure I'm being objectified once they walk through the club, and sure, I allow that to happen. But you would be an idiot not to recognise chauvinism and take advantage of it and to not turn that objectification into the manipulation of their wallets."

Just some men get confused about the nature of your relationship?

"Your regulars think that you're their girlfriend because they are so faithful to you. Most of them have never had a girlfriend, and a lot of them can't get it up for either psychological or physical reasons.

"I did have a regular that grew up on a farm in the middle of nowhere. And when I say farm, I mean, like thousands and thousands of hectares in the middle of Australia. And his only form of getting to see females naked was his own sister. So I would dance for him and have to pretend that he wasn't saying things like, 'You're giving me naughty thoughts, sis.' That was pretty revolting.

"He came all the way from that farm in the middle of nowhere in Western Australia. He would fly to Cairns just to see me."

What is the biggest misconception about strippers?

"That we're stupid. It's a really outdated misconception that we're unintelligent or desperate or getting the money together to avoid a beating from our pimp, or to get our next fix.

"Most strippers are very intelligent and wily girls, and the ones who will admit it out loud have the same kind of unapologetic attitude as I do. It's just that we think outside the box and are not ashamed of being nude.

"I think our real crime is laziness. We want a lot of money and we don't want to do a whole lot for it."

For more of Mia Freedman's chat with Samantha C. Ross, listen to No Filter below or via your favourite podcast app.

Responses have been edited for length and clarity.

Reply
Upvote
I've been to a couple of clubs. I get the appeal of course, but not to the extent that some people do. I had mates spending $700+ in a club not including the alcohol, that seem crazy to me.
Going to one every 4-5 years is enough for me.
Resources
Very Peri
News
General
Opinion
True Crime
Politics
Sport
Explainer
Entertainment
Celebrity
Reality TV
Movies
TV
Books
Rogue
Royal
Lifestyle
Beauty
Fashion
Weddings
Home
Wellness
Health
Fitness
Travel
Food
Family
Before The Bump
Pregnancy
Baby
Kids
Teens
School
Parent Opinion
Work & Money
Money
Finance
Career
Lady Startup