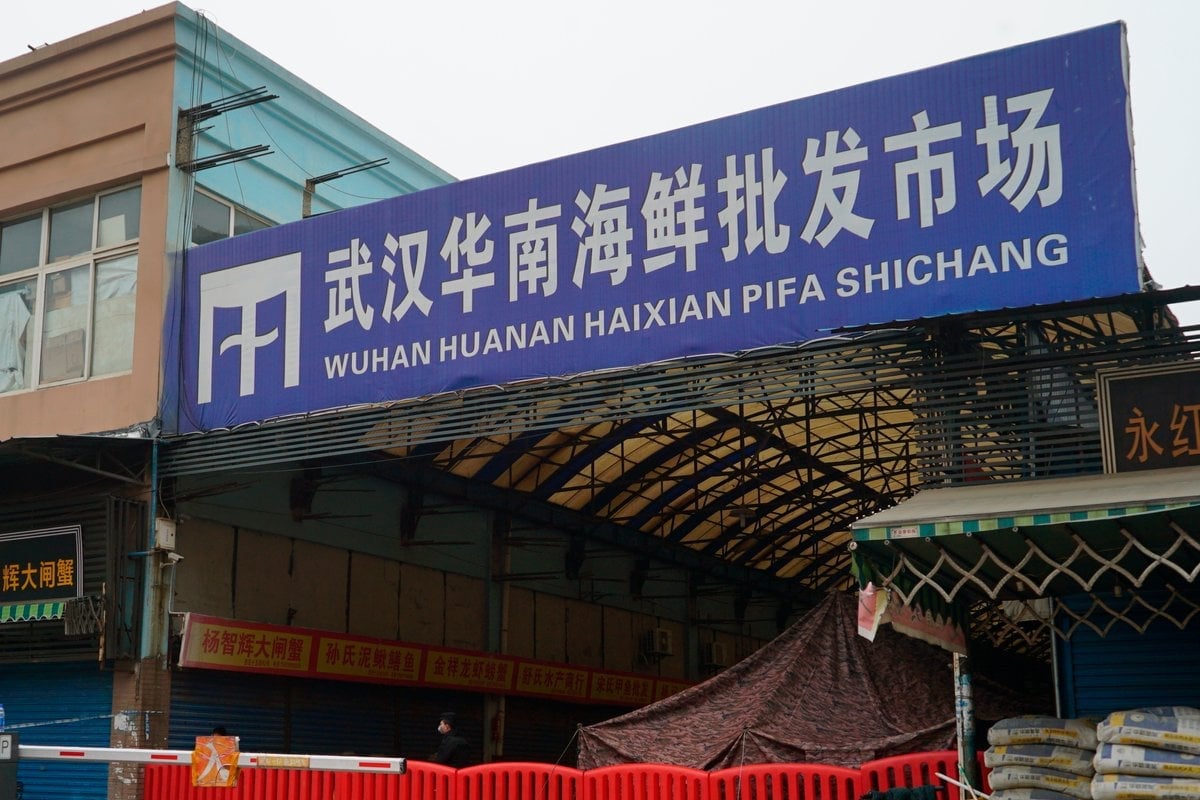 As I write, I am in hotel quarantine in Sydney, after returning from Wuhan, China. There, I was the Australian representative on the international World Health Organization’s (WHO) investigation into the origins of the SARS-CoV-2 virus.

Much has been said of the politics surrounding the mission to investigate the viral origins of COVID-19. So it’s easy to forget that behind these investigations are real people.

As part of the mission, we met the man who, on December 8, 2019, was the first confirmed COVID-19 case; he’s since recovered. We met the husband of a doctor who died of COVID-19 and left behind a young child. We met the doctors who worked in the Wuhan hospitals treating those early COVID-19 cases, and learned what happened to them and their colleagues. We witnessed the impact of COVID-19 on many individuals and communities, affected so early in the pandemic, when we didn’t know much about the virus, how it spreads, how to treat COVID-19, or its impacts.

We talked to our Chinese counterparts — scientists, epidemiologists, doctors — over the four weeks the WHO mission was in China. We were in meetings with them for up to 15 hours a day, so we became colleagues, even friends. This allowed us to build respect and trust in a way you couldn’t necessarily do via Zoom or email.

This is what we learned about the origins of SARS-CoV-2.

Animal origins, but not necessarily at the Wuhan markets.

It was in Wuhan, in central China, that the virus, now called SARS-CoV-2, emerged in December 2019, unleashing the greatest infectious disease outbreak since the 1918-19 influenza pandemic.

Our investigations concluded the virus was most likely of animal origin. It probably crossed over to humans from bats, via an as-yet-unknown intermediary animal, at an unknown location. Such “zoonotic” diseases have triggered pandemics before. But we are still working to confirm the exact chain of events that led to the current pandemic. Sampling of bats in Hubei province and wildlife across China has revealed no SARS-CoV-2 to date.

We visited the now-closed Wuhan wet market which, in the early days of the pandemic, was blamed as the source of the virus. Some stalls at the market sold “domesticated” wildlife products. These are animals raised for food, such as bamboo rats, civets and ferret badgers. There is also evidence some domesticated wildlife may be susceptible to SARS-CoV-2. However, none of the animal products sampled after the market’s closure tested positive for SARS-CoV-2.

We also know not all of those first 174 early COVID-19 cases visited the market, including the man who was diagnosed in December 2019 with the earliest onset date.

However, when we visited the closed market, it’s easy to see how an infection might have spread there. When it was open, there would have been around 10,000 people visiting a day, in close proximity, with poor ventilation and drainage.

A summary of modelling studies of the time to the most recent common ancestor of SARS-CoV-2 sequences estimated the start of the pandemic between mid-November and early December. There are also publications suggesting SARS-CoV-2 circulation in various countries earlier than the first case in Wuhan, although these require confirmation.

The market in Wuhan, in the end, was more of an amplifying event rather than necessarily a true ground zero. So we need to look elsewhere for the viral origins.

Frozen or refrigerated food not ruled out in the spread.

Then there was the “cold chain” hypothesis. This is the idea the virus might have originated from elsewhere via the farming, catching, processing, transporting, refrigeration or freezing of food. Was that food ice cream, fish, wildlife meat? We don’t know. It’s unproven that this triggered the origin of the virus itself. But to what extent did it contribute to its spread? Again, we don’t know.

Extremely unlikely the virus escaped from a lab.

The most politically sensitive option we looked at was the virus escaping from a laboratory. We concluded this was extremely unlikely.

We visited the Wuhan Institute of Virology, which is an impressive research facility, and looks to be run well, with due regard to staff health.

We spoke to the scientists there. We heard that scientists’ blood samples, which are routinely taken and stored, were tested for signs they had been infected. No evidence of antibodies to the coronavirus was found. We looked at their biosecurity audits. No evidence.

We looked at the closest virus to SARS-CoV-2 they were working on — the virus RaTG13 — which had been detected in caves in southern China where some miners had died seven years previously.

But all the scientists had was a genetic sequence for this virus. They hadn’t managed to grow it in culture. While viruses certainly do escape from laboratories, this is rare. So, we concluded it was extremely unlikely this had happened in Wuhan.

A team of investigators.

When I say “we”, the mission was a joint exercise between the WHO and the Chinese health commission. In all, there were 17 Chinese and ten international experts, plus seven other experts and support staff from various agencies. We looked at the clinical epidemiology (how COVID-19 spread among people), the molecular epidemiology (the genetic makeup of the virus and its spread), and the role of animals and the environment.

The clinical epidemiology group alone looked at China’s records of 76,000 episodes from more than 200 institutions of anything that could have resembled COVID-19 — such as influenza-like illnesses, pneumonia and other respiratory illnesses. They found no clear evidence of substantial circulation of COVID-19 in Wuhan during the latter part of 2019 before the first case.

Our mission to China was only phase one. We are due to publish our official report in the coming weeks. Investigators will also look further afield for data, to investigate evidence the virus was circulating in Europe, for instance, earlier in 2019. Investigators will continue to test wildlife and other animals in the region for signs of the virus. And we’ll continue to learn from our experiences to improve how we investigate the next pandemic.

Irrespective of the origins of the virus, individual people with the disease are at the beginning of the epidemiology data points, sequences and numbers. The long-term physical and psychological effects — the tragedy and anxiety — will be felt in Wuhan, and elsewhere, for decades to come.