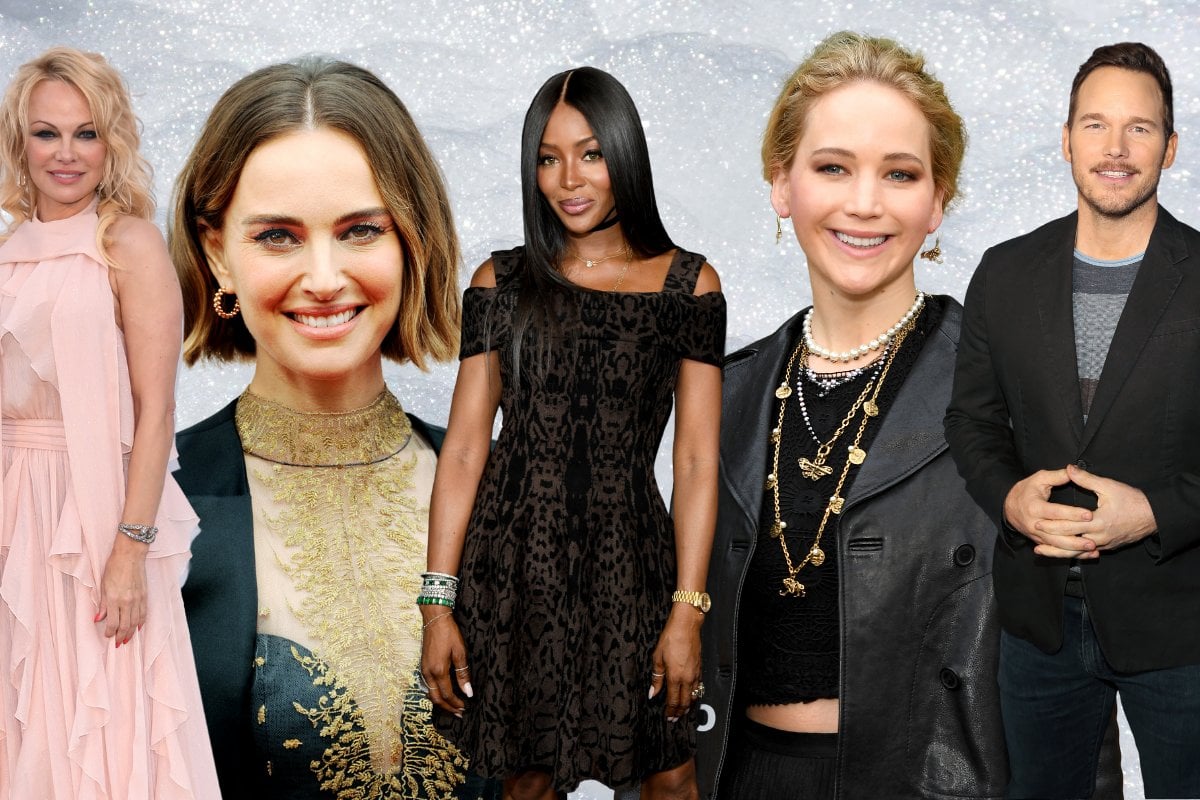 Becoming famous doesn't always happen overnight. But for some lucky celebs it can sure feel that way.

Whether they're trying to cut their teeth in the acting or modelling industries, sometimes a chance encounter or unexpected opportunity can help celebrities land the job of their dreams.

And it happens a lot more often than you might think. Celebrities of the likes of Jennifer Lawrence, Chris Pratt and Gisele Bündchen were all discovered in the most unlikely of moments.

Form a pizza shop to a friend's audition, here are 10 of the most unusual ways celebrities were discovered. 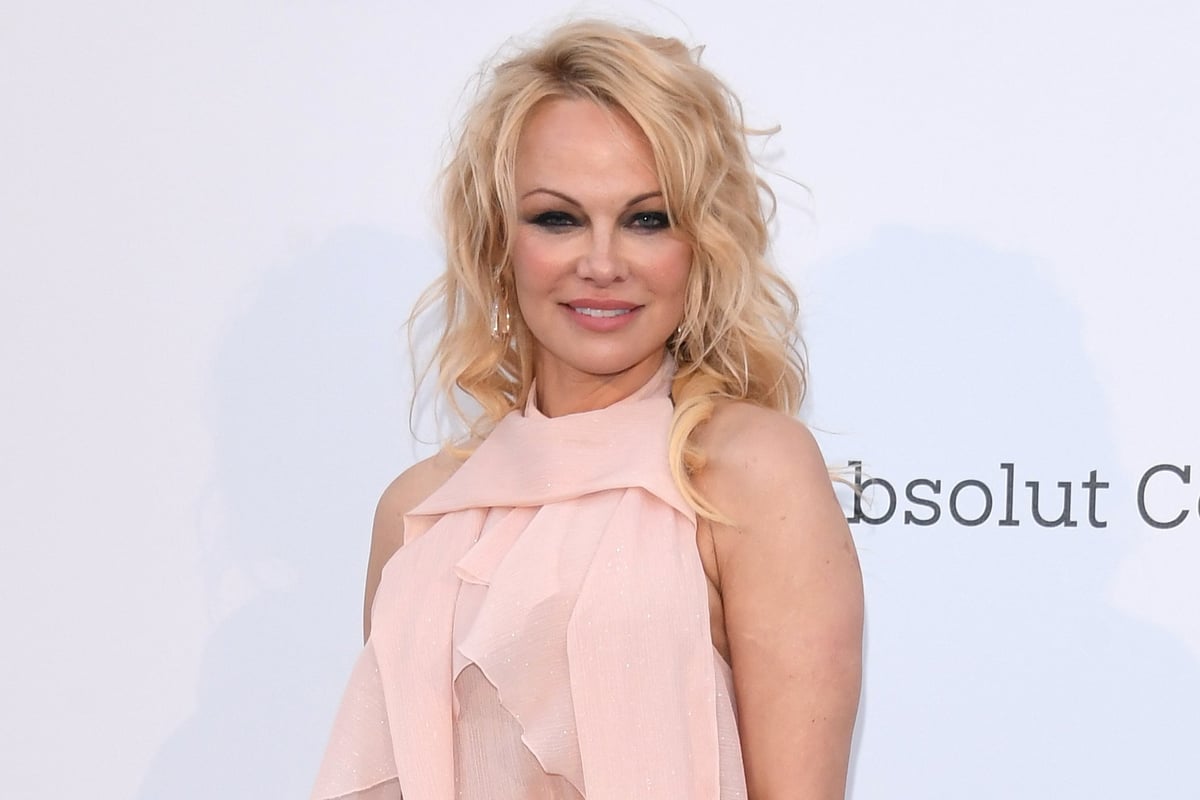 Before she graced the covers of Playboy Magazine, Pamela Anderson was discovered at a British Columbia Lions football game when she was 22.

During the game, Anderson was featured on the Jumbotron while she was wearing a Labatt’s Beer T-shirt. She ended up catching the attention of the brewing company who decided to hire her as their spokesmodel.

From there, she went on to build a successful modeling career with Playboy. 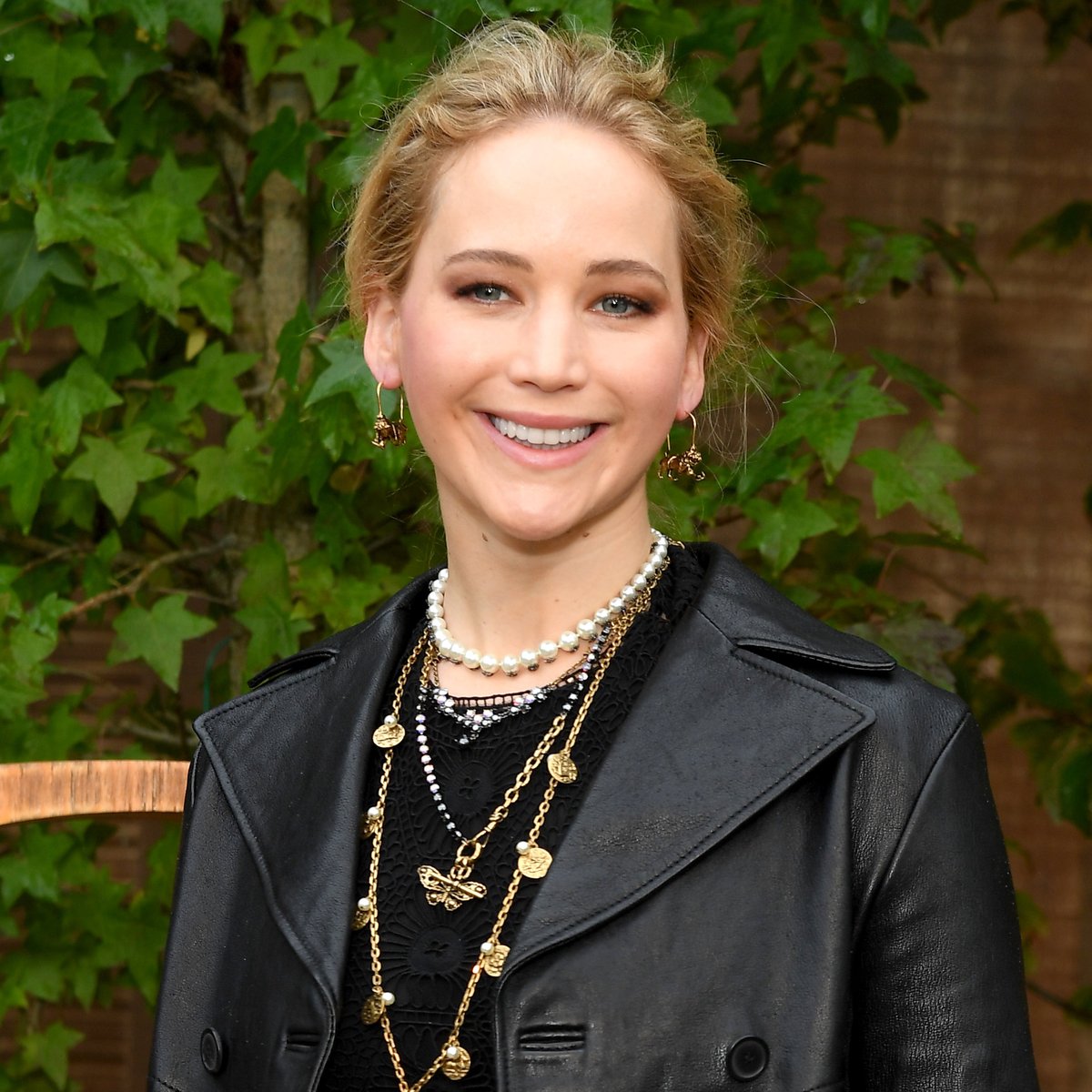 Jennifer Lawrence was 14 when she was stopped on the street by a talent agent, who asked to take a photo of her.

"I didn’t know that kind of thing was creepy," the Hunger Games actress told T: The New York Magazine.

At the time, Lawrence was visiting New York for the first time with her mother.

"I went into the agency and did a cold read for a Reese’s Peanut Butter Cup commercial. They told me it was the best cold read they’d ever seen from a 14-year-old. My mum told me they were lying." 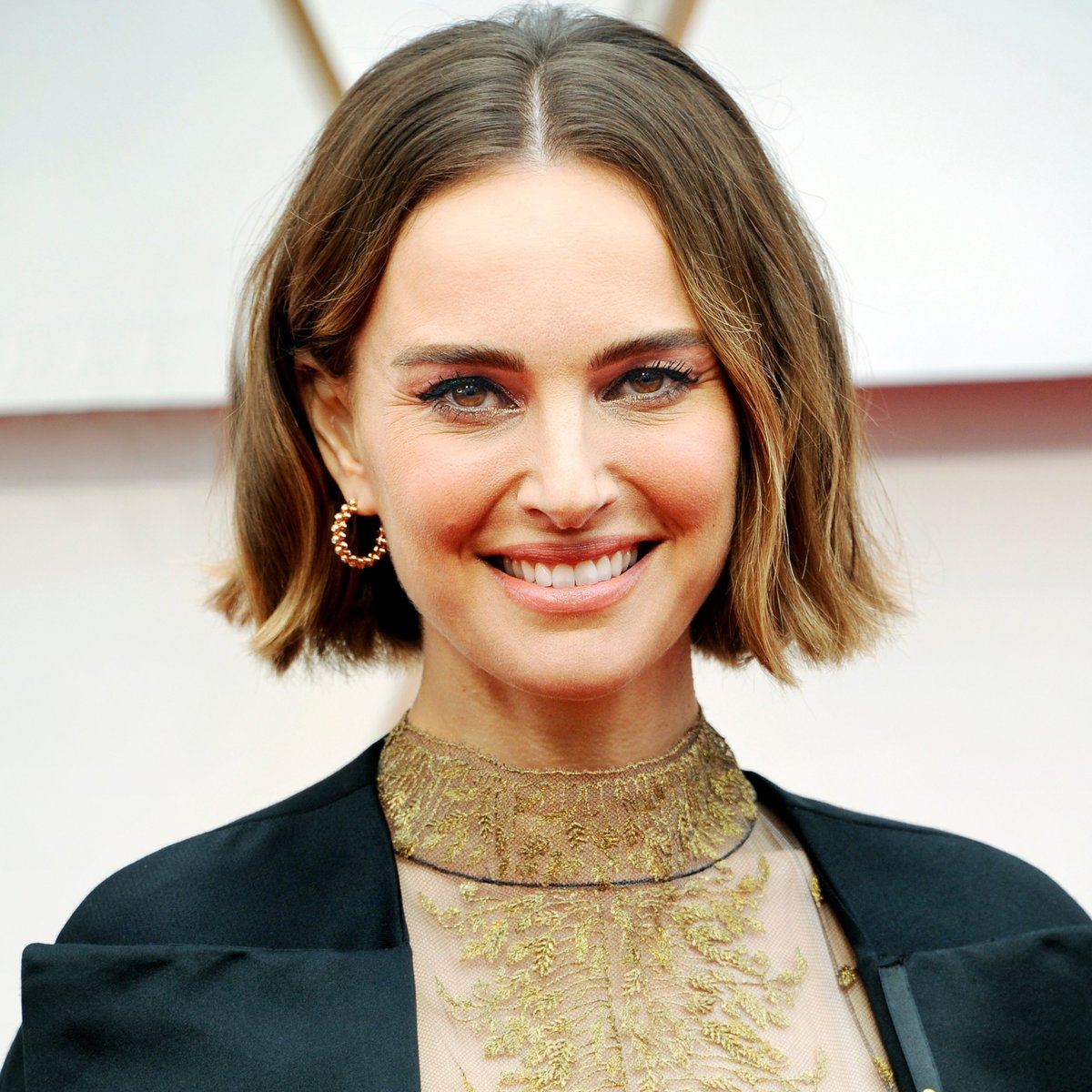 Natalie Portman was just 10 years old when she was discovered in a pizza restaurant.

"I was just at a pizza place, after dance class, with my mum," she told The Hollywood Reporter.

A recruiter for a modeling agency then asked her mother to bring her in for a meeting.

But after the meeting, Portman realised, "I'm not interested in people judging me by what my appearance is" and asked to be put in touch with the team's acting agents instead. Before long, she was auditioning "for everything". 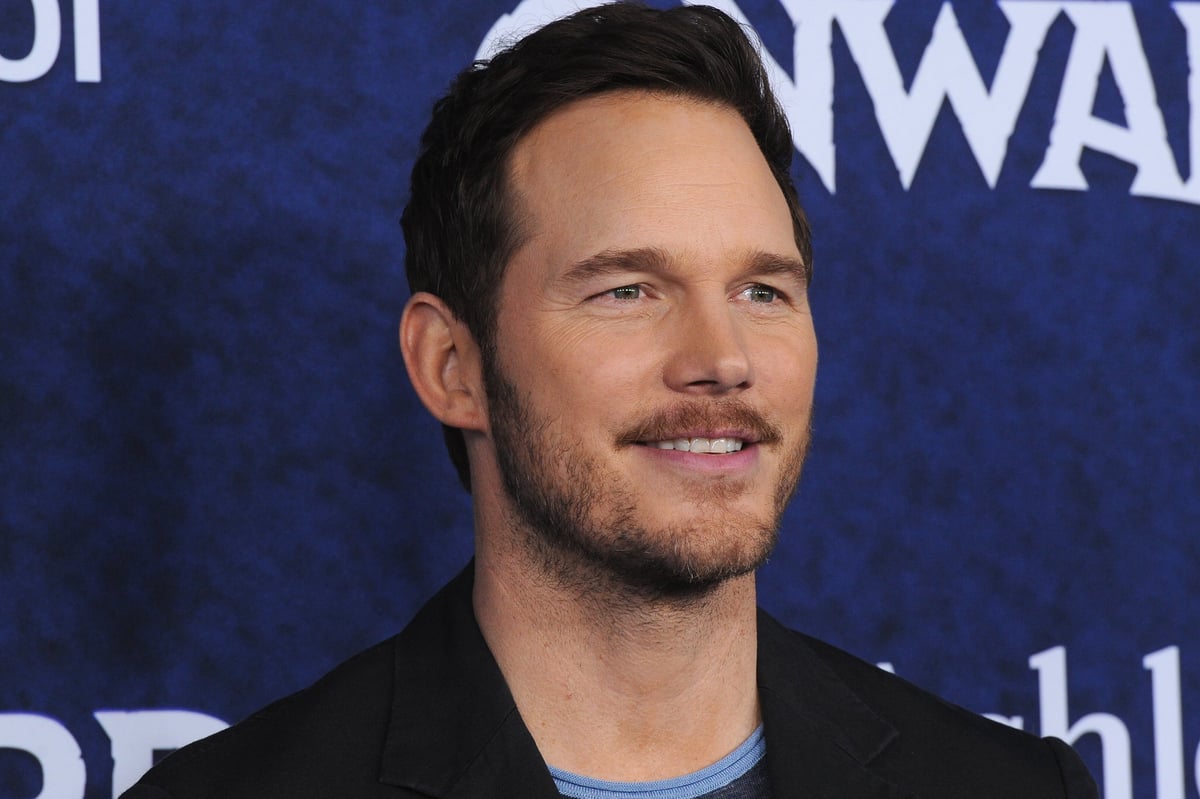 Chris Pratt was living in a van and waiting tables at the Bubba Gump Shrimp Company, when a director came up to him and helped kicked start his career.

"I have one of those strange stories that you hear about, and you think that that can't possibly be true," Pratt said on Live with Kelly and Ryan.

"The director came in and I was at my table and she said 'hey you're cute do you act?' and I was like, 'Yeah I act, you should put me in a movie'," he continued.

"Four days later I was in Los Angeles and I never went back." 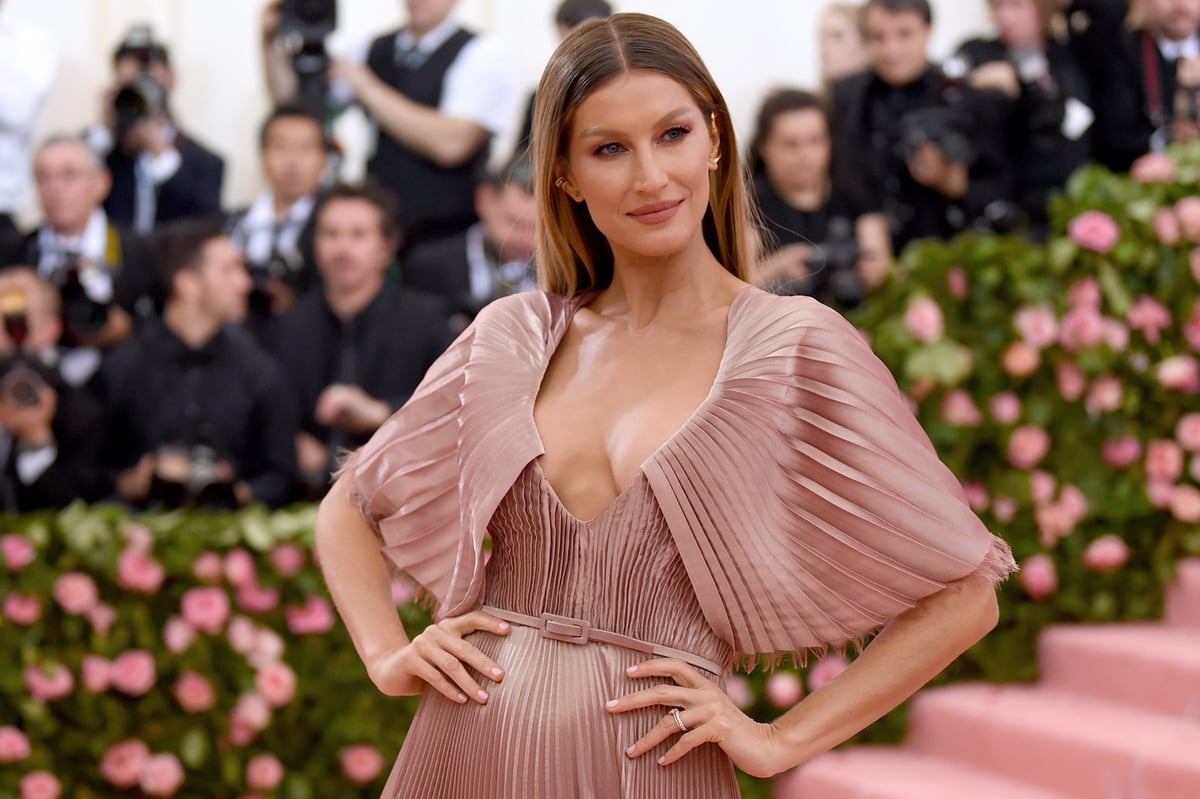 Gisele Bündchen is one of the highest-paid supermodels in the world. But modeling was never something she dreamed of growing up.

"It was just something that happened when I was 14. Being from a small town in Brazil, I never even knew modeling existed. I wanted to be a volleyball player," she told The Wall Street Journal.

Bündchen ended up being discovered as a teenager in McDonald’s when she went away on a trip for a modeling course. According to Vogue, she only signed up for the course because of the free trip to São Paulo in Brazil. A modeling agent ended up picking her out of the 55 other girls at the fast-food restaurant. 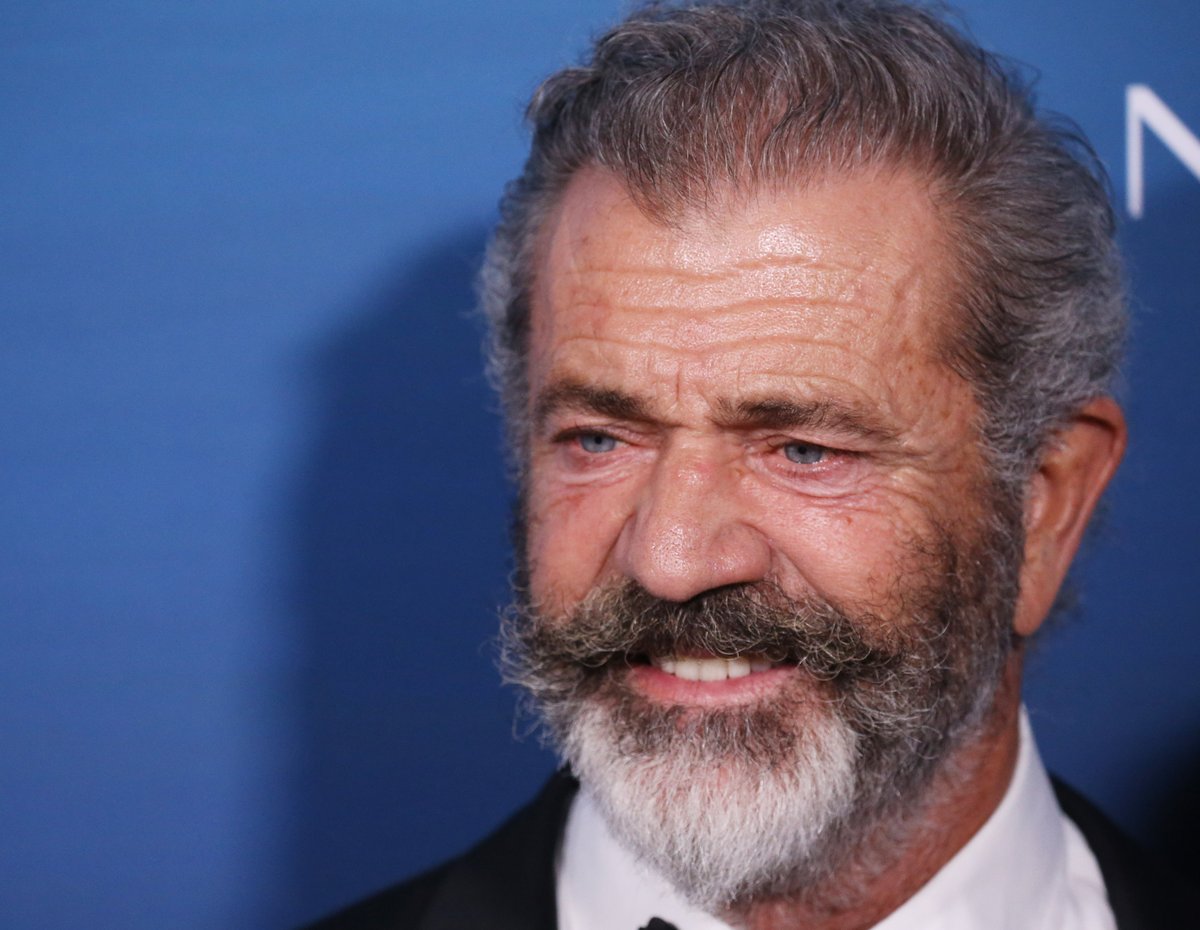 Mel Gibson landed his breakthrough role at an audition for the 1979 film Mad Max. Only he didn't go to the audition for himself.

In fact, Gibson was only there dropping off his friend. That weekend, the young actor had "got into a brawl" and "didn’t come out looking too pretty".

"I sort of took on half a rugby team, and it didn’t work out too well on my end. I was looking pretty bad," Gibson said in a clip for Scream Factory.

However, the casting agency were looking for "freaks" for the film so they ended up taking photos of Gibson and told him to come back in a couple of weeks after he healed from his bruises.

"I was a young actor and nobody had a job so I thought, 'What the hell'. That was an attraction enough. It could have been a commercial for toilet cleaner and I would have gone for it to earn a buck."

When he returned, he was offered the part right on the spot.

"It was real weird. He said, 'Can you memorise this?' and it was like two pages of dialogue with a big speech and stuff. I was like, 'Yeah, sure.' I went into the other room and just got a gist of what it was and I came out and just ad-libbed what I could remember. I guess they bought it." 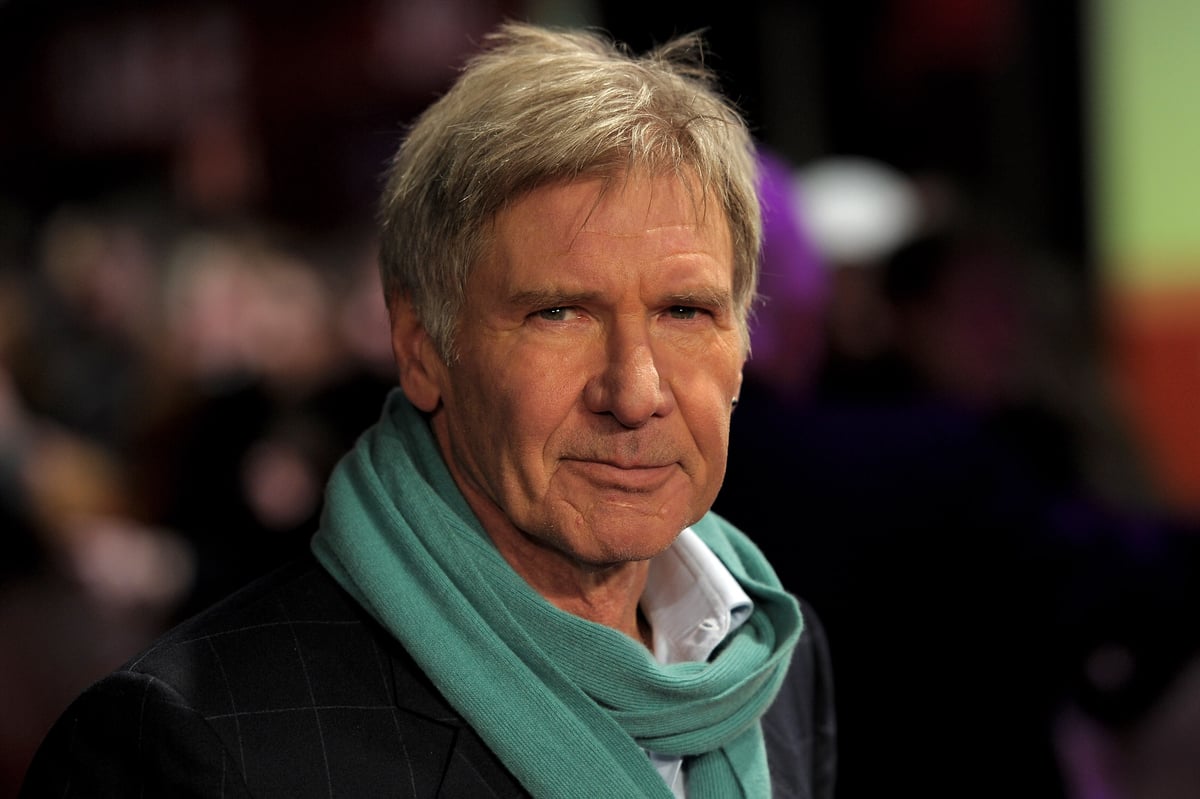 Before Star Wars, Harrison Ford was working as a carpenter while also playing roles in films like American Graffiti and The Conversation.

"My principle job at the time was carpentry," Ford said, according to Business Insider. "I had a house at the time I wanted to remodel, a bit of the wreck of a house. I’d invest money in tools but wouldn’t have money for materials, so I realised this was another way of putting food on the table."

His big break finally came when Star Wars director George Lucas began casting for the film. Ford helped Lucas as a stand in for screen tests, having already worked with the director on American Graffiti.

"I had helped George Lucas audition other actors for the principle parts, and with no expectation or indication that I might be considered for the part of Han," Ford said. "I was quite surprised when I was offered the part." 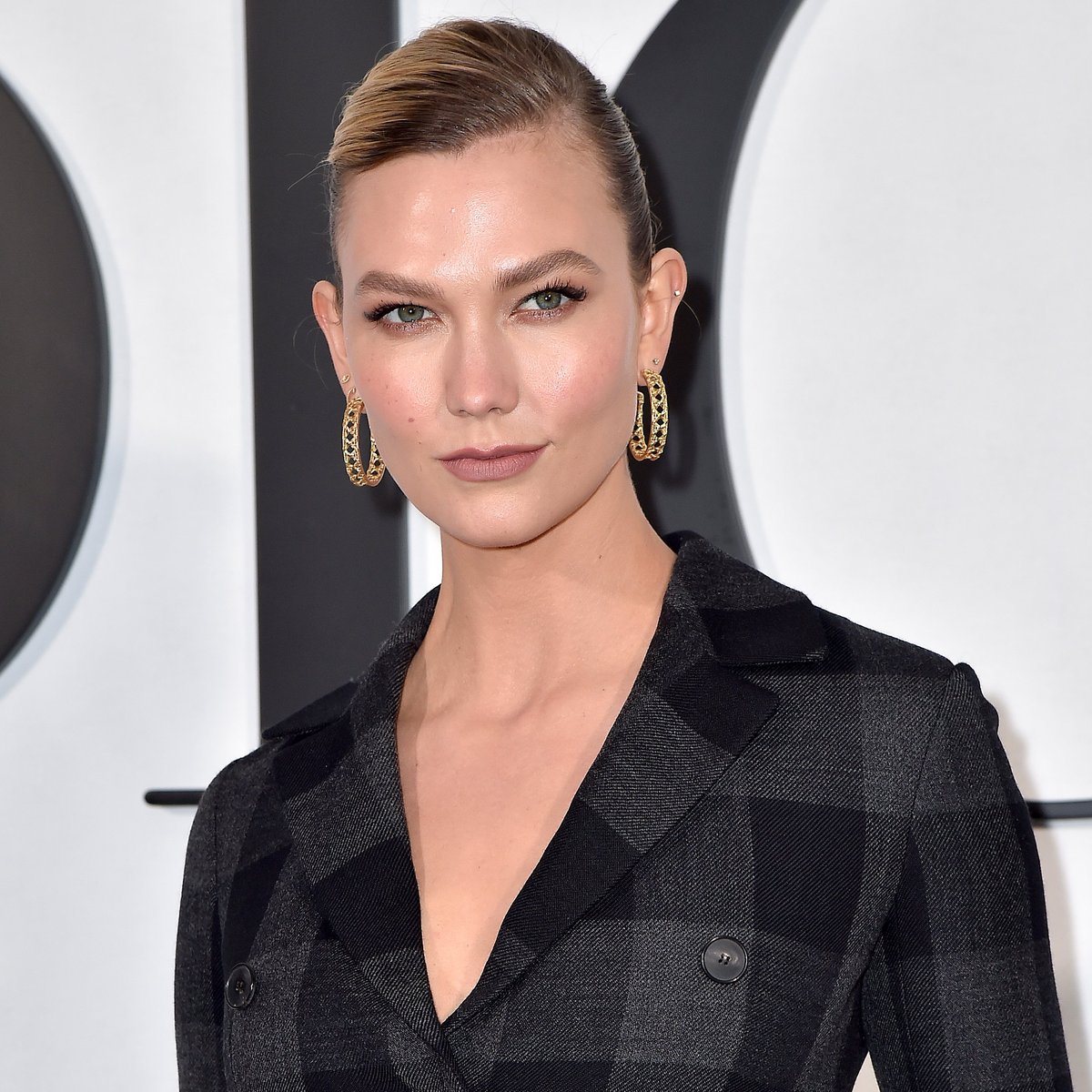 Model Karlie Kloss was scouted when she 13 at a charity fashion show in her hometown of Missouri.

"I was discovered at 13 in a mall in St. Louis. I had never been on an airplane, actually." she told CBS.

Two years later, at 15, she made her New York Fashion Week debut when she walked for Calvin Klein.

"When I walked that runway, I didn't know a single person in the audience and I was thinking, 'OK, I gotta do my chemistry homework'," she told Net-A-Porter.

"Every moment of that first trip to New York was a Cinderella experience." 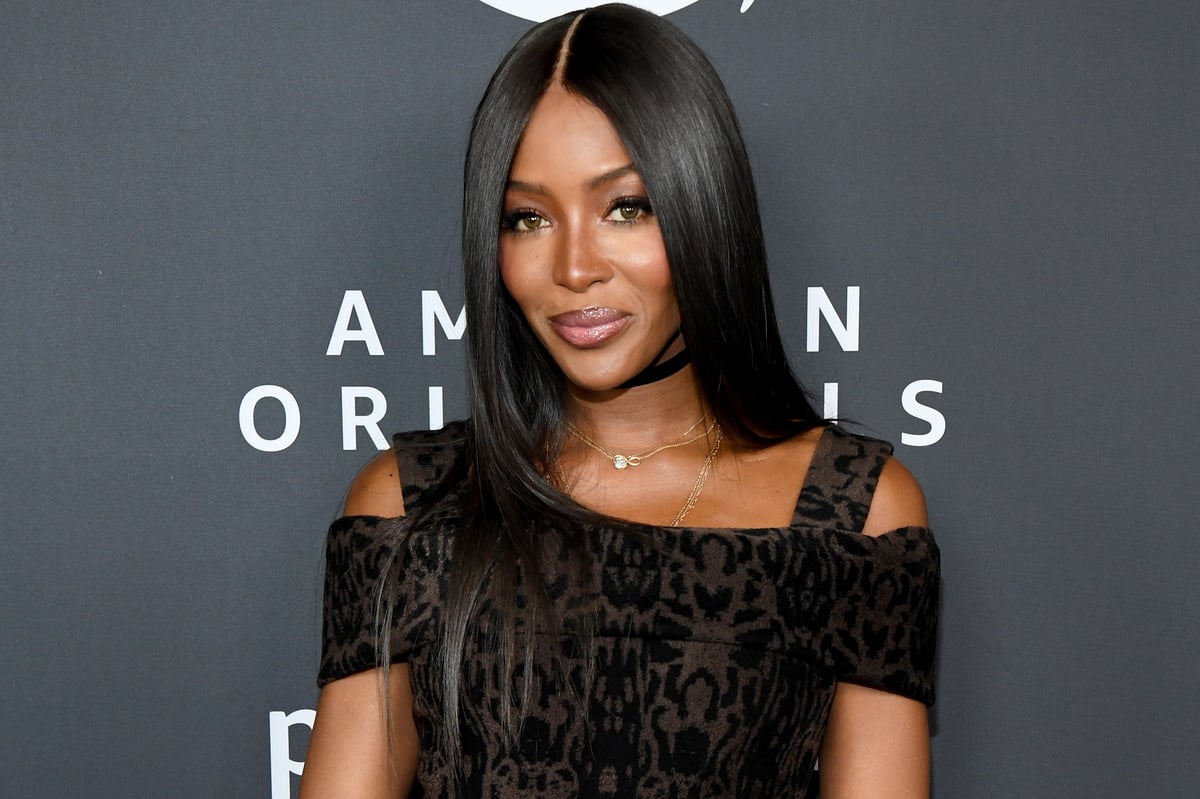 Speaking of supermodels, Naomi Campbell was randomly spotted on the streets one afternoon by Pennington Models scout.

"It was a warm April afternoon, and I was hanging out with my friends after school," she wrote in a piece for The Guardian.

"Suddenly, a woman came up to me and asked if I’d ever thought of modelling. It was Beth Boldt, head of the Synchro agency. My immediate reaction was surprise and excitement. But when I told my mum, she wasn’t into the idea at all... my mum wanted me to stay on at school and finish my exams."

A few weeks later, Campbell decided to go see Boldt by herself.

"On my first visit, she parted my hair in the middle, did my makeup and took me up on the roof in my school uniform to take a few black-and-white pictures. Eventually, Mum decided I could model, so long as it didn’t interfere with my school work or exams." 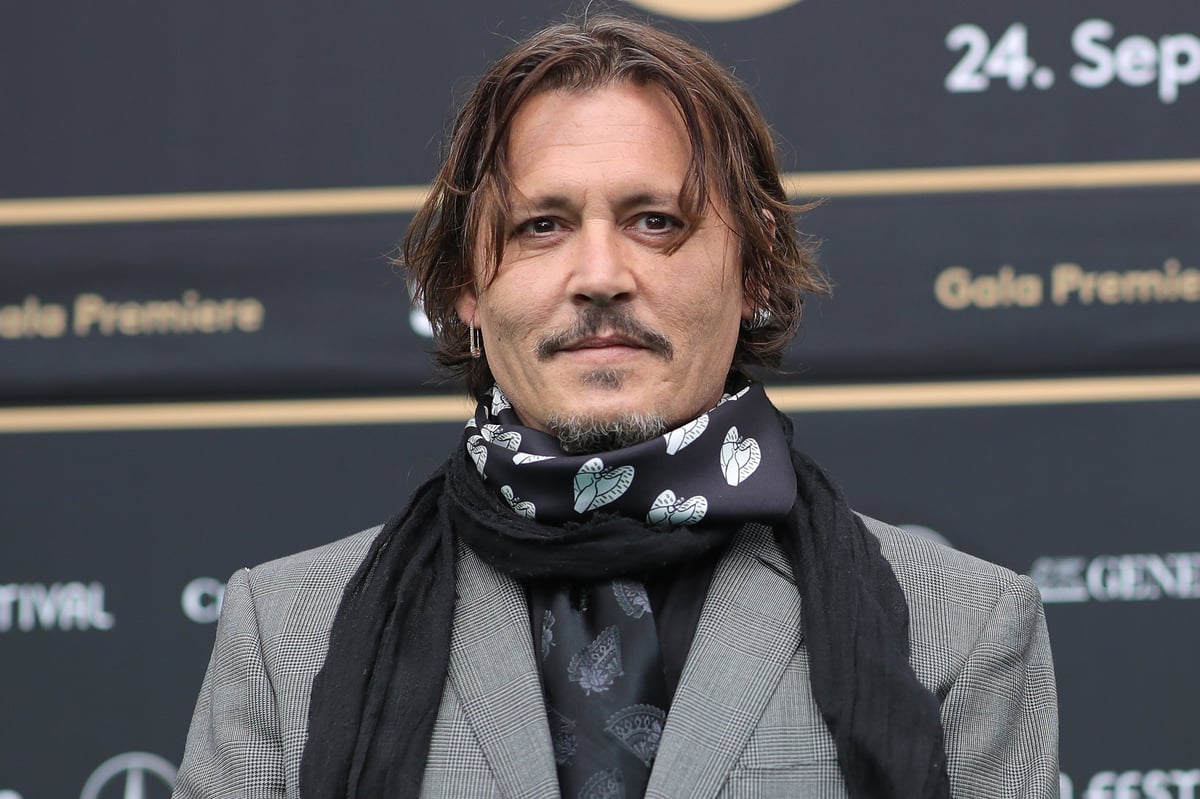 Johnny Depp's story proves that sometimes it's not what you know, it's who you know.

The Pirates of the Caribbean star ended up landing his role on A Nightmare on Elm Street with a little help from his actor friend Nicolas Cage.

"I was living in an old building in Hollywood called the Fontenoy, and I think I ultimately rented the apartment to Johnny, and he started living there," Cage told the New York Times.

"[Depp] was at the point in his career where he was selling pens or something to get by," he explained.

"But anyway, we were good friends, and we would play Monopoly, and he was winning a game, and I was watching him and I said, 'Why don't you just try acting?'"

But Depp was hesitant.

"She sent him out on his first audition, which was 'A Nightmare on Elm Street... He got the part that day."