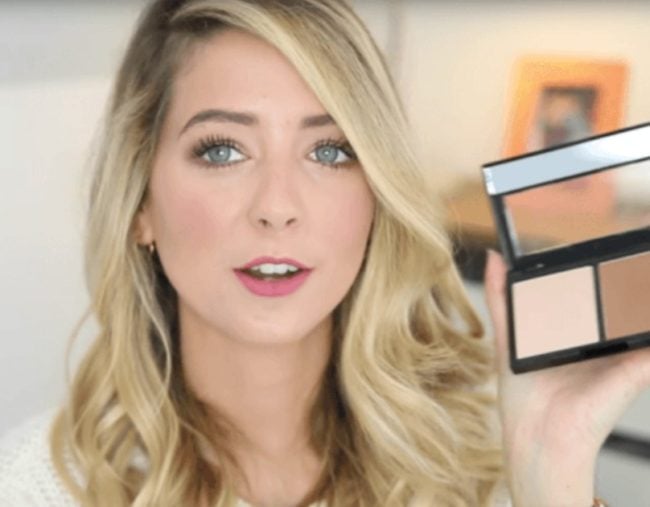 Last September, comedian Amy Schumer posted pictures of the covers of two US magazines – Girls’ Life and Boys’ Life – on Instagram with the caption “No.”

The girls’ magazine featured stories about fashion and hair. The boys’, headlined Explore Your Future, was full of interesting things to do. The post went viral. “Wow. @amyschumer I second that emotion,” responded actress Blake Lively. “Ladies, let’s not let this happen anymore …”

The pressure for girls to focus on how they look or fashion themselves after adults has been much discussed. Most of this, however, has focused on “traditional” forms of media – books, magazines, TV shows – but this does not accurately depict the changing mediascapes of girls’ lives, in particular, the growing significance of YouTube.

YouTube has attained a global watch time of over 500 million hours daily. Growing by 60% each year, it is prevalent in many young people’s everyday lives. But how do YouTubers typically construct and celebrate what it means to be a girl? In 2014, there were at least 45,000 YouTube channels that featured beauty-related content. In June 2016, there were more than 5.3 million videos that capitalise on the female appearance on YouTube.

Haul videos are one of the most popular genres uploaded by young female YouTubers. In haul videos, YouTubers typically introduce and describe the products that they have purchased, after each shopping trip.

Popular American YouTuber Bethany Mota (MacBarbie07) first uploaded videos about the fashion purchases from her shopping trips back in 2009, which saw her subscribers on YouTube grow exponentially. She reportedly earns around half a million dollars a year from YouTube, just by shopping and filming what she buys.

British YouTuber Zoe Sugg (Zoella) – who has over 11 million subscribers – also regularly updates her female fans on where she shops. The labels mentioned include ASOS, Topshop and H&M. According to Vogue, Sugg has become one of the biggest fashion influencers, with more than 950 million casual views today on her channel.

Besides videos on fashion, there is a growing community of YouTubers dedicated to generating beauty and makeup content. These videos range from step-by-step tutorials teaching girls how to apply makeup to sharing their everyday beauty routines.

Christine’s (TessChristine) morning routine video, for instance, features herself getting out of bed, shaving her legs and applying makeup, checking social media and wearing high heels before she steps out of the house on a “casual day out”.

YouTuber AlishaMarie also has a following on her “How to Look HOT” series. “How to look HOT for Back to School” is one of her most viewed videos, with over 4 million views.

It is worth noting that videos of fashion and beauty on YouTube are not specifically produced for girls. In fact, videos on makeup and dress constitute a significantly different “genre” from what girls have traditionally been allowed to watch (for example teen/tween sitcoms on the Disney Channel).

However, with their DIY approach and instructions on how girls should be acting or dressing, such videos have become legitimate and ready sources of information.

It is also common for beauty YouTubers to provide lists of products in the information section of their videos. But how independent are these recommendations? Are some YouTubers actually sponsored, but presenting products as something they have bought because it is “quintessential” or “useful” to have them “as a girl”?

There are, of course, YouTubers who create alternative content. Top Asian Australian YouTuber Wengie, for example, strikes more of a middle ground, with videos that address goals, health and personal growth for girls.

There are also other Western young female YouTubers who use humour and satire to challenge ideas of popular femininity. Top Canadian YouTuber Lilly Singh’s viral video “How To Make a Sandwich” is a retaliation against the sexist comments that she receives on her channel, telling her that “women aren’t funny” and that they should be in the kitchen “making sandwiches”.

Miranda Sings – who has 7 million subscribers – similarly puts on monstrous makeup to perform parody music videos, which have little or no relation to being conventionally pretty.

A growing community of male YouTubers like Pewdiepie, NigaHiga and Casey Neistat have also achieved high levels of popularity with the support of fan girls.

Nonetheless, those concerned about our culture’s obsession with girls’ appearances should be paying more attention to this community of YouTubers. Girls’ consumption of videos on YouTube should not be considered as a teenage fad, especially with YouTubers’ influence on young people surpassing celebrities on traditional mainstream media.

In fact, celebrities today are also increasingly shifting their focus to YouTube, in order to compete with YouTubers for a share of this market.