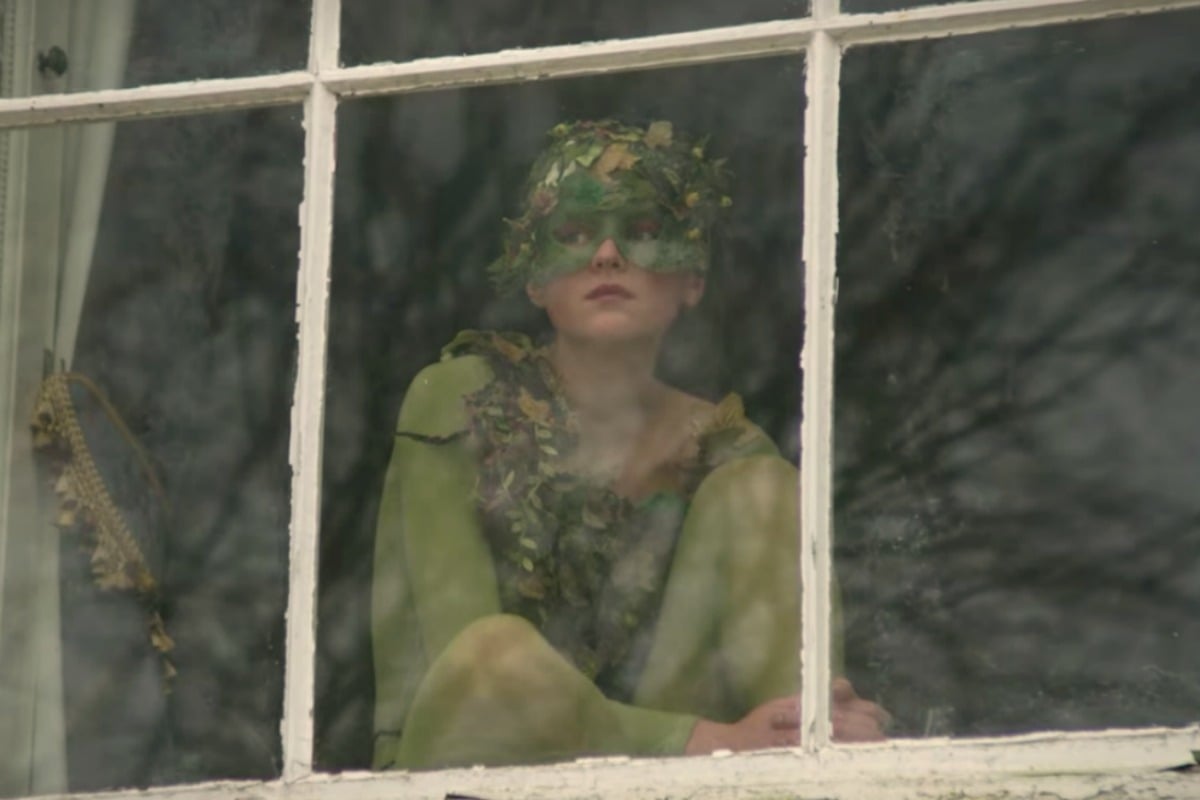 It’s been just over a week since Netflix graced us with their fourth season of The Crown.

And if you’re anything like me (and accidently binge watched the entire season) then you’ve probably found yourself down a royal rabbit hole, watching old Diana interviews and researching if the show is 100 per cent accurate (spoiler: it isn't).

While the show’s ten episodes follow the real-life events of the royal family between 1977 and 1990 - including Lord Mountbatten assassination by the IRA and Margaret Thatcher's time as Prime Minister - some of the storylines don't exactly match the history books.

Understandably, the writers took up some creative freedom when creating the fictional drama and added their own spin to royal history.

From Princess Diana and Prince Charles' first meeting to Princess Margaret's discovery of her cousins, here are four things The Crown got very wrong this season.

How the royal family found out about the Bowes-Lyon cousins. 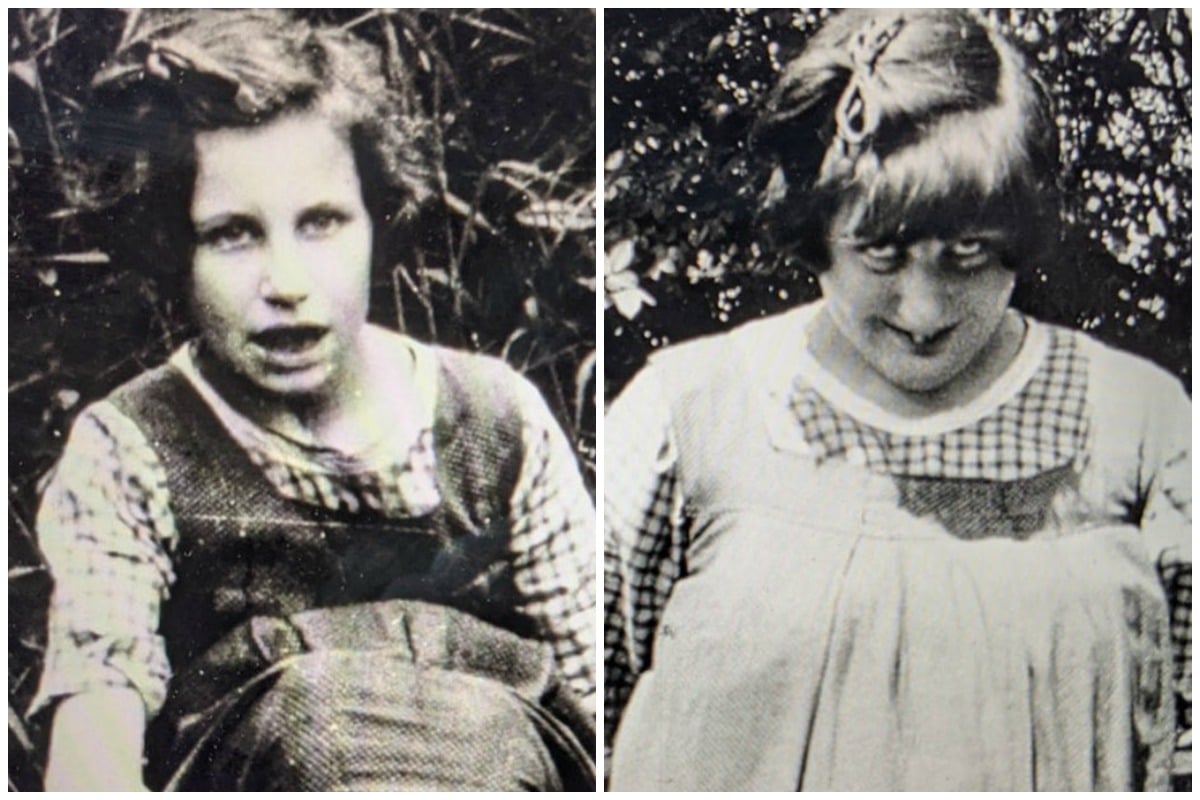 In The Crown, we watch as Princess Margaret uncovers the harrowing truth about her cousins Nerissa and Katherine Bowes-Lyon. Sisters Nerissa and Katherine had severe learning disabilities and were just two of the five cousins sent to a mental hospital in 1941. The royal family then falsely declared them dead.

After discovering the fate of her cousins, Margaret confronted the Queen Mother who admitted to knowing the truth about her nieces and claimed that the girls had to be institutionalised to protect the public perception of the royal family’s bloodline as “pure”.

But in reality, Princess Margaret wasn't the one who discovered the truth about the Bowes-Lyon's. It was actually the press who broke the news.

On April 6, 1987, The Sun shared the story with the headline: “QUEEN’S COUSIN LOCKED IN MADHOUSE”.

The report explained that when Katherine was 15 and Nerissa was 22, they were sent to the Royal Earlswood mental hospital, not only away from the prying eyes of the public but also cut off from communication with members of the royal family.

According to a 1987 Maclean’s report, the Queen Mother knew of the sisters' location in 1982.

"She is the patron of the Royal Society for Mentally Handicapped Children and Adults. After she became aware of their existence she sent them a cheque which was used to buy candy and toys. But she did not, it seems, choose to set the record straight with the royal chroniclers," the report stated.

It’s also understood the sisters had basically no contact with their royal family members.

A 2011 television documentary on the sisters revealed that "throughout their time at the hospital, there is no known record that the sisters were ever visited by any member of the Bowes-Lyon or royal families, despite their aunt, the Queen Mother, being a Patron of MENCAP [a charity for people with a learning disability]". 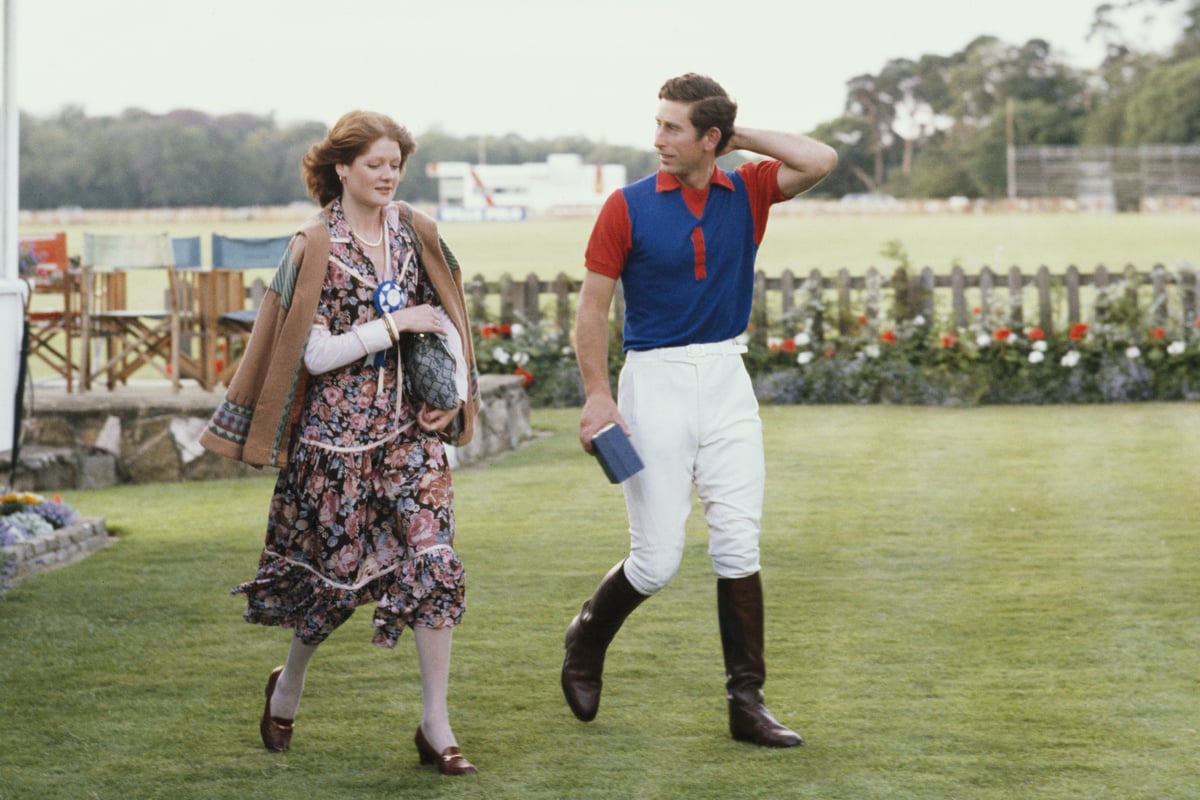 We're sorry to ruin the love story, but the first meeting between Princess Diana and Prince Charles wasn't exactly how it played out on screen.

In the show, the couple met in the Spencer House, Althorp, when Charles was visiting Diana's older sister, Lady Sarah Spencer, who he was dating at the time. We watch as a young Diana crosses paths with the prince while dressed like a wood sprite for a school play.

But in real life, there were no costumes involved.

Diana actually met Charles in a ploughed field during a grouse hunt at Althorp in November 1977.  At the time, the 29-year-old prince was taken back by the 16-year-old.

"I remember thinking what a very jolly and amusing and attractive 16-year-old she was. I mean, great fun, and bouncy and full of life and everything," he said during their engagement interview in 1981.

Diana later recalled in the documentary Diana: In Her Own Words, that Charles would follow her "around like a puppy" at first.

"We were talking about Mountbatten and I said, 'You must be so lonely,'" she said in the documentary.

"I said, 'It’s pathetic watching you walking up the aisle with Mountbatten’s coffin in front, ghastly, you need someone beside you.' He was all over me for the rest of the evening, following me around like a puppy." 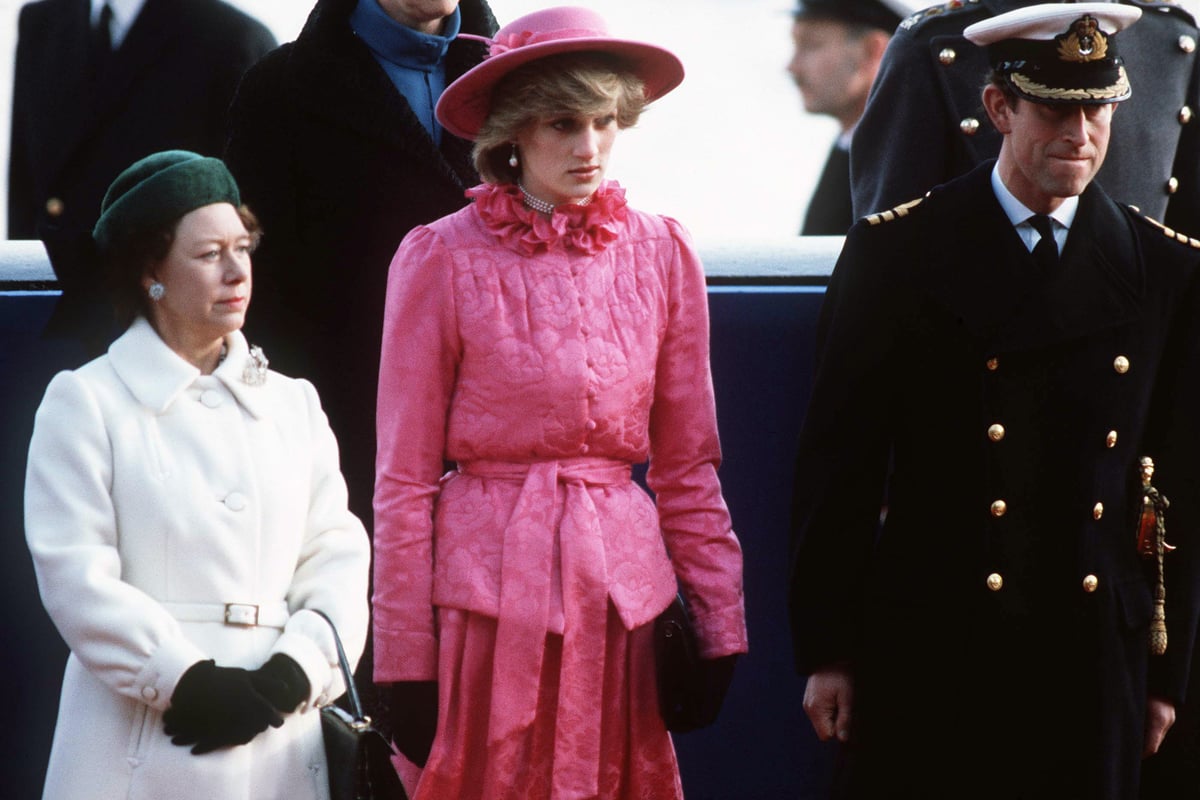 In The Crown, Princess Margaret tries to convince the royal family to call off Charles and Diana's wedding because Charles is quite clearly in love with someone else.

"How many times can this family make the same mistake? Forbidding marriages that should be allowed, forcing others that shouldn’t… We can stop them now, before they tie the knot… We have to stop them now," she says in the show.

But in actual fact, actress Helena Bonham Carter, who plays the princess, was the one who came up with the idea of objecting to the wedding.

"I like to credit myself with an idea. I said, 'Hang on, I'm not really part of this.' They all looked at me," she said during a press conference, according to PEOPLE.

"Maybe I've totally imagined this, but I said, 'Well, I'm not going to be encouraging an interference with a marriage when — back when I was Vanessa Kirby back in season one — my whole life was destroyed by my sister interfering with a marriage.'"

Michael Fagan's chat with the Queen. 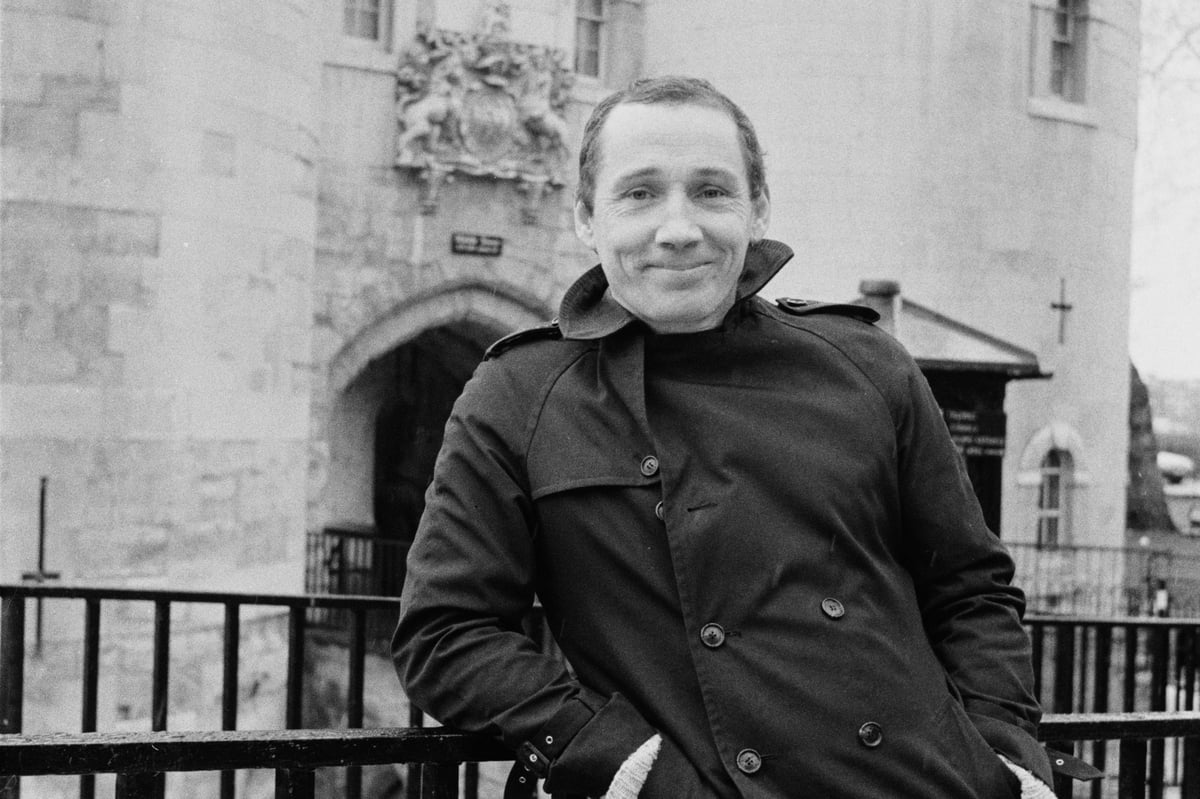 In the show's fifth episode, a man by the name of Michael Fagan breaks into Buckingham Palace to speak to the Queen about his grievances with Margaret Thatcher's policies.

While Fagan really did break into the queen's bedroom, he didn't have a particular reason for doing so.

"I don't know why I did it, something just got into my head," he told The Independent in February 2012.

In the account released at the time, it was stated that the Queen contacted the palace switchboard twice, and maintained a conversation with Fagan.

But Fagan said the Queen actually ran from her room as soon as she saw him.

Eventually, the Queen’s footman, Paul Whybrew, returned from walking the corgis. Two policeman then arrived and Fagan was arrested.

Read more: The morning Queen Elizabeth II woke up to a man, covered in blood, standing over her bed.