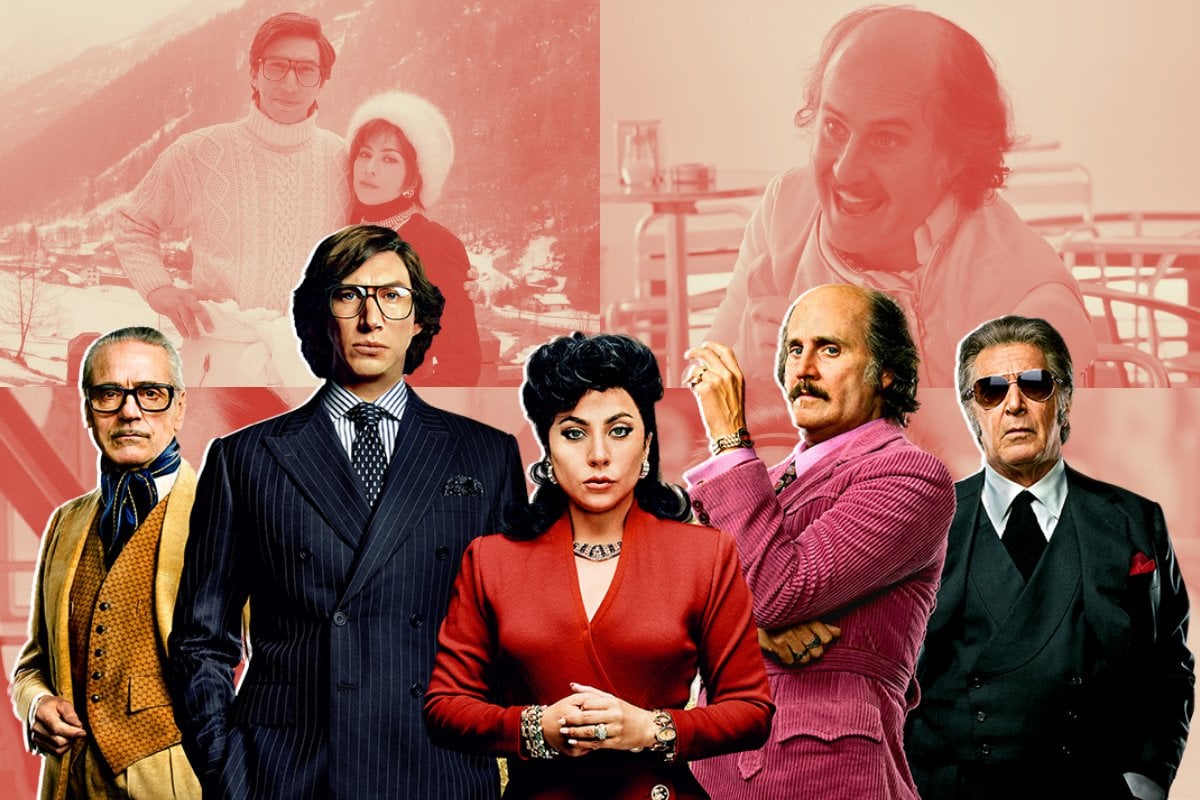 For months now, Lady Gaga has been sharing details of the intense ways she got into character to play 'black widow' Patrizia Reggiani in the highly anticipated House of Gucci.

The biopic is about the murder of Maurizio Gucci, the grandson of fashion house founder, Guccio Gucci. The murder was orchestrated by his ex-wife, Patrizia, who was later convicted of arranging his assassination in 1998. She was referred to across Italy as the 'Black Widow'.

Gaga said she lived like Patrizia for more than a year, even going so far as to speak with an Italian accent for nine entire months. Sounds... exhausting.

But while Australian audiences will have to wait until New Year's Day to see the accent in action, we can compare the visuals of the film's characters vs. the real-life people they are playing.

The Gucci family have been outspoken about their distaste for the film:

"Although the film claims to tell the 'true story' of the family, the narrative is anything but accurate, depicting Aldo Gucci — president of the company for 30 years — and other members of the Gucci family who were the protagonists of well-documented events, as hooligans, ignorant and insensitive to the world around them," the family said in a statement.

"Even more censurable is the baffling reconstruction of events that advocate leniency toward a woman who was definitively convicted as the instigator of Maurizio Gucci's murder. To see her portrayed as a victim — not only in the film but also in statements by the cast — who is trying to survive in a male-dominated corporate culture, is an injustice and could not be further from the truth."

Below we run through the House of Gucci cast in character, and compare them to their real-life counterparts. 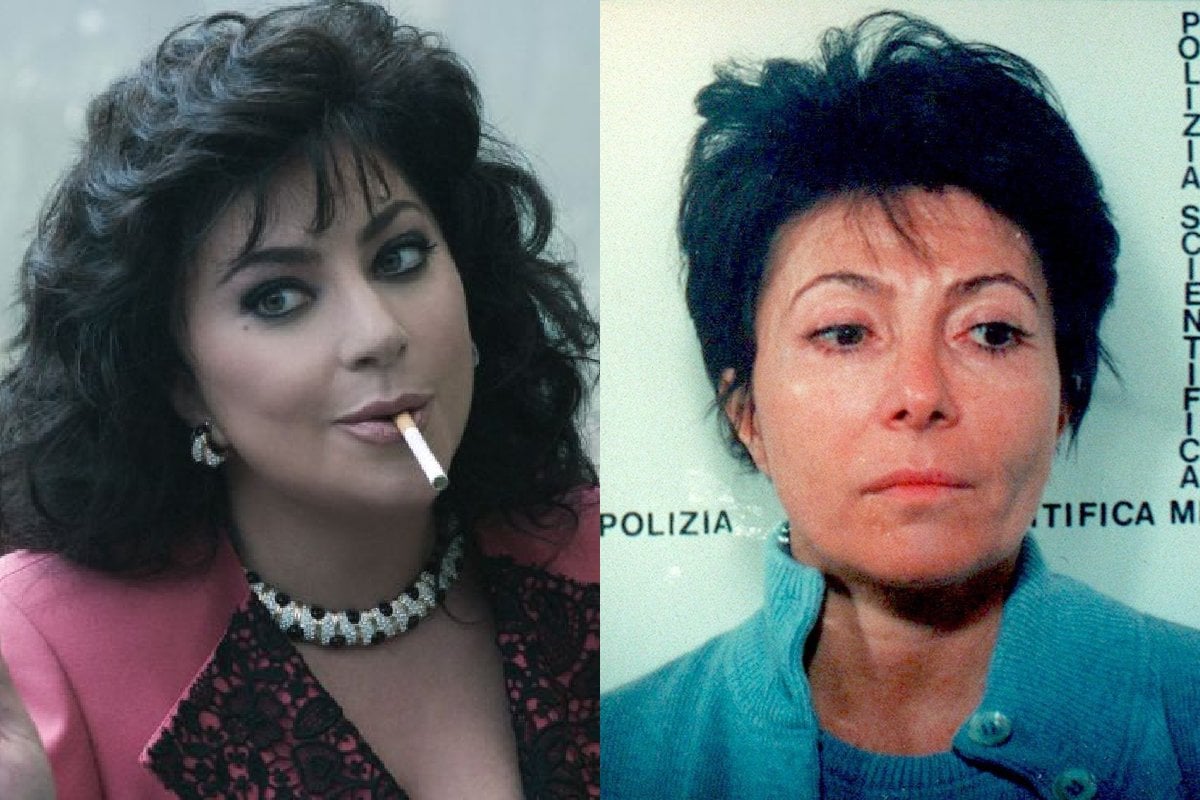 Gaga plays Patrizia, a woman who grew up poor and married into the Gucci family in 1972.

In 1985, Maurizio Gucci told his wife he was going on a short business trip to Florence but the following day, he sent a friend to tell Patrizia he would not be returning and that the marriage was over.

He was murdered in 1995, and two years later Patrizia was arrested for having arranged it.

She was released from prison in 2016, after 18 years inside.

The real-life Patrizia said she was "annoyed" that Gaga had not reached out to her before playing her in the movie.

"I'm annoyed by the fact that Lady Gaga is portraying me in the new Ridley Scott film without even having the courtesy or the good sense to come and meet me," Reggiani told Italian national news agency Ansa.

"I believe that any good actor should first get to know the person that they are meant to be playing," Reggiani said, adding, "I think it is not right that I wasn't contacted. And I say this with all the sympathy and appreciation that I have for her." 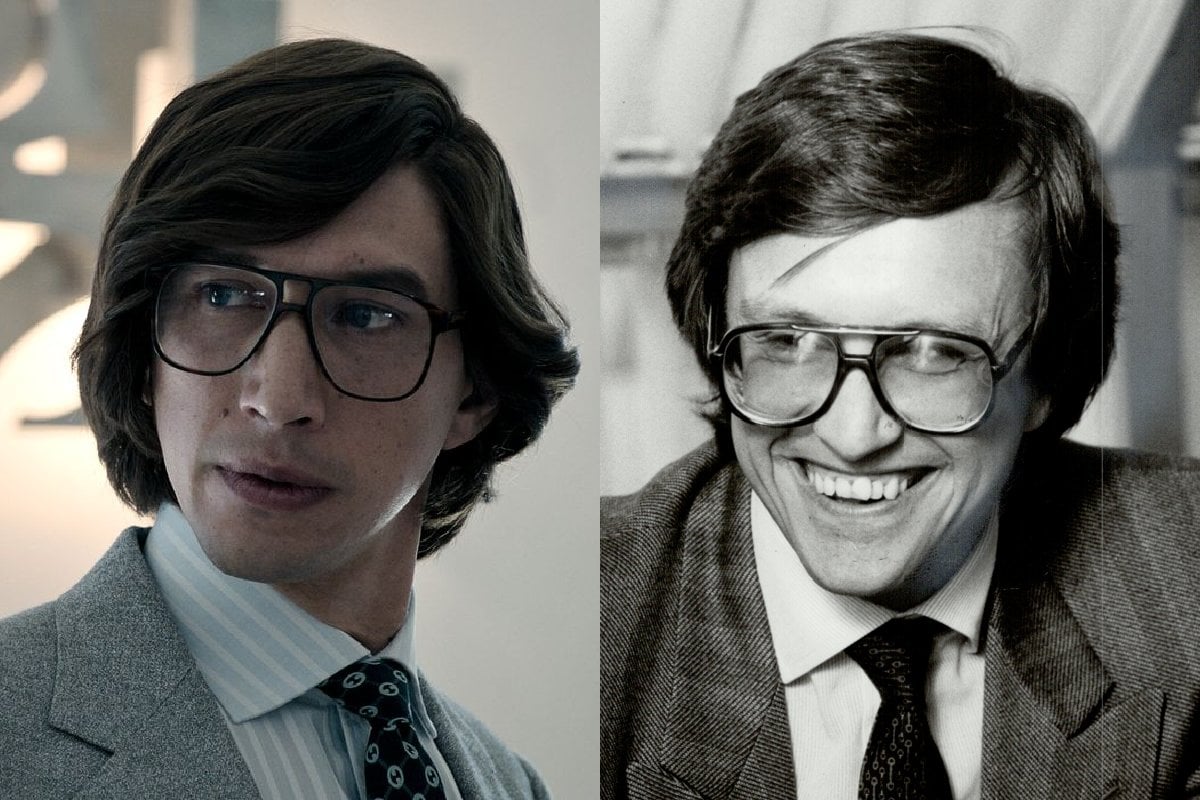 Adam Driver plays Patrizia's ex-husband Maurizio Gucci, whose murder is the central plot of the film.

Maurizio was shot on March 27,1995, by a hired hitman outside his office as he arrived at work.

Driver told i-D about his process of playing a real person: "When playing someone real, I’ve realised before you’ve got to focus on the things that capture your imagination and discard the things that get in your way. That means any kind of expectation," he explained.

"You have to have a barometer of what you and the director feel is right. Maybe halfway through filming, you kind of know the character better than anybody else does, because you’re living inside it for a certain time, and you have to own your decisions." 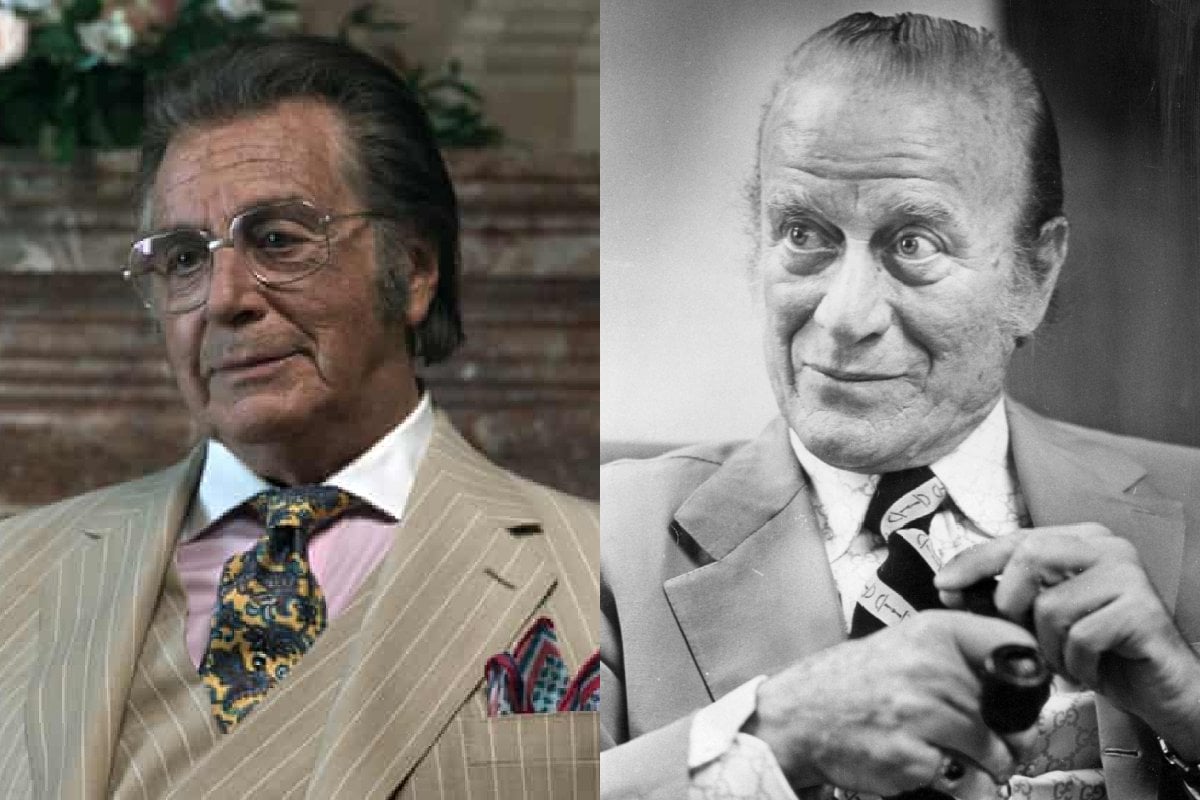 "My grandfather was a very handsome man, like all the Guccis, and very tall, blue eyes and very elegant," Patrizia Gucci (a second cousin of Maurizio, and definitely not his ex-wife - I know, it's... confusing) told AP.

"He is being played by Al Pacino, who is not very tall already, and this photo shows him as fat, short, with sideburns, really ugly. Shameful, because he doesn't resemble him at all." 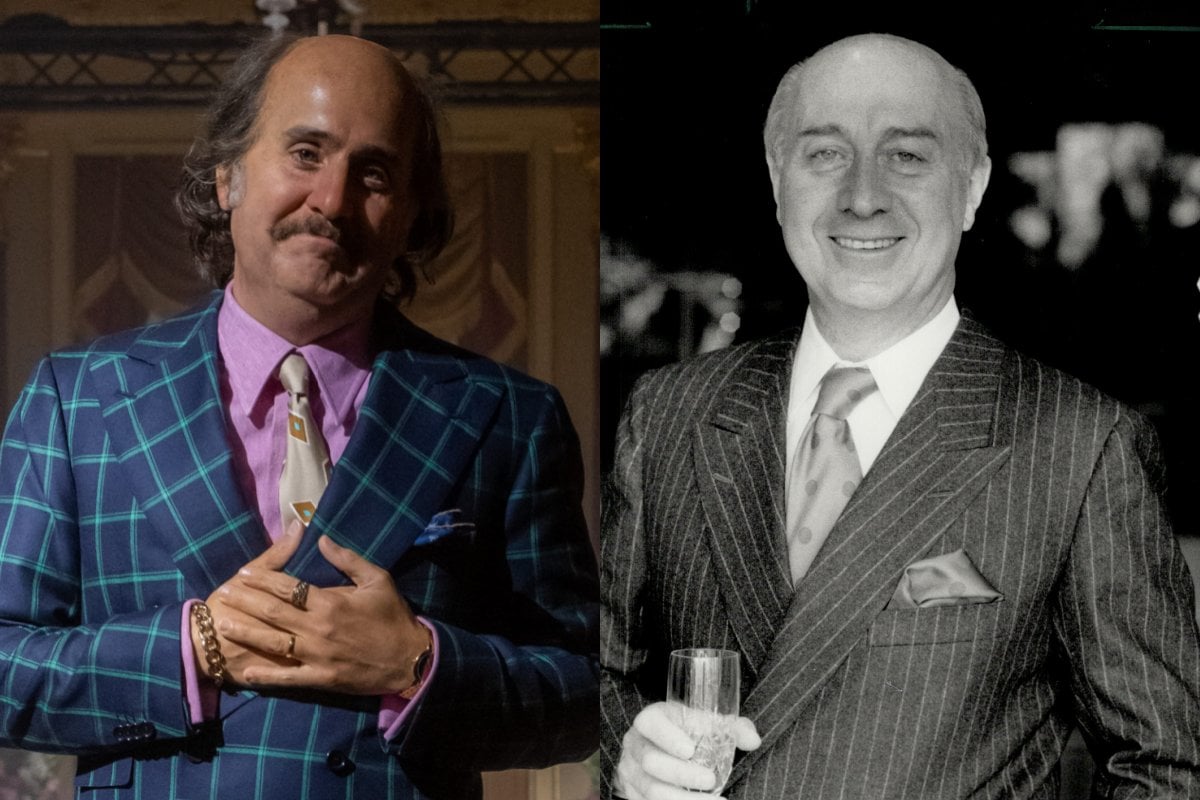 Jared Leto is practically unrecognisable in prosthetics, as he stars as Aldo's son and Maurizio's cousin, Paolo Gucci.

Maurizio's cousin Patrizia was also offended by this interpretation of her father.

She called out Leto's appearance, especially his "unkempt hair and a lilac corduroy suit" as "horrible, horrible... I still feel offended." 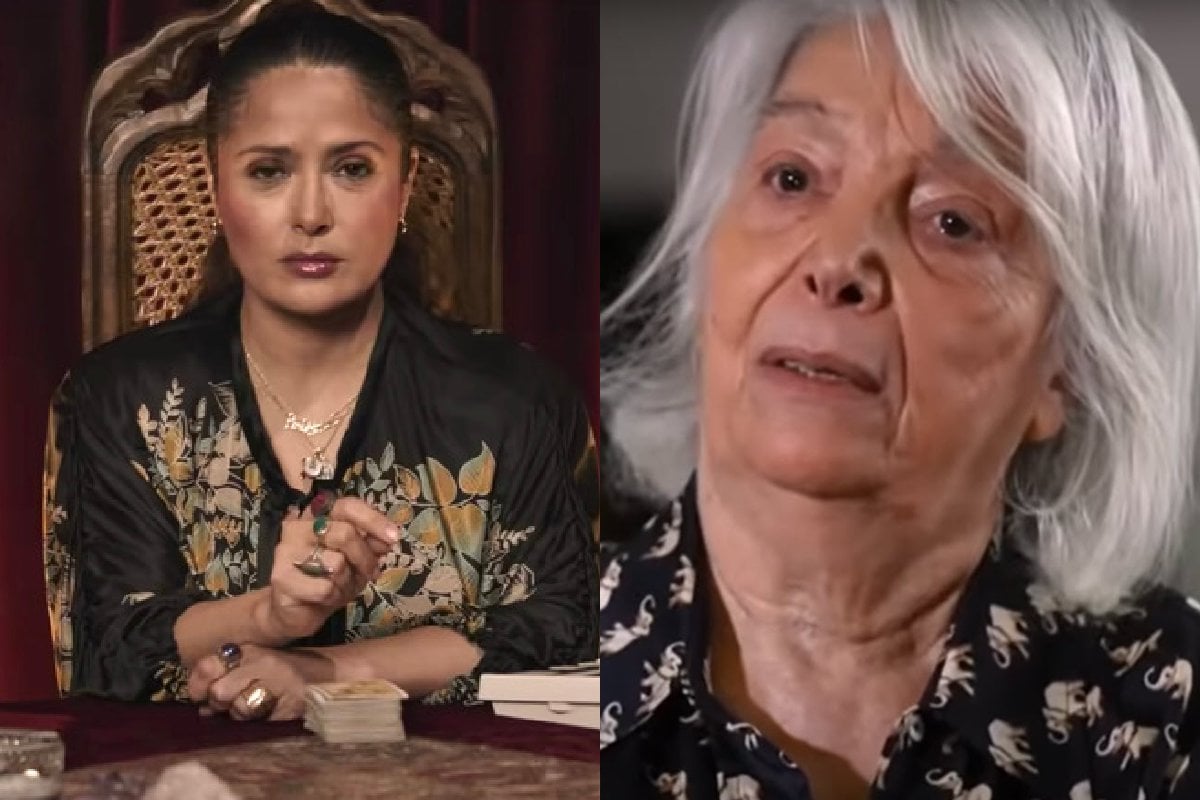 Salma Hayek plays Giuseppina "Pina" Auriemma, a 'high society psychic' and ex-friend of Patrizia who moved in with her to write a book about her relationship with Maurizio.

However, she later admitted to helping Patrizia hire a killer and turned on her friend. She was sentenced to 25 years and served 13 before being released in 2010 for good behaviour.

"Something snapped in [Patrizia]. Maybe it was a blow to her narcissism," Pina said in 2020 documentary Lady Gucci, referring to Maurizio moving on with another woman. "She'd asked all of Milan to find a murderer. Nobody took her seriously. I was the only fool." 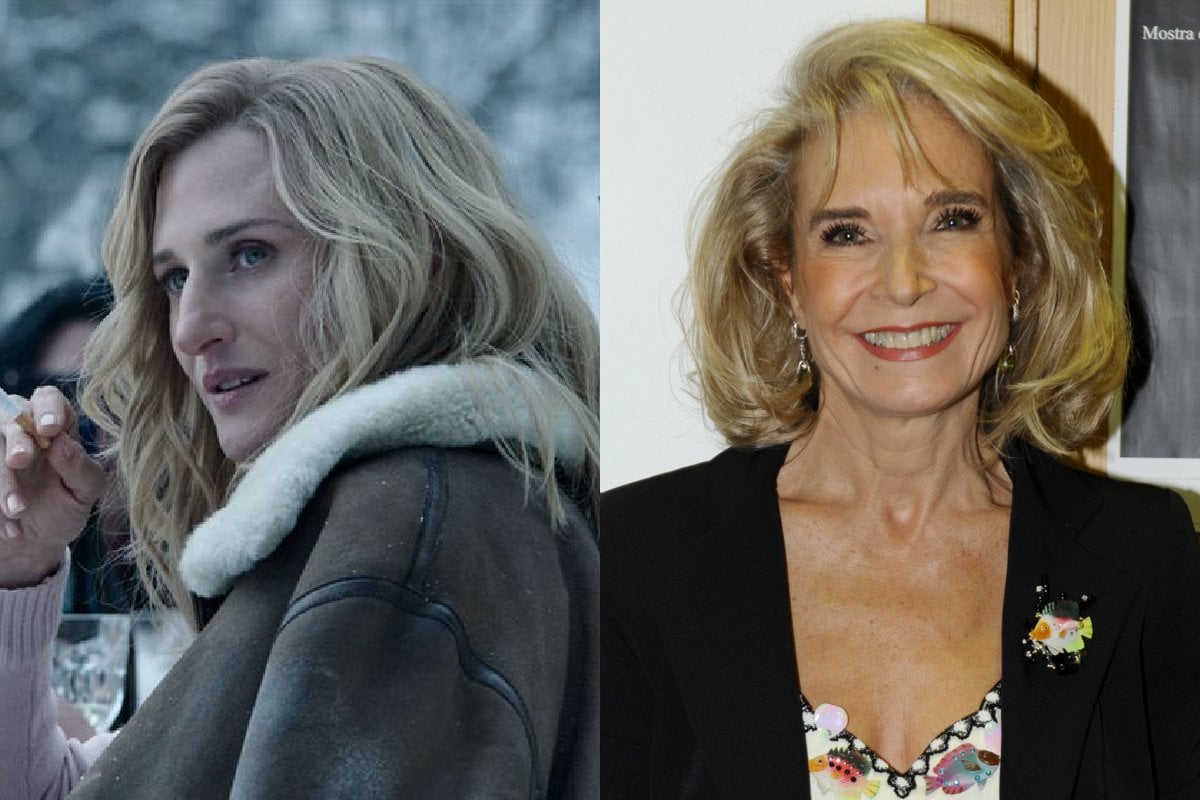 French actress Camille Cottin, who you might recognise from Killing Eve, stars has Italian interior designer Paola Franchi, who was dating Maurizio at the time of his death.

The couple had planned to get married, but Maurizio was killed before they could.

Part of Patrizia's motive was said to be jealousy over their relationship, but also that if Maurizio her monthly alimony payments would be cut in half. 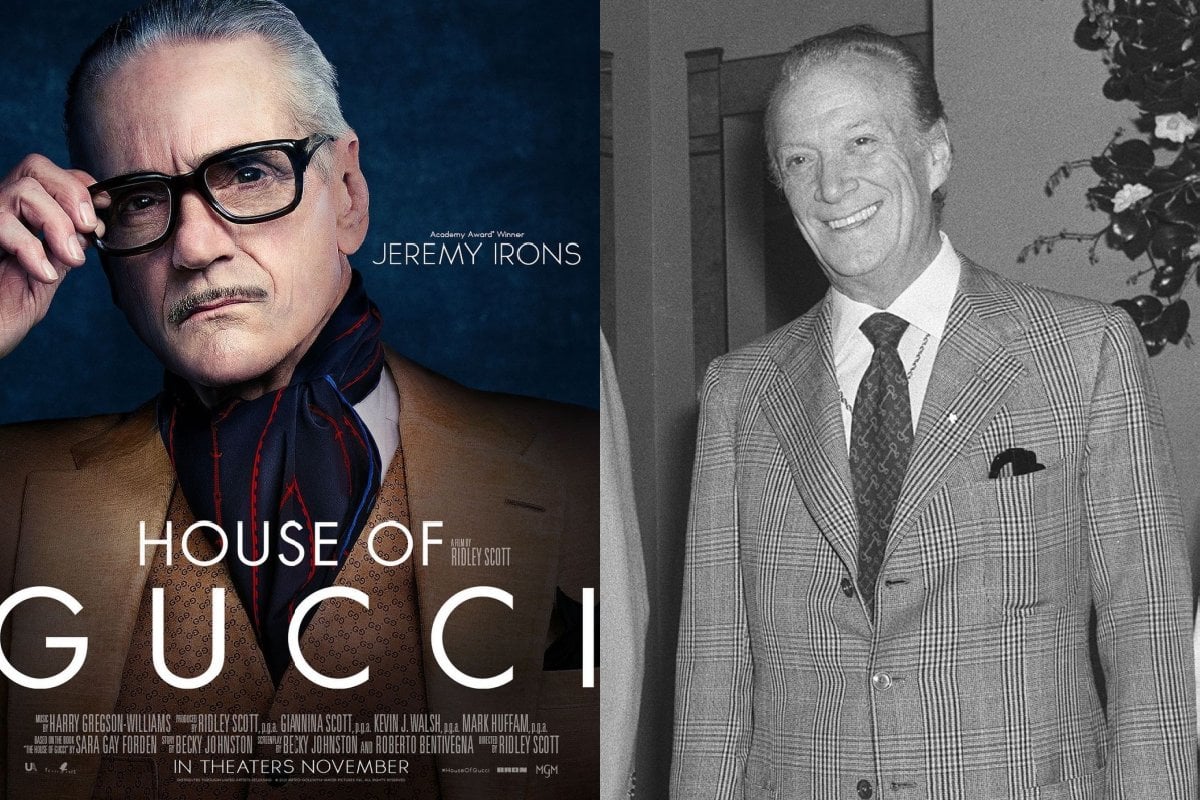 Rodolfo was a famous Italian actor before joining the family business after the death of his own father, who founded the company. 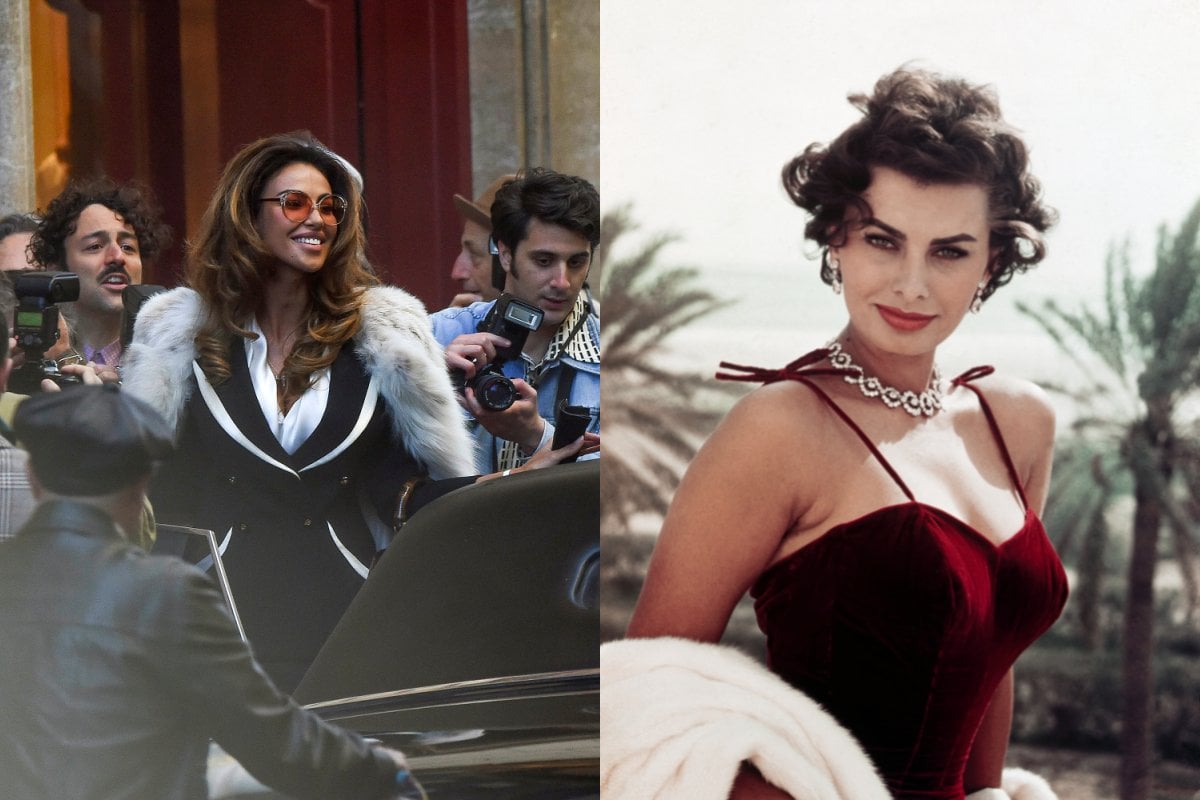 House of Gucci is streaming in cinemas across Australia from New Year's Day.