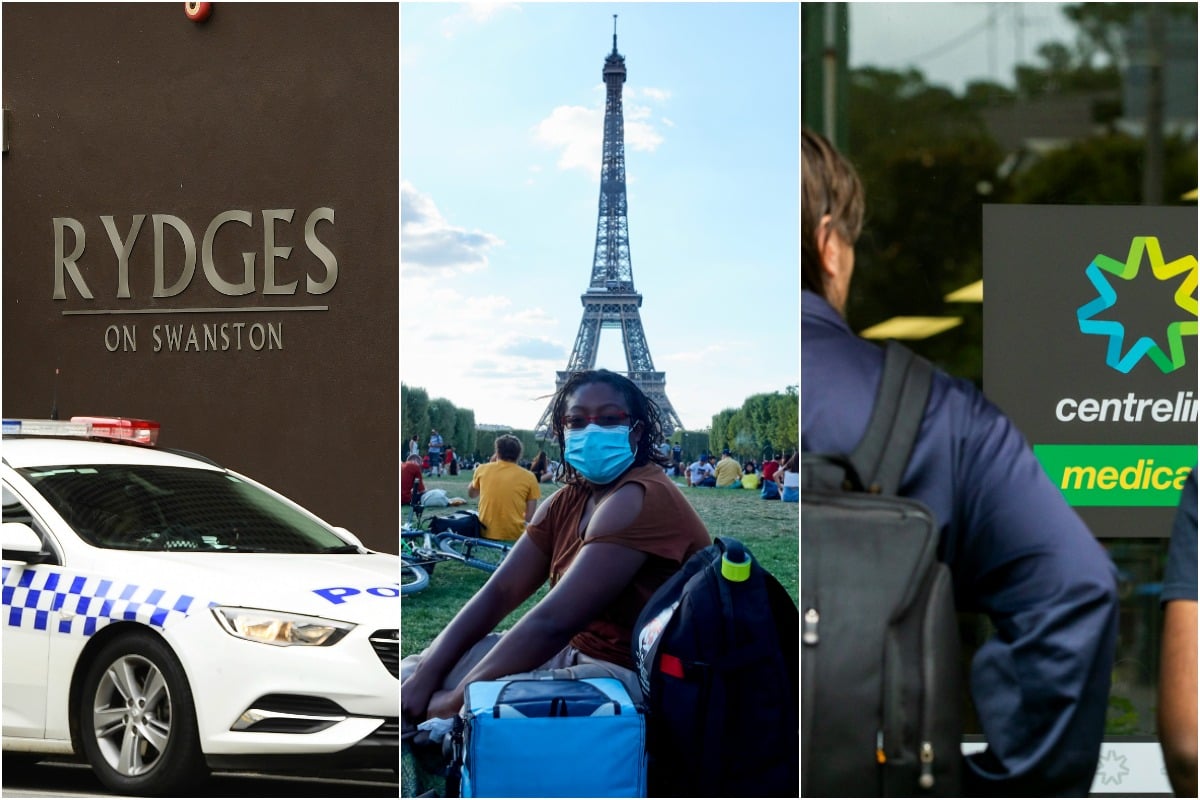 Epping Gardens, the aged-care home behind Victoria's largest COVID-19 outbreak, is facing legal action from almost 30 families with relatives who either died at the facility or were living there amid the outbreak.

To date, there have been 205 coronavirus cases among staff and residents at the aged-care home.

Sebastian Agnello, the son of a 92-year-old Epping Gardens resident who died on July 28 after contracting COVID-19 at the centre, is leading the legal challenge.

In the writ filed on Monday, Agnello claimed Epping Gardens breached its duty of care by permitting staff and residents to not wear personal protective equipment and move freely within the home, risking the spread of COVID-19.

He also alleged aged-care staff from other centres were allowed into the home without self-isolating, while a baby shower on July 16 and a party two days later were permitted despite access being restricted to essential workers and residents.

As reported by Four Corners, six staff members were stood down after the unauthorised baby shower.

Within six days of the baby shower, the six staff members who attended had tested positive for COVID-19.

"It was unauthorised, breached protocols,” Greg Reeve, CEO of Heritage Care, told Four Corners. "I can speak not only as CEO but as a registered nurse. I think the lack of regard they have shown is something that is beyond the pale."

While two of the cases were locally acquired in south-west Sydney, the other is currently under investigation.

"Even though daily case numbers are low, there have been 16 cases in the last four weeks whose source is not identified or linked to clusters, mainly in western and south-western Sydney, indicating that COVID-19 is continuing to circulate in the community, undetected," NSW Health said.

"So, if you have any cold or flu-like symptoms at all, assume its COVID-19 until proven otherwise – isolate and get tested right away; don’t delay."

99 per cent of Victoria's 'second wave' infections from returned travellers.

An inquiry into the hotel quarantine program has heard more than 99 per cent of Victoria's 'second wave' of infections can be linked to returned travellers.

The head of the Doherty Institute's genomic sequencing unit, Professor Ben Howden, says they've only reviewed 46 per cent of cases so far, but he's confident that it's "very unlikely" any active strains couldn't be linked to hotel clusters.

He said the virus entered the Victorian community after three breaches at quarantine hotels. 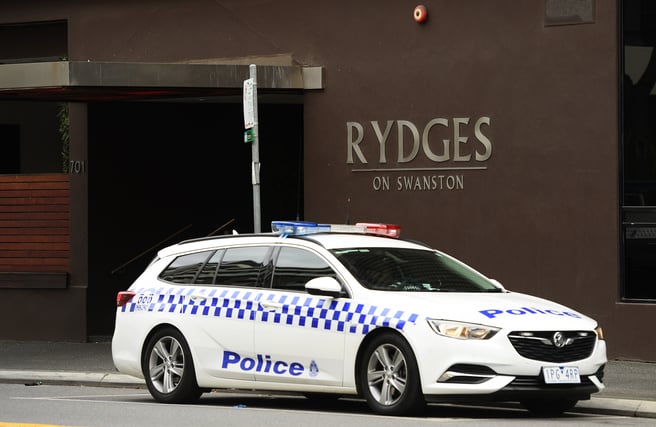 An epidemiologist has credited Victoria turning the corner in its coronavirus crisis to sacrifices made by hardest-hit communities.

"The communities hardest hit when their workers brought the virus home were also those most challenged in the face of the pandemic - over-represented in multi-site casual work, unable to work from home or afford to forgo work," she said in a statement.

"The fact that the wave is turning in Victoria is largely a credit to those hardest hit, and who have had to do the really hard yards to shut down local transmission."

Victoria recorded 25 fatalities on Monday - the most of any day across the pandemic - taking the state toll to 334 and the national figure to 421.

But new case numbers were 282 and there have been no 400-plus days since last Wednesday.

NSW Police shut down a large crowd of about 200 people who gathered at a music event in the Sydney beach suburb of Maroubra on the weekend.

A 33-year-old organiser of the event was issued a $1000 Penalty Infringement Notice.

NSW reported seven new cases of coronavirus in the 24 hours to Monday. One case is in hotel quarantine, and six were locally transmitted.

Anyone who attended the Sydney Markets at Flemington around August 9 is told to be on high alert after a positive case was confirmed as having visited there during high traffic times.

It comes as tough new rules were announced to stop the spread of the virus in schools in NSW.

Formals, dances, graduation ceremonies, choirs and all social events have been banned and students must remain within their relevant class or year groups.

Chief Health Officer Kerry Chant said the rules applying to public schools would come into effect on Wednesday, but that she has written to private schools asking them to also abide.

QLD to stay shut until there's no local infections.

Queensland's hard border lockdown will remain as long as local infections continue in NSW and Victoria.

"I think we're going to continue to see restrictions in Victoria up until Christmas time. That's very unfortunate for people living there but it's a serious situation," said state Premier Annastacia Palaszczuk on Monday.

Prime Minister Scott Morrison has written to her asking for "critical changes" to the border restrictions so that the food supply chain can continue unimpeded and so that people can get to important medical appointments.

The Prime Minister has issued a personal plea to the Queensland Premier, urging her to change her strict border stance. #9Today pic.twitter.com/iUA1nf6QLW

Palaszczuk is counting on the state's month of no locally-acquired infections to entice the AFL to bring the 2020 grand final north.

Queensland has hosted the bulk of the competition and close talks with the game's national body are ongoing behind the scenes.

Australians who paid the government money through the controversial robodebt scheme have been reimbursed $545 million.

Department of Social Services officials told a Senate inquiry on Monday the $545 million figure amounted to about 80 per cent of cases.

About 338,000 people have been reimbursed or had their debt wiped. 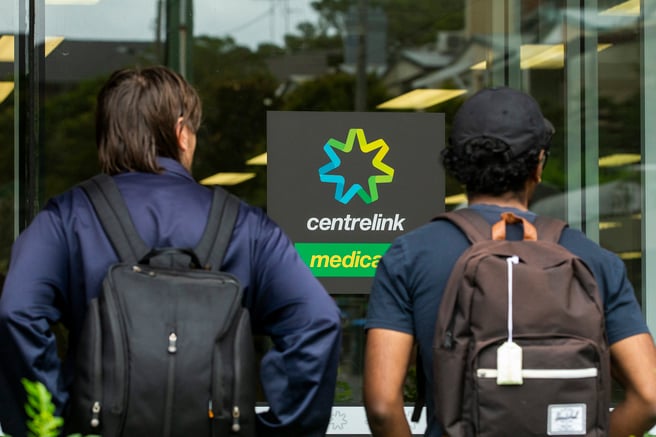 80 per cent of robodebt victims have now been repaid by the government. Image: Jenny Evans/Getty.

It was ruled unlawful last year, with the Federal Court saying Centrelink could not have been satisfied the debt was correct.

The Morrison government announced in May it would repay all debts, estimated to cost about $721 million.

Europe seeing a rise in COVID-19 numbers as tourists enjoy the summer.

Countries that had experienced a northern summer respite from coronavirus outbreaks are tracking swiftly rising numbers of new cases, prompting fears among health authorities that months of hard-won progress could be lost in just days as holiday-makers return home.

New restrictions on leisure activities accompanied the final weeks of the summer break in Europe.

Hours-long traffic jams formed at the Croatia-Slovenia border over the weekend as Austrians trying to beat a midnight quarantine deadline rushed home from a favoured coastal vacation spot. Case numbers are on the rise again in Europe after a tourist filled summer. Image: Adnan Farzat/NurPhoto /Getty

The Italian government has closed discos, requires masks from 6pm to 6am anywhere people might gather and has begun testing all arriving travellers from Spain, Greece, Malta and Croatia.

France's two largest cities, Paris and Marseille, have widened the areas where masks are required, and the French government sent riot police to the Marseille region to enforce the requirement.

In Greece, health officials attributed many new infections to wedding receptions and people ignoring social distancing and other public health protective measures while on holiday.

- Trump has defended his administration's efforts to implement changes at the US Postal Service ahead of November's election telling Fox News "It's not a Trump thing" it's a "run efficiently" thing.

- Reported coronavirus cases have surged in Lebanon after the devastating blast at the Beirut port earlier this month.

- Portuguese President Marcelo Rebelo de Sousa, 71, has helped rescue two women who came into difficulty when their kayak capsized on the Algarve coast.