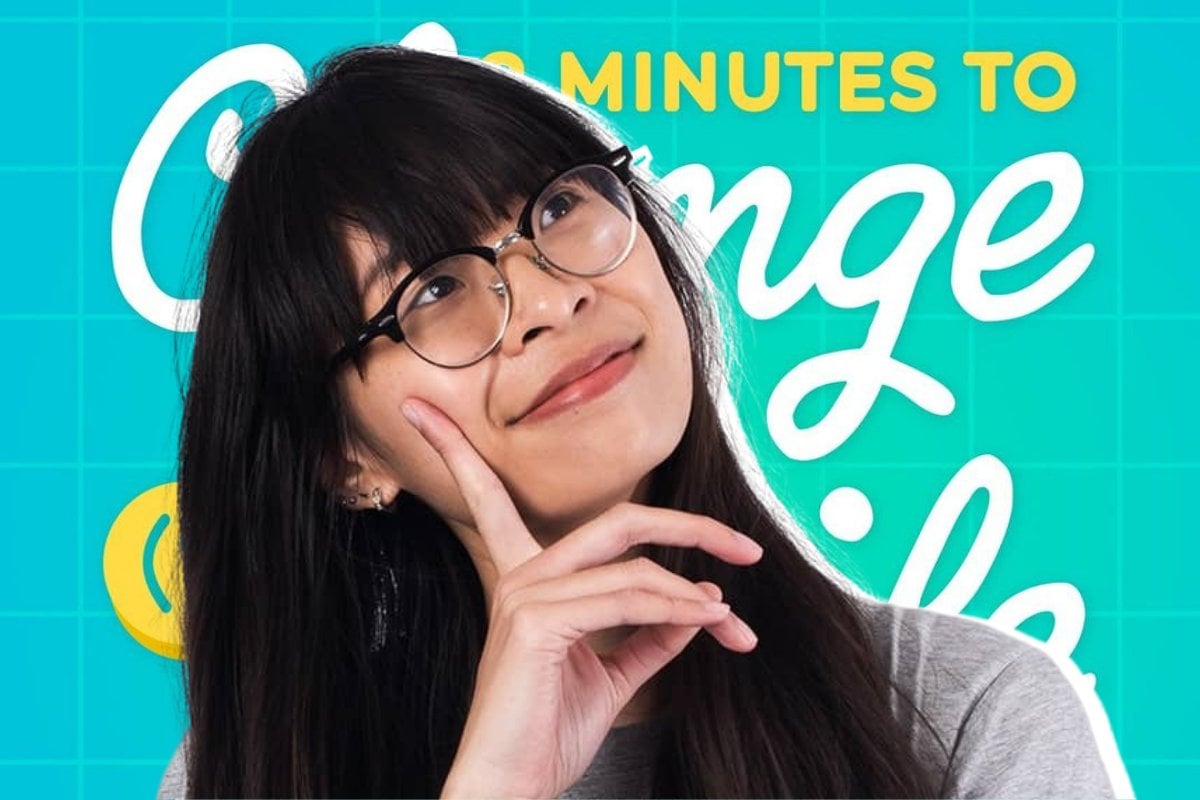 Back in early 2020 when the pandemic hit, I was completely and utterly unemployed.

I had just quit my day job a few months earlier in November 2019 to pursue my side-hustle-turned-business in a full-time capacity  - and I was making plans with my business partner to take it to the next level.

But the timing couldn’t be worse  - only a few months later, Ms. Corona hit and my business was one of her casualties; it had already struggled to find a product-market fit for the last two years, and the pandemic was the final nail in the coffin.

So I found myself out of work, with no business, no job, and no opportunity to freelance.

Watch: The things successful women do on the daily. Post continues below.

All the companies I previously worked for were struggling to survive, their clients had dropped off and they had cut most of their staff to decrease their costs.

So while everyone was trying to figure out this new situation (and stock up on toilet paper), I found myself with a lot of free time…

Part 1: “Have you tried this thing called TikTok?”

With all the new free time I had… I caved and made a TikTok account.

I was skeptical at first and needed a lot of convincing ("Isn’t it an app for dancing teens? Or funny people, of which I am neither?") but I made it with the encouragement of my business advisor who had mentioned it a couple of times in the past month.

He said it was a platform I desperately needed to make content on.

"The beauty of TikTok is its algorithm," he said. "No matter how many followers you have, everyone has the same chance of becoming famous overnight."

Even with that very convincing prospect, I was skeptical; I had no content to post, so what value could I add? But my business advisor had seen some of the illustrations I had posted on my art Instagram account and said, “Just post videos of you drawing that stuff, you’ll find your niche.”

And he was right. But not in the way that either of us expected.

Part 2: Going viral for the first time (on the internet, not from COVID.)

My very first TikTok post was a drawing process video of Jennie from the band BlackPink.

Their single “How You Like That” had just dropped, and I was inspired by their concepts and photography.

After a couple of hours of posting that TikTok, I already had 32 likes and 1000 views.

To me, these numbers were insane. I had been trying to build an audience with my art on-and-off for the past couple of years, but every time I posted anything on Instagram or Twitter it felt like I was posting into a black hole (0 likes, 0 views, no interactions).

No one could see it, and no one ever would. But TikTok was different.

With every new drawing video I posted, I gained 40 followers.

I had people commenting on my videos, telling me they loved my style and were going to follow me to see more.

I didn’t have a new drawing to post, so I looked to the 'Timeblock Planner' I had designed a couple of years back and thought I might as well make a TikTok about that.

The Timebook Planner was a tool that helped me stay organised for the past year, and I thought it was something other people could definitely find value in.

And they did. It was my first overnight success.

After a mere 10 hours, my video had reached hundreds of thousands of people and I was getting DMs about people wanting to purchase the Timeblock Planner I designed.

I had never experienced anything like it before, and it was both exhilarating and stressful.

Part 3: Going viral again (still on the internet, not COVID.)

Shortly after my first viral success, I found myself making content for #ProductivityTok, which was a massive detour from what I initially started with (i.e. #ArtTok #KPopTok).

One tool I had built and Frankensteined over the years was my Expense Tracker, which I found was the best way to keep track of all my expenses.

Up to that point, I had tried every app, every template, every bank tool but nothing stuck.

I made a TikTok about my Expense Tracker, and it went viral almost immediately. I could see the numbers exploding in real-time, the shares were increasing at an exponential rate, the demands for tutorials to install the Expense Tracker on Android and iOS were growing with every minute.

Today, both those videos have over two million views, with the Expense Tracker hitting three million at the end of 2020.

Part 4: Hitting 100k followers and getting the email from Mamamia.

Within six months of posting my first TikTok, I had reached 100,000 followers.

In May 2021, I received an email from podcast host Kee Reece at Mamamia, asking me if I wanted to host a podcast they were currently developing.

This was the first email that actually piqued my interest. I never thought I could host my own podcast, it seemed so surreal… and with Mamamia?!

It was an insane opportunity I couldn’t pass up, and after a bit of back and forth about my interest and availability, I went into the Mamamia offices to talk to Kee and Holly Wainwright, who walked me through their pitch and ideas.

I was brought back in to do a test with the Head of Podcasts, Lize Ratliff (who would eventually be my producer) to see whether my voice was a fit for the podcast.

After a few blunders, I got the hang of it and realised I was much better at elaborating on dot points than I was reading straight from a script.

A few days after my test, I was told I got the gig! And ‘8 Minutes To Change Your (Work) Life’ was born!

Keen to listen? Here's the latest episode of my productivity podcast with Mamamia, 8 Minutes to Change Your (Work) Life, where I discuss the 'Five Minute Business Plan' and get tips from Mia Freedman. Post continues below.

The next thing I had to do was voice training.

I had never hosted a podcast before. I was nervous, and still worried that if I read from a script, it would feel robotic and awkward.

I received helpful tips from Lize and Kee:

1) Be more animated than you think you need to be (smiling helps!);

2) Act as if you’re talking to one person and

3) Be yourself and find your own natural voice (it’s okay not to be perfect).

Because everything had to be done remotely due to lockdown, I did my podcast training on my own mic at home.

Every day for two weeks, I would do a three-minute audio log, improvising and talking about anything I wanted.

I worked on my expressions and made sure my voice was as lively as possible (it can get quite monotone if I don’t exaggerate).

The feedback was immensely positive, and I was excited to start recording for real.

But before that, I was asked to contribute ideas to the podcast episodes and help write the script for the podcast’s promotional video. It was fun to do and reminded me why I liked making TikTok content in the first place.

With Sydney’s lockdown extended, I found myself needing to record everything from home.

After a lot of rearranging in my bedroom, I made a fort with my winter blanket and I sat on the floor for four hours to record the first episodes of the podcast.

Despite my legs getting numb and my mouth getting very dry, it was the most fun I'd had with a creative project in a while.

Sitting with my back hunched was definitely worth it... because the first episodes of the podcast are out now and ready for listening, and I couldn’t be happier with the result!

This post originally appeared on Deborah Ho's blog, and has been republished with full permission. For more from Deb, you can find her on  TikTok and Instagram.