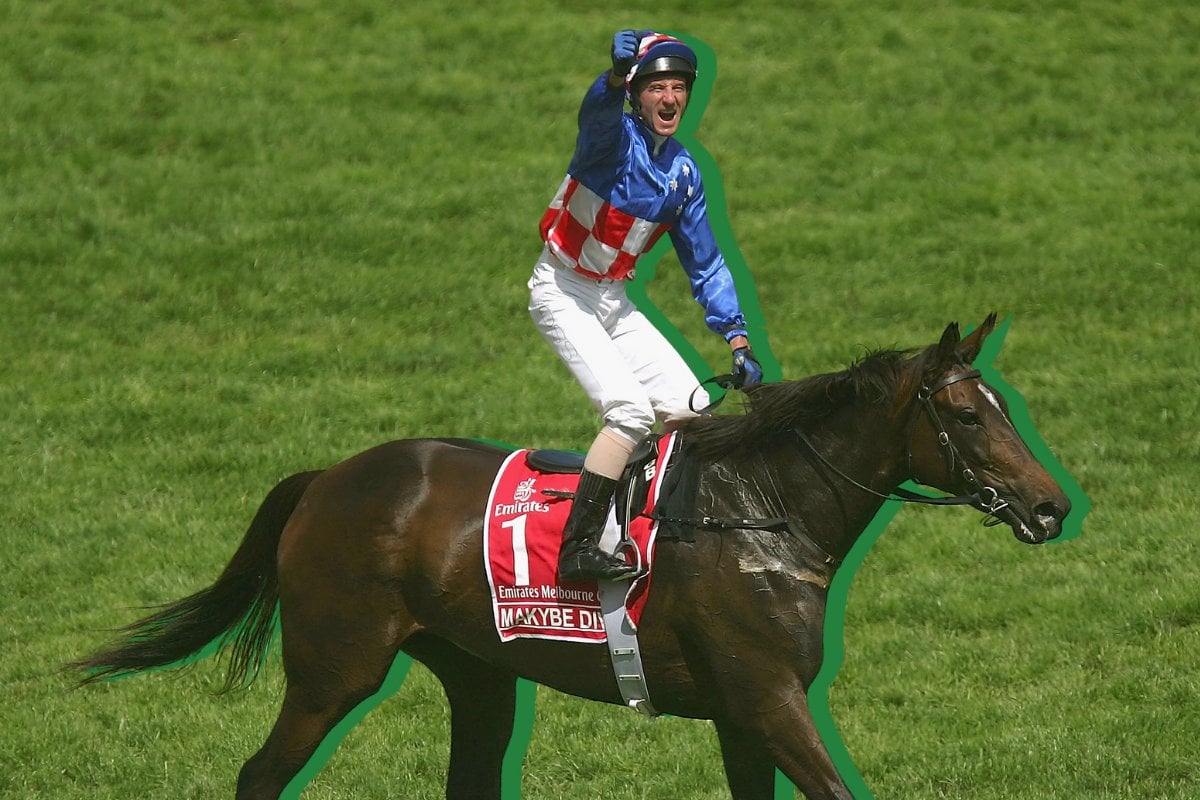 Mamamia understands that Australians have diverse views when it comes to events like the Melbourne Cup. You can read more about the facts around horse racing in 2020 here.

We can't ask a horse whether it likes to race, or how it's being treated.

What we can do is check in with past Melbourne Cup winners - the horses, not the humans - to find out what became of them after winning Australia's most famous race. Do they lead to a life of luxury? Live an easy retirement? Deal with injuries sustained through their racing career?

One of the most recognisable names in racing is Makybe Diva, a now-21-year-old British-bred, Australian-trained thoroughbred. She became the first horse to win the Melbourne Cup on three occasions (2003, 2004, and 2005), and also won the Cox Plate in 2005.

Upon her retirement from racing in November 2005, Makybe Diva was the highest stakes-earner in Australian horse racing history, finishing with winnings of more than A$14 million.

Mamamia's daily news podcast The Quicky asks what happens to the horses after the Melbourne Cup. Post continues below video.

Tony Santic, owner of Makybe Diva, told The Quicky he stands by his decision to retire the mare when he did.

Following her retirement from racing, Makybe Diva became a breeding mare. Now 21, she has given birth to nine foals.

"I retired her [from breeding] last year," Santic said.

"Now she's living the life of leisure and I basically see her everyday on the farm... We feed her apples three times a week, at least, and she loves them. She's got her mates there in the paddock with her and she's loving life at the moment."

The 2015 Melbourne Cup was won by Prince of Penzance, a New Zealand-born thoroughbred ridden by Michelle Payne, who became the first female jockey to win the race.

The horse was also trained by Darren Weir, who has since been banned from horseracing and charged with animal cruelty offences.

There is no evidence Prince of Penzance faced cruelty, and he now lives in a retirement village for thoroughbreds, Living Legends.

Prince of Penzance shares a paddock with Might and Power, winner of the 1997 Melbourne Cup race. 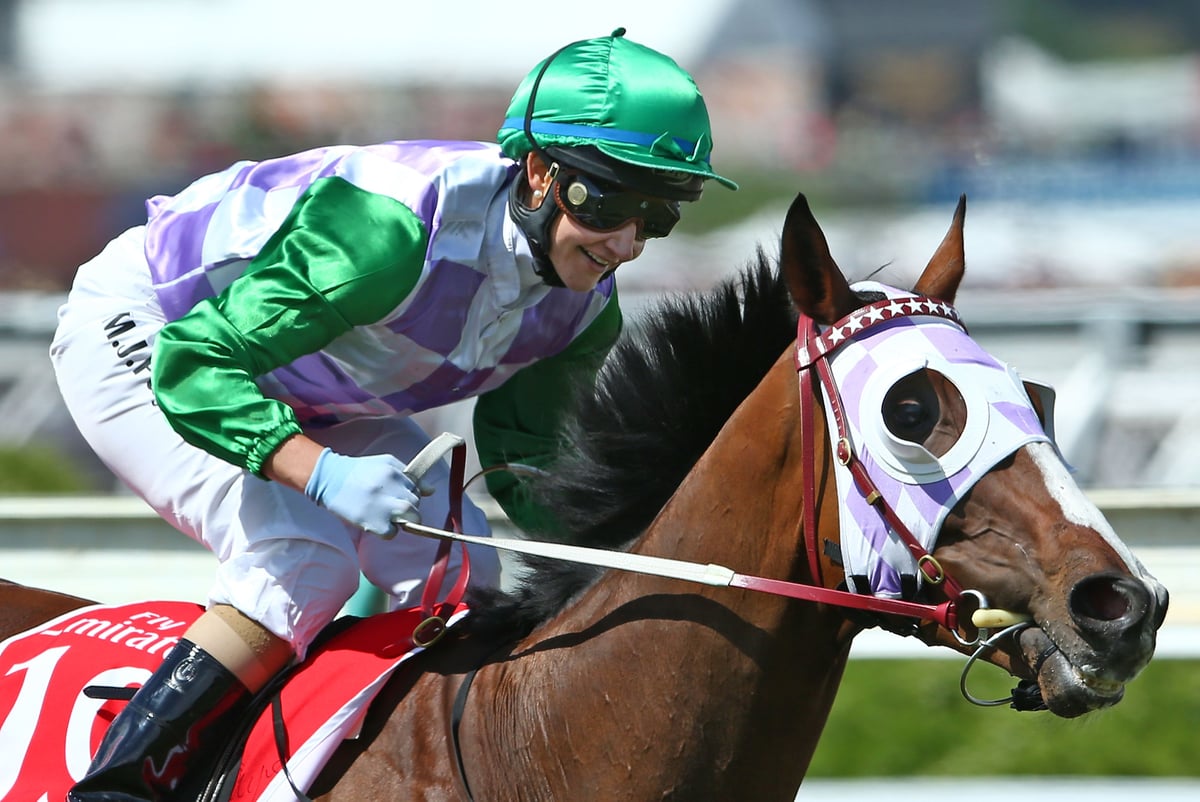 Upon his retirement from racing, Subbie was employed as the clerk of the course's horse by Racing Victoria's long-time clerk, Graham Salisbury.

In 2008, Subbie was fully retired after developing arthritis. The following year, there were concerns the horse would need to be put down as his arthritis medication became unavailable in Australia.

It was subsequently sourced from the United States, and Subbie continued to spend his retirement in Salisbury's care.

In June 2020, Salisbury passed away from cancer.

Two months later, Subbie was euthanised at the Bendigo Equine Hospital due to the onset of heart failure, aged 31. 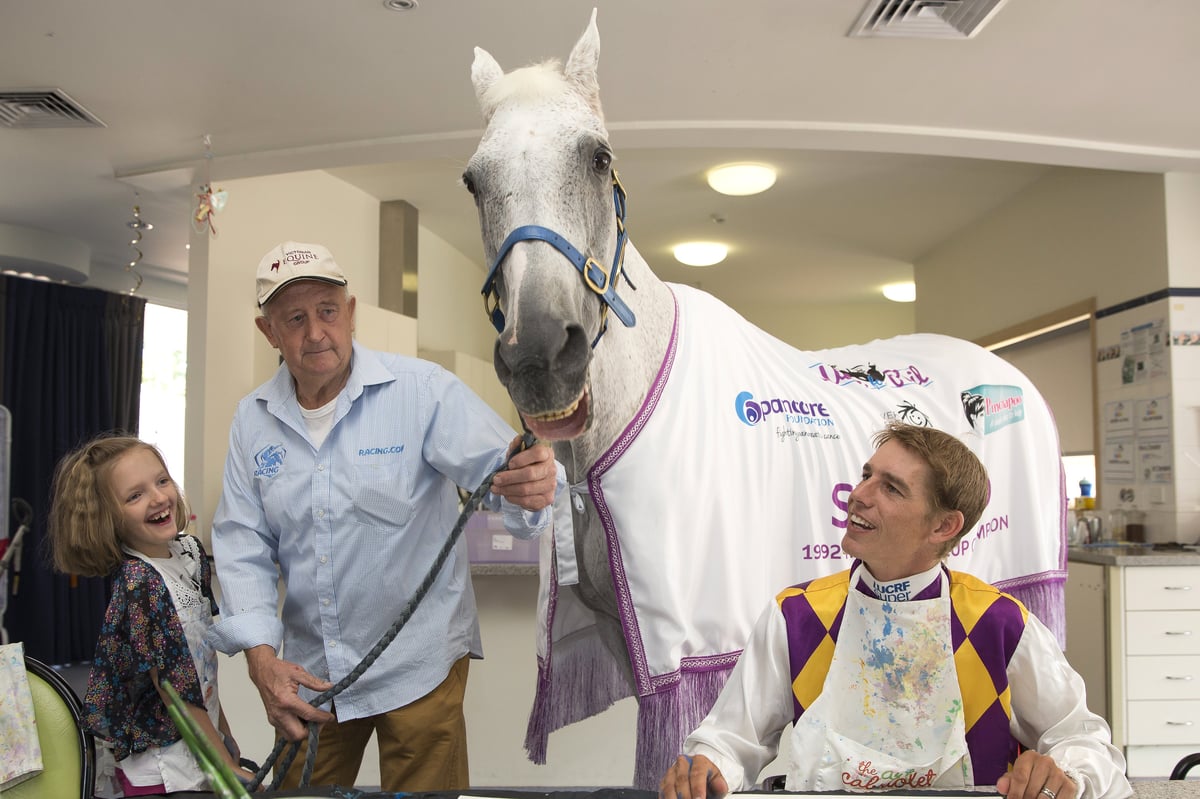 While these former winners lived long lives in retirement, the same cannot be said for all horses who take to the field at the Melbourne Cup - and all horse races, for that matter.

In 2019, the ABC's 7.30 revealed that thousands of healthy thoroughbred racehorses were being shipped to their deaths at abattoirs where they were being killed.

Following the investigation, Racing Victoria announced a $25 million equine welfare initiative that will deliver more post-racing opportunities and audits on the industry. Queensland also launched an independent investigation into its state's practices, and published the results earlier this year, making 37 recommendations to reduce horse slaughter.

In NSW, Racing NSW introduced a rule, making it a breach for a trainer, owner or person in charge or with custody of a racehorse, including breeders, to send a horse either directly or indirectly to an abattoir or knackery.

On October 29, 2020, The Sydney Morning Herald and The Age published a joint investigation that found retired racehorses are still being slaughtered for pet food at knackeries across NSW, some in breach of the new welfare standards.

Some of the horses were still racing in 2019.

Jennifer Hughes, manager of Equine Welfare Racing Victoria, told The Quicky more can always be done to stop all horses, not just racing thoroughbreds, from ending up as pet food.

Hughes said a cap on the number of horses being bred was not the answer, but instead a focus on "breeding with purpose".

"That's what we've been working with the breeding industry on, and making sure all horses that are bred for racing are bred with good intent and given the best possible opportunity to enter training and therefore the racing industry."

Former racehorses have "endless" opportunities outside of racing, including as police horses, Hughes said

"They can be highly competitive in eventing, dressage, showing... We've got a lot of horses in polo, they transition very well there, and more recently a lot of thoroughbreds going into equine-assisted therapy."

She said Equine Welfare Racing Victoria's focus was on "finding the right job for the right horse".

"They've all got their own strengths and different personalities, and giving them a purpose in their second career is exactly what we're trying to do."

Reply
Upvote
Or we could put an end to an industry that is built on animal cruelty and exploiting gambling addictions, with no other aim but making rich men richer. Then every horse can be bred for a long and happy life.
M
mamamia-user-893622181 2 years ago