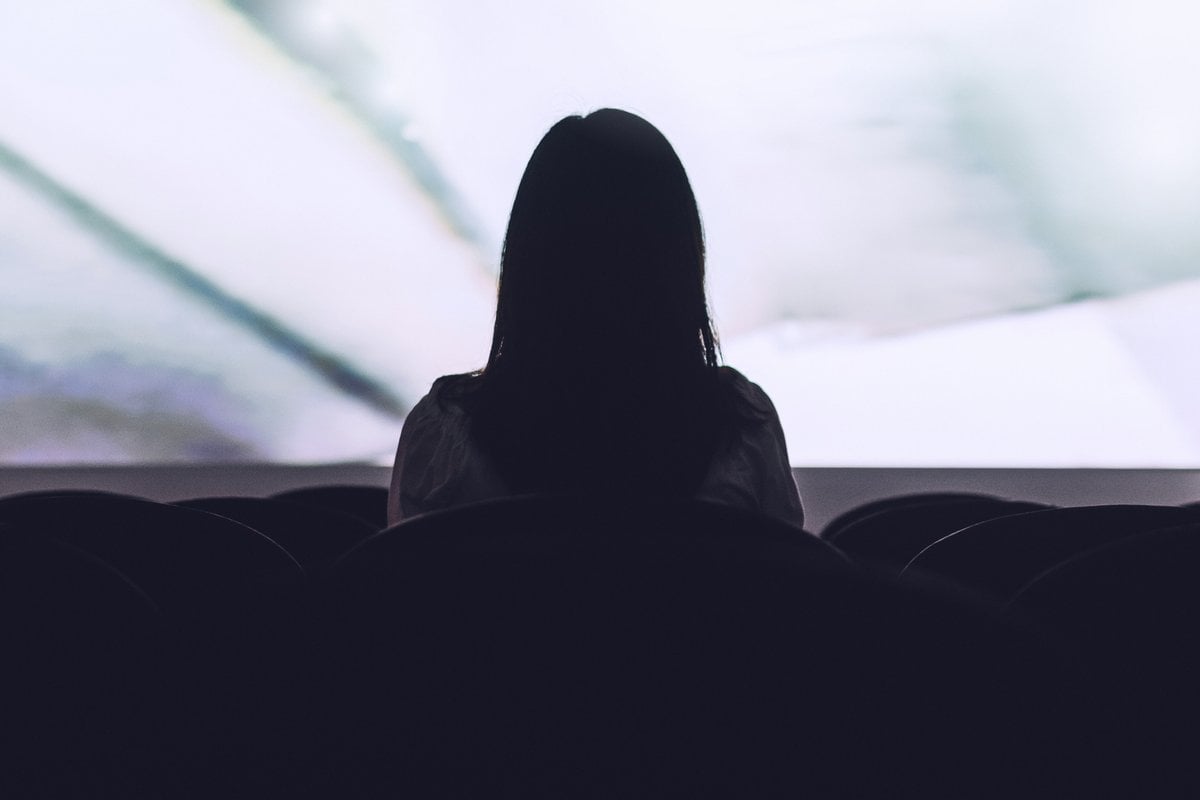 If you haven’t heard, Grace Tame - an outspoken advocate for survivors of sexual assault - who is also a survivor herself - was awarded Australian of the Year 2021.

Her courage and passion moved many Australians and inspired many survivors of sexual assault to speak up, including myself.

Yet, I am still writing this story anonymously.

Watch: Women and Violence, the Hidden Numbers. Post continues below.

I was an international student. I came to Australia on my own at the age of 14, the only English word I knew at that time was ‘Yeah’.

Remembering my first moment in Australia, walking out the airport terminal and I was so excited for my new life here.

The future was unknown, but bright.

The shuttle bus took me to my homestay family where I lived for the next four years. I remember telling my family in China that I had a good family to look after me, the mum is a beautician, and the dad is a police officer.

The first two years there were okay, learning a new culture, language and school kept me very busy. The homestay dad was always coming down to my room and sitting very close to me on my bed, but I just thought he was just trying to be nice as I was only a child.

At the end of the second year, another exchange student moved in with us, she was a few years older than me, and I noticed that ‘Dad’ would always tickle her and both of them would somehow go from standing to falling onto the bed together. I didn’t think much because she was laughing.

She went back to her country after one year of exchange. And that’s when the nightmares begin.

The amount of times ‘Dad’ would come down to my room increased, to the point I knew exactly what his footsteps sounded like, and I would think to myself - ‘ah, not again’ or quickly run into the bathroom.

He was doing the same thing he was doing to the other girl, asking if I was ticklish, trying to tickle me and just happened to touch my breasts.

He saw a jar of wax on my bedside table, and asked if I wax my vagina on my bed.

He would pull me across his legs and spank me on the bottom and say I was a naughty girl for sleeping in and missing the bus.

He would pin both my hands down and ‘tickle’ me.

I didn’t know what to do, I was just a child.

I thought that was the norm, the culture.

Until one day my high school best friend mentioned his name and my anger pushed me to say “he is a paedophile.”

She immediately said, “you can’t just call people paedophiles”. I walked away.

Another six months went by and another international student ‘Mindy’ moved in, she was younger than me and from the same city where I used to live.

Before I turned 18, I found an apartment near the university and I was so ready to move out. The night before the big move, I was packing boxes in my room and ‘Mindy’ walked in. We talked for a few minutes before she asked the question that will forever stay with me.

“Does ‘Dad’ sometimes touch you inappropriately? I don’t know if I am being oversensitive.”

She then asked for my help and I told her something that I will regret for the rest of my life.

“Just endure it and try to avoid him. And move out as soon as you turn 18.”

I could tell that she was disappointed, it wasn’t the answer she hoped for. She said the mum invited her to the movies and she doesn’t want to go, but would rather not stay at home alone with him.

A year later, I got a distressing phone call from my old high school teacher - ‘Mindy’ went to the teacher, and the teacher called the police.

I was asked to be on the stand and tell the truth in front of the jury.

You are probably thinking why, how could you just let him get away with it?

I was scared that he would find me, I still am.

I am my mum’s only hope and I don’t want to break her heart.

After getting to know Grace’s story, I want to speak up. I want to tell the world what happened. I want him to lose his job (yes, he IS still a police officer).

But I don’t want to break my mum’s heart.

Reply
Upvote
1 upvotes
As a mental health professional, I’ve heard many stories like this, including sexual assaults on sleepovers. Women with young daughters must be vigilant. We don’t know the half of sexual assault numbers out there.

Reply
Upvote
1 upvotes
@anonymous ....yes I didn't allow my girls to go on sleepovers until 11...and then only 1 or 2 families. You also need to have had the discussion around what is and isn't ok behaviour so they are equipped with the language and skills to talk to you if something is amiss.
News
General
Opinion
True Crime
Politics
Sport
Explainer
Entertainment
Celebrity
Reality TV
Movies
TV
Books
Rogue
Royal
Lifestyle
Beauty
Fashion
Weddings
Home
Wellness
Health
Fitness
Travel
Food
Parents
Before The Bump
Pregnancy
Baby
Kids
Teens
School
Parent Opinion
Work & Money
Money
Finance
Career
Lady Startup
Relationships
Sex
Dating
Separation
Friendship
Family
Real Life
Couples