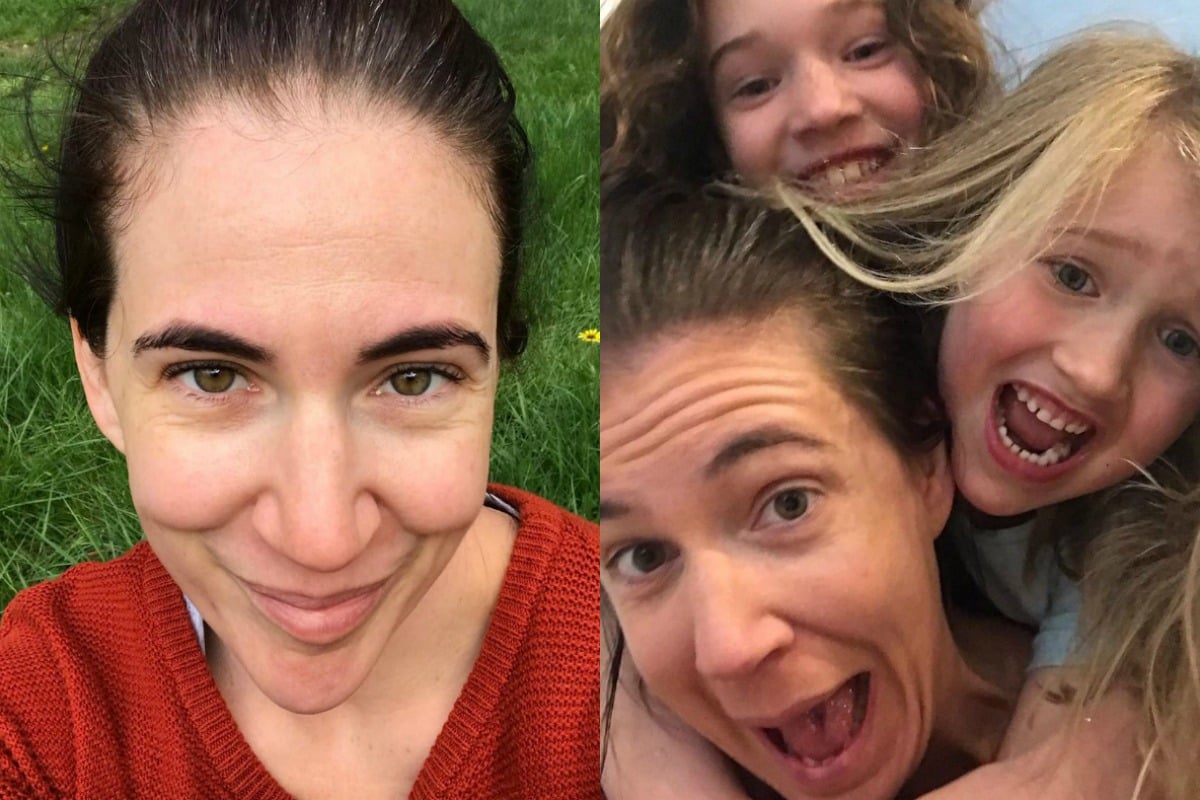 As a state of disaster was announced by Victorian Premier Daniel Andrews on Sunday afternoon, my heart sank.

I felt dread. Sadness. Hopelessness. Frustration. Despondence. Oh, and the rising urge to hit my head against a brick wall because at that time, it seemed like the only possible thing to do.

Now, to be clear, I am not writing this as a way to publicly complain, nor to make judgment on any of the restrictions that have been put in place, because I know why we are doing what we are doing. I understand it and I support it. We all have to, as Premier Andrews says, "do our part."

But along with doing my part, I also need to declare: Holy mother of EVERYTHING, not remote learning again!

Watch: Daniel Andrews declares a state of disaster in Victoria. Post continues below.

As a citizen of regional Victoria, over the past few weeks I could feel us edging closer and closer to joining our Melbourne friends in Stage Three restrictions and with that, the remote learning journey. So, when Dan appeared on Sunday, in his full suit get up (and not his weekend casual choice of his Northface jumper or sports jacket), I knew this signified seriousness. And just like that, my fear became my reality: remote learning will begin again.

And to be honest, I just don’t know if I can face it.

While of course I know I do have to face it because it is my "part to play" in trying to get on top of this absolute sh*t storm that is 2020, I also fear that I will struggle with it and so will my children. I struggled last time, and they did too and returning to remote learning is by no means going to be easy.

When I told my two children that they were only going back to school for one more day and then from Wednesday they would be undertaking remote learning again for another six weeks my eldest daughter, who is in Grade Two, burst into tears.

"I don’t want to learn from home again," she cried. She cried hysterically, it was an upset state saved for only very rare occasions. For her, the thought of leaving school again to learn at home was a very warranted reason.

On Friday, she was awarded Student of the Week. This week was her week to sit on the 'special chair' as she described it, to receive kind feedback from her classmates and to feel special because of her own actions and her own kind nature that saw her be chosen as this 'special person', something she had been wanting all year.

Now she would most likely miss out on most of that and although I told her I would decorate a chair for her at home and that we would make it special for her, I knew even as I said it, that it isn’t really going to make up for the real thing, that this isn’t really the point.

And although her younger sister wasn’t quite as upset by the news, it is her I worry about the most. Because she is in Prep and along with the students at VCE level, I feel as if it is those in their first year that have suffered the most by not being at school.

Now I know that children are resilient (I used to be a teacher, so I am very aware), and yes, they will more than likely catch up and yes, it is of course better to have them safe at home then at risk at school; I also know though, that despite mine and my mum’s help in supporting her learning at home last time (my mum was also a teacher) that she fell behind with her literacy – her reading, her writing and her speaking. So much so, when reports came around, she wasn’t even at her expected level, something that as a writer, as an ex English teacher, as someone who has always read to her and knows she is fully capable of doing, that she did not reach.

I also know how much we have worked at home and with her teacher since returning to school to get her to the standard level and now only weeks after getting there, we are back at remote learning – the very reason that saw her fall behind in the first place.

As well as the impact on my children both socially and learning wise, it is without a doubt going to have its impact on me too.

Holly Wainwright and Andrew Daddo discuss working from home with kids on This Glorious Mess podcast. Post continues below.

As someone predisposed to anxiety and depression, the initial process of remote learning took its toll. In fact, it took a huge toll on my mental health. While again, this is not meant to be a 'woe is me' complaint about something I know we need to do, what it is meant to be is an acknowledgement that as we do these necessary things, we are also subject to their effects and mental health is a serious, very real one.

Supporting learning, working from home, parenting from home, isolating from friends and family, restricted in movements is a toxic combination. There is little reprieve and pretty much no escape (unless you count hiding in the garage which I have indeed done).

I know I am not alone in feeling this way, I know many others are experiencing it just like me.

When a friend of mine first heard the news, she called me and burst into tears, she said "I just don’t know how I am going to get through this again."

And while I am still in the denial stage, that can’t quite believe that after everything so many of us have done, that we are back here again, in an even worse position than before, I know in a few days when I hear my children logging onto their computers, as I try and work from home, that I will feel it too.

And my God it is hard.

Shona Hendley, Mother of cats, goats and humans is a freelance writer from Victoria. An ex secondary school teacher, Shona has a strong interest in education. She is an animal lover and advocate, with a morbid fascination for true crime and horror movies. You can follow her on Instagram @shonamarion

Reply
Upvote
I used to be a high school teacher and my kids are young adults now, but even with my rose coloured glasses I can't imagine this being anything other than hideously difficult. The momentum of the class/peer group pressure are all reasons why kids happily work in a class-room with minimal assistance and unhappily seem incapable of doing anything without their parent's personal attention at home. I hope the teachers have had an opportunity to share strategies with each other about what works well for different ages and learning styles so that the experience is better this time.
klp36 6 months ago