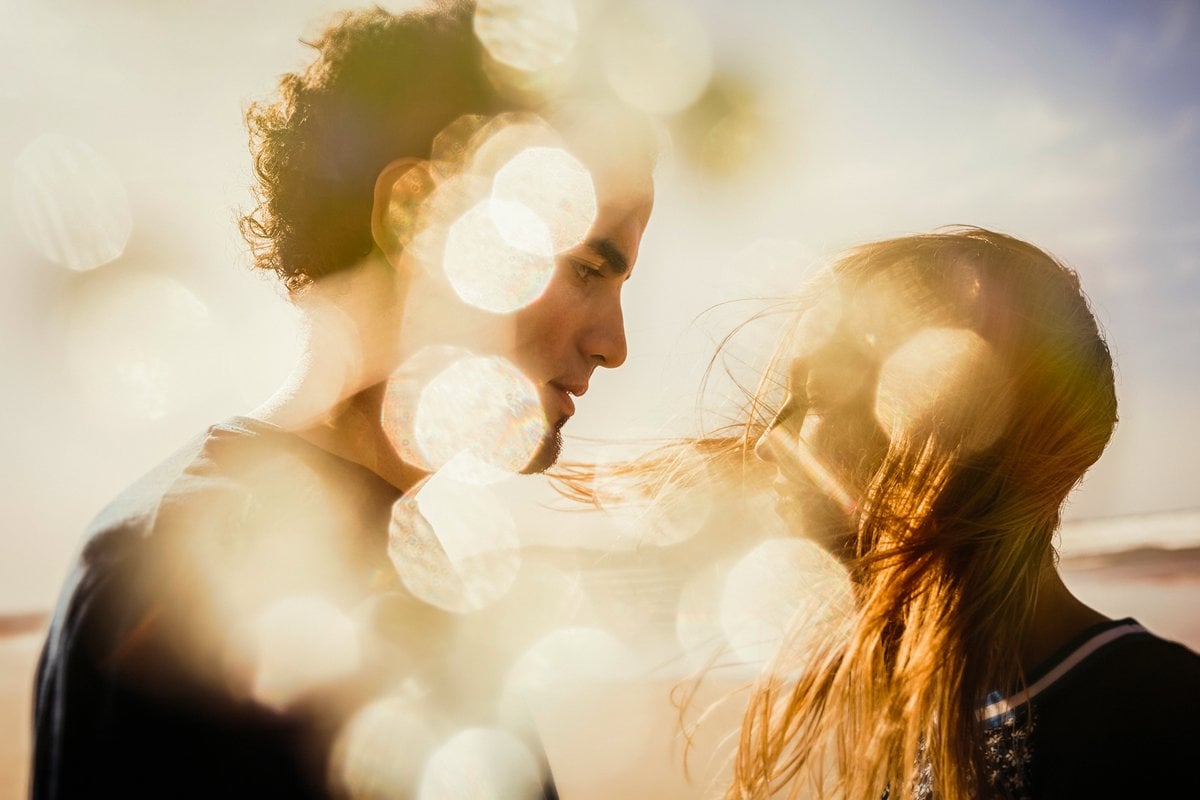 It was almost midnight by the time I met up with Michael.

He’d been out drinking with his mates and was still drunk when we all caught the last train home, which meant he was feeling exceptionally dirty.

Sitting across the carriage from his friends, we whispered naughty thoughts to each other.

"Do they know we’re into kink?" I asked under my breath.

Images of threesomes popped into my head, as I thought back to all the fun we’d had so far.

"No," he whispered. "That’s our little secret."

Michael had told me his ultimate fantasy was watching me have sex with another man.

So a few weeks back, we'd invited another man to join us.

While he took me on the couch, Michael watched on.

I’d never felt sexier or more desired in my life.

By the time our train pulled into the station, Michael and I were raring to go.

Back at his, we fell onto the couch, our hands working fast to undo flies, yank down stockings, and push underwear to the side.

Before we were even half undressed, we began to pleasure each other. As I started to play with him, he slid his fingers inside me. Slow at first, getting in deep.

I felt myself contract around him.

I was warm and wet, and wriggled on my back as he pressed his palm against my clit. Leaning on his side, Michael began to tell me about his latest fantasy.

"We drive to a dark carpark to meet a guy we’ve picked out together online," he said. "You’re wearing just a coat, with nothing underneath."

I was aroused just thinking about it.

"Then I want you to f**k him in the back of the car, while I watch," Michael said.

I was getting wetter and wetter as he described the scene. With a final push against my clitoris, Michael sent me over the edge.

Moaning hard, I clenched around his fingers as my orgasm ran through me.

While we couldn't live out the fantasy he was describing right then and there, it gave me and idea.

"Do you want to watch my videos?" I asked.

Over the years, I'd made several sex tapes with various partners.

"Show them to me," Michael said excitedly.

I showed him one of a former f**k buddy and I. He was holding the camera and pushing into me from behind. A bird's-eye view captured the moment his penis slid inside me before the sound of skin slapping skin took over.

As our moans grew louder on camera, Michael was clearly loving watching me have sex with another man.

I quickly found another video of us. This time we were in a hotel room and I was wearing black and red lace lingerie.

Bent over in front of the full-length mirror, my ex pounded into me from behind.

But it was the video on the bed that really got Michael going as my f**k buddy pulled my legs up on to his shoulders. With my black patent heels pointed to the ceiling, he sank deeply into me, making me scream with ecstasy.

As his thrusting got faster, I matched my tempo on Michael, stroke for stroke.

On screen, with one last grunt, my ex let himself go over the top of me, just as Michael arrived in my hand.