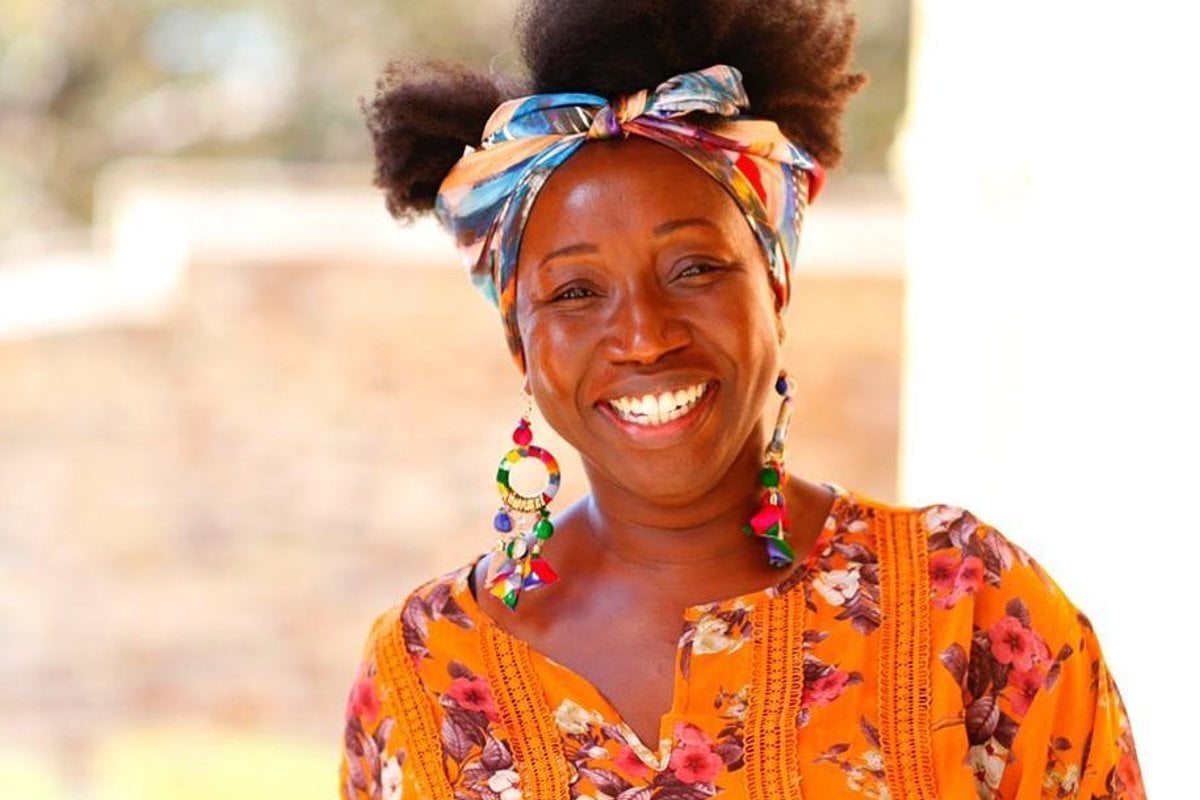 It was June 10, 2019 when British tabloid The Sun told my story to the world.

The headline read: 'Homeless to CEO, earning over $1.6M - Parents kick daughter out when she fell pregnant.'

The story was picked up by media outlets around the world and all of a sudden my inbox was overflowing and my phone was ringing off the hook.

But let’s go back to the beginning...

Side note: There are some things we've been keeping from our partners. Post continues below.

I was 24 years old and had graduated with a first class degree in Mechanical Engineering. I was on a high.

This brown eyed Brixton girl had done good, and to top it off I was falling in love. My boyfriend and I decided to skip the marriage part and have a baby.

I fell pregnant quickly and for five months, we kept it entirely to ourselves.

But after that, we had no choice but to tell our parents.

I was living at home with mine at the time, having returned from university the year before.

I was so nervous. I was the eldest girl in the family - it was my responsibility to do things the 'right way'.

To my parents, having a baby outside of marriage wasn’t the right way.

My then partner and I sat together and told my mum and dad that we were pregnant. Despite their shock, we got their blessing.

"As long as you get married," they said.

And that was the big problem: we weren't ready to get married.

And so I was told I would have to fend for myself; I could no longer stay in my parents' home.

Staying with my partner wasn’t an option because of his living arrangements, so with nowhere to sleep that evening, I packed my most sacred belongings and headed to my local council town hall to register as homeless and secure emergency housing.

That night, I slept on the steps of the office, with hopes of being first in line to be housed the next morning. I was five months pregnant.

After waiting for six hours, I was given temporary accommodation. Undoubtedly, it was a drugs den.

When I saw a rat scuttle through the kitchen, I realised I had truly hit rock bottom.

How did I go from being a first class honours graduate to sharing a drugs den in south London with 10 other women?

That night, I was born again. I had so many questions about the meaning of life and for the first time; I accepted that I might have a choice in how the rest of my life was to play out.

It didn’t have to be this way; I didn’t have to be a statistic of things gone wrong. With no concrete plan but a vision so strong, I returned to the local council town hall, pleading to be housed somewhere safer and more private.

I was lucky enough to have a graduate scheme job and so I told them I had the capacity to pay the council rent, and put together a business plan for ideas I had to get me into my own flat in the next couple of years with a private landlord.

Typically, it would take years to be moved from shared to private accommodation. I managed it in weeks.

This became my blueprint for success... to dream big and take massive action.

Over the years I applied it, eventually starting my own consultancy business, earning a six-figure salary.

Years later, when that story hit The Sun pages, I felt paradoxical. It felt good to share my story and give hope to readers who feel they have few choices. But, it was also the first year anniversary of my father’s death and the last thing I wanted to do was give people the impression that my parents 'wronged me'.

Far from it. If I hadn’t been homeless, I would never have hit rock bottom. My hustle to become an entrepreneur wouldn’t have been nearly as tough, and therefore I never would have become so successful.

A couple of years on from the release of that story, I’ve realised that I’m proud of that headline that distilled my experience into a few words.

Thankfully, my stint of homelessness was short. But having nowhere to call home wasn’t the biggest catalyst to my entrepreneurial journey.

I was relying on a 'man' - my kid’s father - and my traditional job to supplement my income and I found it extremely constricting.

After I moved to Australia in 2014, I decided I didn’t want to run the rat race anymore.

After a while, I quit my six-figure job and instead built my portfolio career.

Now, I spend my time across my Engineering Consultancy, the gym I part own in South London, the café I own in south-west Sydney, coaching others in transforming their lives, and on producing feature films about trauma.

In the course of this journey, I learnt that we all hold the power to change our circumstances, regardless of where we sit on the privilege scale. It takes vision, courage, massive action and a little bit of unreasonableness.

I’ve also learnt, it’s worth scratching beneath the headline.