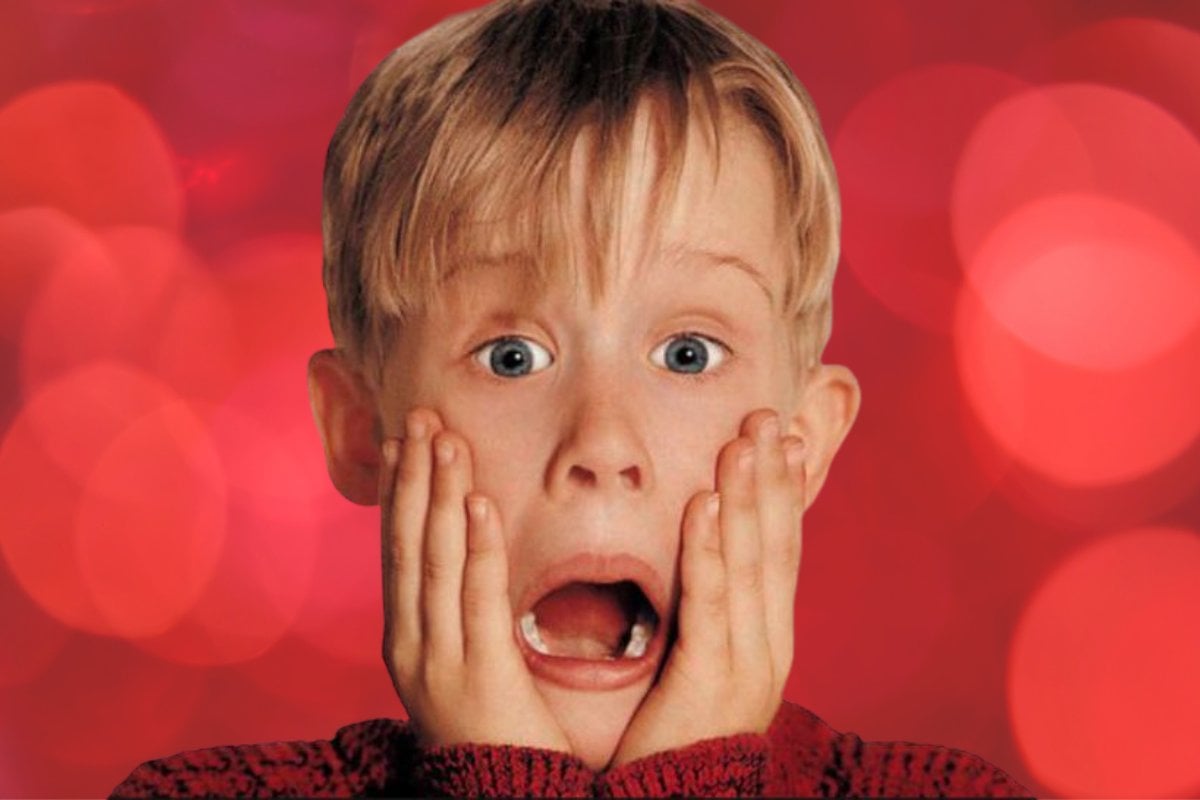 After years of endless rumours, UK television personality Piers Morgan has responded to a long-running fan theory that he played the 'Pigeon Lady' in Home Alone 2: Lost in New York.

On Good Morning Britain, Morgan's co-host, Susanna Reid, showed the audience a photo of the Pigeon Lady, a homeless woman who befriended Kevin McCallister (Macaulay Culkin) in the Christmas movie.

"Can we just have a look at Home Alone 2 because, frankly, it is the best picture," Reid said.

"Lots of people watch Home Alone 2 and wonder if this is you."

Watch: The top 10 Christmas movies of all time. Post continues below.

To add to her argument, Reid shared an image of Morgan covered in pigeons from an old episode of Good Morning Britain.

"Why does this keep coming around?" Morgan responded.

Im not saying Piers Morgan is the Pigeon Lady from Home Alone 2 but have you ever seen them in a room together at the same time. pic.twitter.com/9NBl1VBMX9

While the resemblance between the two is uncanny, it was actually Academy Award-winning Irish actress Brenda Fricker who played the Pigeon Lady.

But although this rumour has been (unfortunately) debunked, there are dozens of fan theories out there about Home Alone that will completely change the way you watch it.

Here are just some of the best:

Kevin's dad is a criminal.

In the Home Alone/The Godfather crossover special we never knew we needed, the Redditor claimed that Peter could be "some kind of mid-level criminal for the mob".

"We never find out what he does," the Reddit user explained.

"They don’t mention where he works, or his background, or anything... But Peter makes enough money to have a wife that doesn’t work and five kids. He also has a house that is worth like $1.5 million."

The Redditor also pointed out a few "suss" things that Kevin's dad does in the film. 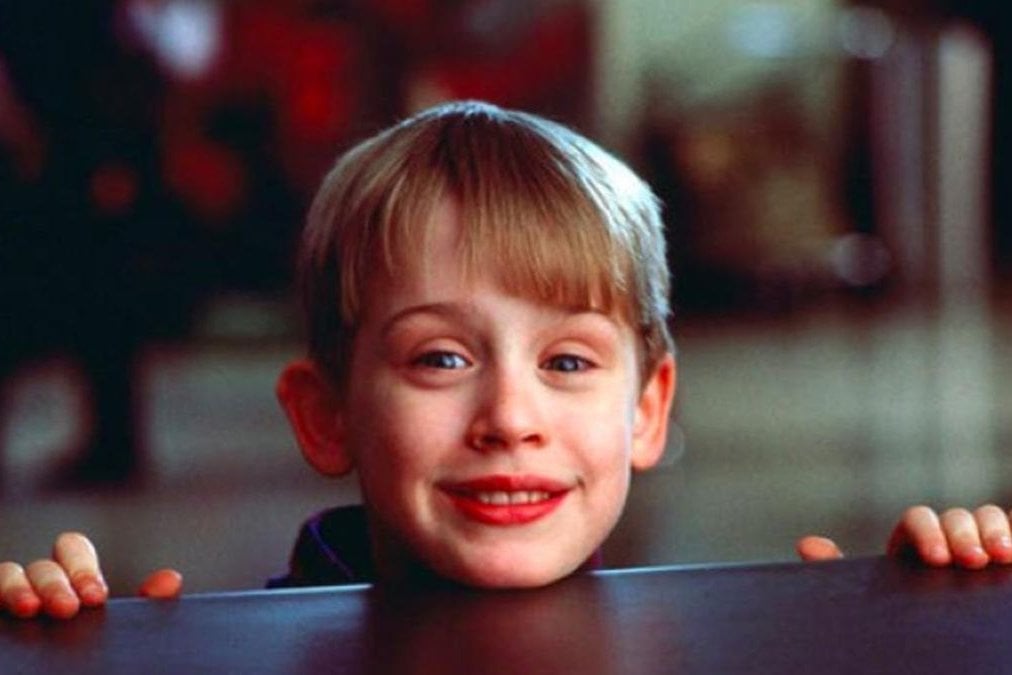 "The very first time we see Peter is when Harry is dressed as a cop scoping the place out," they wrote.

"Peter is WAY defensive in this interaction. All Harry does is ask if he’s the owner of the house and Peter jumps straight to, 'Am I in some kind of trouble officer?' The look on his face is on edge the whole time he’s talking to Harry."

And to be fair, the signs were there all along.

When we first see the father and son interact, Peter scolds Kevins for using his new fish hooks to make Christmas ornaments.

Then, when Kevin and Buzz spill milk on the family's plane tickets, Peter "accidentally" throws out Kevin's ticket.

"He totally knew what he was doing," one Reddit user said.

Similarly, in the second movie, Peter seemingly leaves Kevin behind on purpose in the airport.

Old Man Marley is from the future. 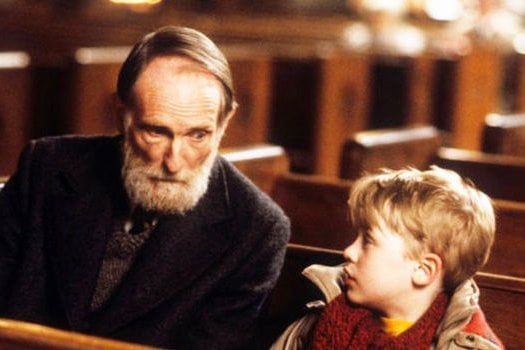 While Kevin and his siblings hated Old Man Marley due to a rumour that Buzz started, he later saved Kevin when he was about to be killed by Harry and Marv.

Over the years, some viewers have questioned whether Old Man Marley is actually Kevin from the future.

As Old Man Marley had family issues, the fan theory suggests that he may have wanted to allow Kevin to reconcile with his own family.

Uncle Frank is the real villain.

In the Home Alone movies, we don't know much about Kevin's Uncle Frank.

He's rude, cheap, and he doesn't like Kevin. But what if Frank is the real villain in the films?

Some fans have suggested that Marv and Harry may have been working for Uncle Frank.

As he wasn't fond of Kevin, Uncle Frank may have hired Marv and Harry to rob the house while Kevin was home, making Kevin the prime suspect. 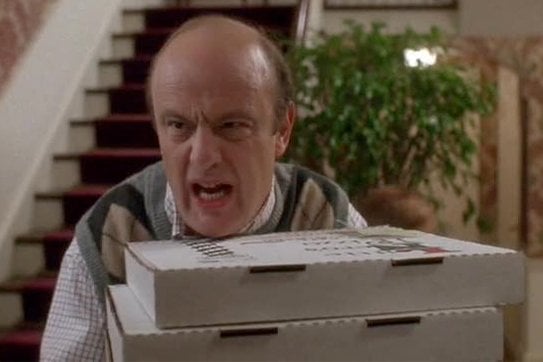 Okay, hear us out.

What if Kevin McCallister is actually... dead?

In an article for The Daily Beast titled Home Alone Is So Much Better If Kevin McCallister Is Dead, writer Erin Gloria Ryan suggested that Kevin is a ghost terrorising his family.

"Kevin is a chaotic spirit who leaves toy cars on the floor and destroys his father’s new fish hooks," she wrote.

"We know everybody hates Kevin because they tell him so, seemingly gratuitously. It doesn’t make sense for an entire extended family to be that cruel to one eight-year-old member. Unless that eight-year-old is a ghost that won’t leave them alone."

Ugh, she's right. It would be so much better if Kevin was an annoying, creepy ghost.

Remember the elaborate traps that Kevin built in the first film?

Well, some fans have connected those traps to those used by Jigsaw. Yes, we're talking about the serial killer from the Saw films.

As one fan put it, maybe attacking the Wet Bandits led Kevin to grow up to be the Jigsaw killer? (Seriously, how do people come up with this?)

"Years later there’s a rash of break-ins in adult Kevin's neighbourhood. Calling on experience he sets a couple of traps, only this time he kills the attempting home invader," one fan theorised.

"Kevin feels a rush like never before and quickly justifies the death as 'justice against the wicked' and begins his new secret life as... Jigsaw."